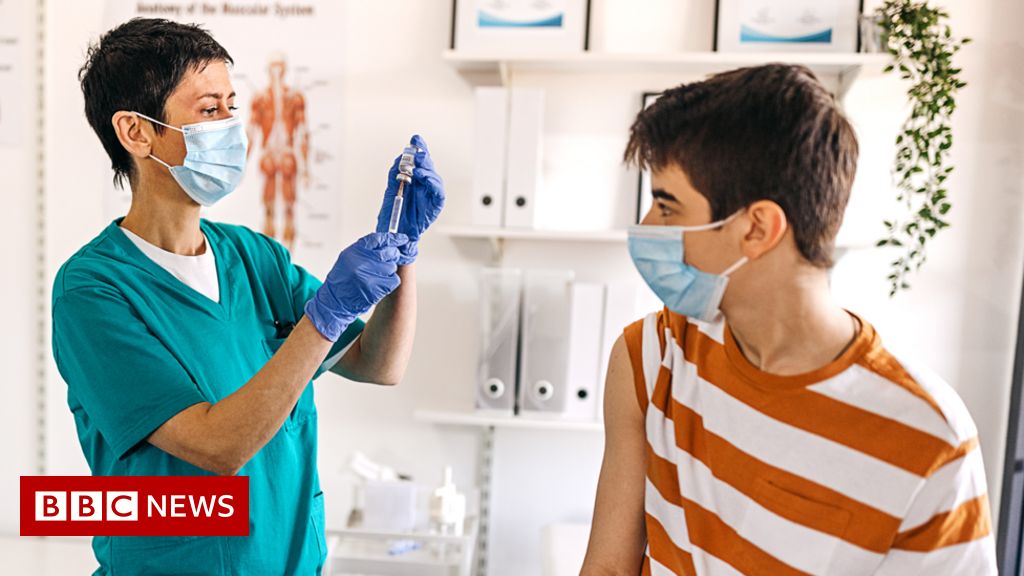 Covid jabs not recommended for most 12-15 year olds

But 200,000 extra children with underlying conditions will now be eligible for two doses.

Does the Food & Drug Administration (FDA) hand over all its testing of new drugs to the National Institutes of Health (NIH), and does that put Dr. Anthony Fauci’s wife, NIH chief of bioethics Christine Grady, in a position to somehow benefit her husband by determining which drugs and vaccines are approved for use? No, that’s not always true… 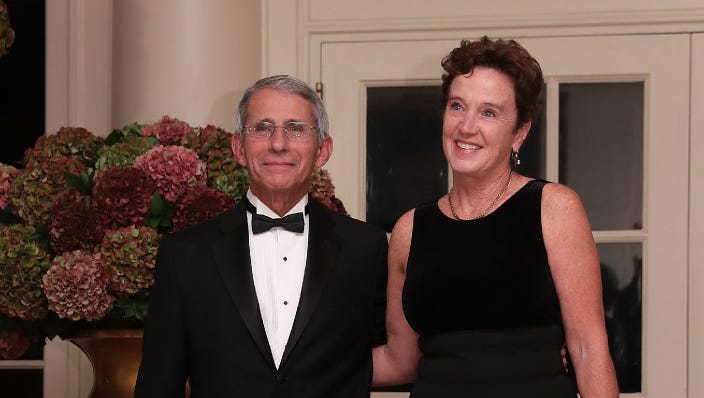 Dr. Anthony Fauci's wife is not involved with the testing or approval for COVID-19 vaccines, contrary to online claims.

FDA does approval, not testing. Never did. Now what is bizarre is that the FDA gave a BLA to the manufacture and distribution of the European version of the EUA Pfizer vaccine used in the US and then put out a press releases saying the US version was “approved” when it was nt.

Whats is even more bizarre is the BLA was given without the usual FDA safety committee review using the partial and incomplete early clinical trials for the US version as proof of safety. This is the only general use vaccine that was used even though there was no valid control group.

Now there is the real FDA scandal.

Fauci is a lying scumbag who has lined his own pockets for decades. But this story is just a deliberate distraction.

A possible update to the two versions of the vaccine…

Looking at some of the original documentation, two vaccine candidates are mentioned (page 9).

So which is which? According to the FDA approvals, anyone know which one is Comirnty & which is the other one? Or is the difference between the two vaccines in the approval documents something different?

The US version is stuck in the 505(b)1 process. Which is how it got the EUA. The problem is once in the process it cannot escape the 4 to 6 year timeline once the EUA is removed. Which is must be once the state of emergency is declared over. Or proved to be illegal (Which it was)

The license to manufacture the European version and then try to ram it through the BLA process (which is for something quite different) is to get around the 505(b)1 problem.

What they are trying to claim is that if you can get a BLA for a European attenuated virus influenza vaccine then why cannot you get one for BNT162b1/2. The fact that the influenza vaccine is a standard vaccine type that has been used for decades is irrelevant to their line of thinking.

Just more legal hand-waving with no basis in law. Just like the original HSS Emergency Declaration in fact.

Not sure if this has been covered here. But the WHO is spying on everyone…

What did I say.

Despite constant public service announcements and messages about the benefits of being inoculated there are still people who are vaccine hesitant if not completely vaccine resistant.

Wow so you’re telling me there’s a whole caste of Based Irish Karens that I never knew about.

Although when I attended an anti Roderic O’Thatchell protest last year I did remark on the high number of such women.

…and racist and possibly even given to religious beliefs which are tied in with conspiratorial beliefs!

Always that fu**ing kip
I was described similarly in 2005, 2006 etc - completely irrational

Most detest rainbows and unicorns 80% of them believe that at some point they were abducted by aliens and brought to Mars and forced to undergo abnormal medical experiment’s before been transported back to earth. most likely to live in a warehouse with others of the same ilk have a tendency to dance naked to the moon usually they have unnatural coloured dyed hair or no hair at all most bite their nails some are known to have more than two breasts sometimes more than 1 of the other. the majority of them hate dogs but have a preference for cats usually named Pussy,

A large amount is left-handed although they read from right to left most refuse to eat gm food and have a penchant for cabbage quiche. they are also known for chomping on coal.

My study found that overall, they prefer musical instruments than smartphones (all most 78% could play the triangles) although 89% had a television only 0.01% got their news from the national broadcaster, more than 83% when asked what was their favourite part of Irish print media? they responded (lighting the fire).

To sum up compared to most Psychologists they are extremely rational people with a will to remain healthy and believe in the Latin phrase dum vivamus vavamus therefore I recommend that a concerted effort be made by those who feel superior in every way to double down in order to mind fuck them into line.

You are far better qualified than Hyland…

Yet another PhD who knows fuck all about nothing…

Given vaccine hesitancy (as it has been described) is higher in migrant or minority communities across the board, Professor Hyland is likely talking out his hole.

Maybe he pulled the script out of his hole after a bottle of mothers ruin a few spliffs and a phone a friend, If he had not got a phd they would take all his digitial devices from him give him some crayons and encourge him to draw rainbows.
I find it embarrasing and I am sure Maynooth also do that somebody in his position would write such misogynistic drivel, if instead of sterotyping females aged (35-44) he sterotyped members of the LGBTQ community he would be placed on gardening leave and probally never work agian, (in Ireland anyway) Leo and the rte gang would see to that.

The Western Australian government has declared the COVID19 a POISON. View this link:
https://www.wa.gov.au/government/publications/public-health-act-2016-wa-instrument-of-authorisation-authorisation-supply-or-administer-poison-sars-cov-2-covid-19-vaccine-australian-defence-force-no2-2021

So Delta not more dangerous

No difference in risk of hospitalisation between reported cases of the...

I don’t think anyone really thought that Delta was more dangerous, It’s just the fact that it spreads easier than other variants. That could be a good thing, if a weak, but highly infectious variant gets “out there” and infects as many people as possible, thus giving them the natural immunity to protect them from a possibly dangerous variant in the future.