20% of you will need hospital support, they’re the facts that you’re wilfully ignoring. The virus is real and dangerous and if you know any nurses or doctors they will confirm that.

Happy to confirm that yes Covid is real and has a high mortality in the elderly. For myself, 20% risk of hospitalisation is a huge overestimate. Oxford University calculates my risk of hospital admission as only 5% if I do catch coronavirus. My risk had been lower last year, but my BMI has crept up

Apologies - I was out walking. Perhaps we can lower the temperature a bit. Facts and data have made no impact in this argument. Polarisation is not going to solve anything.

Thank you for opening a topic - that nurses in Beaumont are highly vaxx’d. I can see why you would be drawn to that argument. People who are medically literate should have a higher quality decision mechanism. It sounds convincing. But it fails Numeram, argumentum ad. Just because a majority does something does not mean it is the right thing to do.

The first issue has already been raised - the 4% figure is entirely unsubstantiated. But lets say the figure is 20% for the sake of argument. Astonishing pressure and endless media barrages are directed against citizens to get the vaxx. Nurses and carers have been in the front line for this abuse. Anyone who raises questions is immediatelty deplatformed and most liked dismissed. There is a climate of fear. Loss of employment, loss of livelihood, loss of home etc. Getting the vaxx is an easy way out. And yet in the USA thousands have taken the choice to lose their jobs rather than give in to this tyranny. Hospitals have had to close due to lack of staff or walk back their mandates. Thats interesting - don’t you think.

Then there are the experts in the field. A whole swathe of the most published medical professors in the world have come out with warnings about the vaxx including the inventor of the technology. On one hand I have independent medical experts and on the other paid for opinion. How does one reconcile the massive gulf between them.

Obviously as a lay person I can’t. But I can be circumspect about what is being promoted. When the side pushing the vaxx throw 3 million Italians into poverty to enforce their view I am massively influenced. By their actions so shall they be judged. Lockdowns were science too - except they were and are nonsense.

Now I am just a free thinker just like you. Are you not even curious ? Does this sound to you like proportionate action or health promotion ?

You face a new problem. The vaxx does not last long. You will need boosters every 5 months according to Biden. The problem is that this itself will cause your immune system to be diminished. You need to start considering the impact on yourself of what you are trying to enforce on others. I would advocate the precautionary principle.

Well you don’t seem to give a damn about whether I get any adverse effects from a novel mRNA or viral vector vaccine. You also obviously don’t think they work as you don’t trust your own vaccine to protect you. As far as I’m concerned you are the one who is being selfish, expecting the rest of the world - including children - to be coerced or forced into injections that you don’t trust to protect you anyway.

The elderly are vulnerable with or without vaccination. They are not as effective as originally claimed. Israel is planning fourth shots already. How many will you take? Three? Four? Fourteen? Insisting that the country stay in lockdown until a highly mutable ssRNA virus, present globally & with animal reservoirs somehow magically gets eradicated?

It’s shit that Covid has come along. Personally I want to know where from. But collapsing society by increasing isolation, breaking social bonds, polarizing society & economically ruining the country is now my bigger fear than Covid. That & being in a Black Mirror digital social credit system episode.

Do you have the link for the adverse reactions stats handy?

Also you don’t know how the virus could affect you. Yes you are at a low risk you are not at no risk. If it progresses and you need hospitalisation you’re looking at huge financial and long term health risks too. The smart thing is to get the vaccine. The research is there and the numbers are in.

I consider the vaccine to be like playing Russian roulette, the same as getting COVID.
I’ve already had COVID, so I am not prepared to play that game twice. 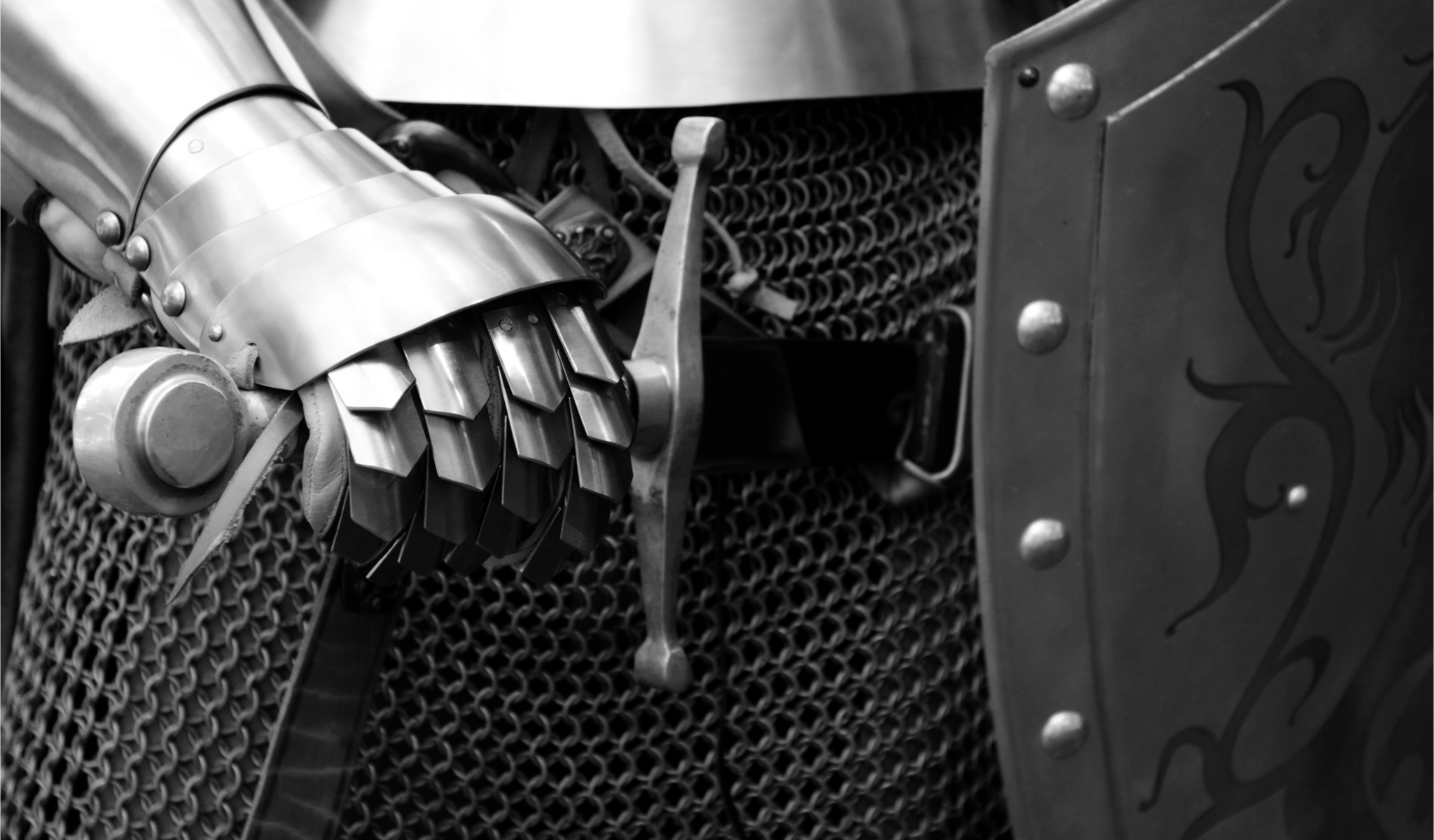 This follow-up chart is a list of 81 scientific studies and evidence on natural immunity to allow you to draw your own conclusions..

How would you know? ( that you had recovered from covid)

Considering, 1 in 3 people who have COVID-19 have no symptoms.

Also from that link you posted.

It’s a novel genetic therapy, not a vaccine.

You know the virus is constantly mutating?

The genetic therapies available today were designed for a virus in circulation +6 months ago.

Only 1% of those who died with Covid in Ireland were under 45 years of age. One per cent. [image] IFR as estimated by Axfors & Ioannidis for various age groups, compared to some general life risks. [image] 80% of the 118 most recent deaths were vaccinated. Median age of death is still over 80 btw, so the vulnerable have remained vulnerable, despite vaccination. [image] The vaccines are not as effective as originally claimed. Even de Gascun is admitting it, the CDC etc. [image] Even tran…

So it seems that they’re finally admitting that vaccination has not succeeded in defeating the virus. Yet they’re still insisting on vaccination for all!

Return of Covid restrictions can't be ruled out - NPHET

The National Public Health Emergency team has told the Government that should the latest changes not have a sufficient effect on the profile of Covid-19, the re-imposition of public health restrictive measures may be warranted.

NPHET has repeated previous advice that with the Delta variant being highly transmissible, it is unlikely that vaccination alone, even at the high levels of vaccine coverage that Ireland now has achieved, will bring the effective reproduction number below 1, such that Ireland will achieve suppression of the disease.

As a result, during the autumn and winter, possibly in the face of high levels of infection, Ireland will remain dependent on public understanding and buy-in of the basic public health measures.

I will archive that because it will probably change. It’s disastrous for the narrative the State wants to set. Fergal is being unhelpful !

“ If you are running a business that is bringing people indoors, check for vaccination certs

New reopening plan: No capacity limits on weddings, and nightclubs to reopen

Varadkar warns ‘pandemic isn’t over yet’ as masks, Covid certs and table service to remain

A business. Encouraging businesses who feel like it to keep the scum out

Are they going to be handing out six pointed yellow stars to the refusnics!
It sounds like they’re playing the blame game as desired.

Well - the site has been busy while I was away. Again - I’ll try and engage with your points.

4% number. It is very hard to accept much of what we read and see and hear from the media these days. Especially the print media which is massively dependent on government subsidies (via positive messaging for Covid19). You can see the co-ordination in the past few days with the multi channel vilification of those not taking the vaxx. Long ago I used read the Irish Times as the paper of record. It has turned into a woke charnel house with opinion for hire. Do you not remember the drum beat for war in Iraq from the media 20 years ago ? I wish we could trust corporate media but that ship has sailed. I did concede however that the figure could be 20%. I actually have no proof of that but sure neither do you. What we can say with absolute certainty is that all official statistical messaging on Covid has been biased with wild assumptions and claims (Neil Ferguson anyone). I futher note that astonishing revisions of cases for young people have been necessary in official stats in America where cases had to be reduced from 900,000 to 63,000. The list goes on. One is reminded of Lies, Damned Lies and Statistics.From a data point of view the question is always more important than the answer. Again I ask you to consider alternative data points and findings and look behind why they say what they say. The answer to life the universe and everything is 42 but the answer lacks meaning.

I don’t think my GP is an outlier at all. I have been using him for 30 years and he has been excellent at every turn. I do believe that GP’s are terrified of being sacked for asking questions.

The selfish argument. Well …really ? Another logical fallicy - appeal to emotion. On this basis anyone who ends up in ICU is selfish. Heart attack when over weight, stroke from lack of exercise in old age, cancer from smoking, just about any operation and who do you think you are driving a car and being in an accident ?
Also you treat the heath service as a zero sum gain. When TB was rampant we built hospitals specially for those patients. Loads of them. Instead we have 9 extra ICU beds and we cram everyone into an overcrowded hospital where they pick up Covid.
The evidence in countries that did build hospital capacity (Nightinggales in UK, Military Hospital ships in USA) is that they were not required. So hospitals were not over run. And this was when there was no vaxx.
I do accept that the vaxx does indeed reduce admission to ICU and quite dramatically. And this is one of the positive things to draw from it. Look - we can agree on something. I also accept that death rates are up since summer well above 5 years averages - why I don’t know. But it is concerning. My suspicion is that the more vaxx you take the less effective it will be and within a short period, maybe 2-3 years it will be ineffective. And still my chances of dying or long covid are miniscule - or acceptable (to me anyway)
I have been a significant top rate tax payer most of my life - pay for expensive medical insurance so I think I am entitled to a service. And finally - give me access to treatments and I won’t even get sick let alone darken the door of the hospital. Actually I would happily swop access to ICU for access to the treatments (I’ll pay full price). Would you accept that ?

Again you seem very anxious. Many of your replies are ill tempered and shouty. Your argument has convinced no one here. Surely you can persude us of some part of your position through engagement. I am by no means absolutely certain of my stance. As new evidence arises I will be defintely considering it.
Consider your anger and why you feel so emotional in your argument. Your subconscious is fully aware that something is terribly amiss. Cognitive dissonance is real and causes great stress, We are seeing this being fanned by those who seek to blame the unvaxx’d. Be very careful - this anger can lead you to dark places.

Take care of yourself.

This is by a journalist working for one of Germany’s main national broadcasters. It is long but thorough & worth a read. He is utterly frustrated with what is happening in journalism.

Thanks for sharing that Diana.

If a publicans federation are dispensing medical advice that sets a very dangerous precedent would you not agree?