The Vaccines Cannot Do What Is Asked of Them

A universalising pandemic ideology blinds our leaders to the strategic possibilities open to them, and compels one policy failure after the other. 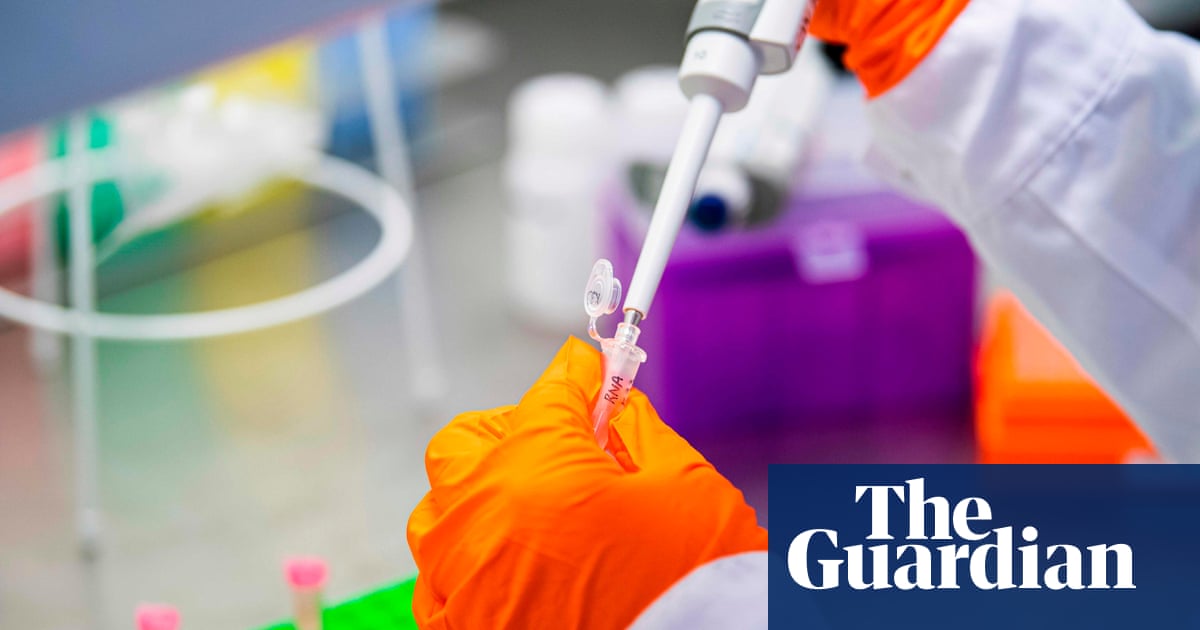 Flu, cancer, HIV: after Covid success, what next for mRNA vaccines?

Yea, I mean we know the Guardian is full globalist, full menace, one world voice.

It is one of the most remarkable success stories of the pandemic: the unproven technology that delivered the Moderna and Pfizer/BioNTech vaccines in record time, helping to turn the tide on Covid-19. The vaccines are based on mRNA, the molecule that instructs our cells to make specific proteins. By injecting synthetic mRNA, our cells are turned into on-demand vaccine factories, pumping out any protein we want our immune system to learn to recognise and destroy.

The ovens aren’t even cool and revisionism 101 is the order of the day, but you gotta love how they let slip they were and still remain experimental in the opening line, but what about that total fucking misdirection “vaccine factories”, wow, gmo-human spike protein factories that kill the host if it’s a bit too good (millions in the end, whoever it ends).

She’s just another idiot with a pointless PhD. It looks like a glorified masters thesis by the sound of it. Anyone who chose recently to go into a low paid dead end career like journalism is obviously not the brightest spark. She’d make more money and have better career prospects working in QA.

She wrote a particularly stupid article about the guy who was fired from Google for pointing out that the reason there were so few woman in tech positions is because of very deliberate career choices made by women. Math is hard, but the bio-sciences are easier to cram for. And project management is easier than churning out code.

Never seen any complaints from these people about the fact that some bio-science / research groups are > 70% female. Or that some depts in tech company are 70% / 90% plus female. And have been for decades. Every tech company that was nt an early stage stage up < 30 employees was always about a 50/50 split. For at least the last four decades.

As I said, a typical idiot who writes for the Guardian.

26*c in Isreal and going upwards and some cunt on rte is waffeling on about how their booster programe is such a success.

I’m not sure which is worse Irelands Clown Footprint or it’s Cunt Footprint, the “carbon footprint” certainly pales in comparison to either of these millstones.

Questions from “accredited” media only in NZ, for what seemed, in my estimation, to be a fair question.

Indian TV outline the detail of how the Gov led Pahram Coups have been enabled, guess you’ll never see this on RTE Deal with the Devil

Pharma Co’s don’t need to do elections but if they did they’d probably get 95% of the vote.

Man she’s appalling at the false nose scrunch empathy facial expression. She probably has the most transparent facial and body langue tells of the lot of them out there.

Nicely done all the same. Burst the MSM reality bubble.

It’s not bizarre either see:

'I consider it murder!': A grieving father cries out to warn others about COVID...

'I consider it murder!': A grieving father cries out to warn others about COVID vaccine

Ernesto Ramirez has journeyed to Washington, D.C. to honor his deceased 15-year-old son who died after taking the Pfizer vaccine. Ernesto is joining together with other vaccine victims to call attention to the scandal of a massive coverup of tens of thousands of deaths from COVID vaccines. Help Ernest warn others out the shot at

A Savita every shot… not!

Well what do you expect from someone who never had a real job in her life. And was once the prez of a bizarre Communist international “students union”. And they once joked about Muldoon being PM only because all the sheep voted for him.

Andrews in Victoria is a genuinely nasty piece of work. He most definitely knows what he is doing. If tomorrow he though that have public show trials would bump up his opinion poll numbers he do it like a shot. If the tradies had not revolted I’m certain he would have started jailing lots of people by now. Jacinta on the other hand is just a thicko. Who is a dab hand at small party internal political and looking half way presentable in very favorable staged pressers on TVNZ. But ask her a real question and that video is exactly what happens. She is Simon Harris levels of stupid.

This is in the British Medical Journal… they have published other editorials etc. of interest already.

“…the company falsified data, unblinded patients, employed inadequately trained vaccinators, and was slow to follow up on adverse events reported in Pfizer’s pivotal phase III trial. Staff who conducted quality control checks were overwhelmed by the volume of problems they were finding.”

Nine of the trial’s 153 sites were inspected

The complaints relate to 3 sites run by Ventavia Research Group.
All 3 it seems were in Texas.

Things that make you go hmmm…

Meanwhile in Japan, new cases are at 221, yep thats for all of Japan, with over 20 times the population of Ireland. In Tokyo yesterday there were 9 new cases and today it is being reported as 18.

John Hopkins put the national injection rate for as of now at:

Yes yes the covids killed him. Not the Clot/s from the Clotshot. Ok. 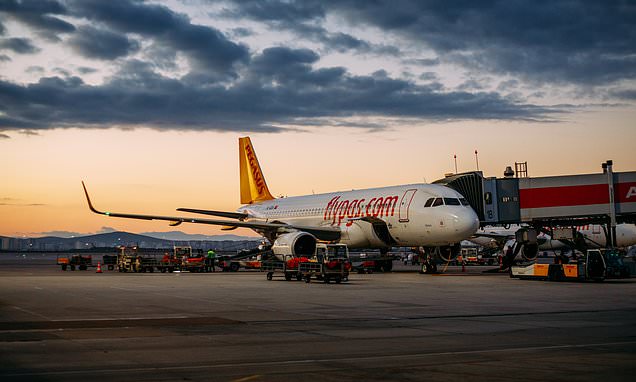 A fully vaccinated plane passenger, 51, was infected with coronavirus and found dead in his seat on Pegasus Airlines Flight 1043 from Istanbul, Turkey, to Hamburg, Germany.

What a Red Button Dilemma the media where faced with on this one.

Only a lose lose headline.

Injections Cause the New Waves

If you hadn’t suspected this already then… this was posted to twitter in April.

From @ingo_keck, analysis showing the entire 3rd wave in Germany is correlated tightly with vaccine doses Blue: 7-day average cases Green: (rescaled) vaxx doses 17 days in future Basically, since the 2nd week of February, case numbers are 3-7% of vaxx doses from 17 days ago 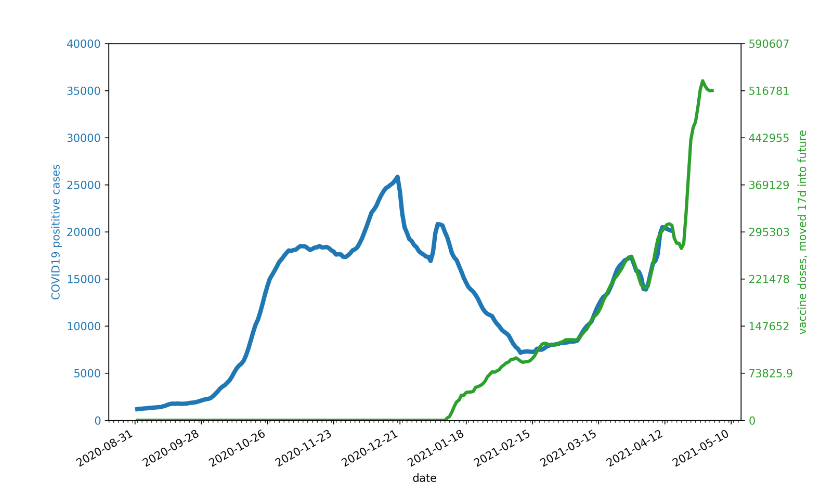 One of my colleagues has been vociferously pro vaxx. Last week his wife got the Rona. Other shoe dropped this morning. Now accepts he is going to get it and its not so bad ! Wonderful to watch a mind wake up and start to think.

Had she been injected too?

The regime are trapped in their vaccine walled garden and can never admit there is no shaggin’ wall other than a wall fo lies, built on the mother & fathers of lies, the bogus PCR testing regime scam.

The floodwall of vaccine protection is holding tight despite a surge in Covid-19 cases, according to the Health Service Executive’s Chief Clinical Officer.

Yea so what’s causing the bonus winter, you know the hospitalisations out of season that began 4 months ago where hospital staff have “never been busier”, could it be ADE, Adverse Reactions like Clots and Heart Attacks and more clots and some COIVD19 complications and mysterious “short illnesses”

Hey folks, no need to worry the Covids wont get you but your nuked immune system (yea who needs white bloods cells anyway { Leukocytes} pafff!), but the damp wall of deflection means you might catch a cold, the common cold could floor you for good. (AIDS+)

However, he said that hospital and ICU figures have stabilised somewhat, saying the “harm they [the cases] are converting to is much lower than in was in January”.

At least it’s not January! The script, the script must stand… ok, so lets see the overall ICU figures now, the coivds doesn’t mean anything, let’s have a look at the you ICU and Hospitalisation figures for ALL admission and discharges.

Dr Henry said that vaccines alone will not prevent transmission of the virus and he appealed to the unvaccinated to get the jab or to take up any outstanding boosters.

This lad, these lads, what a gang, what a shower of cretins. Donnelly was in the Dail calming another TD of spreading the same misinformation!

Make up your minds lads you either saved the world or you have poisoned everyone who has taken this poison and you’re jsut hoping they don’t figure it out before you booster their chance of exit sooner rather than later.