They who have presided over this, own every bit and part of the death and destruction they have visited upon the unsuspecting masses.

The HSE Chief Clinical Officer said this surge is a different shape to the previous one and it has a long slower upslope.

ADE Surge, Adverse reactions Surge, Staff Shortages Surge, Death by Protocols Surge, Delayed treatment Surge, (what surges did I miss?) has the hospitals stuffed and busier than ever, unseasonably busy since the summer.

Oh yea, the ongoing surge in the bogus testing regime. The one where you test healthy people with a faulty test and claim it’s accurate! Yea that one.

The cases bare no resemblance to the hospitalisations, even though on first look it might seem that way, correlation is not causation in this case.

Firstly, the hospital testing volume is actually on a very stable cycle, while demonstrating a similarly stable slow decline since the summer. Yea. The trend in testing for the Covids in the hospitals labs has been in decline over the past 4 months.

You would think with rising hospitalisations, you might see corresponding dips and peaks in the hospital lab testing, but you do not.

I’ve posted the graphs before. All the peaks and dips but mostly surges occur in the the volumes of samples for testing going to the external labs, and before the beginning of the summer surge in cases that are suspected cases but not clinical cases in July, well, the volume of testing surged approx 2 maybe 3 weeks before that new trend began, the trend that is currenlty unrelenting for the past 4 months, the one that is only really now making the headlines everyday, right now.

See, when you need to cover up the mass poisining and wrecking of peoples bodies with the genetic genocide, what better than to ramp up the bogus testing regime, cry about the cases to cover up the actual harm done by the deadly injections, even if it undermined your vaccine efficacy narrative. The stairs are really high. The highest.

So in those 2/3 week leading into July, the testing volume ramped up to the external labs.

They are very good at timing this to cover up or set their agenda, but it only works if you believe the bogus cases of suspected cases are actual cases, like real sick dying cases filling up the reception area of A&E spilling out into the carpark, they are not, they are a lot of test results, they are only tests results, they are more test results the they are clinical cases, or cases of anything at all.

They use the approx. 3 months heads up of the game in the US to stage set, prepare and gerenally manage the info flow auto manage public expectations - it’s probably being managed globally by the Pharma companies PR departments. The Regime reads the centralised but regionally times script, the media shuffle the cue cards they are given and the people think they are being saved, though I feel there may be a new and stable reversing in the trend of such a trusting sentiment.

Anyone who reads the US knows this to be broadly true.

It’s a pandemic of the propagandists, using let’s pretend cases.

"Over 75s remain a particular concern.

The HSE is seeing and increased presentation of over 75s at emergency departments.

He said there is normally a 25% admission to hospital from EDs, but that increases to 50% for over 75s.

Delayed care and frailty issues are some of the main reasons they are being admitted, Mr Reid said. "

““If you are not vaccinated, you are really at extremely higher levels of risk. Nobody is making any judgments. It’s never too late to come forward,” he said. .”

Tánaiste Leo Varadkar has said Covid-19 case numbers will reach around 4,000 today or tomorrow, partly because of a backlog of unreported cases.

Do they ever stop and think just how many of those over 75’s would be in ICU or dying if covid was not around! People over a certain age do have a habit of dying for any inconvenient reason.

At 4k per day with typical symptomatic rates and detection rates for HCOV’s that would mean than according to the Government somewhere between 200K and 400K people have a SARs CoV 2 infection as of today. Between 5% to 10% of the adult population. Or given the demographics of symptomatic infections between one third and one half of everyone over the age of 60.

Even with the high cross immunity rate for younger people < 55 that should mean every single in Ireland should know at least one or more people incapacitated in bed with one of the worse 'flu’s they have experienced.

Not happening. Those numbers are outright lies because anyone with even basic infectious disease knowledge and some very basic maths can do the calculations above.

Even with the high cross immunity rate for younger people < 55 that should mean every single in Ireland should know at least one or more people incapacitated in bed with one of the worse 'flu’s they have experienced.

I thought everybody will get it eventually, no?

perhaps, how would the majority even know

I thought everybody will get it eventually, no?

I was looking for this, kind of important.

"SAVE THE BANKERS,
KILL YOUR CHILDREN,
KILL YOURSELF"

Nobody is making any judgments

John McGuirk tweeting about the vaccination rate in ICU admissions over the past week - 78% were fully vaxxed.

That & the vaccinated deaths have been tweeted about before, but obviously no traction with MSM to date. 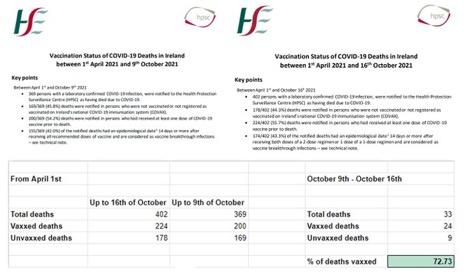 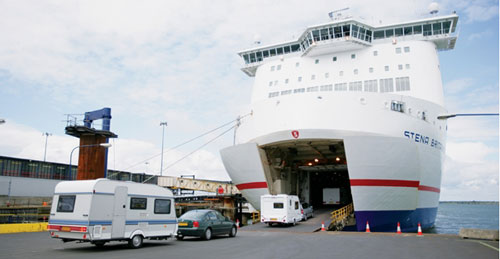 Baffled by how this could be relevant 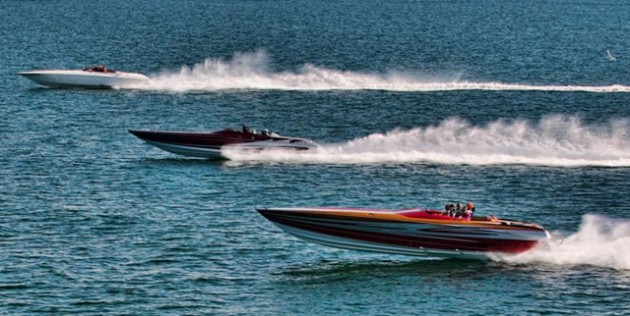 Even in Feb 2020 when all the evidence pointed to the R0 < 3 that meant that after primary wave and secondary wave no more than 40% of the general population would get it in the first 3 to 5 years. Its basically (1 - (1/R0)). The same as the base vaccination value. Its the percentage when community spread burns itself out and you just have low frequency random cluster outbreaks. In a winter season outbreak pattern.

When the very distinct age distribution started showing itself the following month (March 2020) with almost zero probability of serious symptomatic infection for those under 25 that meant that the 40% or so who had a high probability of getting the infection would be > 55. So from the very beginning only those over 55 and with a high risk (PSI/PORT score ) were at any risk of a serious infection.

What is interesting is that from recent serological studies is that all the lockdowns have done is shifted the 40% infection equilibrium point from Winter Season 2 to Winter Season 4 or 5. And the mortality numbers show there has been no actual serious increase in general morality from respiratory infections.

So SARs CoV 2 just ended up mostly killing people who would have died anyway. Mostly > 75. In most countries the median age of death from “COVID” is over 80.

At least from the UK and US numbers this is the first pandemic in history where there was no large short term increase in general population mortality number. And as it was community spread at least two months before the lockdowns started they had nothing to do with this outcome.

Grand so, I thought everybody would meet the thing eventually with of course varying outcomes…

Its just like the flu. Its around a 40% total infection rate for the whole population when a novel version pops up. With a 5 to 10 year reinfection period. Although often asymptomatic or very mild the next time around.

So over a decade or two you might get up to a 60% penetration rate but as new major variants pop up about once or twice a decade and minor variants every few months they tend to displace the current mix. H3N2 first appeared on the scene in the 1968 pandemic and by the end of the 1970’s has been one of the main seasonal flu variants for extended periods of time over the decades. Although at its in the form of almost annual new minor variant it sort of resets the infection rate clock. But with such high cross immunity between variants its only the once a decade pandemic flu variants that make a big impact.

Which is why the flu shots are annual and are often not that effective. Too much of a moving target. Plus vaccines really dont work well with old people.