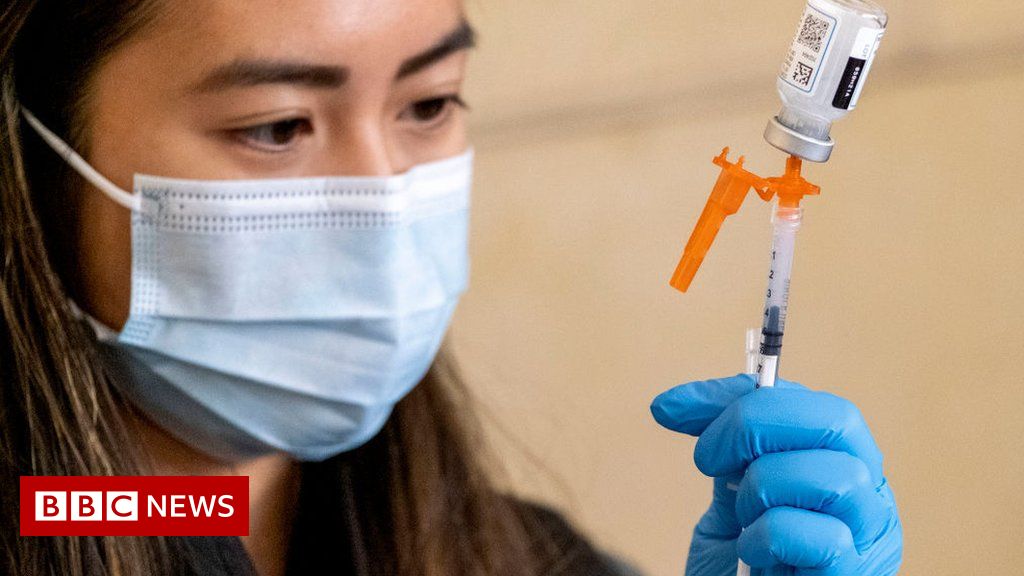 The ruling marks a major blow to a central pillar of the White House's strategy for tackling Covid-19.

#MandateMonday to #FuckedFriday, where does the regime go from here here?

Well you know what the papers will be full of tomorrow…

I have a vague memory of a video were he was lambasting ward & parkes, didn’t seem to happy with them and some others but I wasn’t finding that video to engaging at the time, so don’t really recall exactly what it was all about, but then you’re into the world of UFO’s and stuff with Cliff, many don’t get this, and sure isn’t that the world of myths and legends and psychological operations exist.

Maybe he’s been a black-op influencer all along, anyone who is military kid, ya know, makes you think, they’re in the same club as Courtney Love, Jim Morrison… who else eh?

Next you’ll be telling me pop culture since the mid 60’s has been one long manufactured cultural revolution… sure that woudl need cultural ambassadors, influencers and handlers surely? I can’t think of anyone whom springs to mind…

These lines of thought can continue over at the Kung Flu topic.

Who knows? Seriously. It’s something, but why & by whom? But even Twitter is pointing out that today is another delta. 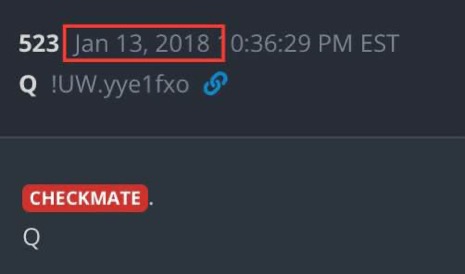 We’re all aware as well of the isolation and the impact that has on mental health.

Very telling. We’ve spoken about the mental health avalanche ongoing. But it must be getting to immense proportions that he’s worried about the coming tribunal he’ll face - kids rocking back and forth in school like Romanian orphans, extreme behavioral issues and development milestones missed in toddlers because they can’t see faces. I wonder if he just sees reports showing the Ritalin prescriptions issued doubling in under 16s and thinks ‘oh shit, I’m f*cked’

Have the UKHSA accidentally released data that they've been trying to suppress?

Summary: UKHSA appear to have inadvertently released data that appear to show that the vaccines have now substantially increased the risk of covid infection, offer little protection against hospitalisation at the 9 month point and might even increase...

I have spoken before about the need to consider deaths up to 60 days after the first positive test, rather than the more commonly used 28 days.

If the UKHSA have released two-dose-only data then it appears that the vaccines substantially increase the risk of infection and that protection against hospitalisation and death wanes to zero after approximately 9 months and there are strong indications that it might even result in a substantial increased risk of death after this point.

The data suggests that those that have been vaccinated need to have the boosters to keep their risk of becoming infected low, have no residual protection after 6-9 months and might even have an increased risk of death after approximately 9 months. Of course, they can simply take their regular booster dose to keep their risk of infection and death lower than that of the unvaccinated — but is that what they understood would be the case when they were originally offered the vaccines? And, of course, there is no guarantee that they won’t be affected by serious vaccine side effects as time progresses and the number of doses increases…

There is another explanation — it is possible that we’re seeing the same effect that we saw earlier in the year with the first and second doses. That is, that they’re avoiding giving the booster dose to those close to death for reasons other than covid. This would concentrate those individuals into the two dose group, and as that group has relatively few people in it for the older age groups this will give the appearance of increasing death rates in the two-dose-only group. While this effect will have most effect on deaths other than from covid, at least some of those close to death will catch covid and because of their frailty they will be more likely to die with their infection.

Of course, there is a consequence if this is the case — because the boosted population excludes those most likely to die the vaccine effectiveness against hospitalisation/death will appear to be much greater than it is in reality.

It is unclear whether these two dose only data show a real increase in risk of death from the vaccines, or if it is actually an artefact due to concentrating those most at risk of death into the two-vaccine-dose group — but, either way, the vaccines are not performing anywhere near as well as we are being told.

The long, slow climbdown begins…with the pretense of everything being managed, controlled and based on “public health” advice… 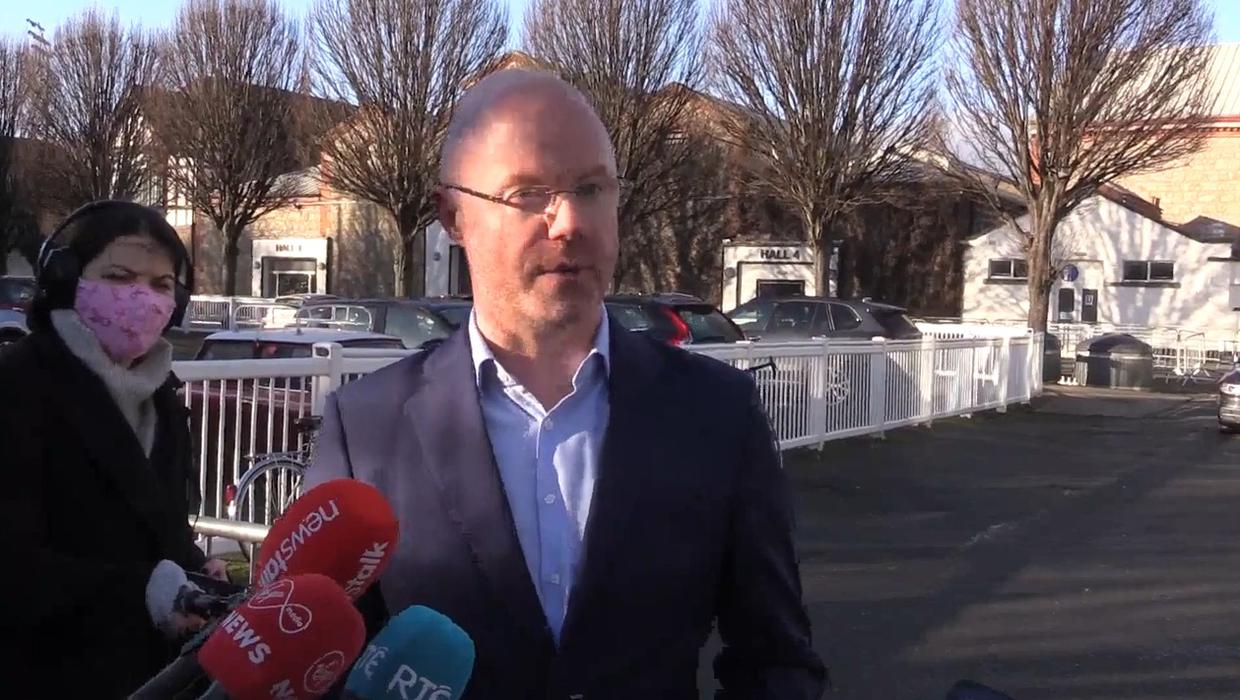 Health Minister Stephen Donnelly has said pandemic restrictions can only remain in place while there is a strong public health rationale for them.

Yes Indeed as posted yesterday here Coronavirus 2020 Minister for Pfizer one of too many Snakes.

Maybe next time we can follow science instead of The Science, wha?

All getting tired playing pandemic now

to demolish the “vaxx for society and to save hospitals” message:

even if it’s just a push and you trade a doubling of case risk for a halving of hospital severity, you have a doubled risk of having the virus. so you have doubled your risk of spreading the virus and doubled the risk of everyone around you, vaxxed and unvaxxed alike.

have we created a prisoner's dilemma?

I would predict pubs and restaurants (and cinemas, venues etc.) will open fully here before the end of January…the momentum is gathering at a pace.

Shops, bars and restaurants in a southern Dutch town have opened in a protest action that underscored growing anger at weeks of coronavirus lockdown measures

From walking around, it seems to have gone from everyone out on the street with plastic glasses and the door locked behind them at 8PM on the dot, to last orders at 8 with drinking up time till 8.30, to seeing people still inside drinking after 9 in the last week.

For the love of God, let it go Brandon

For the record The 2019 4chan post (archive) - Attack Of the Virus Fore Knowledge?

You have to watch this.

Yesterday I was in the Royal Courts of Justice hearing the child vaccination case. Two things struck me: 1. The people at the ONS have lost their moral compass 2. Numbers don’t cut it

Everyone in the court agreed there had been a statistically significant rise in deaths in males 15-19 since May. The ONS also agreed that this needed investigating. Noone claims to know why.

Apologies for length, unsure how to shorten without losing;