If no other institution or forum will rigorously scrutinise the science and data behind public health orders that affect entire populations, then the courts are our last remaining hope in which to test the substance of the health advice and government decisions. That is the key significance of the Indian Supreme Court’s decision.

No person can be forced to get vaccinated against COVID-19, a two-judge bench of the Supreme Court comprising Justices L Nageswara Rao and BR Gavai ruled.

Therefore, vaccine mandates are not “proportionate”. In a further twist that will bring joy to Covid vaccine sceptics everywhere, the Court directed the Government to facilitate the reporting of suspected adverse effects on a publicly accessible platform.

The flu season in the UK

I shall conclude that the government is more dangerous than any virus.

Yes, they have poisoned the Mothers Milk.

We are witness to a level of EVIL as Zelenko commented, that is beyond the comprehension of most, but it’s hard to fathom when the media has been turned into a daily gas chamber for the mind, but there it is, there it still is, pretending to save you, save everyone, always trying to have power of you.

Right so, remember that sudden rise in RSV in children in 2021?

Straight up that smelled an awful lot like a media delivered cover for injected parents shedding something on their un-injected children causing all manner of unintended and unknown consequences.

The surge in RSV first appeared heavily in the US media as the next worry thing, had a big long post written about it, with sources, because the US has been a great predictor on the movs they pull here a bit later, since it’s all a giant big Menace op, anyhow that post got lost in the mix, but a few months later bingo bongo UK/Irish media flooded with same RSV stories and warnings about the next worry thing.

Why it was even more interesting is I’d never heard of RSV in ma’ life but has been common in the US, see the trends:

The US like clockwork, but look at that peak. Hmmm…

What Chaos they have unleashed in the world.

I shall conclude that the government is more dangerous than any virus.

Which came first the flu season or the flu-shot?

Secondly, we may note the upturn after the 2011/12 season that coincides with the introduction of the Health and Social Care Act (2012) This piece of legislation brought in the most wide-ranging reform of the NHS since its inception in 1948, this being a reform that is evidently destroying the health of the nation in the pursuit of efficiency and profit.

As Vaccine Demand Collapses, U.K. Faces £4 Billion of Waste, With 80% of its 650 Million Dose Stockpile Unused

Wonder how much unused shite we have that’s going to go to waste? 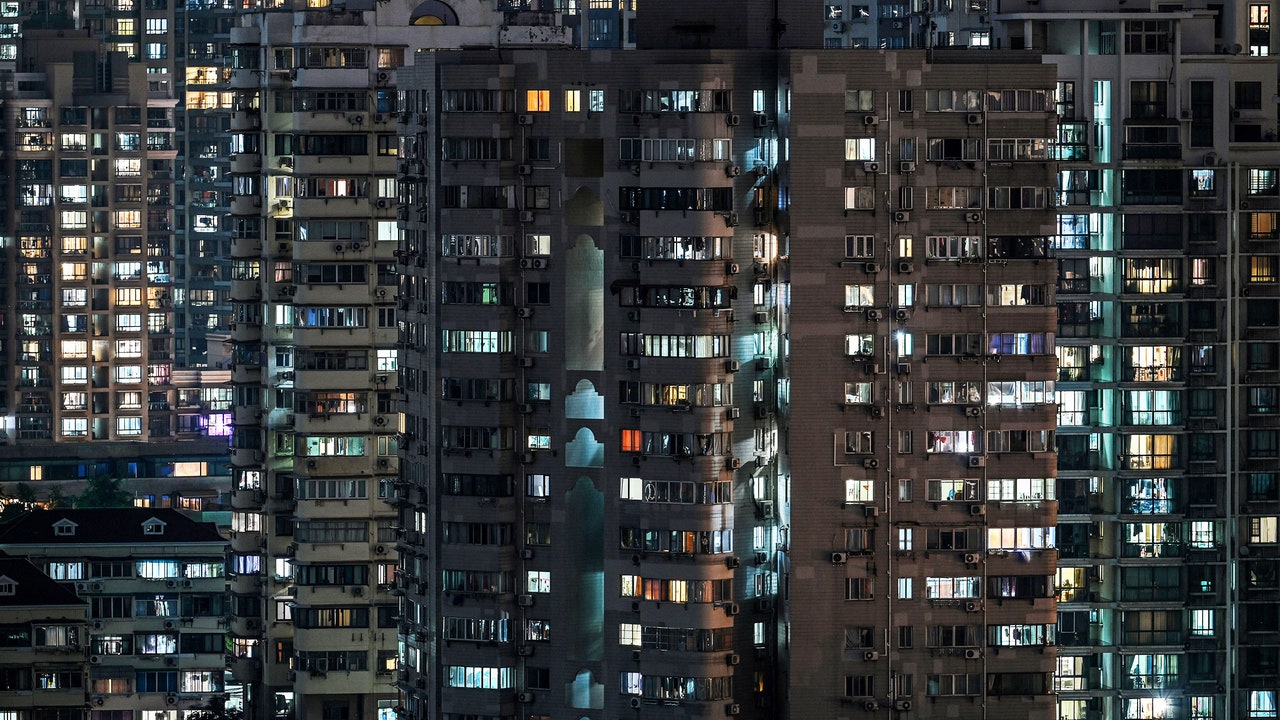 Censors are cracking down on free speech online, but people are finding new ways to get around them.

Safe and effective for 44 rats.

Lots of docs here by the looks of it including an almost 400MB file dated May 2nd.

To reiterate, I can see all current “vaccines” and “vaccine” thinking being sunset for humanity when the dust settles.

Bye bye Pharmakeia as we knew you. 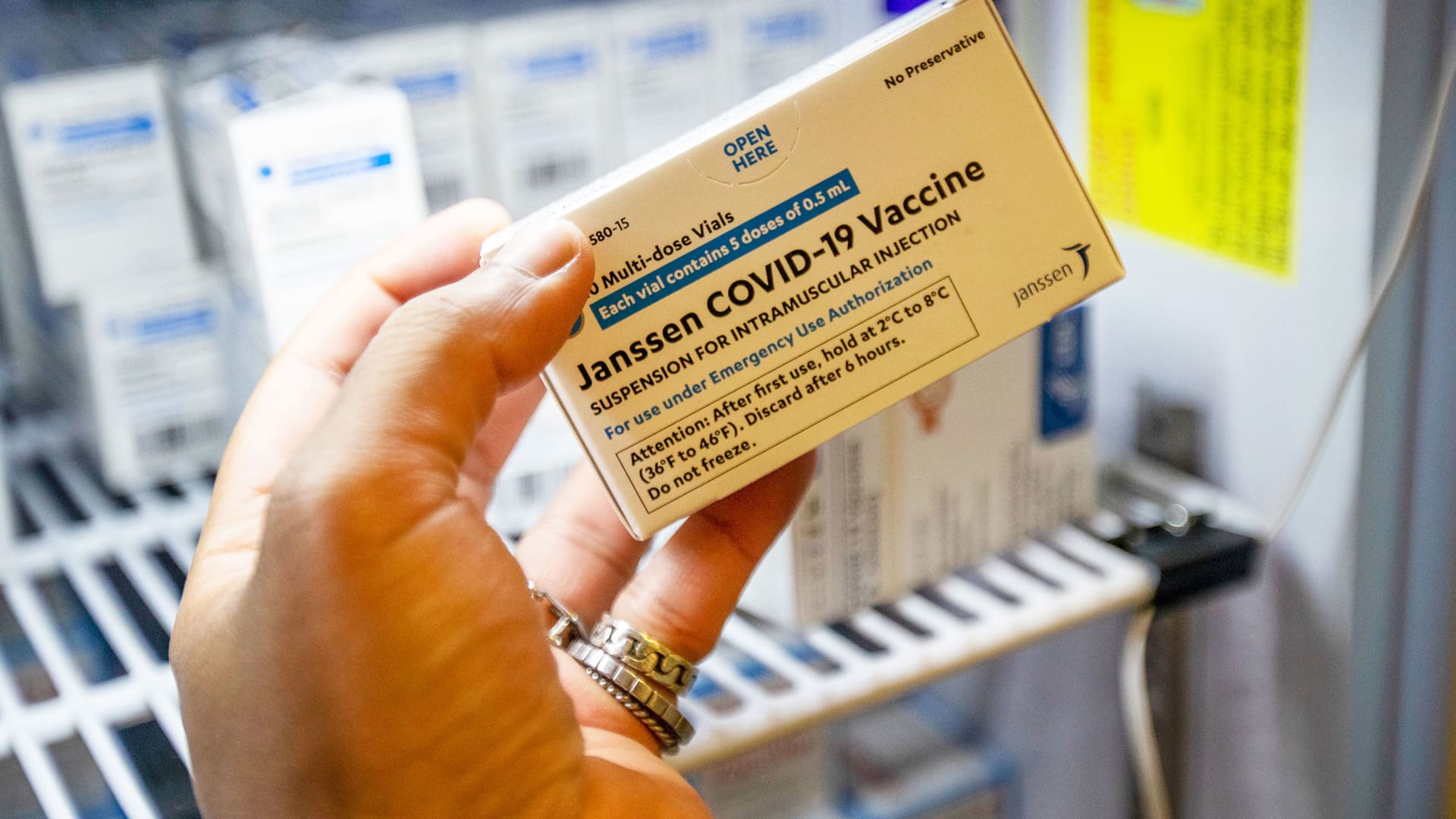 FDA limits use of J&J's Covid-19 vaccine for adults

Just imagine that you took this muck last year when the pressure was on to go for pints. Remember , this was targeting at the 18 to 35 gang intensely. I know plenty that gave into the pressure.

Likewise the AZ was initially marketed to younger age groups here, before being pulled for those under 40 in a lot of countries. So then they got the mRNA ones instead. Which we’re now seeing myocarditis reports about, particularly young men. 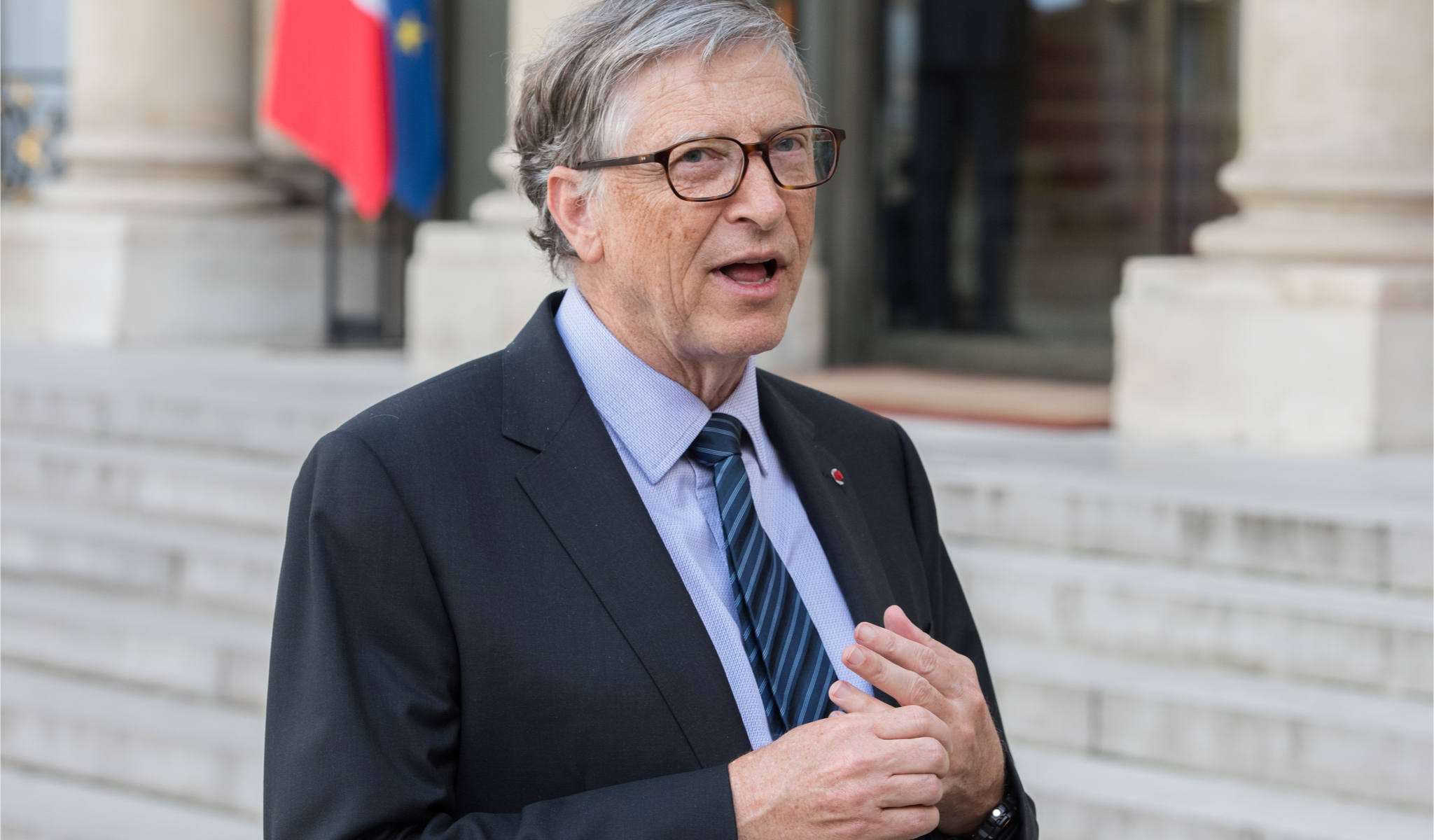 I’m sorry to report that the entire book is a study in mysophobia, more worthy of study by a student of abnormal psychology than a public health official, much less a scientist. That no one has ever pointed this out to him is a disgrace. It’s the...

As was warned. Now suspected.

WARNING: Wild speculative theory to be presented, but it frankly makes more sense than the snake venom conspiracy.

More of what could be seen back in 2020 even here on the pin - is it really happening?

One of those explainers:

Explained: What’s behind the shortage of HRT products?

Shortages of Hormone Replacement Therapy (HRT) products have become an increasing worry for women across the country who use the treatments to relieve severe symptoms of the menopause.

What is causing the supply issues?

…Manufacturers have said the supply issues impacting HRT drugs is down to a spike in demand.
In Ireland, figures from the Department of Health show the supply of the three most-used strengths of one range of HRT patches has increased by between 77-117 per cent compared to 2020.

Despite this increase in supply, the shortages are indicative of the uptick in demand, with the department adding the company “expects a similar increase in the demand for all strengths during 2022”. 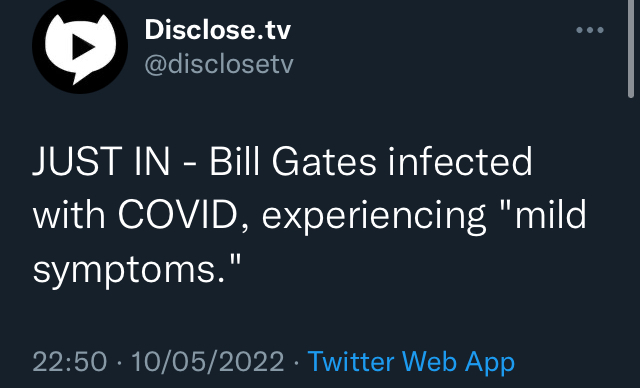 I have seen it first-hand in my medical practice, as I have witnessed the so-called covid positives who overwhelmingly remain well, and asymptomatic, whilst I also witness the illness which closely follows waves of jabbing with unnecessary gene therapy.
As a general background, in my personal clinical practice there has been a general sense of rising blood pressures, clots, heart disease, menstrual disturbances and shingles which tend to mirror the serial ‘vaccination’ waves accompanied by an alarming fall in lymphocyte counts. Such was the prevalence last winter, it became common practice of my colleagues to simply ignore and file low lymphocyte count as ‘normal’. Inexplicable severe hypertension of those who were already long treated and stabilised has been another unusual feature. I shared my observations with a nursing colleague who nodded without hesitation. A rare moment of clinical frankness in this time of covid tyranny ended in black comedy. As I exited her clinic room, our studiously silent eyes met, and I quickly asked, ‘ Do you think it’s … ? ’ as I feigned a jabbing motion with both hands randomly slinging modified mRNA, accompanied by a squirting sound. She lost her reserve and giggled in approval. Human tragedy has descended into farce. 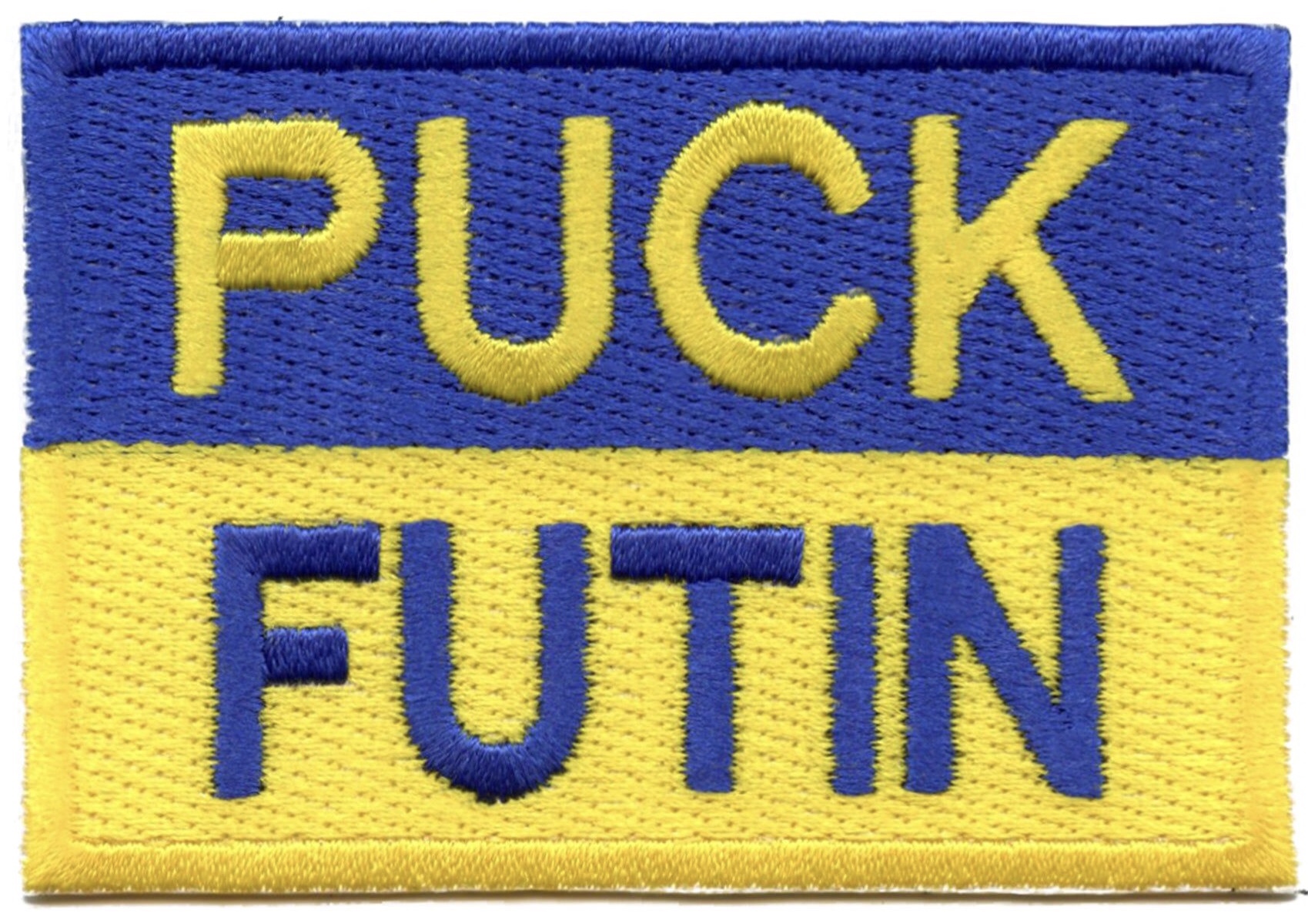 The shape of monism to come The covid narrative was an unwelcome reminder of corrupt Pharma, medicine, and science. Medical history is littered with examples. Covid is the zenith of a recurring cri…

As was warned. Now suspected.

WARNING: Wild speculative theory to be presented, but it frankly makes more sense than the snake venom conspiracy.

The Health Service Executive has confirmed that a child who was being treated for an acute form of hepatitis, has died.