Came across this. No idea how reliable it is…

While this report posts some interesting data the author only focuses on data in order to present a certain view, lets call it propaganda.

For instance the author/doctor makes the point that overall death rates in Italy at present are not higher than would normally be expected. However we can read in the Guardian that areas in Italy most affected are struggling to bury its dead Bergamo struggling to bury its dead and also we can read that the obituary section in some Milan papers is several pages longer than usual. So death rates in the worse affected areas are certainly not normal. It could well be that people are looking after themselves better now by staying at home and that the death rate of the uninfected has dropped. So the analysis presented in that article is somewhat flawed.

Here is my anecdotal evidence for what its worth. I have a nephew in his early 20’s in London who has a underlying lung condition but was perfectly healthy and well on current medication. He has been minding himself against the virus, working from home and only went out on one night in the last fortnight, to a pub with his friends. Unfortunately he picked up the virus and is now quite ill. He is someone who would not have been so ill if he hadn’t been infected with this virus.

How are prices in Irish shops at the moment?

I saw small increases for meat, veggies and fruits here in Poland.

I do a family grocery shop once a week. Last time I did it was Monday evening and I did not see any price rises. But that is evidence from only 1 shop in one particular supermarket although I haven’t heard anecdotally of price rises here.

Apart from the food shops many other shops are seeing very few customers here although good numbers of people are moving around the streets. Some large chains have announced that they are voluntarily closing and driving though a part of Dublin yesterday I would say that perhaps 25% of the shops in the area I drove through were closed, whether because of fear or infection or lack of customers.

Thousands of former HSE staff have volunteered to come back to work. The HR department is a shit show at the best of times so they’re not even getting called back

So lets say they did the opposite “Everyone come in and help…” and 300 people show up in the morning in reception at any given hospital - what do you do with them? If you don’t have immediate tasks and goals with basic equipment then they will just be standing around and that’s on the 6.1 News.

Your still probably right though the HR dept is a shitshow but even a competent one would not call them in straight away.

From media reports there is still panic buying in the UK ?
Is this a particular response to an abject lack off confidence in Boris?

I was in the local Aldi earlier and there was no panic buying. Everyone was getting normal sized weekly or daily shops. There was a notice saying no more than 4 of any item was to be bought. Most customers were observing social distancing. Prices were normal too.

From media reports there is still panic buying in the UK ?
Is this a particular response to an abject lack off confidence in Boris?

I don’t know why anyone is surprised at this. The 2011 riots showed that Britain is like a simmering pot. It’s nothing to do with Boris per se. You need to look at all UK policy decisions with half an eye on this fact: Britain is scared of it’s underclass.

But it makes NI following GB decisions more galling. NI is sectarian but more cohesive in other ways than say London.

Cases per 1m population are a little over a third (40) in Britain, what they are in Ireland (113) this evening.
Yet in respectable Home county spots like Epsom, Surrey and Hampshire they are shots of Asda and Tesco shelves picked bare. Thankfully most Irish have settled in at this stage from the Dunnes and Supervalu I’ve visited. 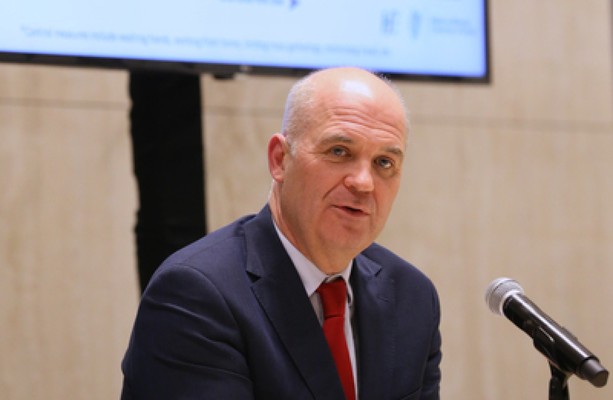 Health officials updated the number of confirmed cases at their daily press briefing this evening.

Despite all the emotional outpouring on social media, I’m not sure people are actually taking this seriously enough.

On the positive side, there is more testing.

Social cohesion is lower. But we’re drifting in their direction with our migration strategy, so no reason to feel triumphalist.

Coles2 used to say that the UK’s real population was much higher than the declared number. So that could be a factor.

Despite all the emotional outpouring on social media, I’m not sure people are actually taking this seriously enough.

On the positive side, there is more testing.

A person has died. That’s about all you get. Each one seems ominous. No nuance, co-morbidity, age profile etc. etc. or is that info available elsewhere.

I see another dig out for tenants in the bottom of that article - https://www.thejournal.ie/ban-on-evictions-and-rent-freeze-coronavirus-ireland-5051498-Mar2020/

Are we going to talk about mocking and condemning Trump for closing the borders and then we go and do it a few days later.

Thirty five people linked to a wedding south of Sydney have tested positive for coronavirus, as wedding industry vendors become increasingly anxious about being exposed to the illness.

NSW Health confirmed 31 people who attended a wedding at Tumbling Waters Retreat in Stanwell Tops on March 6 have tested positive for SARS-CoV-2, including five people who live interstate.

Another four NSW residents who were close contacts of the guests have also been diagnosed with COVID-19.

Thirty-five people linked to a wedding south of Sydney have tested positive for coronavirus, as wedding industry vendors become increasingly anxious about being exposed the the virus.

The Tasmanian government has declared a state of emergency and placed tough new restrictions on mainland Australians seeking entry.

Introducing the toughest border control measures in the country, Premier Peter Gutwein announced on Thursday that anyone seeking entry to Tasmania from anywhere else in Australia from midnight Friday would now be required to self-isolate for 14 days.

“Only essential travellers will be allowed into Tasmania without going into quarantine,” he said. 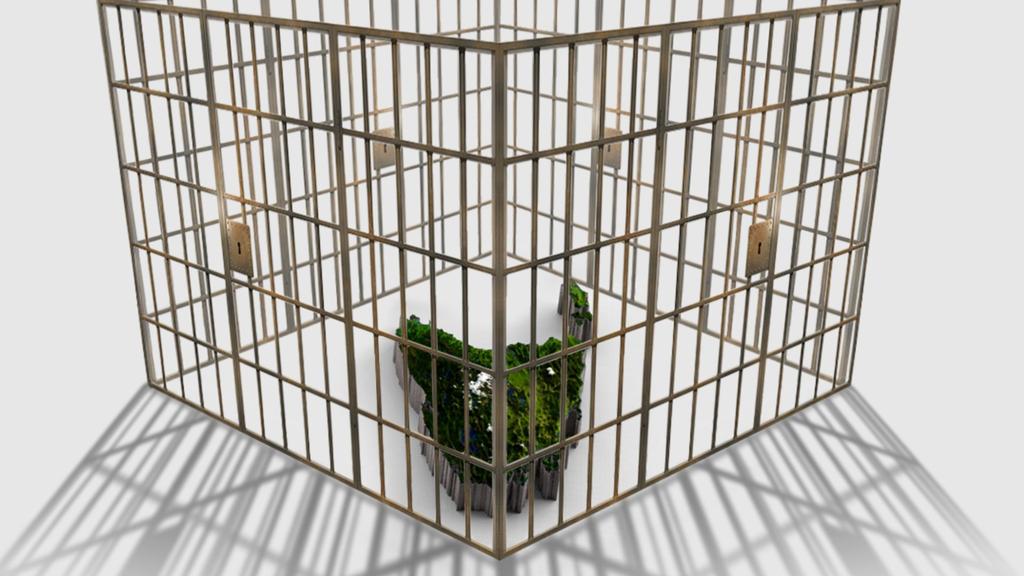 Tasmania in lockdown over coronavirus fears

Tasmania has taken an extraordinary step to keep COVID-19 out.

]Burke Shire Council has announced tough travel restrictions in the isolated shire on the Gulf of Carpentaria near the NT border and banned meetings of more than 10 people.

With limited facilities at the local hospital to deal with an outbreak, and with Mount Isa 500km away by bitumen roads, the Shire’s Disaster Management Committee has taken drastic measures to keep COVID-19 out of the community.

They said Rex Airline would stop flying to Burketown from March 21 and the Burke Shire would enter lockdown for non-essential travel.

The world is being locked down. Countries are sheltering in place. 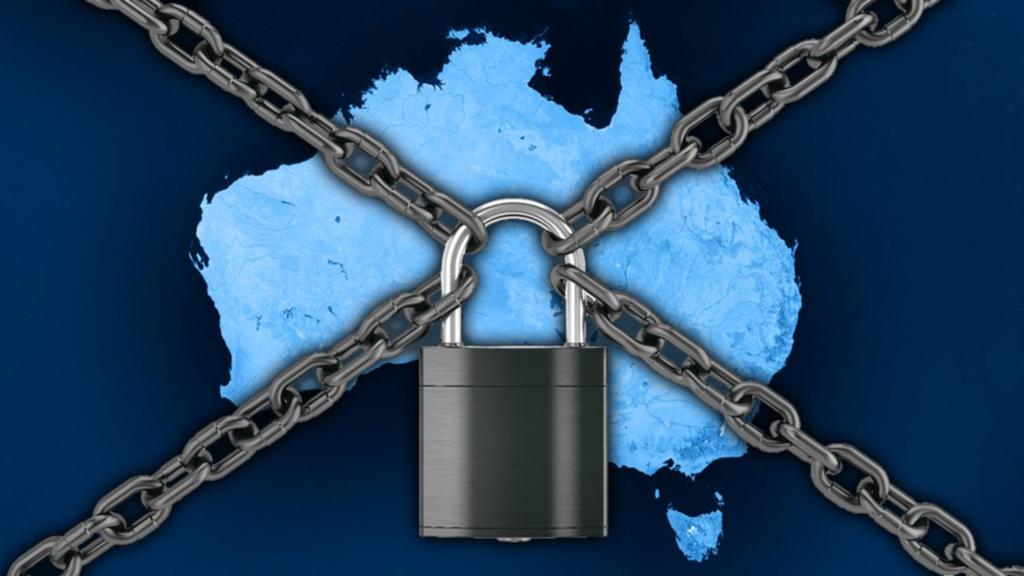 Countries around the world have taken drastic measures, including border closures, in an attempt to curb COVID-19.

Remote Indigenous communities move to block outside visitors over coronavirus...

The general manager of the APY Lands, in remote South Australia, says the move is about protecting the region's most vulnerable Aboriginal people.

These remote communities are basically very poor many are literally third world equivalent. Large amounts of comorbidities and very low life expectancy compared to Australian cities. Whole other side of Australia people rarely see. Anyway they rely on flying doctors so no local ventilator s etc