First, some fun hot off the press hot mic from the Whitehouse briefing room.

Everything hangs on the numbers. Everything.

The numbers are generated by the testing.

There was a lot of speculation about Chinas numbers and also the Chinese capacity to do enough testing, and that as an issue has not vanished, and should not vanish but my impression is, there is little interest in the media to court the issue.

Since I have regularly encountered online suggestions and speculation that as high as an 80% false positive rate (being reported very early on) suggest that numbers simply can not be trusted it was not until something like the below article appeared to put some meat on the bones of the many reservations expressed around the matter of accurate and reliable testing - The key info is the PCR test, how and why it was designed as a manufacturing process (very interesting stand alone story) the piece claims the creator of the PCR process (since deceased) vehemently opposed it being used as a binary type positive or negative test for viruses, as it was employed in the early days of the HIV.

…In China, generally, they diagnose ‘Corona’ with CT scans and one or two positive PCR tests. In the US, it’s difficult to find out what makes a “case,” ie what the case definition is. Absent CT scans, we are in a bio-tech free-fall. One website offers this distressingly unclear definition: “The novel coronavirus, or COVID-19, has been spreading worldwide, resulting in growing numbers of infected individuals since late 2019 and increased mortality numbers since early 2020. So far, experts have seen that while there are severe cases, the infection is usually mild with non-specific symptoms. And there are no trademark clinical features of COVID-19 infection…

… “PCR detects a very small segment of the nucleic acid which is part of a virus itself. The specific fragment detected is determined by the somewhat arbitrary choice of DNA primers used which become the ends of the amplified fragment. “

If things were done right, “infection” would be a far cry from a positive PCR test.

“You have to have a whopping amount of any organism to cause symptoms. Huge amounts of it,” Dr. David Rasnick, bio-chemist, protease developer, and former founder of an EM lab called Viral Forensics told me. “You don’t start with testing; you start with listening to the lungs. I’m skeptical that a PRC test is ever true. It’s a great scientific research tool. It’s a horrible tool for clinical medicine. 30% of your infected cells have been killed before you show symptoms. By the time you show symptoms…the dead cells are generating the symptoms.”

There are no trademark clinical features? What then, collapsed the world? I sure hope this isn’t all riding on a “test,” as bio-tech Oracle.

… I asked Dr. Rasnick what advice he has for people who want to be tested for COVID-19. “Don’t do it, I say, when people ask me,” he replies. “No healthy person should be tested. It means nothing but it can destroy your life, make you absolutely miserable.”

Was the COVID-19 Test Meant to Detect a Virus? - UncoverDC

The Corona Simulation Machine: Why the Inventor of The “Corona Test” Would Have Warned Us Not To Use It To Detect A Virus“Scientists are doing an awful lot of damage to the world in the name of helping it. I don't mind attacking my own fraternity...

Other topics within the realm of testing that also come to mind:

Finally, a few points based on last nights US White House Briefing.

Listening to Brix, if I remember correctly she stated they need to run 9/10 test on a symptomatic patient to get the one very important positive and if I also understand another point, that with 99% coverage you still only get 50% false negative (open to correction on this point). This actually tallies with other sources I have read in this respect assuming it has all melded in my mind correctly.

Further, based on last nights press briefing. In real terms, I detect the tactic of the Trump admin is to keep on ramping up testing of all kinds, so they have own unassailable numbers (dataset), this after dumping the models for “their own” numbers, and this will be used to make a broader case against the critics and enemies of the USA - some of which held up testing as a club to beat the Trump admin in the early days. It is notable that narrative has already shifted to the next thing and away form not enough tests. I will leave the for another thread.

I do not have time to follow up with all the source material right now, but if times allows I will edit the OP and post further links and sources.

Here is @Longtermrenter post from the main virus thread which instigated this dedicated topic:

The style of writing is a bit waffly but its worth persisting with it, the author takes ages to get on point but there are some very interesting points raised if you do read it through…

Crowe described a case in the literature of a woman who had been in contact with a suspect case of Corona (in Wuhan) they believed was the index case. “She was important to the supposed chain of infection because of this. They tested her 18 times, different parts of the body, like nose, throat—different PCR tests. 18 different tests. And she tested negative every time. And then they—because of her epidemiological connection with the other cases, they said: “We consider her infected. So, they had 18 negative tests and they said she was infected.”

When talking about the methodology used in the PCR testing for COVID19 (it basically makes multiple copies of the samples over cycles to make it detectable):

“In one paper,” Crowe says, “I found 37 cycles. If you didn’t get enough fluorescence by 37 cycles, you are considered negative. In another, paper, the cutoff was 36. Thirty-seven to 40 were considered “indeterminate.” And if you got in that range, then you did more testing. I’ve only seen two papers that described what the limit was. So, it’s quite possible that different hospitals, different States, Canada versus the US, Italy versus France are all using different cutoff sensitivity standards of the Covid test. So, if you cut off at 20, everybody would be negative. If you cut off a 50, you might have everybody positive.”

The overall conclusion is that the current tests are useless - better to diagnose by scan of the chest and by symptoms than by PCR which was never intended to be used for clinical testing in the first place, it was designed to used as a biological manufacturing technique.

With PCR you’re only looking at a small number of nucleotide. You’re looking at a tiny segment of gene, like a fingerprint. When you have regular human fingerprints, they have to have points of confirmation. There are parts that are common to almost all fingerprints, and it’s those generic parts in a Corona virus that the PCR test picks up. They can have partial loops but if you only took a few little samples of fingerprints you are going to come up with a lot of segments of RNA that we are not sure have anything to do with corona virus. They will still show up in PCR. You can get down to the levels where its biologically irrelevant and then amplify it a trillion-fold.
But they’re using the SARS test because they don’t really have one for the new virus.”

Researchers in South Korea say it is impossible for the novel coronavirus to reinfect humans.

Multiple tests that ostensibly showed 260 patients becoming reinfected were the result of false-positive testing, according to the Korea Herald.

“The process in which COVID-19 produces a new virus takes place only in host cells and does not infiltrate the nucleus. This means it does not cause chronic infection or recurrence,” said Dr. Oh Myoung-don, a Seoul National University hospital doctor, during a Thursday press conference.

Testing kits could reportedly not distinguish between live traces of the virus and the RNA of the dead virus, according to Oh.

“PCR testing that amplifies genetics of the virus is used in Korea to test COVID-19, and relapse cases are due to technical limits of the PCR testing," he said.

I don’t get this guy. The deaths were accelerated by covid or caused by covid. He should drink less coffee and speak to ICU doctors about his claims.

Its the Cultural commentator and television personality that makes him an expert on everything.

only missing skillset is A class drugs taker celebrity.

Yet, is the testing accurate and reliable?

Unless of course it is a flu.

In which case we’ll see a mutated version every year which may require annual vaccines.

Some CDC info on the subject of coronavirus test results.

Test for Past Infection (Antibody Test)…

…What do your results mean?

If you test positive

If you test negative

Scientists at Connecticut's public health laboratory say they've discovered a flaw in a manufacturer's testing system for the coronavirus that's used by labs around the country. So far, it's... 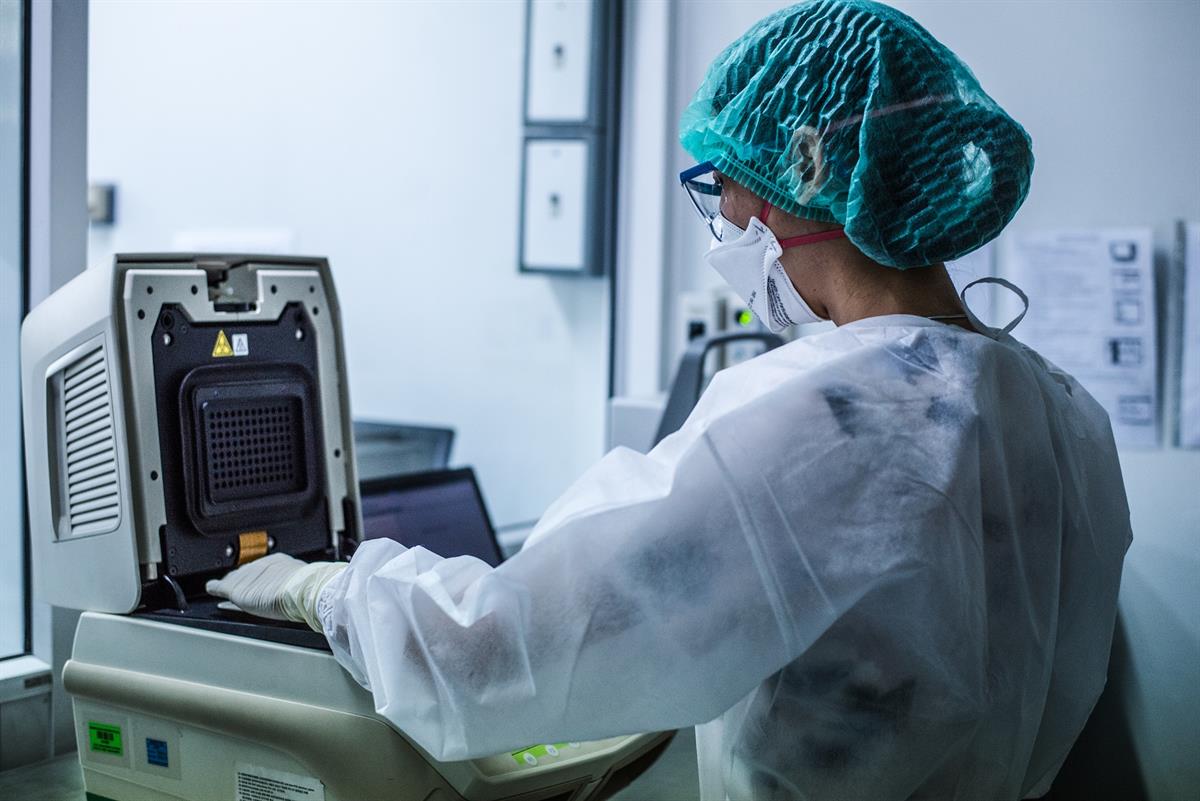 Description of the problem: WHO requests users to follow the instructions for use (IFU) when interpreting results for specimens tested using PCR methodology.

Users of IVDs must read and follo w the IFU carefully to determine if manual adjustment of the PCR positivity threshold is recommended by the manufacturer.

WHO guidance Diagnostic testing for SARS-CoV-2 states that careful interpretation of weak positive results is needed ( 1 ). The cycle threshold (Ct) needed to detect virus is inversely proportional to the patient’s viral load. Where test results do not correspond with the clinical presentation, a new specimen should be taken and retested using the same or different NAT technology.

Most PCR assays are indicated as an aid for diagnosis, therefore, health care providers must consider any result in combination with timing of sampling, specimen type, assay specifics, clinical observations, patient history, confirmed status of any contacts, and epidemiological information.

Actions to be taken by IVD users:

Did the 'conspiracy theorists' just get proved right about the "fake rescue plan" for COVID?

So congratulations soon due to President Biden on reducing US COVID cases, from his very first week of office.

‘We simply cannot stay closed until the vaccine hits critical mass. The cost is too high,’ Cuomo wrote in a tweet Monday morning.

The Hill article is from April last year. Why are you linking it?

Scientists show COVID tests are ‘useless’, are based on ‘flawed science’

The ‘worldwide misdiagnosis of infections’ stemming from the tests has resulted in ‘stringent lockdowns which have destroyed many people’s lives and livelihoods,’ the scientists argue.

I think it was a very recent tweet, and I possibly linked to it somewhere on the forum.

It was in the news recently due to Cuomo’s State of the State address. 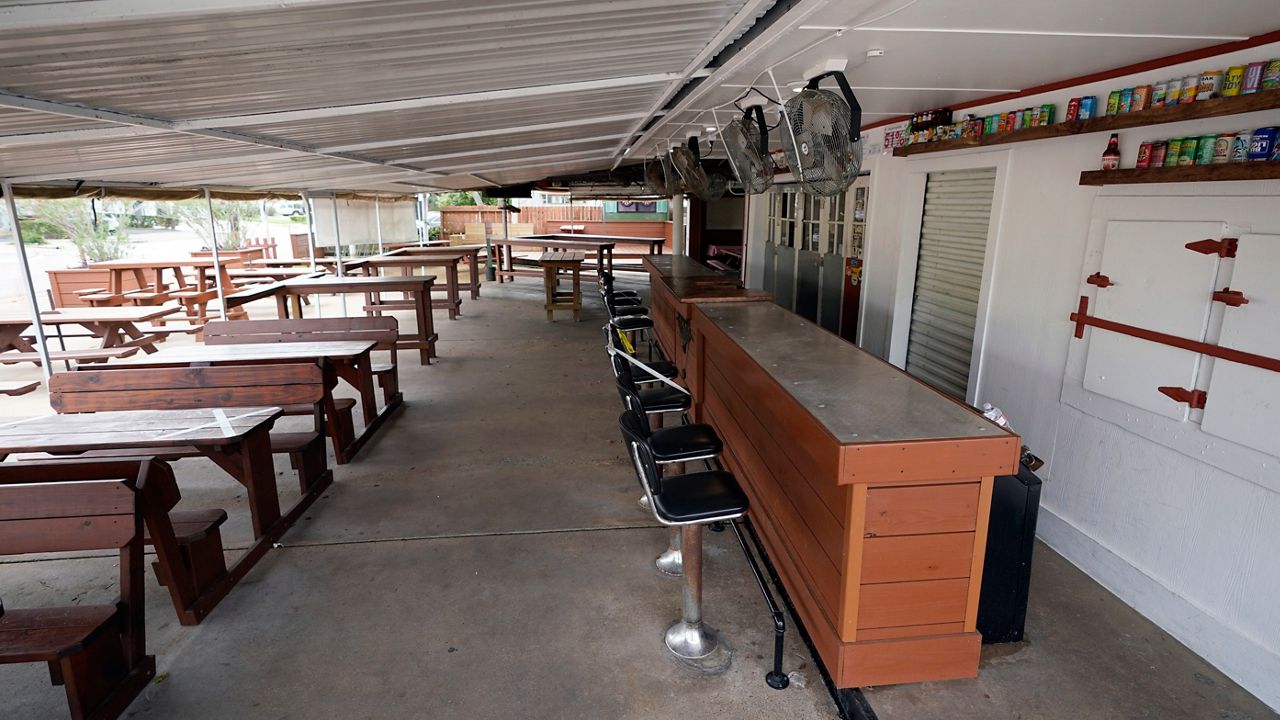 Cuomo Wants COVID Tests to Open Economy. Can it Work?

Cuomo wants to avoid another shutdown.

All over the NY metro news.