Credit Suisse is about to blow. Bank runs begin soon. Remember that message by The Vatican demanding all money be taken out of private banks by the 30th? That’s because the vatican kept their money in CS. They knew ahead of time about the collapse because this has all been orchestrated by the elites and the Vatican got a heads up of exactly when it would happen, and when to take their money out by. Then knew when this “unforeseen” bomb was going to go off, almost to the day, months ahead of time. That’s not because they’re lucky, it’s because the next stage of the elites plans are coming to fruition soon. 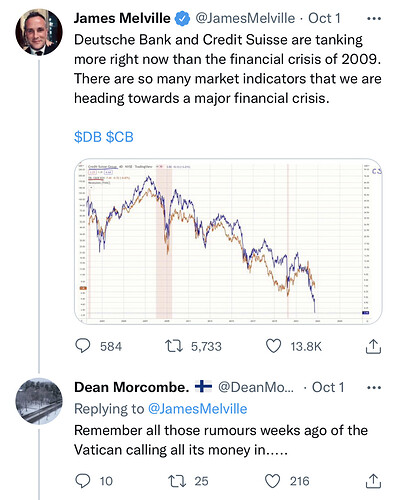 I hope the Vatican got all it’s money back in time… oh and are the troops on German streets yet?

It hasn’t changed. The Game that is. Only 1 play. 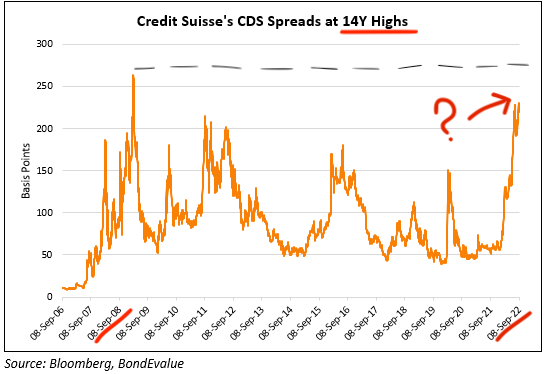 $600 Billion: What Lehman Brothers held in assets when they crashed and took the economy with them.

Credit Suisse is at a ‘Critical Moment’ now, says the CEO.

What lies in store for the world?

The stocks of both banks have suffered an absolute rout so far. In the past year alone, their stocks have fallen by more than 40%!
Deutche Bank 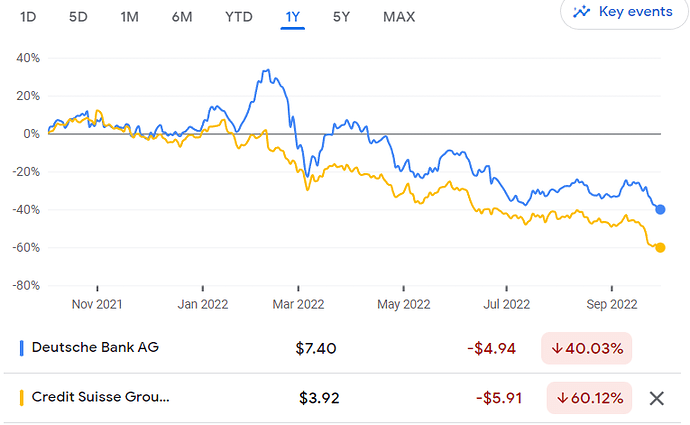 However, most of the recent interest arose due to a story from ABC Australia, which reported ominously that “a major international investment bank is on the brink”.

Although the reports didn’t specify any names, the rumor is that they are referring to Credit Suisse. 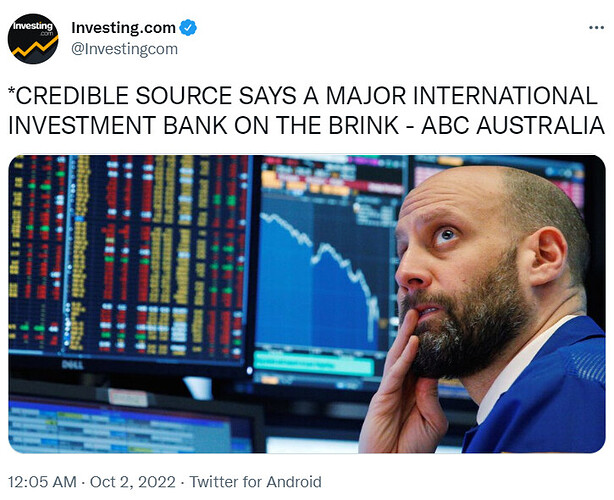 A CDS is essentially an insurance purchased against a potential default.

Even without any underlying issue, such a rumor can quickly become a self-fulfilling prophecy as panicking clients start withdrawing their money.

At the moment, not much is known about the reason behind Deutsche bank’s underperformance.

Currently, they are trading at ~0.3x book value and concerns had been raised earlier about their exposure to the derivatives market.

Both Credit Suisse and Deutsche are the biggest banks in Switzerland and Germany respectively and have a history of more than 150 years.

They are also considered to be G-SIB’s (Global Systemically Important Banks) making a bailout likely in case of any serious issues. 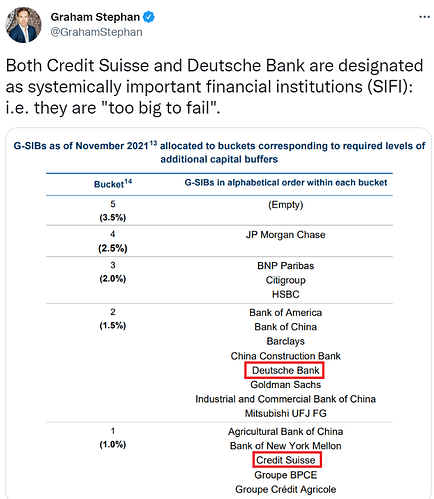 This is a developing story with a lot of rumors swirling around. We will have some clarity once the market opens on Monday.

If the situation changes substantially, I will cover it in more detail in m

Graham Stephan (@GrahamStephan): "$600 Billion: What Lehman Brothers held in assets when they crashed and took the economy with them. $2800 Billion: What Credit Suisse and Deutsche Bank control in AUM. 4.6x more. Credit Suisse is at a 'Critical Moment' now, says the CEO. What lies in store for the world?🧵"|nitter

The cost of buying insurance against Credit Suisse defaulting on its debt soared to a record high on Monday, as the Swiss bank failed to calm market concerns around the strength of its balance sheet. 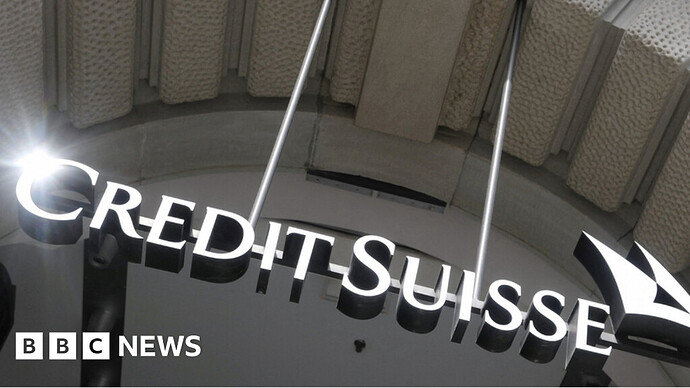 After a series of scandals and financial losses the Swiss banking giant is cutting jobs and restructuring the business. 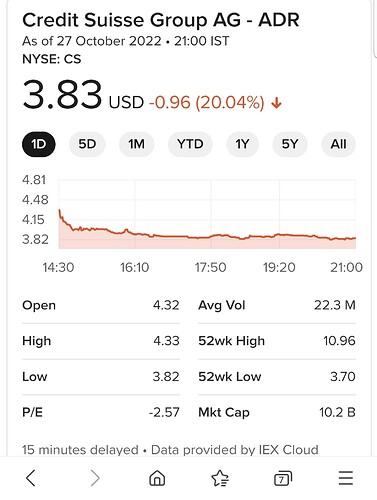 Down 20% today. Zerohedge reports a bank run. DB next? 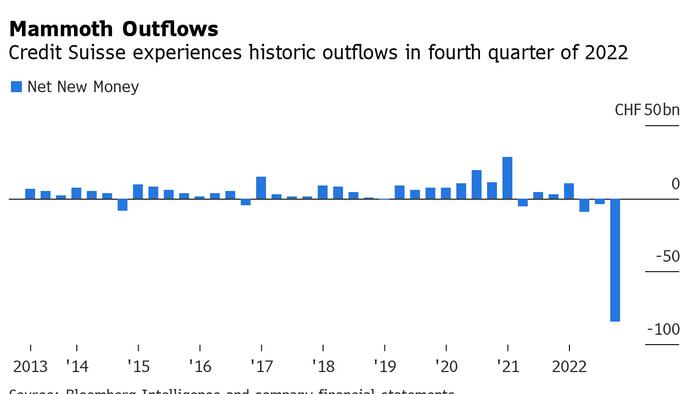 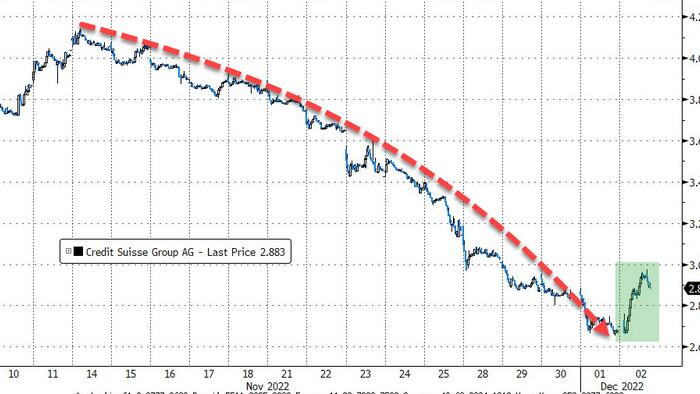 ZH not buying it