They started maturing in 2006 as the bubble began peaking so I’d class them more as secondary to that event. Maybe they did slow the slide, but banks were already rolling over developer debt at that stage.

’Oh, councillors will get their 50pc pay hike all right’
A TD on a €100,000 a year cannot afford to buy a modest three-bedroomed home in many parts of Dublin, the Fine Gael parliamentary party was told last week.

The remarks by veteran backbencher Bernard Durkan raised eyebrows among Fine Gael TDs and Senators, who had been discussing a motion calling for the implementation of a long-awaited €8,000 pay increase for city and county councillors.

The penny drops for FG backbenchers. How did we get here?

Paywall but you get the gist

While Karl Deeter is quoted as saying that he fears Ireland is heading for another crash. And Mortgage brokers are out the door with applications.

However recent Central Bank statistics suggest the following is happening:

This is an ongoing situation as we have reported on the pin here in recent years. Where the residential lending market has seized up to an extent, as banks have sensibly pulled back from much new lending, or sought to escape stage left altogether (Ulster Bank and KBC)

Brian Hayes ex. Fine Gael MEP is trying desperately to whip up a sense that there is huge appetite for residential mortgages, as part of this role as chief Banking lobbyist, but this never seems to be reflected in the stock of loans, which has been declining or stagnant at best since 2008.

Meanwhile all that pork barrel Covid spending is coming back into the banks in deposits, a wall of cash for someone, that has resulted in a 12.9% annual increase in household deposits during the greatest economic sacrifice since WW2.

Deposits from households continued to reach new
heights, and stood at €131 billion at end-April 2021. Over
the month, households’ deposits recorded a net inflow of
€2.2 billion (Chart 3). In annual terms, lodgements
exceeded withdrawals by €14.9 billion, or 12.9 per cent.
Overnight deposits, which include current accounts, were
the driver of the monthly and annual increases in
household deposits.
Central Bank April 2021 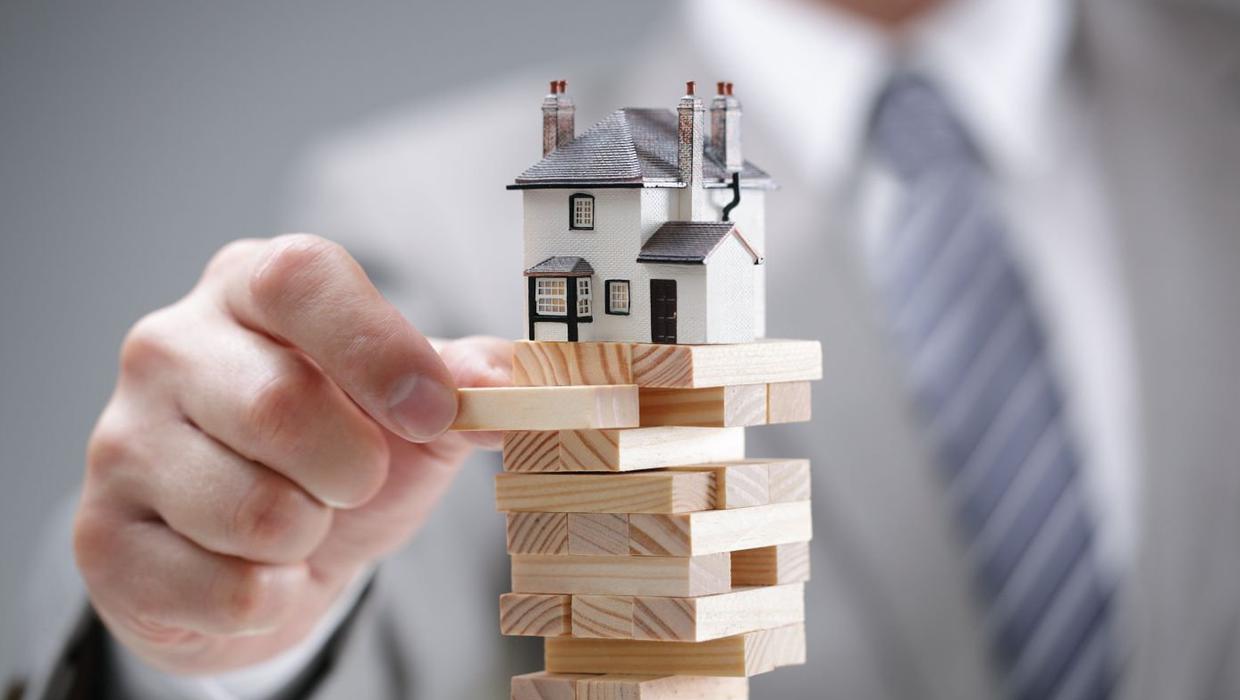 Hikes in house prices have dramatically outstripped wage increases during the economic recovery since the last recession.

Economist John Fitzgerald said prices are likely to rise even further next year when life gets back to normal after the pandemic.

“It’s likely that you ain’t seen nothing yet,” he said.

“Things are going to be more difficult next year when we get back to normal and house building is not back.” 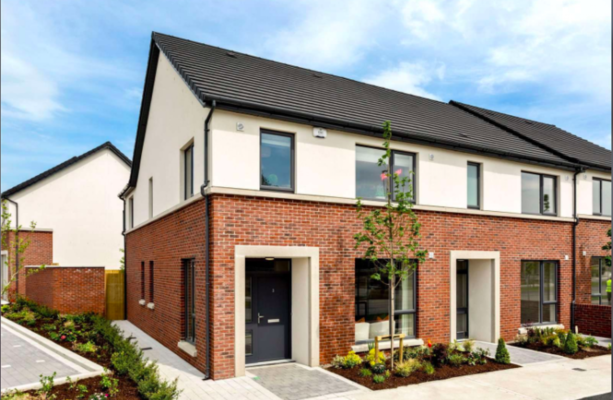 Savills asked viewers for ‘evidence of savings’ or mortgage approval in principle documents including full amounts.

A TOP ESTATE agency is asking prospective house buyers to provide detailed financial information and proof of funds before they can view properties at a new Dublin development because of “high demand”.

To secure a place at the launch of property group Quintain Ireland’s Somerton project in Lucan, Co Dublin, estate agents Savills has required house hunters to fill out a financial questionnaire.

My daughter keeps getting outbid on houses. Should she just wait for …

I wondered if we applied the golden rule of electronics to housing in Ireland, what do we get?

It’s hard to apply it to a non-functioning market because it assumed supply is not a problem. It assumes. Normal functioning market. systems. Government etc. etc. However is we assume Speed = Supply, maybe:

Now we get Quality but not Price and not SPEED (being supply).

It’s like we aspire to perfect failure, what’s up with that?
Is it the general dampness, like is it airbone fluoride or something, not just the tap water?

Or is it that as the ESRI have confirmed, we have a proactive House The Rest Of The World Policies, that no one is allowed to talk about. The levels of self censoring in Ireland on so many issues, is probably higher than that of former CCCP at this point. 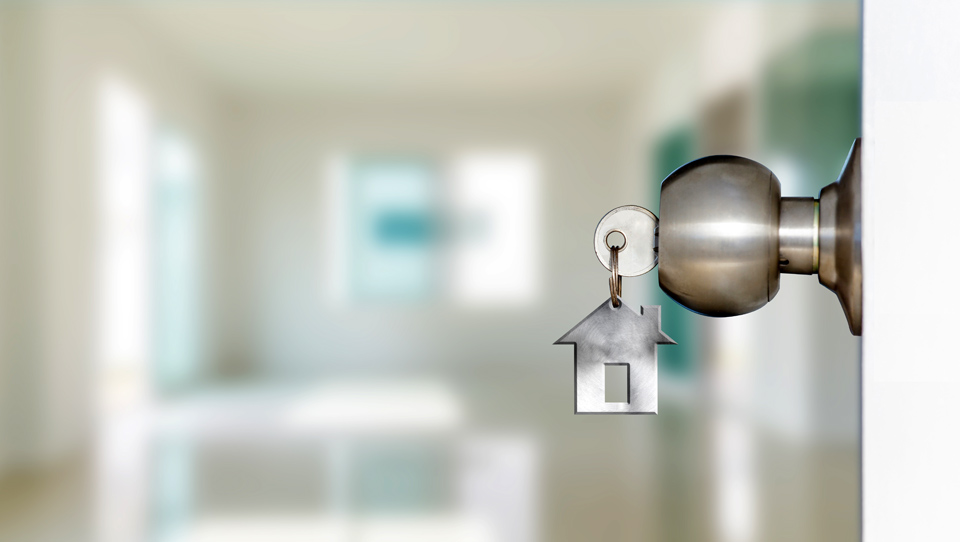 The Economic and Social Research Institute has this morning published a paper by one of its economists Kieran McQuinn on the likely short term future of the housing market in Ireland. The paper is largely technical regarding budgetary projections,...

House prices will 'go beyond Celtic Tiger levels' without dramatic changes in policy, according to housing expert Dr Rory Hearne.

House prices will ‘go beyond Celtic Tiger levels’ without dramatic changes in policy, according to a housing expert.

It comes as Tánaiste Leo Varadkar has set a target of building 40,000 new homes a year, warning that home ownership is now ‘out of reach for far too many’.

Yesterday, Dr Rory Hearne, author and lecturer in social policy at Maynooth University, warned that prices will go above the Celtic Tiger peak before they begin to fall.

Nothing to see here, it’s all in your heads

House prices are shooting up by €100 every day as demand for homes surges in a market beset by low supply, two new reports show.

Asking prices on its site rose by €34,000 to €284,000. This equates to a 3% increase on the previous three months, and means that prices have risen for four consecutive three-month periods for the first time since 2014.

Dr Barrett sealed the deal on the three-bedroom house – located just off Dublin’s trendy South Circular Road – last April in the midst of the third Covid lockdown with an offer €20,000 above the asking price, which was more than €800,000.

A rather expensive humble abode.

Didn’t Leo get stung last time round having purchased near the peak?

His parents paid for a chunk of it iirc…

We’re all paying for it now.

Didn’t Leo get stung last time round having purchased near the peak?

Did he, did he sell it and lose money, if he still owns it he can rent it out to 10 or more Brazilians who are doing the jobs EU workers won’t do for such low wages, buy a few cheap bunk beds and away you go, Fianna Gaelers like Frank 40 gaffs Fahey can give him all the advice he needs

This is happening in many first world countries. I’m genuinely starting to wonder if property is actually a vehicle to a downward spiral for the first world.

I mean if this keeps up with no change for another 10 to 20 years where does it leave us?
It’s not an unrealistic thought that it could go on totally unchecked. Nothing looks like changing anywhere and it’s already gone on in different places, to different degrees, since the early to mid 2000s.

I wonder. Housing prices and rent rising means much less economic security for people, which leads to a greater dependency on the state, state housing, and a need to obey or adhere to requirements to access said state housing.