New data from the CSO shows property prices are just 4% off their peak in 2007 and have now risen by an astonishing 114% since the bottom of the crash in 2013. 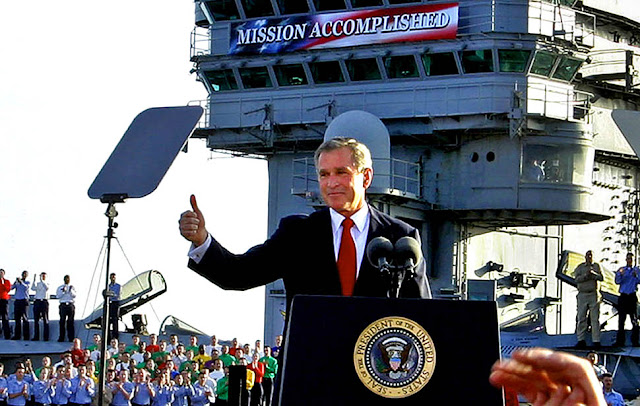 I just passed a tiling business on the M3 at Blanch. It has a sign out looking for a warehouse operative titled “The Boom is back”

Meanwhile Dublin City Council gets overulled on build to let restrictions. Vulture funds will crowd out all other developments and nothing will be for sale. This generation will never own their home. They will own nothing… sound familiar?

And yet they lap it up. 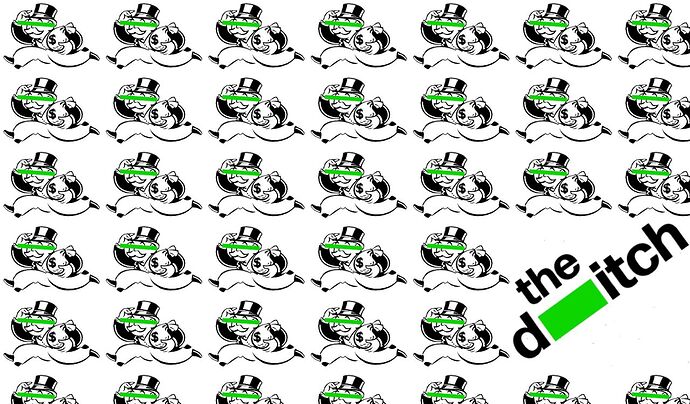 Times of crisis aren’t the same for all of us. For some, Ireland’s housing crisis is an opportunity for profit.

Sure… here we go again? 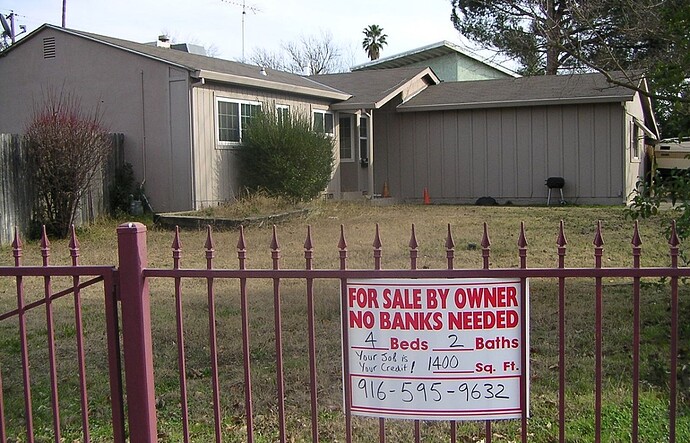 A shockingly large price bubble appears to have formed in the real estate market, inflated by federal spending and money printing.

No idea when I wrote this reply to @Tyrannosaurus but found it in the cache, post so probably around Feb / same time, pre-Ukraine, but never posted at time, here it is for what it might be m worth:

The characterisation here is useless. Lucky Landlords, tbh, they are not even a feature per se, this is not like the last time. The former Canny McSavvy’s is probably triple injected and suffering.

The Greens in previous regime, removed close to 10K beds form the market. They would rather people die, and they did, than have a place to sleep because it did not fit with their ideological insanity.

The Regime here has a long long heeritage of killing the natives or sending them packing.

A whole cohort of LL’s got the fuck out of the market over time during the bomb beyond the green interventions.

Expose all the corruption in policies and political conflicts of interests. Price is relative to a lot of factors, but supply is real, and lack of supply is the mega factor, caused in the main now by state intervention and imported deadman subsidised by the native tax payer on so many levels.

that demographic hole had to be filed, but ;gets not question those who created the whole are the ones filling it with their intended outcomes, cause that’s like a “conspiracy” and they never happen here. Ever, or anywhere.

What we have now is market communism, and more mega communism to come via direct EU intervention iirc.

The STATE and what it actually is the culprit, all it’s agents 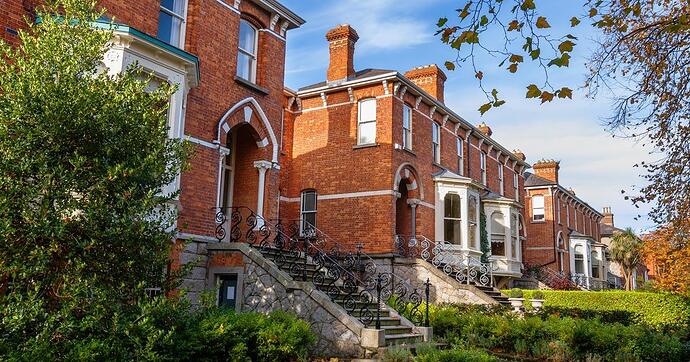 The following is a real-world example (and unfortunately not a parable) of what happens when the perils of modern monetary theory (MMT) and price controls both are ignored. David McWilliams is an economics writer in Ireland and is a big fan of MMT,...

The European Central Bank (ECB) (through its decade-long application of MMT) is intent on inflating the money supply and hence prices. This, as all sane economic thinkers know, drives up the cost of all real assets (including land and the materials used to build properties) and is now affecting consumer and producer prices too. These increases long predate Russia’s invasion of Ukraine, despite the recent efforts of politicians and journalists across the world to insist inflation is all Putin’s fault.

Great outline IMHO, of the forces behind our current schizo housing “market”.

The High Court has overturned An Bord Pleanála's decision to grant planning permission for 300 apartments and housing units in Monkstown in south county Dublin.

It’s a good summary of some of the key issues driving the state that Ireland is in.

McWilliams is intent on running the Irish operations of Bernie Bros. these days.

The article fails to mention the elephant in the room. Mass migration into Ireland and it’s role in fuelling such voracious demand for property.
Maybe that is not really a surprise given Mises had some link into PanEuropa and Count Coudenhove-Kalergi

The board, it was claimed, failed to ensure the proposed development would prevent deliberate disturbance of bats and deterioration or destruction of their breeding sites or resting places.

It’s a good summary of some things but saying CBI is intent on keeping house prices down is a bit of a stretch.
As far as I see CBI is doing the bare minimum required of it to make a show of having appropriate lending rules after having been found wanting in the past.
There’s no evidence that a desire for low house prices is driving their actions or plausible theory as to why that would be the case.
I’m assuming that CBIs actions are all driven by arse covering instincts.

The board, it was claimed, failed to ensure the proposed development would prevent deliberate disturbance of bats and deterioration or destruction of their breeding sites or resting places.

I’m assuming that CBIs actions are all driven by arse covering instincts.

The de leveraging was done to such an extent that Mortgage Loans from the Irish Banks ( making up most of the market) was just €70bn at the end of December 2021. That is less than 1 year of tax revenue. So private mortgage debt overall is as manageable as it’s ever likely to be.

It has jumped up to €84bn by the end of April 2022, (some restatement seems to have happened in Jan 2022 might be related to the departing banks) and seems to be running at an increase of about 1% per month, but then so are the prices of the underlying properties (and everything else for that matter).

First-time buyers are drawing down bigger mortgages now than they were at the peak of the Celtic Tiger years.

The Banking and Payments Federation of Ireland says the average first-time buyer mortgage drawdown has hit €263,312.

This is the highest level since the data series began in 2003. The previous record was set in early 2008 at €251,831, just months before the property bubble burst and contributed to the banking crisis that plunged the country into recession.

Casino Hall still sticking his oar in, an expert in ‘privileged cohorts’

Mr Hall said that first-time buyers will have a hard time in this market because they won’t be able to compete with other buyers.

This week was another indicator that generation rent isn’t going to catch a break anytime soon as Daft.ie revealed that there were only 716 homes to rent across Ireland on August 1.

With little to no chance of getting a house in the country I’ve lived in since I was born, I think it might be time to accept defeat, pack my bags and leave.

Emigrating in our forties: ‘My art is a vessel for dealing with the trauma of moving our family to Berlin’

Back in July 2015, my husband and I were renting a house in Donaghmede. It was basically beside my mam and dad and we were saving up to buy it and make it our own. Then, out of nowhere, the landlord terminated the tenancy and it felt like the bottom dropped out of our world.

At the time it was devastating because we had two young kids (then aged seven and 10). It was an absolute bolt out of the blue and it completely changed everything for us in an instant.

We thought, ‘Is this it? Is this our life? Are we ever going to live where we want to live?’ It was as if we just had to take what we got. It sounds crazy now, but I was even thinking of getting a house in Leitrim and driving back and forth every day to my teaching job in Dublin.

At the time, we had been spending our summers in Berlin because my brother was living there, so I turned to my husband, Richie, and said, ‘What about Berlin?’ He said yes immediately because, in his heart, he’s a traveller.

Emigrating in our forties: ‘My art is a vessel for dealing with the trauma of moving our family to Berlin’ (msn.com) 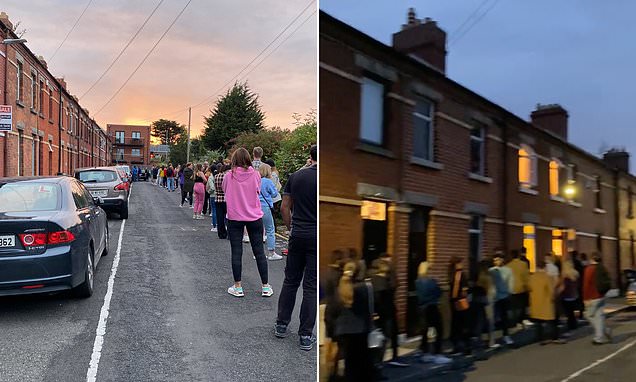 Hundreds queue for one rental property in Dublin amid housing shortage

Over 150 potential tenants queued to view a single rental property in Dublin last night as Ireland grapples with a housing crisis.

Interesting graph all the same. 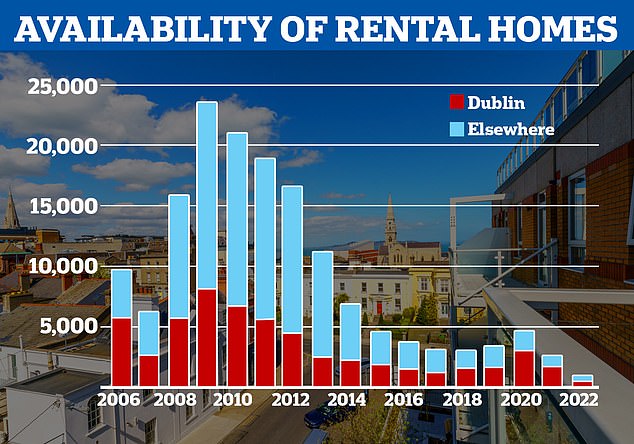 Any one fancy plotting PPS number issued for same timeline?

8 apartments for sale in my block at the minute.

More in the pipeline for placement on the market, including my own due to landlord getting the jitters.

Im observing a significant number of price drops on ‘for sale’ properties on myhome.ie within commuter areas (Leinster).

Are we at the top of the current cycle?

Maybe not quite 2007 but theres a whiff of fear about the place…could the current crop of purchasers be the equivalent of those who bought in 2005/6 and endured 15 years of negative equity in many instances?

Quite possible - I dont see scope for further price increases on top of energy inflation and rising interest rates - but Ive been wrong before…thoughts?

Interesting. 4 houses in my estate just went on sale. Usually have 1 sale every 3 years. Must start looking to see if there are more sale signs than usual.

Absent serious wage inflation the envelope for house funding must be shrinking.

Yeah hard to know. Speaking with my own landlord, he reckons a large part of the reason so many places are being put on the market is due to small time landlords like himself being squeezed by govt regulations/RPZ etc.

Having said that he’s also convinced that prices are only going one way on the back of rising interest rates - and that is what he has been advised by the estate agent who has been managing our place on his behalf for 15 years.

Throw in rising energy and general price inflation and you’d have to think we’re at the top. Hard to know what comes next though given the amount of refugees who’ve been imported over the past 6 months.