Ireland: Ireland house prices have now nearly returned to normal affordability as a result of the housing bust.

Ireland has the distinction of having earned the most favorable Median Multiple in the history of the Demographia Survey, at 2.8.

**Dublin, the only major metropolitan market, was the least affordable with a Median Multiple of 3.7 (Table 9). **

All of Ireland’s other markets Cork (2.

WE are doing terribel in house size though - Figure 8 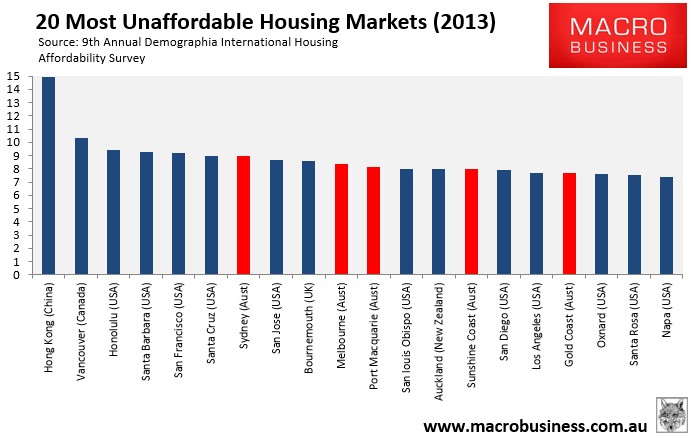