Did the "Irish State & Co" give Irish people AIDS via "vaccine" injections?

Did the localised Globalist Regime enabled by loyal operatives, disguised as the “Irish State” and the “Irish” Media, NGO’s and a wide spectrum of celebrity figurehead agents encourage to get and give the majority of the population a form of AIDS or Vaccine Induced AIDS aka VAIDS via the mass multi-injection program?

Technically, this is clearly true. Aids is an immunodeficiency syndrome and the vaccine also acts as to compromise the immune system (albeit in a much narrower way).

As the AIDS of the 1980’s vintage was purely a syndrome. A set of clinical diagnosis criteria. Rather than an actual infectious disease. The HTLV III causal mechanism in T cells was never shown conclusively as the infected group with physical symptoms of a compromised immune system never expanded beyond the two at risk groups. Or those directly exposed to their blood. Directly or indirectly.

Thats a syndrome. Not an infectious disease.

So, its not “AIDS”. Its side effects will be much wider, much deeper and more serious.

I am unable to vote until the shapeshifting extraterrestrial lizards return my brain that they borrowed.

Welcome $3.50 troll, and may I say on behalf of all the people of Internet what poor value you represent for a first post. One must go check the rates to see how long it is before you make some decent side hustle cash.

but the mRNA vaccines have saved millions of lives.

Most of whom, would have survived without the vax, anyway, let’s not mention the countless who have been killed as a direct result of getting vaxxed.

MRNA vaccines have been 30 years under development.

They’ve been researching anti-gravity & cold fusion for decades too.

IMO the shots aren’t effective. There is now a fifth shot being advised by most countries.

No they have nt.

And if you had even a basic knowledge of statistics, epidemiology and vaccinology you would not have written such a stupid post.

Every single mRNA vaccine candidate for FDA 505(b)(1) approval not just failed early trials but failed them spectacularly . Very serious adverse events. All withdrawn. The very sparse dependable trial data for BNT162b1/2 shows exactly the very serious side effects. At the same high frequency. Fully corroborated by the VAERS data. About 2K died from side effect from the flu shot in the last 30 years. Over 30K have died from immediate side effects for the SARs CoV 2 shots in the last two years.

And remember the under-count with VAERS is estimated at 90% plus.

It is a non sterilizing vaccine, does not prevent infection, gives only short term partial elevated immune response, and one of the previously observed mRNA long term effects, it neutralizes innate immunity on next exposure to virus. Which is why so many people got a mild infection after the boosters. Not only did it provide no immunity against new variants but reduced immune response.

So that vaccine “which saved millions” is the first public heath vaccine in history that has a very high negative efficacy.

Plus at risk group did not have out of range excess morality rates for respiratory infections 2020/21. And every one else with a low PSI/PORT score just got a bad cold. If the got it at all.

I had a SARs CoV 2 respiratory infection 1’st week March 2020. It was a cold with a a really sore nose and no sense of taste / smell. Thats it. No big deal compared with Swine Flu (N1H1) in 2009. Which was a fucking bitch which took months to recover from.

So who exactly are these “millions” who were “saved”. There is zero factural evidence for this statement.

I was looking at the recent rolling seven day vaccination rate in the UK. The current shots take-up is down 99% from the peak. No lockdowns, no mask mandates, no shots, and we’re doing just fine. Just like we would have without the experimental shots.

The real question is actually what damage these shots have done to the long term health of the world. This is something we won’t understand fully for decades.

I must say NO. Aids is nothing, like a sneeze, comparing to what’s in it. What’s in it is a component of the BORG building mechanism. Together with: poisoned water and food supplies, EM waves, aerial spraying, mass media and mass education brainwashing, toxins in clothing and household items, pharma and cosmetic industry.
We’re wrong thinking that machine will replace us. It’s actually us to become one.

The most sensible post here. I think it hilarious that only some geniuses know the actual “facts” about how the world works. So long smart people. We can revisit this in 20 years…

20 years is a long time, would you like to chip in and help with the hosting costs to get us that far so we can review, it’s €3.50 a month, think you can help?

So you have nt slightest idea what you are talking about then and just parroting what you saw on RTE and read in the IT/Indo.

Revisit in 20 years? No one will go to jail in Ireland They never do. But I can guarantee you that in countries with a half way functional justice system public health officials will be hauled up in court and made answer for what they did. And with a bit of luck some will go to jail.

If a doctor lies about the effectiveness of medical produces, acts completely outside their level of medical competence , and people die. They go to jail. It should be no different for public health officials.

Here is a quick example . Find the pandemic response plans from various countries pre-2020. Follow the scientific literature references for each of the measures. Based on many decades of medical and public health science. Now compare what was actually done after March 2020. Zero correlation.

I wonder why. This was always 110% political ass-covering. Had nothing to do with actual pubic health science.

Here is something to think over. Looking at the pattern that is being established those shots you got, the “vaccine” that lasts a few months, have around a 1 in 125 / 150 probability of leaving you with a serious enough adverse response to have an effect on your general health. For reference a 1 in 10,000 / 30,000 probability is usually enough to get a prescription drug pulled. A 1 in 100,000 probability usually enough to get an over the counter drug pulled.

A little snippet from the sindo early last year that proves the sham. 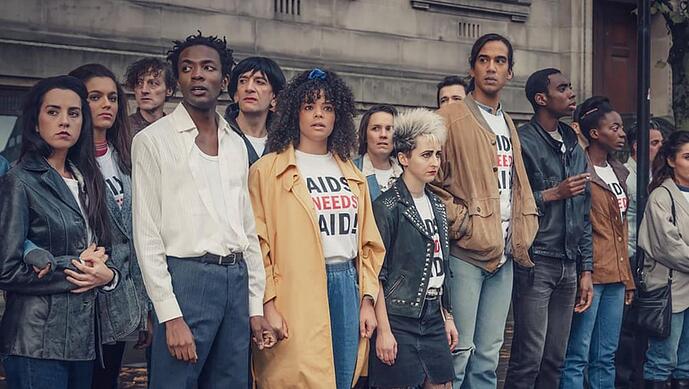 We must never forget those who died of Aids

“In the Middle Ages, the leper was a social text in which corruption was made visible, an emblem of decay. Nothing is more punitive that to give disease a meaning — the meaning being invariably a moralistic one.”— Susan Sontag, writer and...

Yeah, I will never forget the Great Dying in the Castro in SF in the early 1990’s. Or why they died. Unless they were incredibly unlucky they had unprotected sex with hundreds of men and took larges amounts of drugs before they became symptomatic. So just like the IV drug addicts, tough shit. I also remember the AZT Walking Dead of 10 / 20 years ago. They had the same ravaged bodies of crystal meth junkies. But without the skin lesions. Or the serious brain damage. All dead or in hospices now.

Funny how your never hear that part of the story in the MSM.

The only people with AIDs I had huge sympathy for at the time were the runaway kids who were abused by the predators in the Twink scene, where they got AID’s, and then ended up on Polk St as street prostitutes. All dead within a year or two.

A story you will never ever hear about in the MSM.

There were the haemophiliacs who got tainted products too, so HIV and hepatitis. Did anyone ever get jail time for that anywhere?