Mugabe was a total bastard. He took a relativity prosperous country for Southern Africa (I was there in ''99) and completely thrashed it.

Think you (may have) missed the point

Allow me to spell it out:

The government spied on the opposition during an election and accused it of treason.

I hadn’t watched news for a week or so, but got around to it last night, caught highlights of a Trump press conference.

What the hell was happened to him? It looks like he’s got an amphetamine face. How much of that stuff is he taking?

He’s telling the US military to shoot down boats.

That guy is not well. Its a marked deterioration in a few days.

This is from a while back, and hell, he looked better then too.

Donald Trump is one weird dude, we know this. One thing you may not have noticed though, is that Trump often has abnormally large pupils. And according to ophthalmologist Dr. Jack Brown, this is incredibly worrisome. Or at Dr. Brown says, it’s...

Hardly surprising news on a website written 'by Democrats , for Democrats ’ - https://mediabiasfactcheck.com/political-flare/

True, for the website, but it does quote a twitter thread at length which is interesting and eye opening (sorry!)

But really, he looks wrecked these days.

Not a credible source.

I wonder why this hasn’t been raised yet.

Why are Donald Trump’s pupils intermittently so Dilated?

Heat and light is his latest guidance. May work, may not. He’s not a doctor.

Also bring the light inside the body - either through the skin or some other way.
Use disinfectants on people, by injections inside or almost a cleaning.

Could have lost possibly a million people if no action was taken.

For a press conference it was very fact free. No numbers or stats. Just assertions. It always like this?

Somethings he comes out with are just beyond stupid

Bleach/UV your insides, for the trump supporter out there this is a VERY bad idea. Not to be recommended

At Thursday’s White House coronavirus press briefing, President Donald Trump said that his administration was looking into the possibility of putting ultraviolet light and disinfectant inside people’s bodies in order to “shorten” the life of the...

It’s a sign of how far we’ve come that such comments pass almost unnoticed. The leader of the free world shoots the breeze about dangerous fantasy cures on national television in front of the country’s 300+ million citizens. I’ll tone down my conviction that he’s a complete frickin’ moron and just say that this is neither normal nor responsible. I truly hope the egotistical bollocks gets run out of office in November, but I don’t think there’s much chance of it happening. I hate the Dems, but Trump is too much to bear.

I hate the Dems,

The democrats don’t to my mind tug the forelock to the radical religious? Probably the most obnoxious parts of the republicans IMO

I wonder why this hasn’t been raised yet.

Yea I wonder that too, two weeks ago.

Does anyone remember the early, perhaps experimental Germaphobe Trumptoon model?

Seems like a good trait, nay instinct, to have right now, but you do not hear too much about it now. Funny that.

I am also surprised no one has raised the Trump is an adderall addict as a further black mark. 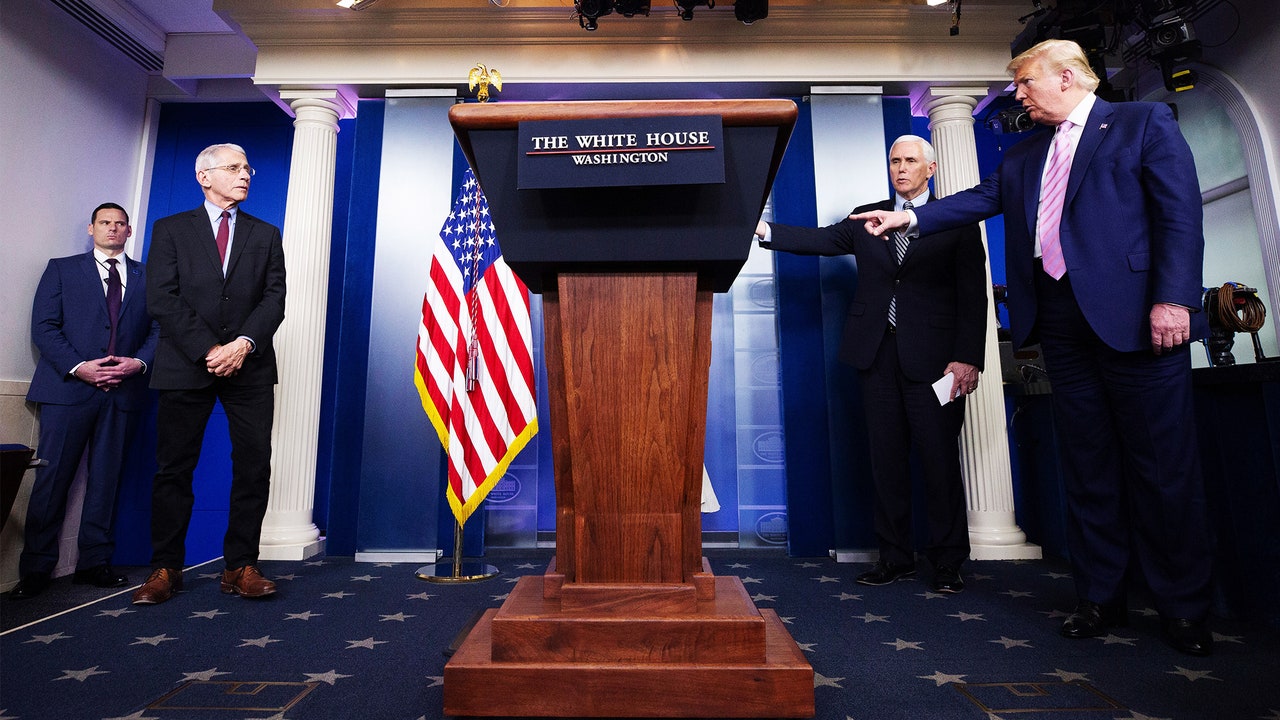 Forget testing, ventilators, and PPE. Donald Trump’s big plan to beat COVID-19 involved distributing millions of doses of an unproven drug. Behind the scenes, senior administration officials pushed hard to bend the rules and back up his boasts.

Somethings he comes out with are just beyond stupid

Bleach/UV your insides, for the trump supporter out there this is a VERY bad idea. Not to be recommended

Ultraviolet blood irradiation (UBI) was extensively used in the 1940s and 1950s to treat many diseases including septicemia, pneumonia, tuberculosis, arthritis, asthma and even poliomyelitis. The early studies were carried out by several physicians in USA and published in the American Journal of Surgery. However with the development of antibiotics, the use of UBI declined and it has now been called “the cure that time forgot”. Later studies were mostly performed by Russian workers and in other Eastern countries, and the modern view in Western countries is that UBI remains highly controversial. This review discusses the potential of UBI as an alternative approach to current methods used to treat infections, as an immune-modulating therapy and as a method for normalizing blood parameters. Low and mild doses of UV kill microorganisms by damaging the DNA, while any DNA damage in host cells can be rapidly repaired by DNA repair enzymes. However the use of UBI to treat septicemia cannot be solely due to UV-mediated killing of bacteria in the bloodstream, as only 5–7% of blood volume needs to be treated with UV to produce the optimum benefit, and higher doses can be damaging. There may be some similarities to extracorporeal photopheresis (ECP) using psoralens and UVA irradiation. However there are differences between UBI and ECP in that UBI tends to stimulate the immune system, while ECP tends to be immunosuppressive. With the recent emergence of bacteria that are resistant to all known antibiotics, UBI should be more investigated as an alternative approach to infections, and as an immune-modulating therapy.

Plenty if you bother to search the subject.

It’s a sign of how far we’ve come that such comments pass almost unnoticed. The leader of the free world shoots the breeze about dangerous fantasy cures on national television in front of the country’s 300+ million citizens. I’ll tone down my conviction that he’s a complete frickin’ moron and just say that this is neither normal nor responsible. I truly hope the egotistical bollocks gets run out of office in November, but I don’t think there’s much chance of it happening. I hate the Dems, but Trump is too much to bear.

I have noticed from the video posted and other videos, Trump appears to be continually looking to Dr. Birx, as he was wandering around the subject and as you say, introducing the sucker to Americans (remember the formula?) which to me would indicate they were discussing it sometime previous to the press briefing.

On a point of information, Dr. Birx Medical License may be expired since 2014.

If it is true, as she advises the American people, you would imagine the media might use that details as a club to beat the Trumptoon? Maybe it is not true.

he also wanted to investigate whether sunlight could be brought “inside the body,” or whether disinfectant materials could be injected into bodies or used to cleanse bodies in the same way they disinfect surfaces

The law is intended to make it easier for state prosecutors and sex-trafficking victims to sue social media networks, advertisers and others that kept exploitative material on their platforms, although victims would be required to show websites knowingly facilitated sex trafficking.

The signing occurred as Washington sharpens its scrutiny on technology companies, which have largely evaded regulation, for their use of privacy protections and consumer data. Mark Zuckerberg, the chief executive of Facebook Inc, has been testifying before lawmakers this week.

Silicon Valley has long opposed efforts to rewrite the Communications Decency Act, which protects companies from liability for content posted by their users and has been credited with fueling the sector’s growth for 20 years…

…Law enforcement has lobbied for such legislation for years, and the bill had drawn support from Ivanka Trump, the president’s daughter and a White House adviser.

U.S. President Donald Trump signs H.R. 1865 “The Allow States and Victims To Fight Online Sex Trafficking Act” at the White House in Washington, U.S., April 11, 2018. REUTERS/Kevin Lamarque
“This is a momentous day in the fight to help stop online sex trafficking, and a big victory for trafficking victims and survivors who for too long have been denied the opportunity to get the justice they deserve,” said Republican U.S. Senator Rob Portman, a co-sponsor of the Senate version of the bill.

On Monday, an indictment against Backpage.com, the internet’s second-largest classified ads website, which is used for sex trafficking, was unsealed.

Trump, who had been expected to sign the bill, did not respond to reporters’ questions when he signed it.

U.S. President Donald Trump on Wednesday signed legislation aimed at penalizing website operators that facilitate online sex trafficking and chipping away at a legal protection for the technology industry.