Trump signed a law passed by Congress. What am I missing?

Perhaps. Who knows. That’s the problem isn’t it? Nobody knows what the hell he is talking about exactly.

But the main criticism is being directed at the injection of disinfectant comment.

EDIT: Seems he was following on from Department of Homeland Security’s William Bryan, who had earlier said that researchers see “emerging results” suggesting solar light has a powerful effect in killing the virus on surfaces and in the air.

I have noticed from the video posted and other videos, Trump appears to be continually looking to Dr. Birx, as he was wandering around the subject and as you say, introducing the sucker to Americans (remember the formula?) which to me would indicate they were discussing it sometime previous to the press briefing

Careful. There is a viral video of her reaction on this occasion.

I’ll leave it as an exercise to the reader. Cant spoon feed everything.

The lazy left strike again. So much for solidarity…

I will never defend Trump but he is the target of such hatred that his every utterance is magnified in grotesque ways without any sense of balance. Remember how he was criticised for banning flights from China?

In this instance, he participated in a lengthy press conference with his Coronavirus Task Force. The comments in the media are from a brief section where he responds to an expert briefing which contains various ideas I haven’t heard mentioned in any Irish official briefing e.g. the beneficial effects of sunlight and disinfectants. But naturally the media won’t explain that context or even communicate this expert advice.

As you can see in the video, he repeatedly stresses that these are just some thoughts in response to the meeting he has just had with the experts. He is clearly trying to illustrate the many possibilities for research but always referring back to the experts. Trump’s comments are often stream-of-consciousness which his supporters love because they’re sick of the polished politicos with their teleprompters full of focus-grouped BS.

Maybe our leaders should avoid all such speculation but, faced with the greatest pandemic in modern history which is baffling the experts and with no cure in sight, I think it behoves our leaders to ask provocative questions, even in public.

Does anyone else have the feeling that Leo has zero confidence in his own medical knowledge? I’ve never heard him speak as a doctor or draw on his training. Angela Merkel sounds much more confident when speaking about the science of COVID-19.

Imagine the s*it-storm if Trump had talked about 18 earlier COVIDs? Our Minister looks sheepish and gets a pass.

Commentators here deride Trump’s mention of UV radiation. I doubt they realise that his uncle, John Trump, was eminent in this field- a Professor at MIT who developed radiation therapy and helped design the Van de Graaff generator. Now imagine if Joe Biden had an uncle of that calibre. Every Guardian reader would know it and the media would treat Biden as an oracle on radiation because of it.

Come November, the American people will decide. Pity their alternative is probably the least capable Democratic candidate in history.

Commentators here deride Trump’s mention of UV radiation. I doubt they realise that his uncle, John Trump, was eminent in this field- a Professor at MIT who developed radiation therapy and was helped design the Van de Graaff generator.

This says it all. We dont give people a pass based on some eminent ancestor. We judge them on who they are themselves.
The crazies and quacks are already hailing bleach based remedies and other garbage on the back of it. 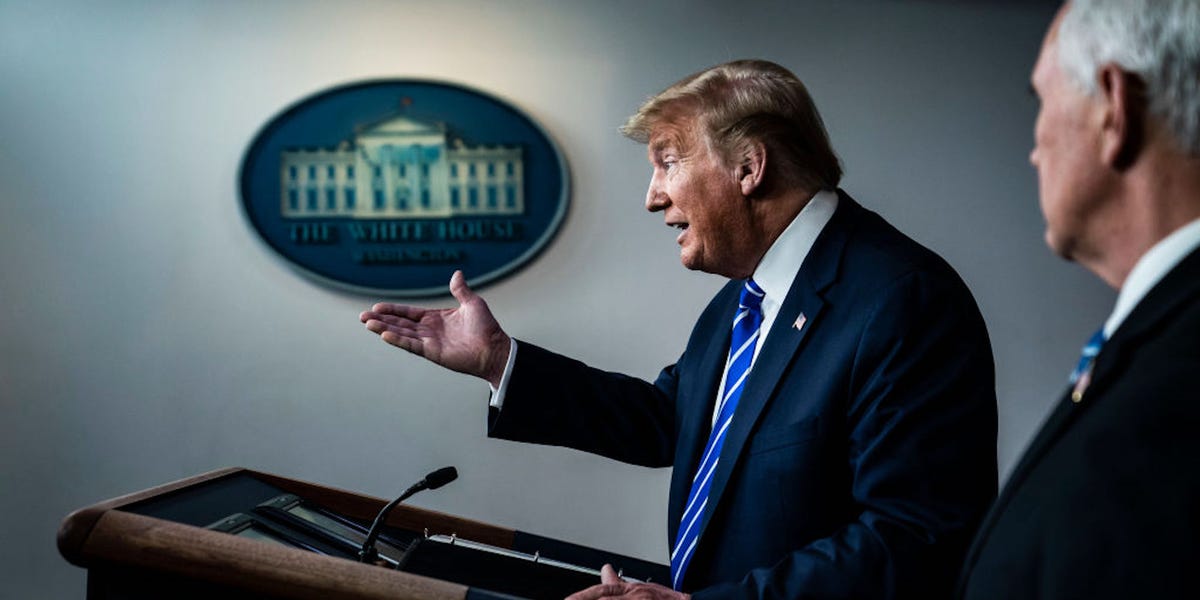 A fringe movement that claims bleach is a miracle cure is jubilant after Trump...

We dont need someone shooting the shit on whatever might work, it just causes mayhem. We need someone with actual solutions and answers. If they dont have them, it’s not an opening to just make it up.

Anyways he’s just come out and said he was being sarcastic.

@Mercury Why did you not quote my next two sentences which clearly makes this point? Happily people can read my comment themselves.

Yes, crazies are picking up on Trump’s comments for their own purposes, just as the media have down for theirs (thus ensuring that everyone heard the comments out of context)

Why did you not quote my next sentence which clearly makes this point?

Because it was speculation and projection, wasnt it?

No, it’s a very germane illustration of a central issue. Politicians we support get credited with exceptional talents for trivial reasons (I mention Biden as he is now our saviour) but Trump is constantly derided.

In this case (as he says on the video, and you should listen before commenting), he finds the topic fascinating, as would anyone whose uncle had achieved so much in that field. He is not claiming expertise but he shouldn’t be derided for asking the experts to research it.

No, it was speculation and projection. So what if Biden had a Nobel prize winning physicist who cured cancer while doing ironman.

Would we accept Biden saying:

You know, my uncle was a great person. He was at MIT. He taught at MIT for, I think, like a record number of years. He was a great super genius. Dr. John Trump. I like this stuff. I really get it. People are surprised that I understand it. Every one of these doctors said, 'How do you know so much about this? ’ Maybe I have a natural ability. Maybe I should have done that instead of running for president.

Off to the lunatic asylum for that man, but not Trump. His actual quote by the way.

And I watched the whole wretched press conference last night.

Thanks for illustrating my point - Trump is genuinely fascinated by radiation.

I don’t want to defend him but the media have lost all objectivity and strangely that suits him because he is such an egotist. If he loses in November, he will rank among the three worst Presidents in the past half-century but we should have no illusions about his opponents and in the current crisis I am not at all sure that Joe Biden is the one to lead.

Thanks for illustrating my point - Trump is genuinely fascinated by radiation.

He needs to stop spouting shite.

Even if he says he was sarcastic.

No one here critised him for banning flights. So that strawman is not going to get far. In fact I think I praised him.

Leaders should be responsible. The latest stupid comments probably will cost a number of lives as some people actually listen to him. Do you think its a good idea to take disinfectant?.

He deserves a kick in the nuts when he is so wrong and praise where he is right. But praise him (and his extended family) or excuse the latest BS if you want.

His promotion of chloroquine has probably cost a number of lives already. FDA are issuing warnings as there are a number of serious side effects incl heart problems

USA has 50,000 deaths for 330 million population. Trump gets a kicking every day at the press conference and things taken out of context and mocked

Ireland has proportionately more deaths at 1000 for 5 million population. Leo gets zero kicking at press conference and a docile media.

I suppose when Leo says that we should try drinking Barrys tea in large quantities because some town in Cork has very few cases. Might help. Might not. What do we have to lose?

But, seriously, the US is slightly further behind the curve than we are.

Much more than that, with their resources, they should be knocking this out of the park. 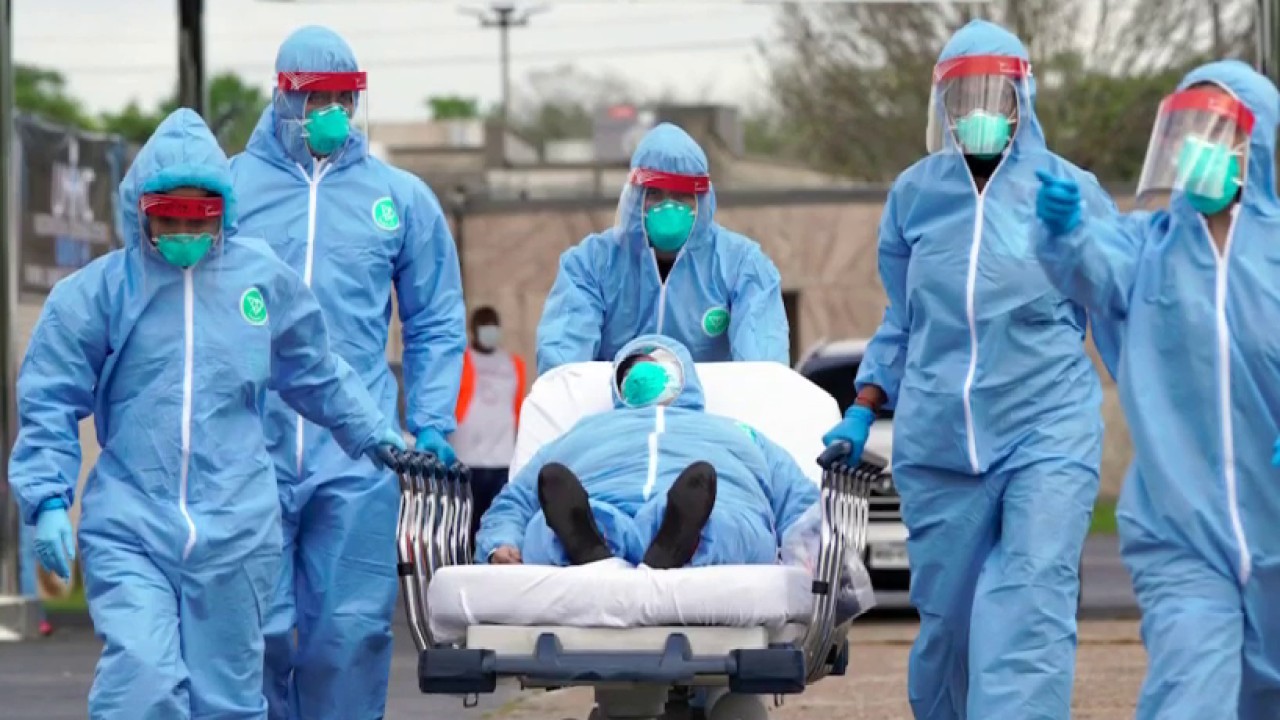 US was more prepared for pandemic than any other country, Johns Hopkins study...

The United States was ranked the best-prepared country in the world to handle a pandemic in late 2019 by the Nuclear Threat Initiative (NTI) and the Johns Hopkins Center for Health Security (JHU) -- an assessment seemingly at odds with claims by top...

So yeah, many Americans are going to be pissed I guess.

My strawman? No, your strawman!

Remember how he was criticised for banning flights from China?

I never said the criticism was by Pinsters.

And I repeatedly said I would never defend Trump. I simply pointed out the distortions in the media which exacerbate the problem and are painfully partisan. Joe Biden is a sitting duck but they won’t go after him.

Trump never said anyone should drink bleach but, hey,

You really must live in your own little dream world to be relaying that fanciful John Hopkins rating now. Other than dishonesty I can’t see any other motive. Do you seriously believe now or did you on 24 March that the USA was “more prepared” than East Asian advanced countries that are more used to flu panics ?

Well I guess Fox News was wrong, and the Dems were right. You and I know the truth of it.

But what matters what Americans are being told.

Of course the US was badly prepared - I don’t have to go into how much was disbanded and neglected under Trump.

Fox News still ranks as America’s most watched cable network. It is the MSM in the US (and by definition, Mr. R. Murdoch is the show runner).

So yeah, this is the biggest news story in the US for decades. The US should be crushing this. They were told it was no big deal. It would go away. Wait for the summer. We are the best. Its under control.

Did Leo come out with this shite?

Hoist on your own petard, I think.