Worth listening to hear about M.O. of Antifa in USA.

‎Americano: What's going on in Minneapolis? on Apple Podcasts

Just another case of incompetence from the US police force they simply don’t understand when to let go, a bit like a pack of Pitbull Terriers that have been trained in the art of dog fighting.

The US has the police force they wanted, so they can’t complain when the citizens revolt!

Nope, I’m absolutely certain that this chaos has been 100% orchestrated. George S*ros’s finger-prints are all over this.

+1. I believe he was seen swooping low over Mall of America in Baba Yaga’s flying cauldron, scooping up innocent children for a Spirit Cooking barbecue, while lobbing firecrackers towards that 3rd Precinct cop station. Fortunately Santa Qlaus appeared in the nick of time, bedecked in a white hat with WWG1WGA emblazoned down the side of his sleigh, and knocked Egregious George off course. Alex Jones said he read it on 8chan so you can take that as gospel. 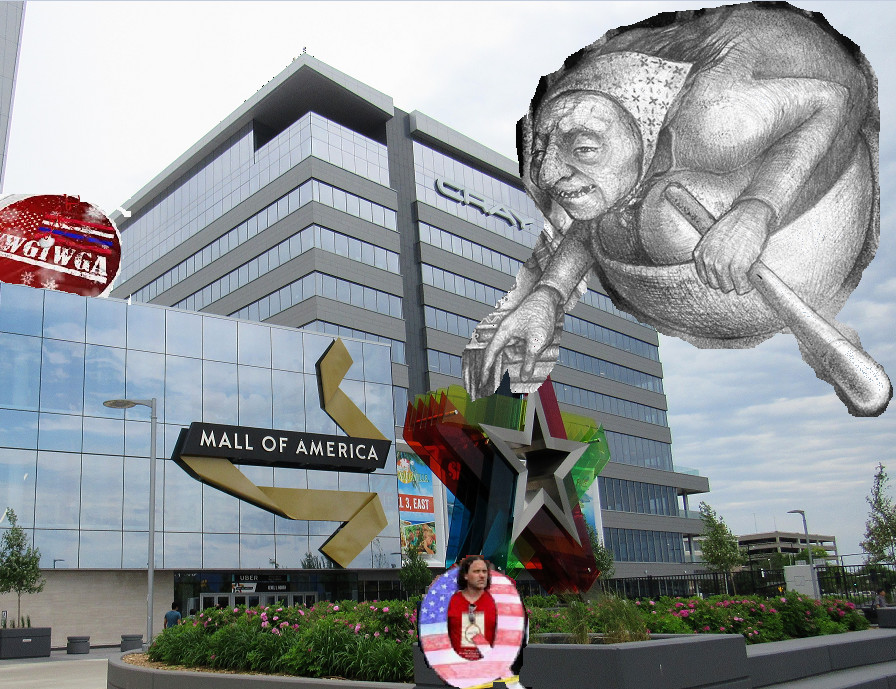 Nah, I just turned up for a wry smile at the total abandonment of reason and objectivity on here. I say “wry” because there isn’t much funny about the wholesale return to superstition and pre-scientific modes of thought that is now in evidence. You guys are utterly lost.

Look PS like you I abhor the Qanon stream of consciouness nonsense, but the fact is that there is a pattern of violence by left-wing extremists like Antifa:

Antifa's Brutal Assault on Andy Ngo Is a Wake-Up Call—for Authorities and...

All revolutionary movements seek to sanctify their lawless behaviour as a spontaneous eruption of righteous fury. In some cases, such as the Euromaidan movement in Ukraine, this conceit is justified. But usually their violence is a pre-meditated...

The Antifa thugs who attacked Quillette editor and photojournalist Andy Ngo in Portland yesterday did not quite manage to crack his skull. But they did manage to induce a brain hemorrhage that required Ngo’s overnight hospitalization.

The scene was captured by local reporter Jim Ryan, whose video can be accessed at the link below. We caution readers that it is an unsettling spectacle—by which we mean not only the violence itself, but the unconstrained glee this pack of mostly young men exhibit as they brutalize a journalist whom they’d spent months demonizing on social media, and whom they’d explicitly singled out for attack.

First skirmish I’ve seen. Didn’t see how this started, but @MrAndyNgo got roughed up. pic.twitter.com/hDkfQchRhG

Antifa and that specific event is covered in the Antifa thread incepted, August 2017

Look PS like you I abhor the Qanon stream of consciouness nonsense, but the fact is that there is a pattern of violence by left-wing extremists like Antifa

RN, I don’t dispute that part. Antifa are a very nasty bunch – I have seen vids of them cracking skulls previously. And yes, they organise from out of town to converge on trouble spots. The thing I was disagreeing with was George Soros’s involvement. There is a well-documented history of the right painting Soros as a leftwing boogey man with his finger in every endeavour they dislike. Much of it is demonstrably pure fabrication.

In this the fringe right is similar to the fringe left and Antifa. Both claim that society is controlled by sinister elites and they use this to justify direct action (which generally means behaving like tribal mobs). Both are prone to believing in fantastical conspiracy stories due to a combination of confirmation bias and lack of critical thinking skills.

Yes, but perhaps the largest common component on left and right is utter mistrust of institutions, in particular ‘na mean cumarsaide’ and in that the media could be fairly construed as a sinister elite manipulating society!

Unfortunately it has only taken a few short years for us to progress from the brave new world in which “new media” was allegedly going to cut out the media middle man, to where a cacophony of factional interests spew lies and disinformation across the internet. It may be true that left and right distrust the traditional media, and indeed there may be good reasons for doing so. However, they have retreated into their respective echo chambers where they now believe the most outrageous fabrications. I don’t believe it’s an exaggeration to say we have entered a benighted new Dark Age. It’s a scary place in which critical reasoning has been subjugated by personal prejudice.

@PS200306. You saw what happened in Ireland during the 8th Amendment referendum. That the social media were on the same team as the State and its State Broadcaster is a matter of record. Zukerberg acknowledged that last year.

Country was a laboratory, the electorate were conditioned and they know which buttons to push.

If you want to let your rabble loose you have to create an excuse. Antifa and these lads have a lot of common - perhaps we should let them find a deserted corner of the US for them to play out their games. The second amendment cuts both ways - https://www.npr.org/2020/05/14/855918852/heavily-armed-protesters-gather-again-at-michigans-capitol-denouncing-home-order

Good point MM. That’s intimidation - for sure - but I wonder is it quite (perhaps not yet!) in the same league as the guys who did this and their apologists. I thought this unsettling.

Destroying a Police Precinct Is a Reasonable Response to Unreasonable Killings

The first thing to emerge from the pandemic is a rebellion against policing.

If you want to let your rabble loose you have to create an excuse. Antifa and these lads have a lot of common - perhaps we should let them find a deserted corner of the US for them to play out their games. The second amendment cuts both ways - https://www.npr.org/2020/05/14/855918852/heavily-armed-protesters-gather-again-at-michigans-capitol-denouncing-home-order

This appears to be a bit of a false equivalence.

@PS200306. You saw what happened in Ireland during the 8th Amendment referendum. That the social media were on the same team as the State and its State Broadcaster is a matter of record.

No real surprise though. The state broadcaster has always had a “progressive” agenda. Young people were overwhelmingly in favour of repealing the 8th. Those of us who think it’s barbaric are in a small and diminishing minority.

Antifa and these lads have a lot of common…

I thought this was mildly amusing …

The police reaction so far is all a bit …strange. Why are they entering riot zones in regular police vehicles? Literally hundreds of police vehicles have been destroyed so far. Where’s the water cannons, armoured vehicles, 5G etc? Almost as if they’re allowing it to happen.

A little fatalistic, PS. Young people are also increasingly idealistic when it comes to food for example and reject meat as barbaric so in my opinion that is a thread to pull on.

Probably due to too many references to “Robocop” being aimed at them, trying to appear more human perhaps.
Tanks on the streets don’t look good for the President!

I’m not talking tanks though. Police vehicles with caged windows would be the norm here.

Trump will deploy US military if State and local gov refuses to follow direction to end lawlessness with enough force.

“…the spilling of innocent blood is an offence to humanity and a crime against God, Americna needs creation not destruction…”