The numbers are massively inflated.

The reason I have no respect for your posts is that they are dangerous right wing rants. Others have pointed out that the Covid numbers from Florida leave a lot to be desired in terms of accuracy and completeness. That is hardly surprising, given the lack of leadership and mixed messages. But only you have claimed – without being willing or able to provide evidence – that “the numbers are massively inflated”, that “fake new Corona cases coming out of Florida” resulting in the cancellation of the Republican convention are “convenient”, and that the virus outbreak as a whole is a “plandemic”, a term you’ve used several times.

You show no concern whatsoever for people dying in their thousands. You’re more interested in maintaining your delusion that “everything you’re being told about this virus is a lie and disinformation”. And that’s why I’m angry. Because frankly it fucking scares me that people can be so uncaring and vicious, so thoughtless, and so willing to scream “fake news” when the facts don’t suit their personal agenda.

Hi PS
Do you think the governments and their agencies are always acting in good faith? Masks now, but not in March? Surely you agree that there are vested interests that are exploiting this.

Lets do a poll. Who here knows anyone (a) who has tested positive, (b) been sick and © anyone who has died 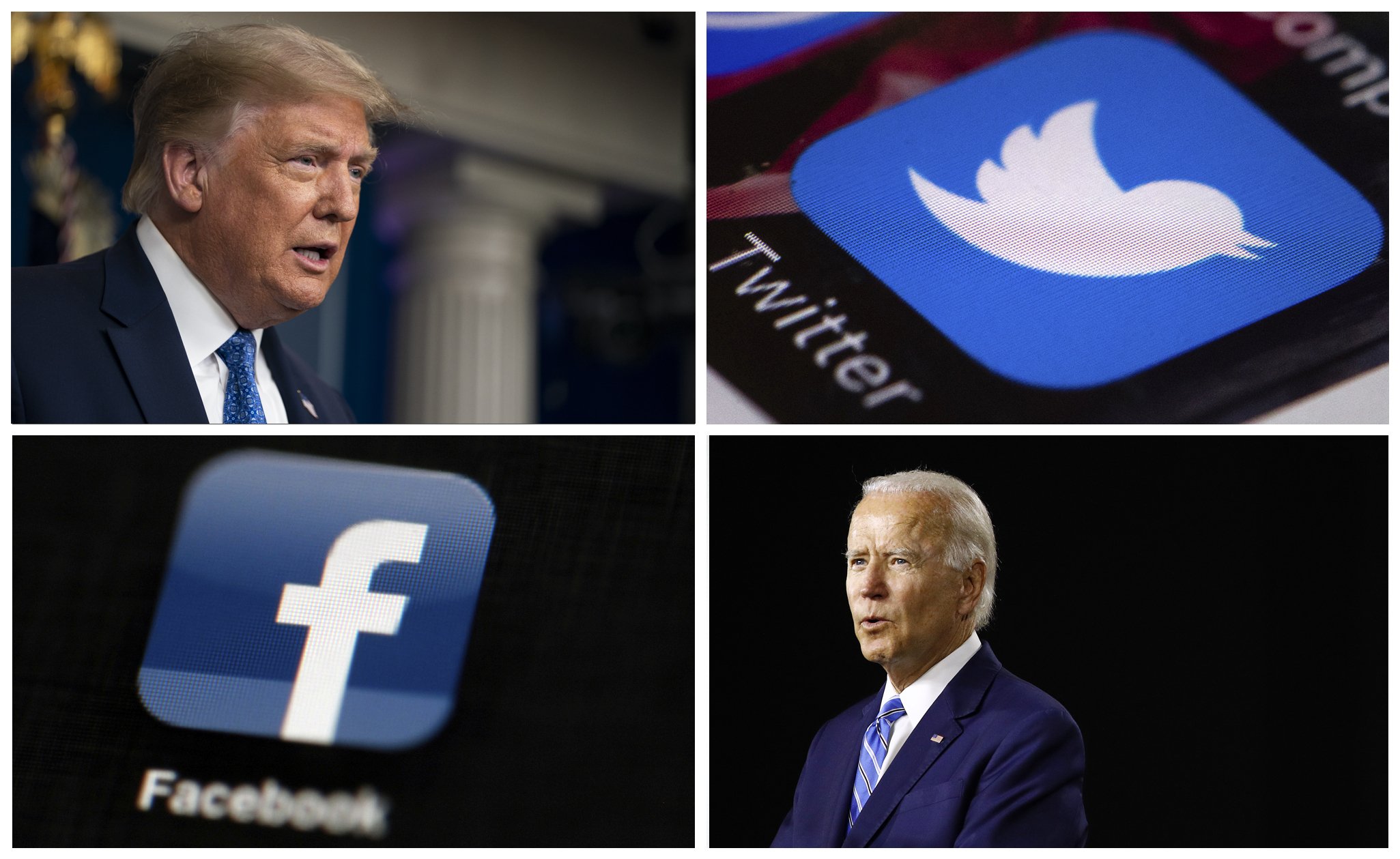 CHICAGO (AP) — Social media has become the target of a dueling attack ad campaign being waged online by the sitting president and his election rival. They're shooting the messenger while giving it...

Tread carefully. He gets furiously angry if you question the official mainstream narrative.

To answer your poll - I know of absolutely nobody who’s contracted the 'rona.

I wouldn’t consider myself to be right-wing (both sides are pretty bad but the left have become completely unhinged in recent years). And I’m certainly not vicious and uncaring. I just have a very hard time believing a word we’re being told on mainstream media regarding the virus. Anyway, I don’t wish to argue. Have a great evening PS.

Hi PS
Do you think the governments and their agencies are always acting in good faith? Masks now, but not in March? Surely you agree that there are vested interests that are exploiting this.

Lets do a poll. Who here knows anyone (a) who has tested positive, (b) been sick and © anyone who has died

Loaded questions all. You need to say which hypotheses you are trying to validate. Of course government’s don’t always act in good faith – they are trying to stay in power. That doesn’t mean we leap from a few dodgy Covid statistics to a giant leftwing conspiracy aiming to derail the Republican national convention.

Likewise, why ask if anyone knows a Covid case or someone who’s been ill. (I do, as it happens). We already know from the stats that most people won’t, as only half a percent of the population have tested positive. Doesn’t mean it’s not a big problem. 20% of cases need hospital treatment, and some need acute care. 50% of these latter will die. What’s more, there are only 250 adult critical care beds in the country (source: HSE National Adult Critical Care Capacity and Activity Census Report, September 2019). It’s clear that even the number of cases in Ireland had the potential to overwhelm the health system if they occurred in a narrow enough window.

Tread carefully. He gets furiously angry if you question the official mainstream narrative.

Nope. I reserve my anger for morons babbling on about the “plandemic”.

19 posts were merged into an existing topic: Coronavirus Wave 1 - Did you have it and with what symptoms?

…“The CCP has launched an orchestrated campaign, across all of its many tentacles in Chinese government and society, to exploit the openness of our institutions in order to destroy them,” Barr said during an address at the Gerald R. Ford Presidential Museum.

(CNN)Twitter restricted Donald Trump Jr.'s ability to tweet after he posted a video featuring a doctor making false claims about coronavirus cures and stating that people “don’t need masks” to prevent the virus from spreading, a Twitter spokesperson said Tuesday.

Some of the account’s functionality, including the ability to tweet, will be limited for 12 hours, the spokesperson said.

The video, which was published by the right-wing media outlet Breitbart News and went viral online on Monday, featured a group of doctors making false and dubious claims related to coronavirus, including that masks are unnecessary.

President Donald Trump also retweeted multiple versions of the video on Twitter, but he did not upload a version of the video to the site. His son did, which is why Twitter only took action against Trump Jr.'s account, a company spokesperson said.

This appears to be the “viral” video, with doctors proclaiming “good news”: 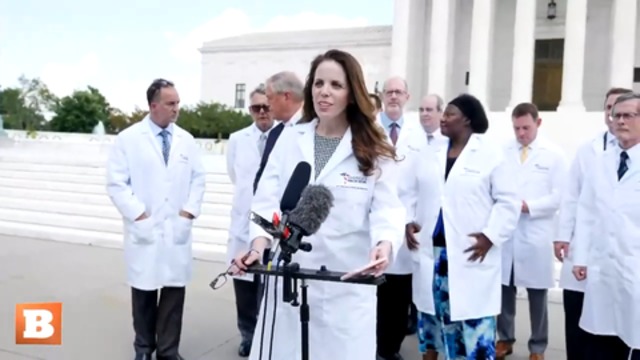 Trump is moving forward with his plan to regulate social media

The Trump administration took a key step on Monday toward fulfilling the president's executive order on social media, formally asking the FCC to develop regulations that could apply to Facebook, Twitter and other tech platforms.

...the onetime leader in photography sales is gearing up to produce ingredients for generic drugs, including the antimalarial drug hydroxychloroquine.

I dont get it. Social media is a swamp but the 1st amendments rights will trump any president.

I dont get it. Social media is a swamp but the 1st amendments rights will trump any president.

Apologies, but I don’t actually follow your train of thought, I mean, trump whose 1st amendment rights, do you mean corporations or actual citizens of the USA?

How did shares if other big pharma players fare after this move? Ireland?

The Pharma industry and the Tech Industry (e.g. Intel) have invested many billions of dollars in their facilities in Ireland. This is actually quite good for Ireland as it will keep these businesses there long term. If they do decide to move out, then, they will end up selling those facilities to other tech/pharma companies and those will continue to produce in Ireland. $ 750 is a fraction of what it would cost to replicate a lot of this Irish infrastructure in America. Plus, I think they will focus on replicating the Chinese facilities in the USA first. Leaving some manufacturing in Ireland is probably a much safer bet for the USA.

Trump with help from his military is ready to roll out 500 million Corona 19 vaccines.

Former US president Obama get’s the boot in during his eulogy at the funeral for John Lewis, mail in-voting don’t ya know. (1:32) - Also in attendance were, Bill Clinton & George W. Bush, who also both gave speeches.

Interesting tell there all the same…

Dems Fear Release of Durham's Findings Before the Election

Attorney General William Barr reiterated this week that he wouldn't wait until after the election to release the report of U.S. Attorney John Durham.

… Rep. Debbie Mucarsel-Powell (D-Fla.) asked Barr: Would he “commit to not releasing any report by Mr. Durham before the November election?”