IDK, perhaps you’re biased because you have TDS?

Or perhaps “TDS” is just a brain-dead slur that Trump fanatics hurl at anyone who doesn’t idolise their hero.

He can’t been that dumb considering how he smoked his opponents on the republican ticket back in 2016.

There’s no law of the universe that says dumb people can’t be successful. Otherwise Paris Hilton would be flipping burgers.

I will grant you that, In terms of traditional IQ and academic performance he might not be the brightest by those measures, but I think there is something else going on that gives him an advantage.

Until you can account for that you are clearly missing a piece of the puzzle.

Self-confident arrogance and enough money to make people do what he wants. I merely said he was dumb, to which I would add that he is crass, unclassy, and deliberately cruel.

I wouldn’t for a moment suggest many of his political opponents aren’t the same. Nor that the media haven’t lost their minds over him and the people around him. Look at this crass piece in the IT today, which goes after his adviser Kellyanne Conway. It’s basically a bitch-tastic piece about a fifteen year old’s teenage Twitter rant. WTF is that doing on the front of an Irish national newsrag? I guess society has become crass, unclassy, and cruel. I dislike Trump because he’s making it worse.

‘My mother’s job ruined my life.’ Another thrilling episode of the Kellyanne...

Trump’s adviser wants ‘less drama, more mama’ but her family seem to have other ideas

Here’s why I think perhaps you may have TDS.

In the real world there are 3 positions.
a) Pro-Trump
b) Anti-Trump
c) Trump agnostic.

I think many people are Trump agnostic. Enjoying the show, but couldn’t care either way.

What exactly are you enjoying about the “show”?

So he has done what exactly for 4 years. Are these a dust down of 2016 promises? Has he even changed the order.

What about taking money out of the election cycle? Nothing says swampy like spending billions on elections. What is his record on jailing white collar crime?? Oversight of covid spending? 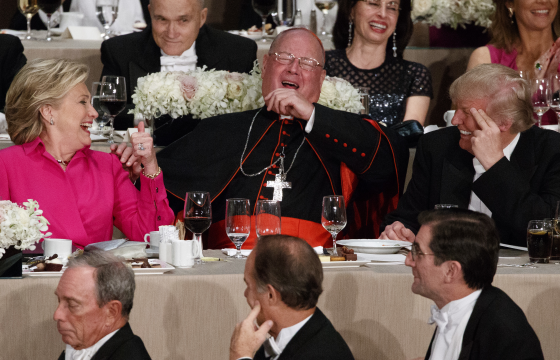 That was certainly one of the more entertaining highlights IMO.

I think a lot of people have not grasped the concept that you usually dont have the luxury of voting for a good candidate but of having to vote against a terrible candidate. And due to the nature of the beast there have been very few non terrible candidates over the last 150 / 200 years. I can only think of four that had any kind of positive reasons to vote for them. The two Roosevelts; Truman and Eisenhower. And Chester Arthur if he had been renominated. A couple more were sort of positive. Grant. Hughes, Hoover, Wilkie, Dewey, Ford, Bush II. But pretty much all the rest were a contest between bad and much much worse. Tilden / Hayes; Nixon / Kennedy; Gore / Bush; Obama / McCain; Clinton / Trump etc…

Yeah, sure Trump is unfit to be president. In normal times. But these are not normal times. And when the alternative is the Clintons and the Bidens of the world then its going to be the Orange Man every time. It may come as a surprise to some here, given their seemingly exceptionally narrow range of sources of information, but the Orange Man has actually been the most effective first term president since Reagan. And before Reagan you had to go back to FDR and then TDR to find presidents who actually shook things up as much as Trump did. In a good way. Wilson, Kennedy and Obama certainly shook things up. But in various disastrous ways.

So given that the Dems are already wargaming for loosing the election I’m not looking forward to what happens next. The only thing that could be worse than a second Orange Man term is the Dems actually winning. Biden was a pathetic candidate in 1988. He has not aged well. And Harris always was and always will be Willie Browns political fuck puppet. Her well deserved reputation around City Hall is total dirt. People like her only look good when compared to rich kid kiddie lawyers like Chesa Boudin. Who should have his day in front of a Civil Grand Jury sooner or later for gross official malfeasance. The dont teach state constitutional law in Yale it seems.

Anyway, you just hold you nose and vote to the least worst choice of a really really terrible selection. It could be worse, I suppose. it could be Van Buren / Harrison, Buchanan / Fremont / Fillmore, Coolidge / Smith or worst of all, Nixon / McGovern. So not quite the worst choice in election history. But close.

Yeah, I certainly wouldn’t relish having to choose between Trump and Biden/Harris. Though for me a huge part of it would be the ultra-pro-abortion stance of the latter pair. Many people wouldn’t share that dislike. And a lot of my antagonism toward Trump is just about fanning the flames of division. But he didn’t start that. On that score it would probably be fairer to say that Americans have got the choices they deserved. The whole setup is pretty poisonous.

I enjoy reading your insights and 1st hand perspective on things in The States.

It did seem like that to me (as a distant observer) of the 2016 election that DJT was a protest vote by many Americans.

Prior to the corona, the jobs numbers and the economy seemed to doing quite well.
Trump had been fulfilling his promises.

I can see the appeal of Trumps message of ‘America 1st’ to many American voters who have watched as their manufacturing industries were outsourced.

I am surprised that the Democrats are not able to put forward a better quality candidate than Biden. Things must be bad for the Democrats.

Do we want “the leader of the free world” to be an entertainer?

I don’t have a vote in the American elections. In that regard, it doesn’t matter what I want.

The American people voted for Trump and Trump is what they got.

Where have the young candidates in US politics gone?

List of presidents of the United States by age

This is a list of presidents of the United States by age. The first table charts the age of each United States president at the time of presidential inauguration (first inauguration if elected to multiple and consecutive terms), upon leaving office, and at the time of death. Where the president is still living, their lifespan is calculated up to August 24, 2020. The second table includes those presidents who had the distinction among their peers of being the oldest living president, and charts bo...

Is this a threat from Big Mike? 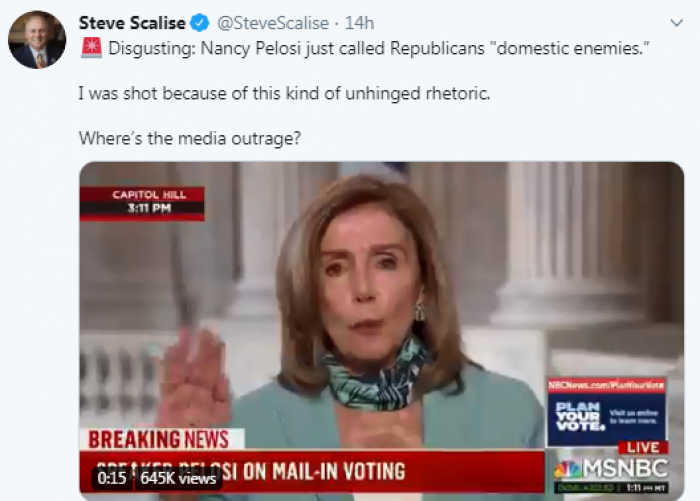 Yeah, right. The whole pandemic thing has shown Trump up to be as dumb as a box of rocks. If the Republicans don’t un-nominate him at the RNC (like a quarter of Republican voters think they should), I hope he loses to Biden. Better luck next time, with a proper conservative instead of that orange oaf.

Who in the Republican Party is a “proper conservative” ? and what have they ever conserved ? when was the last time they won ? (No, tax cuts for the rich don’t count) its just a long line of losers, war mongers and clowns

You have a point. US politics has become unhinged on both sides. Twenty or so Republican candidates for the congressional elections are QAnon believers for god sake. The place is heading to hell in a handbasket.

Dem Convention Made No Mention Of Russiagate Or Impeachment, Because Those Were...

Interesting comment once again from Trump a few minutes ago live about how things could be sorted very “quick”… this appeared on the chans 5 days ago.