No Matter the Liberal Metric Chosen, the Bush/Cheney Administration Was Far...

Fantasies of a Trump-led fascist coup have redounded to the benefit of many -- especially those responsible for abuses far worse than those of the current president.

Here’s your link with without the tolken.

No Matter the Liberal Metric Chosen, the Bush/Cheney Administration Was Far...

Fantasies of a Trump-led fascist coup have redounded to the benefit of many -- especially those responsible for abuses far worse than those of the current president. 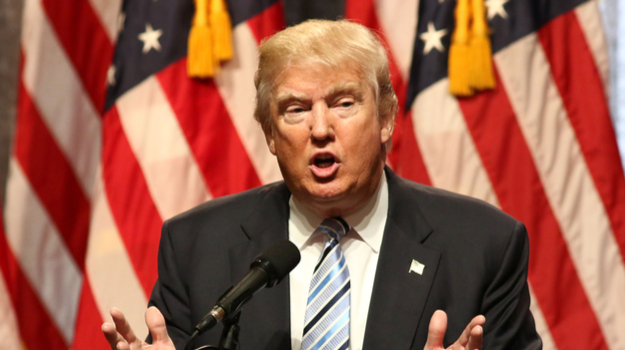 “Hopefully the approval process will go very quickly, and we think we have a winner here,” Trump told White House reporters on Wednesday.

Thank you @JoeBiden for developing a COVID-19 vaccine.

@realDonaldTrump had four years to do it and couldn’t. 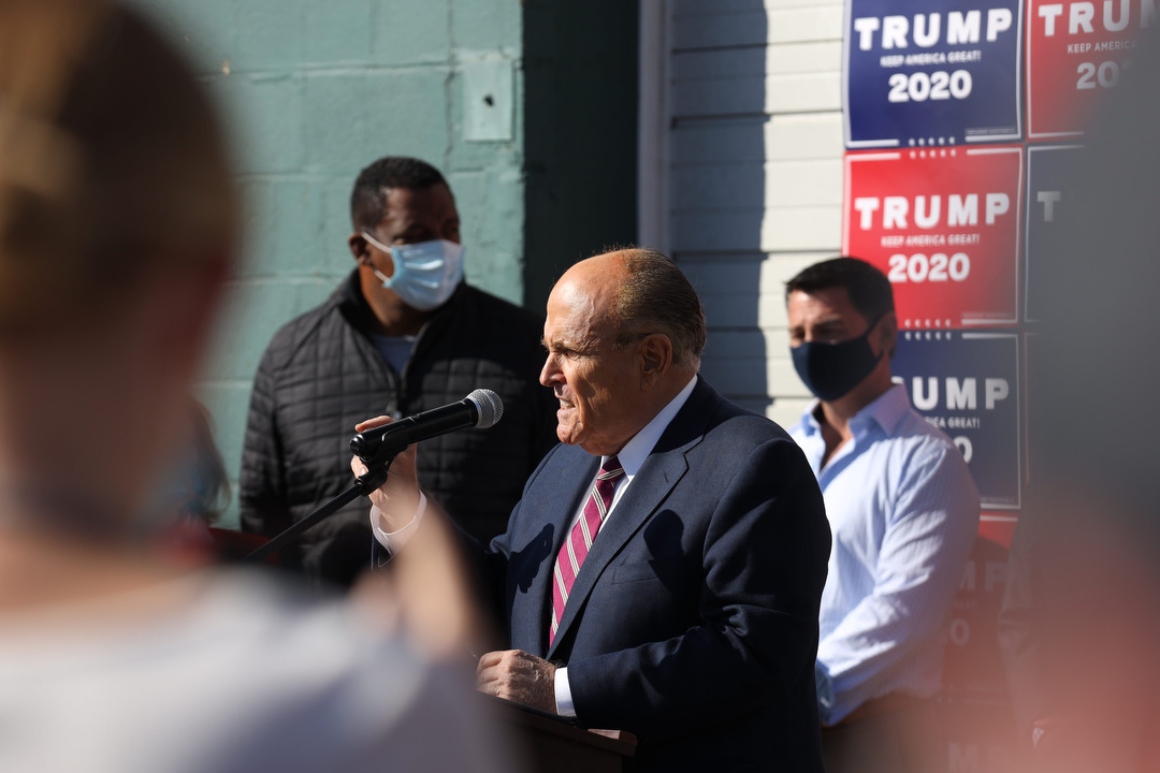 Here’s another guy who was ‘with hur’

Which reminds me of this guy 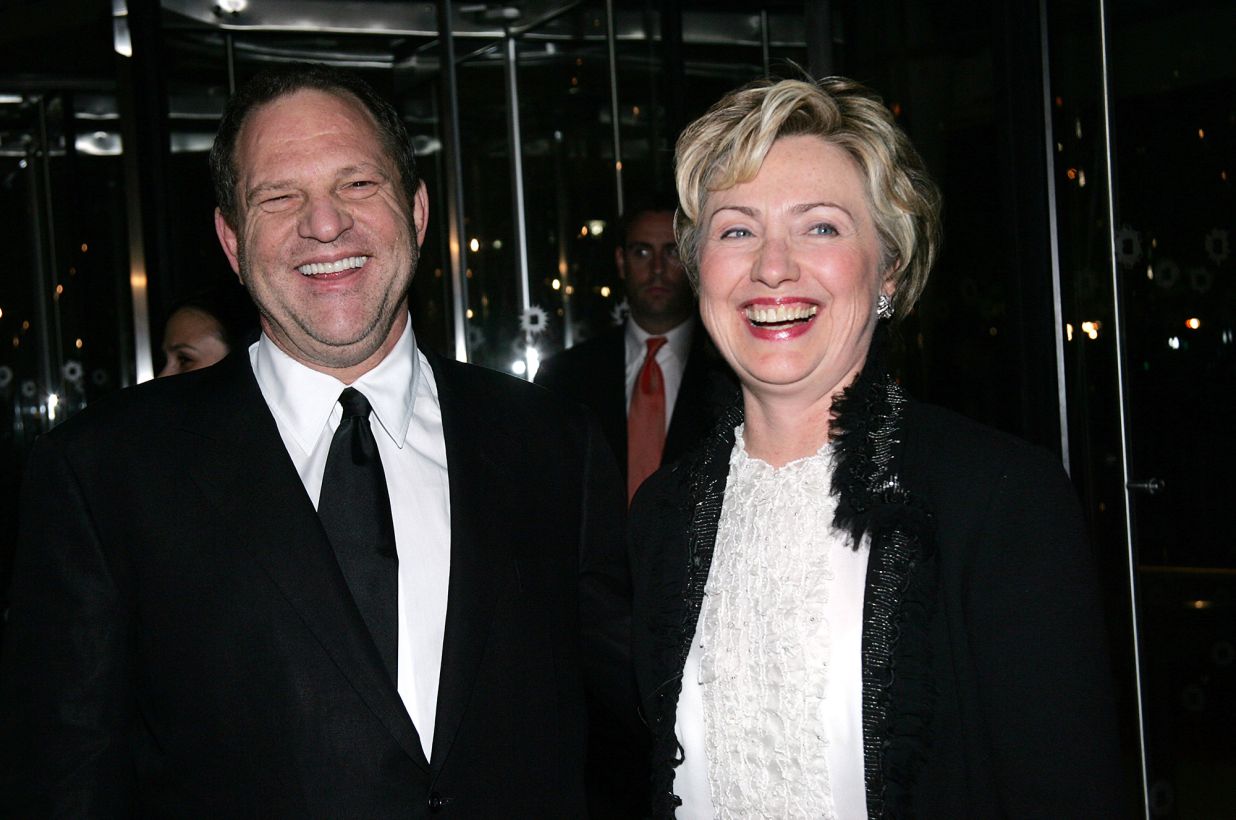 I assume you meant “pedo”, on that subject, I can’t quiet frankly reconcile the following:

This is not over. For we shall mount our righteous stand at Four Seasons Total Landscaping. Next to Fantasy Island Adult Books. Across the street from the Delaware Valley Cremation Center. Between the fire extinguisher and yellow hose. #MAGA 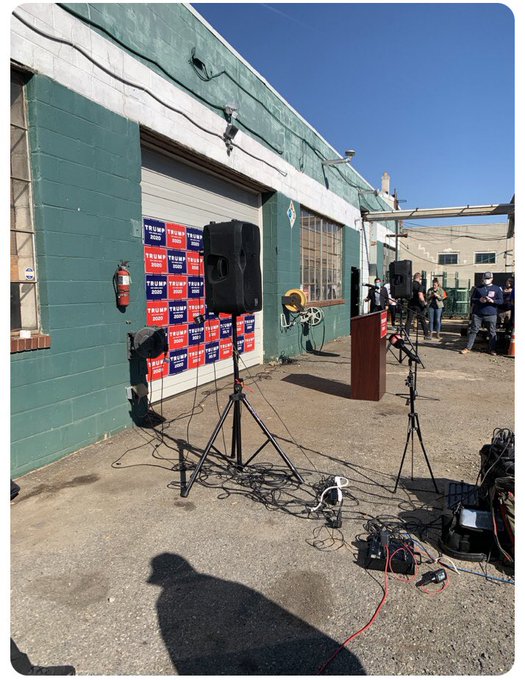 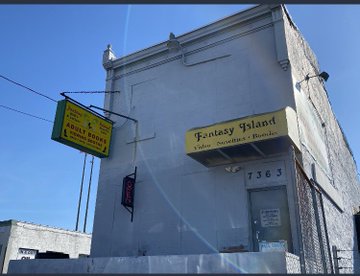 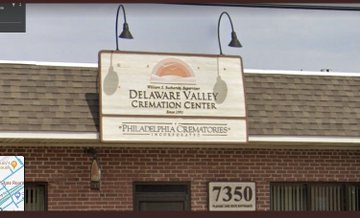 The angry “@” tweets from my hammer toed followers opened my eyes. “Pedo-phobe” shaming hurts us all. I am a PROUD pedophile!

I am pleased to announce that Christopher C. Miller, the highly respected Director of the National Counterterrorism Center (unanimously confirmed by the Senate), will be Acting Secretary of Defense, effective immediately…

…Chris will do a GREAT job! Mark Esper has been terminated. I would like to thank him for his service.

This is the new (acting) Secretary of Defence

Christopher Charles Miller (born October 15, 1965) is an American Department of Defense official who serves as the director of the National Counterterrorism Center, a role to which he was confirmed by the Senate by voice vote on August 6, 2020. He was named Acting Secretary of Defense by President Donald Trump on November 9, 2020, following Trump's firing of Secretary of Defense Mark Esper. Miller was born in Platteville, Wisconsin to Lois M. and Harvey D. Miller, and raised in Iowa City, Iowa...

Norm Eisen sounds like a colourful kind of guy.

The @US_FDA and the Democrats didn’t want to have me get a Vaccine WIN, prior to the election, so instead it came out five days later – As I’ve said all along!

If Joe Biden were President, you wouldn’t have the Vaccine for another four years, nor would the @US_FDA have ever approved it so quickly. The bureaucracy would have destroyed millions of lives!

As I have long said, @Pfizer and the others would only announce a Vaccine after the Election, because they didn’t have the courage to do it before. Likewise, the @US_FDA should have announced it earlier, not for political purposes, but for saving lives!

Trump is only in politics 4 years and look at all the things you could list against him, not to mention his dubious business and personal dealings over the years, so if he’d been in politics as long as Biden…

What exactly are “all the things that you could list against him” ??? Trump that is.

I understand that he is boorish and uncouth. I also get that he has a reality tv public persona that doesnt appeal to many, myself included. However, these are aspects of the mans persona as opposed to actions for which he may be validly criticised.

In terms of the most common charges levelled against him ie that he is racist and mysogynistic, the fact that he gained the highest non white vote attained by a Republican since 1960 renders that accusation pretty nonsenical in hindsight. Unless you think the media-crafted views of college educated white people is of more relevance than the votes of ‘people of colour’ (persumably derived from real world experience of living in Trumps America).

Re the mysogyny, again he has clearly uttered non pc verbiage in the past but the fact that he increased his vote amongst women in general (including women of colour) gives the lie to any suggestion that Trumps America may be a cold house for females. Again, just cos elite college educated whites (whose views appear to be crafted by progressive MSM echo chambers) say so doesnt necessarily make it so.

In terms of foreign policy, based on the past actions of both candidates, which poses more of a threat to world peace?

Further, while observing the reaction to Trump over the past 4 years Ive come to the conclusion that there are two main types of character who are most invested in publicly despising him (often in a performative manner). First are those whose minds have been literally moulded by the education system and by mainstream and social media. They are most likely to be part of the online mob publicly labelling him as a ‘literal nazi’ etc and supporting the real world mob who threaten street violence against anyone who disagrees with them. Essentially these are the useful idiots.

The second is the cohort who despise him because he appears to threaten the bipartisan structures that hold sway across the US and the rest of the western word. They inhabit both sides of the official political spectrum ie Rep/Dem Tory/Lab FF/FG. Ostensibly ‘liberal’ in outlook they tolerate very little dissent ie as Chomsky defined it ;

“The smart way to keep people passive and obedient is to strictly limit the spectrum of acceptable opinion, but allow very lively debate within that spectrum”.

Trumpism clearly provides for consideration of possibilities that stand outside the standard narrowly defined establishment spectrum. In particular his (succesful) form of economic isolationism appears to provide a viable alternative to the process of globalisation that has made most people in western countries poorer over the past 50 years.

Youll note that such people find Bernie Sanders or Jeremy Corbyn to be equally objectionable to Trump and will set out to destroy them on the same terms as per the anti semitical tropes labelled at Corbyn in the UK.

These quasi ‘liberals’ are the enemy of the ordinary working and middle classes, and see in the likes of Trump and Sanders a threat to the position and inflluence which they have wielded in consistently manipulative form ever since the advent of the mass media. As the father of public relations, Edward Bernays stated,

“The conscious and intelligent manipulation of the organized habits and opinions of the masses is an important element in democratic society. Those who manipulate this unseen mechanism of society constitute an invisible government which is the true ruling power of our country. We are governed, our minds are molded, our tastes formed, and our ideas suggested, largely by men we have never heard of…. It is they who pull the wires that control the public mind.”

On this front the simplicity of Trump having bypassed their sanctioned communication channels by way of twitter etc. has been quite enjoyable to observe.

In my own case I would have found Bernie Sanders the most attractive candidate in 2016. However, over the past 4 years, having observed every nefarious element of the same establishment that has undermined living standards in the west while waging war elsewhere over the past 25 years, engaging in a non stop full on attack on Trump’s presidency, its become clear that the reason for such is not that they care about racism or mysogyny or any other progressive cause, its because Trump poses a genuine threat to them…and on that basis IMO he is worthy of some support.

And, beyond all that, whenever someone is observed obsessing about Trump (as opposed to engaging in reasoned criticism) its worth pondering which of the two categories that person falls into ie nefarious vested interest or useful idiot…cos its one or the other.

@Poacher I appreciate the dissertation and a lot of good points in there, fair play and I would agree he has certainly been a threat/mammoth disruption to the working order of politics as we’ve know it. As I don’t have a nefarious vested interest however I will assume you are labeling me a mere “useful idiot”

In terms of things you could list against him, I’m sure you cannot deny its goes a little beyond “boorish and uncouth”. In fact it is quite a substantial list:

The Many Scandals of Donald Trump: A Cheat Sheet

One of the women who accused Trump of sexual misconduct has sued him for defamation after he labeled her claims false.

As for “creepy Biden” @Schrodinger, not exactly the hill you should be dying on for Donald.

All the people who have accused the president of sexual misconduct

“A full 26 incidents of “unwanted sexual contact” and 43 instances of inappropriate behaviour were detailed in a book, All the President’s Women: Donald Trump and the Making of a Predator , which drew on over 100 interviews — many exclusive — and added to a list of nearly two dozen women who had previously accused him of sexual assault or misconduct.”

The key word here is “acccused”.

Donald Trump, current president of the United States, has been accused of rape, sexual assault, and sexual harassment, including non-consensual kissing or groping, by at least 25 women since the 1970s. The accusations have resulted in three much reported instances of litigation: his then-wife Ivana made a rape claim during their 1989 divorce litigation but later recanted that claim; businesswoman Jill Harth sued Trump in 1997 alleging breach of contract while also suing for sexual harass

There are obviously valid criticisms of Trump.

Im referring to the obsessives who have monopolised public discourse over the past 4 years.

@Poacher I appreciate the dissertation and a lot of good points in there, fair play and I would agree he has certainly been a threat/mammoth disruption to the working order of politics as we’ve know it. As I don’t have a nefarious vested interest however I will assume you are labeling me a mere “useful idiot”

I think there is a 3rd group who are not useful idiots or exactly “nefarious”. To borrow a Mantissa trope from the SSM referendum, they essentially regard Trump as “icky”. They don’t even particularly want people like Trump to exist, so the thought that he actually has influence over their lives drives them nuts.

You are probably in this group.

And 100% of the “icky” folk suffer from some form of TDS (Trump Derangement Syndrome) ranging from acute to chronic to terminal.

I think with the “icky” folk a real test is when you talk about Trump’s honesty. They genuinely believe Trump is the biggest liar ever. Whereas people who like Trump don’t take everything he says literally (the way the “icky” crowd do) but do credit him with a much higher level of honesty than Biden or Harris. This is partly due to their years of Communications Clinic type training. They have no souls.

Genuine question (as I am not a Trump hater) -you have no problems with the positions of power to the sprogs, their bedfellows, etc?