He’s expert at speaking to the converted, saying all the right things, he’s repackaging old info, he has no special or new insights to offer - He’s that kind of player.

To save anyone years of reading mountains of dross and if you didn’t already know, sometimes a few Q drops get right to the point… qanon.pub for “corsi”. 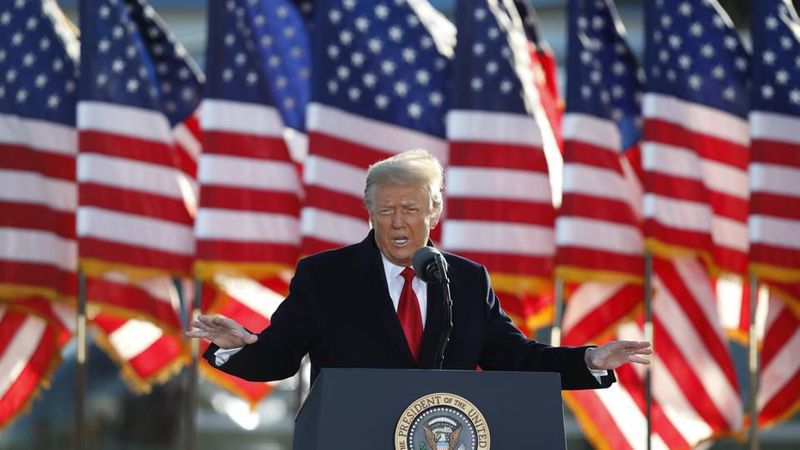 President Trump Announces 'Office of the Former President' - Will Carry On the...

Is he just rolling them now?

Is he just rolling them now?

It would conform to expected or typical Trump trolling parameters on one level.

It would conform to expected or typical Trump trolling parameters on one level.

On another level it makes the reading of Q drop #22 even more interesting.

Who controls the NG?
Why was the NG recently activated in select cities within the US?
Can the NG work in coordination w/ the marines?
Do conditions need to be satisfied to authorize?
What former President used the military to save the republic and what occurred exactly?
Biggest drop to ever be provided on Pol. Study and prepare. The masses tend to panic in such situations. No war. No civil unrest. Clean and swift.

Some, all or none of it may be accurate or true, but I don’t think any of these angles have ever been covered in this thread, thus might be of interest:

The archived link retains the images:

Your future has been written: Donald Trump and the Mossad 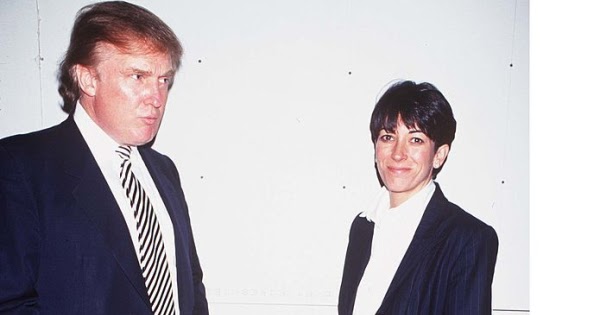 Donald Trump and the Mossad

Donald Trump with Ghislaine Maxwell Any inquisitive person should be asking themselves how a so called 'anti-establishment' candidate ...

Its part of a very old tradition in US politics. You had the same kind conspiracy theories, different actors same gist, about LBJ and Vietnam, Truman and Korea, FDR and WW2 and Wilson and WW1… And well before that everyone was in any way favorably disposed to the Federalists was just a British agent of King George. With the other side just a rabble and mob controlled by secret money interests, often French.

They all follow the same kind of pattern because the Constitution has not changed that much over the years and human nature remains immutable.

Its part of a very old tradition in US politics. You had the same kind conspiracy theories, different actors same gist, about LBJ and Vietnam, Truman and Korea, FDR and WW2 and Wilson and WW1… And well before that everyone was in any way favorably disposed to the Federalists was just a British agent of King George. With the other side just a rabble and mob controlled by secret money interests, often French.

They all follow the same kind of pattern because the Constitution has not changed that much over the years and human nature remains immutable.

The mythological rags that compete for our attention may hold interest for some or reveal some nugget of truth there or elsewhere often for reasons never countenanced at the onset of the journey.

The KGB ‘played the game as if they were immensely impressed by his personality’, Yuri Shvets, a key source for a new book, tells the Guardian

A its the Guardian and B its Shvets. So total lies.

Now Merkel as a probable Russian asset and two of the three main factions of the SPD and now one faction in the CDU being totally beholden to the Russian energy oligarchs, Gazprom and Rosnft have owned the SPD’s for years, now thats a story the Guardian has been strangely coy about over the years. And far more important than mostly fictional books by FSB agents.

Not watched it yet but Google-youtube removed it form their platform but here it is on Bitchute for anyone interested. 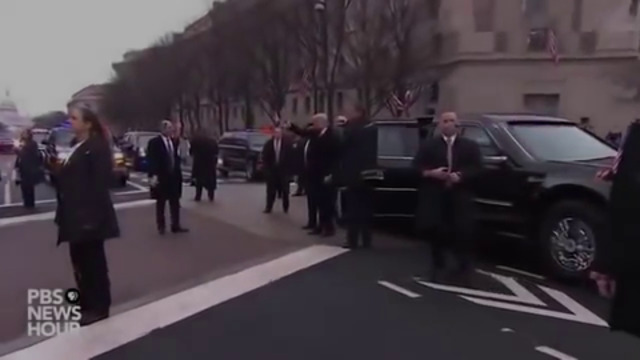 What you didn't know about our President Donald John Trump. Because they hid it...

Mirrored from Youtube. https://www.youtube.com/watch?v=uSJV1B9PV10 More about Q. You were intentionally left out of the loop. So was America! This is not my production. It's a PBS. The "networks" refused to air it. PBS is Public Broadcasting …

This is an unintentionally awesome collection of Trump twitter insults

This list documents all the verbal attacks Mr. Trump posted on Twitter, from when he declared his candidacy in June 2015 to Jan. 8, when Twitter permanently barred him.

You’d almost think that story was timed with Trump adoption of his pre-setup account over at Gab.

So today is the first day of the impeachment senate trial thingy, for the no-longer-president-former-president-president-trump 'cause he lost or something but that’s not enough, or something, and while we’re at it, sure throw in an ‘awl shooter/mass-casualty event to I dunno, distract everyone with a blood sacrifice and throw a few crumbs to the msm, maybe manufacture some negative-tension toward the the 2nd amendment and manufacture (emotional) consent for HR127 n’shit, sure see how it goes but one thing is for sure, Obama 3rd therm is lookin’ up!

How ridiculously compromised is Trump. The “cue” folk still think he’s coming back to save them though.

How ridiculously compromised is Trump. The “cue” folk still think he’s coming back to save them though.

If there was one thing that Trump supporters were most vocally critical of was his warpspeed vaccine, and the view which you espouse, was a common one within that cohort of critical supporters.

There are of course alternative views a la the art of war breakdowns, here is one such explanation that has been doing the rounds to account for the positing, that some find compelling, it won’t be to everyones liking:

Why President Trump has HAD to endorse these deadly vaccines:

(1) He is part of a military operation

(2) The globalists’ plan involved starting COVID after the 2016 election (which they assumed Hillary would win). When she didn’t, they waited until the last year of DJT’s term to roll it out for several reasons:

(A) It provided cover for election fraud

(B) To start the depopulation

(3) DJT had to make a countermove: to get rid of COVID and all of the fear and control that goes with it, to expose Big Pharma, and to ensure a quick vaccine that (due to being rushed) would have to be labeled experimental and thus NOT be mandated

(A) Tell America that the vaccines are a Big Pharma / globalist plan to depopulate the world, or

(A) If he warned everyone, the media would mock him, call him a failure, hype COVID all the more, and demand a real vaccine. He wouldn’t be able to expose election fraud, make thousands of arrests, expose the Deep State plan, and turn things around on a wide scale with the public waking up. He would have had to stop the election fraud before it could be seen and take office for the second term, thus forcing his hand and resulting in chaos and an unavoidable civil war with the mainstream media stoking the flames and increasing public terror

(B) By endorsing it (but placing truthful info in alternative news sights), the Deep State’s vaccine HAD to remain experimental and thus NOT mandatory (which was NOT part of their plan). If DJT can turn this around on a wide scale in the upcoming month or so, he can stop the momentum, have WAY less deaths, and get the vaccinated sheep to med beds. In war, sometimes you have to choose between two bad options. Given the globalists’ strategy, DJT and the military chose the path with the fewest casualties, and that is to keep going with the facade of publicly endorsing the toxic (but NOT MANDATORY) vaccine. The alternative would have been FAR more deadly for all of us in so many ways. Had an approved MANDATED vaccine been created by the Deep State, it would be killing millions more right now. God bless America and the World.

A thing that is a fact, over the last week or so. Trump has been receiving very positive coverage for his support and continued endorsement of the vaccine, from the very same MSM houses and publications that spent 4 years and more trying to destroy him and his presidency 24/7 - does this confirm you suspicion or is it a case of keep your enemies guessing and playing the game in a very huge game, the biggest game there is, i.e. keep your friends close and your enemies closer while you’re saving the world?

Was this the case when he was El Presidente? Can you remember how it unfolded?

Anyhoo, here is a recent example of such coverage and running with Trump “father of the vaccine” self praise:

President Trump: I’m the father of the vaccine

President Trump states the quick timeline and success of the coronavirus vaccine is the product of his administration's work to protect Americans.

A lot of Trump lovin’ supporters were favourable to OAN but have also been critical probably in equal measure of their pro-vaccine coverage, and too believe it is compromised, a somewhat faux alternative conservative media outlet, or far-right as CNN recently termed it, which they may have had to walk back.

I take the view that the more Trump calls on peopleto take it, and the more he associate himself with it, A) the less likely his own supporter 80+ million will take it B) Those who did not support him may be Trump Hesitant i.e. less likely to do what Trump call for… and then he gets to use it as a launch pad for some cheap widespread mums coverage. He sure knows how to play the game and that’s not a new credit to him.

The Donald is still lashing away here: