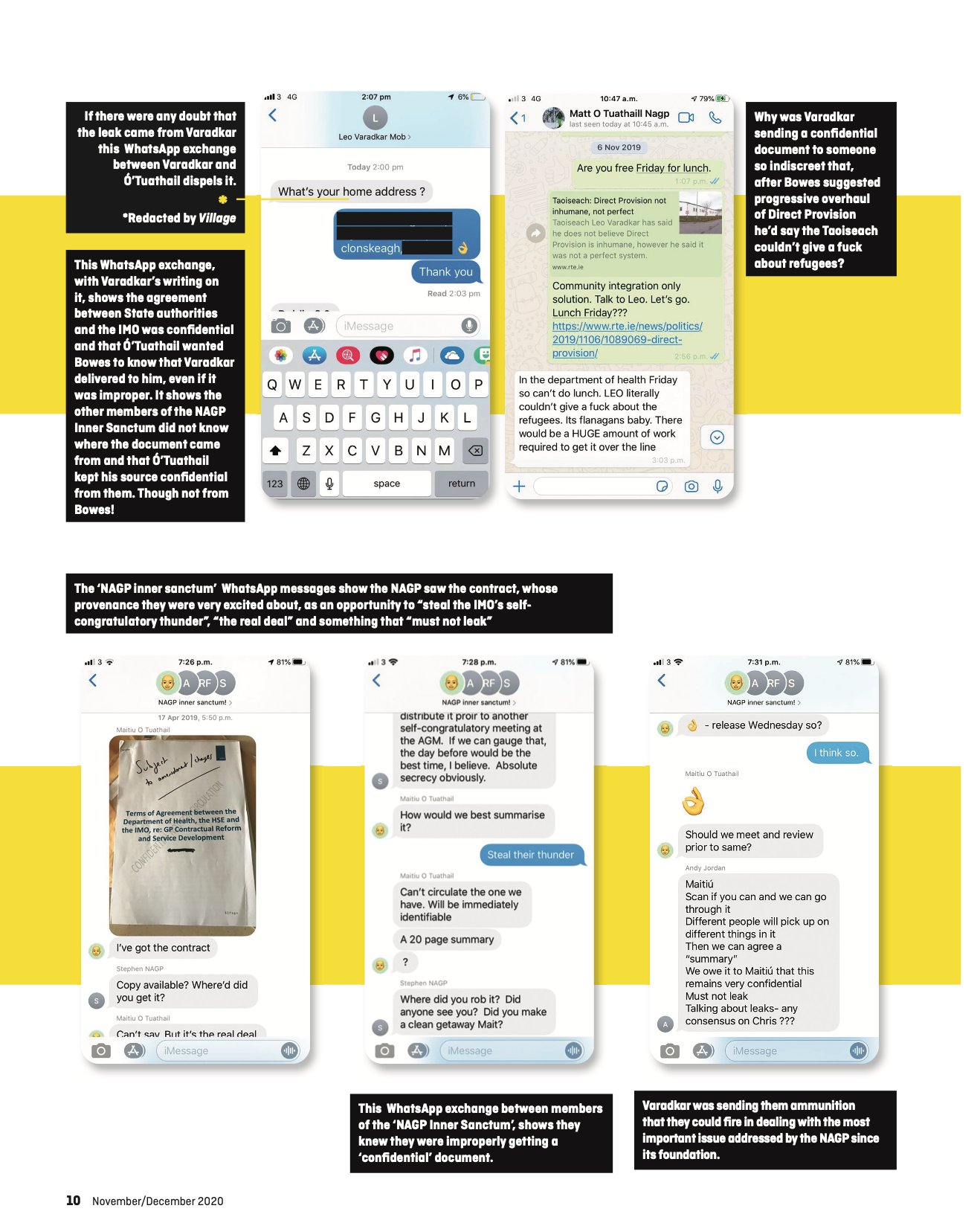 The beginning of the end perhaps? What will Mehole say.

MSM and other politicians asking questions.

goose cooked here if true and it looks to be… is Paschal deputy leader? or is he sailing off to that europe job. it looks really foolish, just bragging to mates.

The Tánaiste has described an article published in The Village magazine about him as “inaccurate and grossly defamatory”.

Leo Varadkar has said he has sought legal advice on the content of the article.

However, Mr Varadkar also said that the provision of a copy of an agreement with the Irish Medical Organisation to the head of the National Association of General Practitioners “was not best practice”.

It comes after opposition parties called on Mr Varadkar to issue a statement on allegations outlined in The Village magazine today.

The article said Mr Varadkar passed on a “confidential” agreement agreed with the IMO to the head of a rival organisation, the NAGP.

In a statement, Mr Varadkar said that an agreement on GP contractual reforms was negotiated by the Department of Health, the HSE and the IMO at the start of April 2019, and was publicly announced by the IMO on Friday 5 April.

He said the IMO press release on this date “set out extensive detail about the agreement”. Mr Varadkar added that the agreement was subsequently publicly announced by the HSE on 6 April.

He said that he provided a copy of the agreement to Dr Maitiú Ó Tuathail, then head of the National Association of General Practitioners, on a date between 11 and 16 April 2019

The Tánaiste has denied that he acted unlawfully by sharing an agreement reached with the Irish Medical Organisation to a rival group.

It’s gas. I assume the Irish Times hasn’t reported on it yet because of some copying of the US Media’s Hunter Biden ‘stolen data-won’t report it’ policy. They’re a parody of themselves at this stage.

Edit - they just reported his denial.

I suppose I’m being grossly prejudiced in guessing there’s more than one gay man involved here ? It would explain the IT’s reluctance. 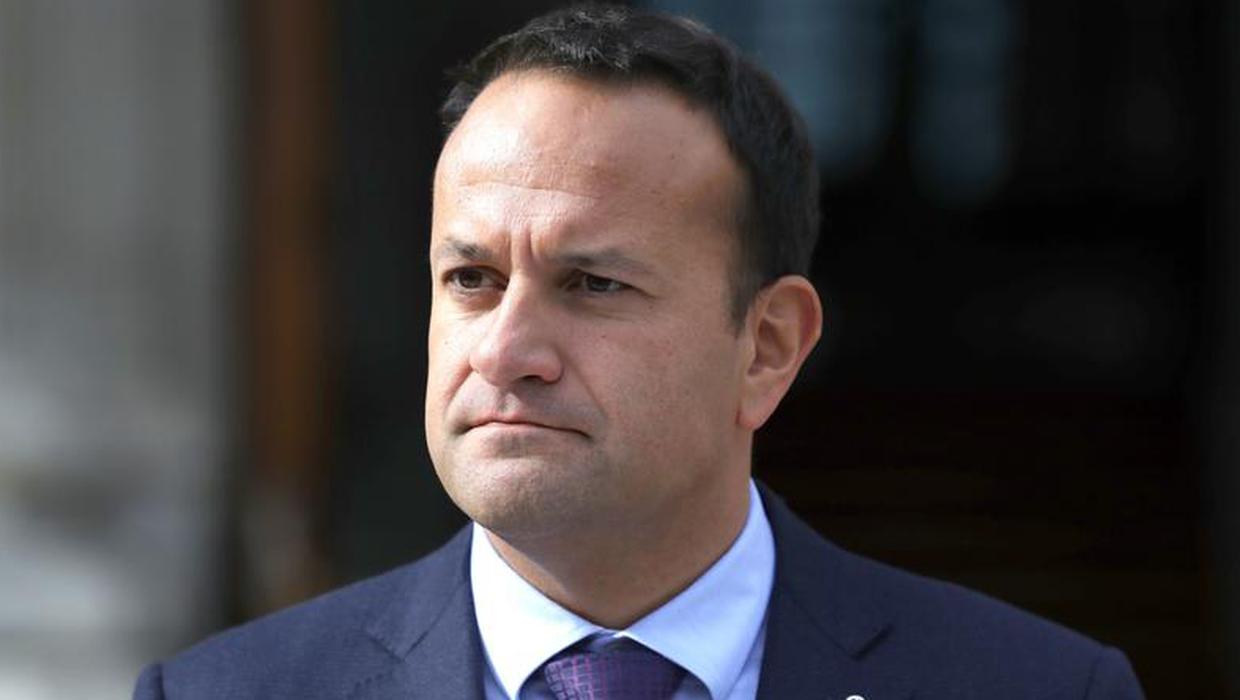 Taoiseach Micheál Martin believes Tánaiste Leo Varadkar acted inappropriately by sending a copy of an unpublished GP contract that the Government agreed with the Irish Medical Organisation (IMO) to a rival representative group for doctors.

Looking forward to comments from Dr. Fehhlilly and Morrissey.

In the game of political Chess FG may be about to lose it’s Queen. 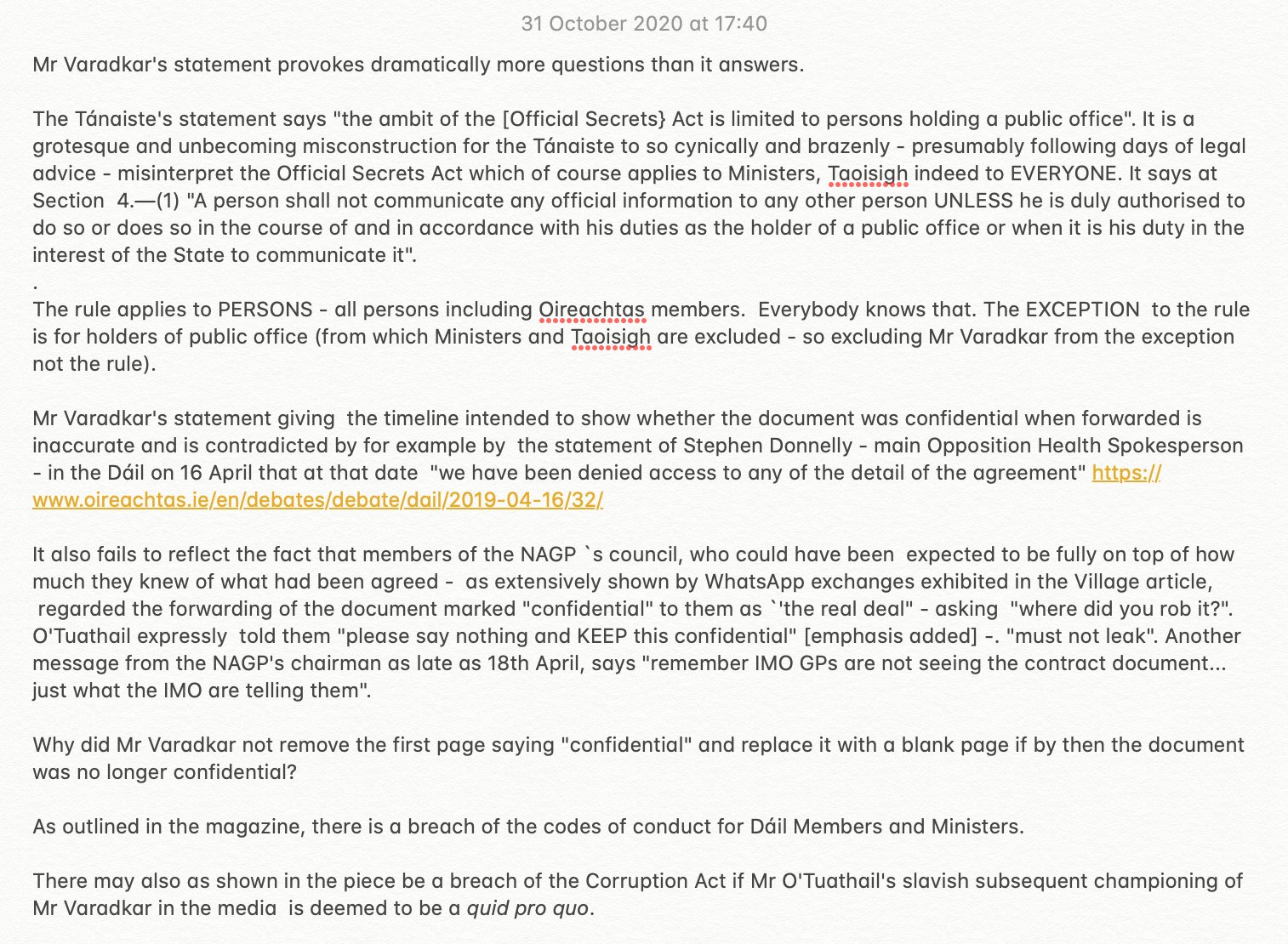 You may expect more of the same from Leo he never touched on the truth re the swing thing never even gave the exact date and one wonders why the date had to got to bed.
Internal investigations and letters of comfort.
It was never about a swing and he knows that it was about criminal activity if the highest order that involved many of his collogues
Lets put it like this a wise men never seen a dead man another thing mobile phones do not work under water

Leo Varakar controversy: Paschal Donohoe says it is not 'common practice' to...

Ya have to laugh it was “confidential” document, but was already in the “public domain” it’s one of the other. Leaks don’t count.

The Irish people need to see some “enforcement action” fairly quick, if Mr Varadkar is unable to self-enforce.

Village have pushed their article onto medium.com

Fine Gael leader Leo Varadkar has come to be known as a leaker. The hashtag #leotheleak has trended on Twitter on several occasions after…

I suppose I’m being grossly prejudiced in guessing there’s more than one gay man involved here ?

You gotta give me credit. My radar is good 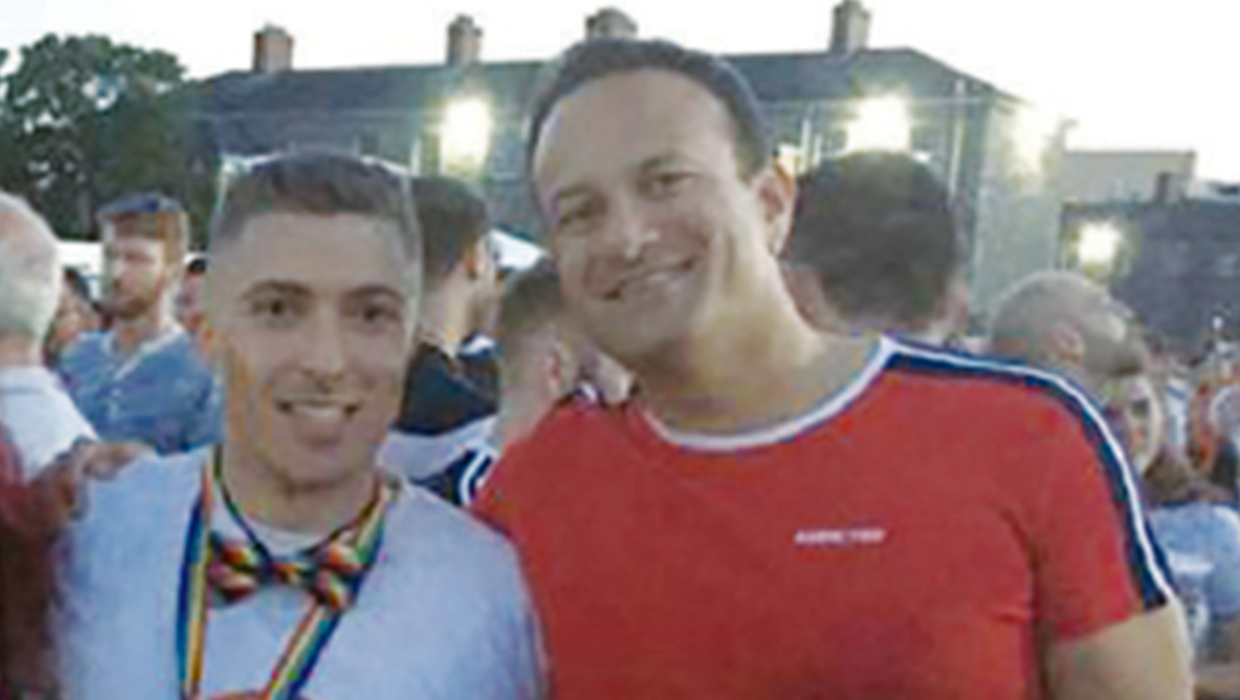 Off you go and make your statement in the house. We have more.

I don’t think he’s going to survive this, even as a TD. The public no longer see the manufactured “Leo Varadkar” of the last decade and his true nature is on full display. We could get really lucky and lose Helen McEntee and Drew Harris too if they’ve been colluding to prevent a criminal investigation.

Taoiseach has confidence in Varadkar amid controversy over document leak

Well I would be paying more attention to what the likes of Coveney/Paschal say/do. If they express more concerns then he is probably done for. Not sure MM can tell FG what to do…in fact he is probably happy with this as it could give FF an advantage over FG (at the end of the day the big battle will come down to which of FG or FF can do best against SF…at the moment it looks like FG but that could easily change)

Ah I see, if they all become burning men, then we can’t tell who is the most flaming…

If Leo felt within his heart of hearts he was acting in a “confidential” manner, then I really can’t see the problem here.

Thankfully,@simoncoveney has confirmed the leaked document sent to @LeoVaradkar’s friend was sent on a “confidential basis”