It seems #Leotheleak is not out of the woods just yet. The Village magazine has announced that they will release more revelations at 3pm today. An hour before Leo is due to speak in the Dail.

Looks like he’ll survive this after all despite the load of bollocks he spouted in the Dáil today. He’s gone the next time for sure though; from a casual personal poll of twitter and message boards I’d say about 5% of the public are behind him.

His refusal to commit to legal action was telling and pretty transparent.

Pathetic to see what has become of Fianna Fail in light of Cowan being fed to the wolves a few months back.

And the Greens wont be back for at least another decade after their performance since last June.

Liberal Ireland with all the bells and whistles clearly no different to the old. Just a different clique running the show…for now.

First Rod.
Then Rod again.
Then Leo.
Then Leo again.

Village will publish significant new evidence relating to the Tánaiste’s 2019 leak of a confidential draft contract at 2pm tomorrow, Monday

The cardinal political sin is lying to Parliament. It is a resigning matter for a Minister to lie to the Dáil.

Village submits evidence below that suggests the Dáil has been lied to on what is currently an important and topical issue.

In his Statement and replies to questions in the Dáil last Tuesday (3 November), Tánaiste Leo Varadkar defended his ostensibly illegal transfer to a friend of a confidential contract, by then a matter of serious political and ethical concern and scrutiny, on the basis of his “motivation”.

The central part of what he called his “defence” was that he transferred the document to Dr Matt Ó Tuathail with the motive to advance the public interest, to sow harmony: “to get the [GP-contract] deal done and ensure it secured universal acceptance across the GP community”.

There are several problems with this.

a) the recipient Ó Tuathail, head of an organisation that was a rival to the IMO, has said he intended to “destroy” the IMO, and would use the document to take “the wind from [the IMO’s] sails, especially with 17 roadshows to go!!”.

b) it seems strange if Varadkar was acting in good faith to promote government policy to unite feuding doctors’ groups, albeit covertly, that he waited for his mate to approach him rather than doing anything at all of an overt nature to foster that unity…

…The Tánaiste has lied to the Dáil. His friendship with Matt Ó Tuathail was closer than described, the favour was therefore more unconscionable and the ‘public interest’ exceptions to the Official Secrets Act are even more difficult for the Tánaiste to ground if he attempts to avoid the allegation Village has made that he committed a crime under that and other Acts.

And there is more.

These are the meeting s:

Maitiú Ó Tuathail in a WhatsApp message dated 5 February, 2019 that he met then Taoiseach Leo Varadkar and then Health Minister Simon Harris after the Ireland-England rugby match in Dublin’s Aviva Stadium. He goes on to say he will be protesting in town – the protest Varadkar tried to use as evidence to illustrate he wasn’t as close to Ó Tuathail as the GP claimed

Maitiú Ó Tuathail in a WhatsApp message dated 16 May, 2019, claims to be meeting Leo Varadkar the following day at an uspecified location

Maitiú Ó Tuathail in a WhatsApp message dated 7 June, 2019, claims to be meeting Leo Varadkar that night and asks whether there have been any developments with Community Hospital Ireland, a nonprofit he was involved with, along with Chay Bowes, at the time

Maitiú Ó Tuathail writes in a 30 June, 2019 WhatsApp message, that he’s meeting Leo Varadkar and Finance Minister Paschal Donohoe for lunch. He mentions he has an event later that evening with Safetynet, a charity with which he did regular work . Varadkar later went to Brussels – catching the flight would have been tight

In a 17 September, 2019 iMessage, Maitiú Ó Tuathail claims to be having dinner with Leo Varadkar and Finance Minister Paschal Donohoe. He suggests calling the recipient, Bowes, in an hour

Maitiú Ó Tuathail writes in a 21 October, 2019 WhatsApp message that he’s meeting Varadkar to talk about Votegate, the Irish political scandal involving TDs voting in the Dáil on behalf of absent party colleagues. Ó Tuathail says he’ll ask Varadkar about Community Hospital Ireland, a nonprofit with which both Ó Tuathail and Bowes (the recipient of the WhatsApp) were involved 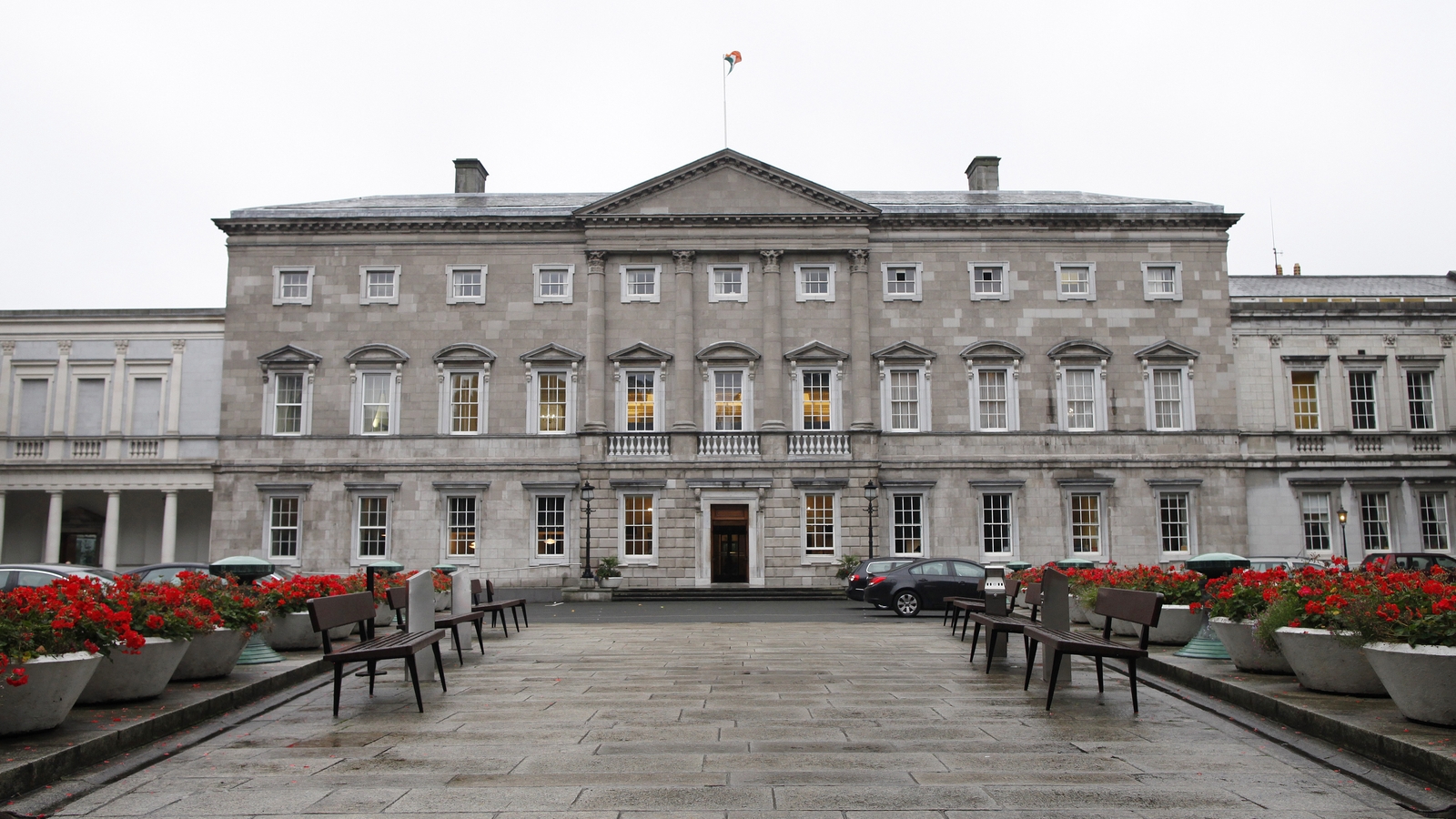 Taoiseach Leo Varadkar has told his party colleagues tonight that Cabinet confidentiality should always be respected. 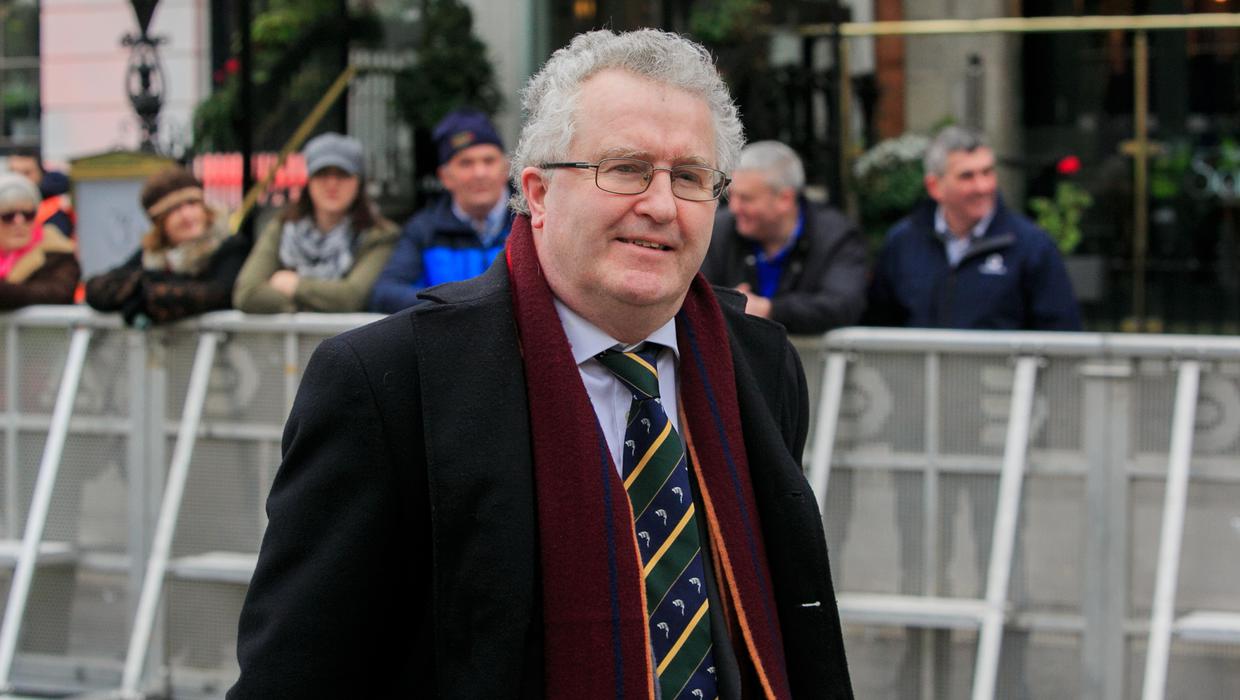 Séamus Woulfe will not stand down from Supreme Court: I have thought deeply...

The Attorney General has warned that “serious constitutional issues” have arise from the row over Supreme Court Judge Seamus Woulfe attendance at an Oireachtas golf event.

Woulfe is an arrogant man but his action is far less serious than Leo’s in my opinion. if Leo wont go why would Woulfe, no such thing as accountability in this country for the top brass, zero and there never will be.

Yes, agreed. The point is they are knifing him while supporting The Liar. Sacrificial Lamb so to speak.

Constitutional crisis my hole. And the FN Media are helping with it all.

Government comfortably wins vote on motion of confidence in Tánaiste

Varadkar faced criticism over leak of documents to doctor’s group

Btw - Paddy Cosgrave… I know he’s very vocal with Irish political matters these days, and critical of #leotheleak and FFG, but when I look at the list of speakers for his summit, it’s a predictable who’s who globally (23 & Me, Paypal, WHO, facebook, Amazon, google). Who is he, or what’s his motivation?

My enemies enemy is my friend.

It hasn’t gone away you know.

Will he actually get charged though?

If convicted, where would the appeal (eventually) go to? 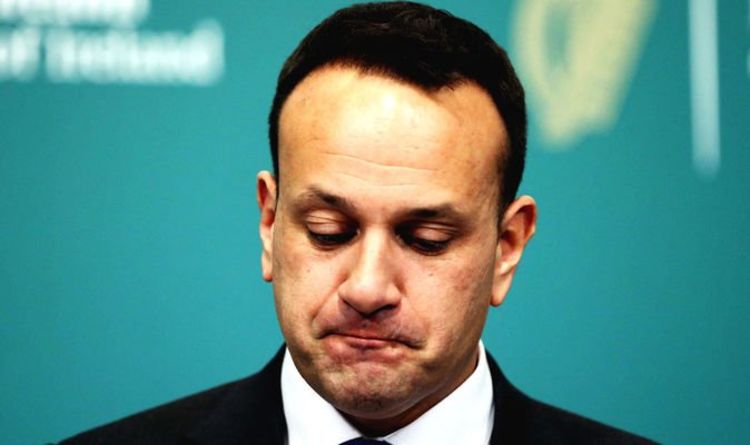 LEO Varadkar is at the centre of fresh political turmoil over the leaking of a confidential GP contract while he was Ireland's Taoiseach.

Forgive me for posting the Express but at least it’s somewhere no?

Varadkar had hard copy of GP pay deal waiting for him as he stepped off...

The request for the documents shows 'the extreme lengths' the Tánaiste went to to leak the document, Sinn Féin has claimed. Mr Varadkar denies any ...

Today’s latest which seems damning and appears to suggest Leo may have misled the Dail.

My reading is that he has both broken the law and has subsequently sought to cover his tracks by misleading the Dail. Harris may also have some questions to answer.

Nonetheless it’s pretty banal when compared to what some previous cabinet Ministers have gotten up to and got away with.

As such it begs a number of questions. Why the Irish Examiner which is owned by the IT. Has Leo’s usefulness ended? As the poster boy for the new Ireland it seems a strange one given the source.

Maybe Sinn Fein have sold out sufficiently to be now deemed the vehicle to ram full globo down the throats of the Irish people…before they know what hits them so to speak…and before the inevitable reaction begins to manifest…primarily amongst the SF voting segment.

Who knows. Interesting that this landed in the paws of Pearse Doherty anyway. Perhaps M15 have decided it’s time that Ireland long a province be a nation once again.

Strange times across the board. Who knows where we’re headed.

Funnily after watching a good deal of negative headlines about cases appear with “Leo’s” name attached appear about the place today, I thought, hmmm… his time must be up soon.