Dumbing down of Irish Education

Thats what you call a “f**king hell moment”

Is there any Irish institution that hasn’t been completely debased in the last 30 years?

One for the archive.

Scores have been boosted by an average of 5.6%.
The uplift was carried out in order to fulfil a promise made to this year’s Leaving Cert students by Minister Norma Foley that their results would, in aggregate, be no lower.
It means that for a second year running results are exceptionally high.
The SEC said that prior to its adjustment there was an “across the board” gap between this year’s results and last year’s, with results this year lower.
The gap to be bridged was widest at the bottom end of achievement, and narrower towards the top, it said.
What is known as a ‘linear adjustment’ was made across all subjects and levels, with more marks added towards the lower of the results scale compared to the top.
For example, a student who scored 50 out of 100 had seven extra points added, while a top score of 100 out 100 attracted just three additional points.
Adjustments were applied across all subjects and levels, according to the SEC.
Last year’s results were unnaturally high because, in a system that combined predicted grades from teachers with exams sat by students, students were awarded whichever outcome was the highest 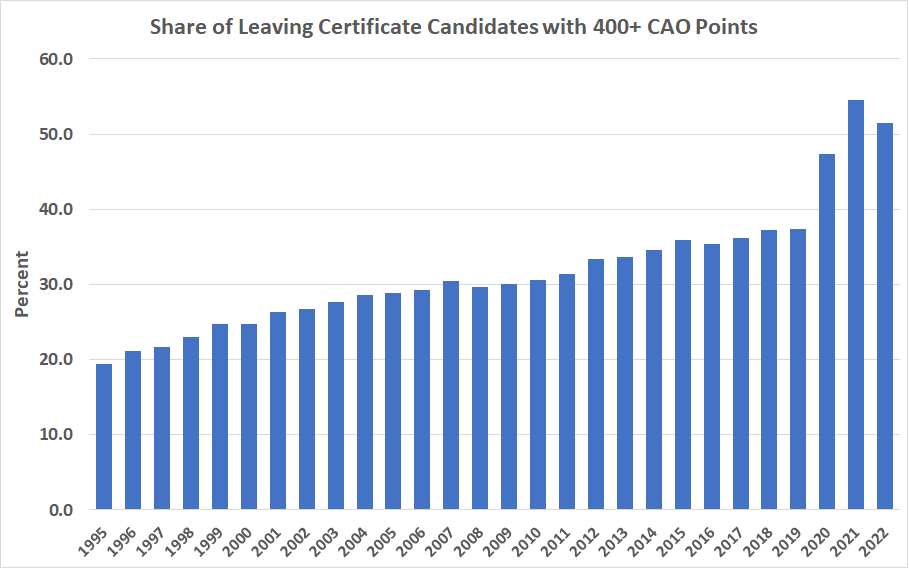 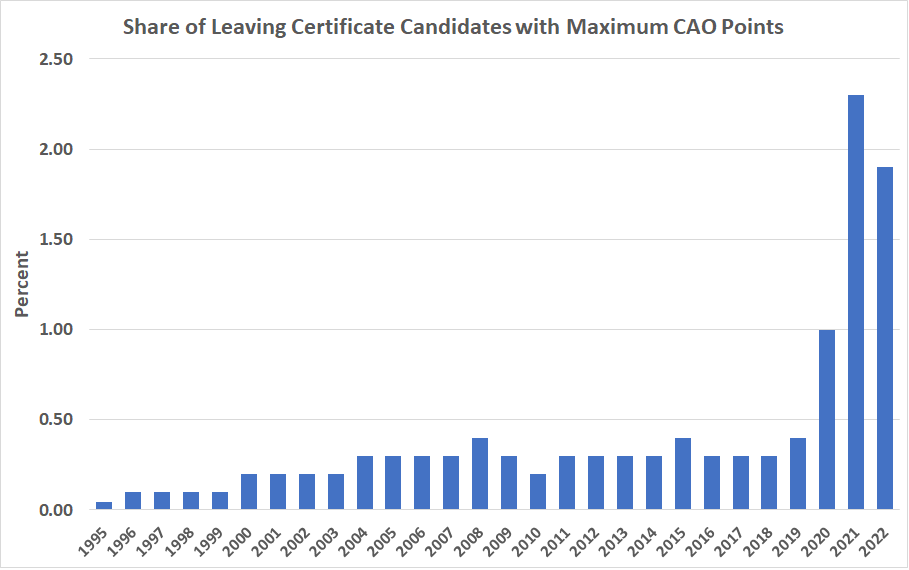 I’d love to see those graphs adjusted to incorporate from say the 70s.

If what I’ve read from the various commentary about the US is any guide here, this is being done to hide the actual collapse or vast differences in ability of the recently arrived and their offspring when planted beside the native Irish and their children - much has very matter of fact material reality.

The children doing the leaving now are probably the children who came to primary education in the winter with no winter coats and no breakfast in their stomachs, primary school had to provide breakfast children. That was a common feature. What a start but that’s early 00’s, rolled forward and now they’re sitting the leaving etc.

Here is another and even simple example.

Where you have both parents at home being non-native english speakers, or can not even speak reasonably fluent English or any at all, the children are already at a massive disadvantage from birth up to ordinary things like parental help with the “schooling”. These children will have suffered a real deficit in linguistic and exposure to volcabury.

There are very clear anecdotal trends that prove this and are manifest demonstrating how the children are coping, and it’s not good, becasue it’s lord of the flies.

So you don’t even have to get into IQ wars but add it all in, it’s not a great picture, the brightest probably benefit the least and it could be very counter productive - so they have to hide the massive devaluation and collapse, print results, fiat results… creative accounting meets the endgame.

A new law allows students to graduate from high school without the ability to read, write, or do math. 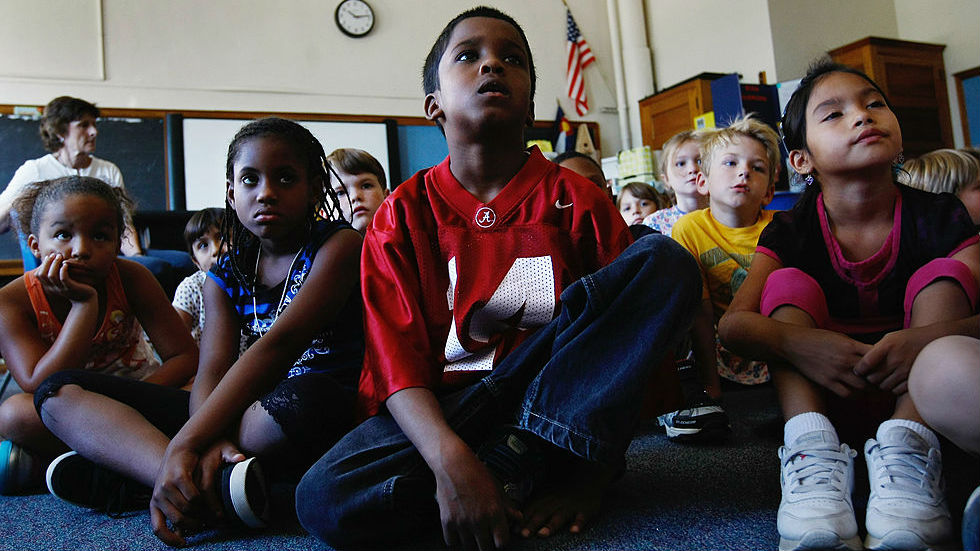 They are putting an end to advanced math in grades K-10.

You can only make a forest equal with an axe.
I read The Bell Curve recently and Murray and Herrnstein made a compelling case against affirmative action in education. The most shocking thing about that book for me was how ‘woke’ and aligned with the extremely liberal field of sociology the authors were, especially considering it was written in the early 1990’s. Comparing The Bell Curve to a work from the same period like Sowell’s The Vision of the Anointed the world view and the arguments of Sowell are vastly more reactionary than those of Murray/Herrnstein. I can’t believe that Murray is vastly more cancelled than Sowell, must be ‘reverse-racism’ again…

Well the Oregon law is not got to apply to many as the state is only 2% black. Even in Portland, which is suppose to be 5% black, you can walk around the streets down for hours without seeing a single black person.

The Mexicans are now about 15% of the state population. Mostly ag / service workers. Mostly indio / mestizo. And their kids do about as well in school as back in Mexico. Not very well. Saying that, they are not stupid. Far from it. Its just that people from poor peasant backgrounds put low priority on education. Not much gain from it back in Mexico. Mostly due to deeply rooted blanco / light skinned mestizo institutional racism in Mexico.

As for public education in California. Its been a sick joke in big city Unified School Districts for generations. The LA, SF and other big city systems collapsed decades ago. Every big city parent who can afford it sends their kids to private school. Thats been true since the 1980’s. And big city public school teachers are some of the most profoundly stupid people you will run into in a government job. The suburban school systems are not quite so bad but most are now very low quality. Due to being handed over to the teachers unions in the 1970’s.

The simple fact is asian kids do really well, white kids OK, the Mexican kids so so, and the black kids are uneducatable. A very recent phenomenon. Only really started in the 1960’s. Got nothing to do with family poverty. Asians kids from the poorest families do far better than black kids from top 10% income levels. Mostly cultural. Because immigrant African and Afro Caribbean kids (not refugees) do very well in school.

I’ve known and worked with some very competent and skilled blacks over the years. In small companies. But in government jobs and big companies pretty much the only blacks you will run into are “quota people”. People only hired because of their skin color and no other reason. You learn to avoid these people if you need anything done.

If you want an idea of just how profoundly stupid public school teachers are. The high school science curriculum for the SF school district states that no student racial group can have a better group outcome in tests than the worst group (blacks). Blacks are 5% of the city population, 40% of them live in public housing, 50% on welfare, have very high truancy rates etc.

In case you think this demographic profile has anything to do with “racism” its got to do with the fact that in the last 50 years most of the black families who were not on welfare moved out of the city leaving mostly the welfare / public housing people behind. The black population dropped from almost 20% to less than 5% . So very hard working asians kids are supposed to do no better than kids from single parent homes, on welfare, and who dont give a f*ck about anything…

The asians parents have already started flexing their political muscle. The recent recall was successful. One big push and the overwhelming white (and childless) political activists who have controlled the school board since the 1970’s will be forced out for good.

Next they need to break the teachers union. Who are toxic and totally corrupt. I thought it was funny that the subject of the 1980’s Feel Good movie “Lean on Me”, about a high school principal who turned around a failing LA school, was forced out of teaching soon afterwards by the school teachers union rep who later went on to be one of the most senior teachers union official in SoCal. The headmaster was black. The union guy was white with strong “progressive” political opinions. And nothing has changed since then.

And finally fire the three quarters of the school distinct employees who have nothing to do with teaching. In private schools 90% plus of the employees are teachers. In public schools its less than 30%. And more than a quarter of those are substitute teachers most years. Not many public school employees actually teach. 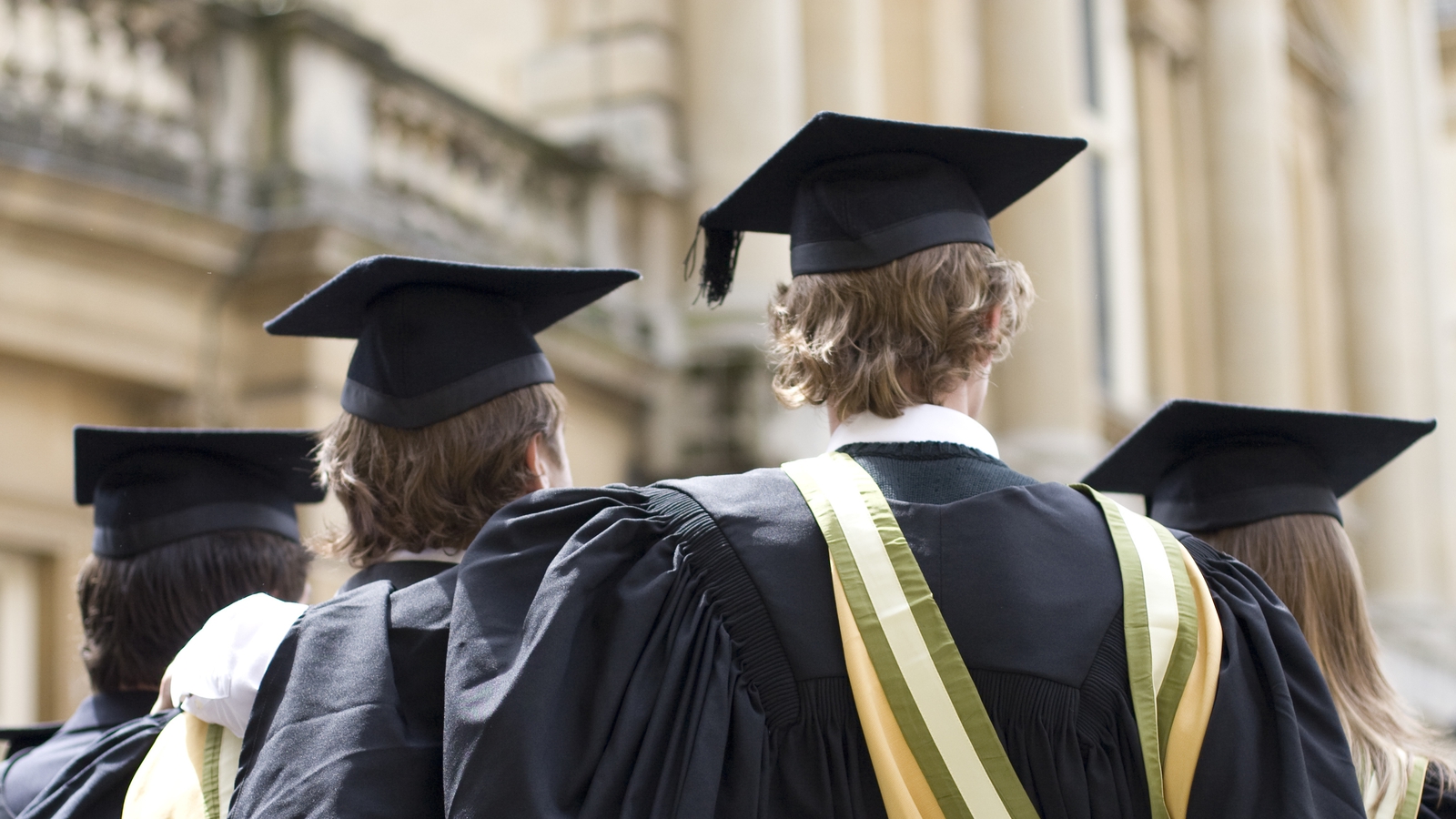 There has been a significant increase in the number of students graduating from Irish third level institutions with First-Class Honours and the level has reached record levels.

There has been a significant increase in the number of students graduating from Irish third level institutions with First-Class Honours and the level has reached record levels.

It is the highest level on record and represents an almost 50% increase on numbers achieving the top score just seven years earlier.

3rd Level Education will shortly destroy itself because of it’s participation in it’s own debasement. Employers will ignore it entirely and set entrance exams and IQ tests and judge people on successful internships.

All of the “Access Programmes” for “the underrepresented” rendered totally pointless. All those extra allowances of time and mode of test allowed to those with Autism and dyslexia now entirely superceded.

Or maybe employers tests will be like the Ancient Chinese Civil Service entrance exam - Write Down Everything You Know.

It’s all about research units & grant funding now. They pay lip service to the undergraduates but don’t care. I know a recent appointment in one discipline in an Irish university got the job because he’ll start a research group with potential for funding, but had zero experience with not only teaching the subject of the department, but no knowledge of >95% of the content that Department would teach. Can’t be more specific - Ireland is a small country. In some specialties people will just lecture on one cell receptor, or one facet, but it’s not the norm in the discipline.

There’s plenty of stupid Irish people. I went to a non streamed school with them. They couldn’t repeat a sentence back to the teacher. It was hell.

It’s not just standards of achievement that migration from the 3rd world changes, it’s standards of behaviour. When schools were integrated in the US, white girls were getting routinely sexually assaulted in the corridors. That’s documented at the time. That’s one cause for the flight to private schools. You’ll see those assaults in Ireland. And you’ll see pressure to cover them up & make excuses.

Was there ever a gang rape in Ireland prior to mass migration?

The videos he or Mike Dice do are

It’s such an inditement of the education system. We’ve commented that ours is starting to slip too - this is where it can go to.

“apparently, 97% of OECD students (16-17 year olds) could not answer this (or other questions of similar difficulty). this frankly flummoxed me. i have not checked the data, but the source is a solid one and this is a published analysis from PISA so i have no particular reason apart from my jaw being on the floor to doubt it.” 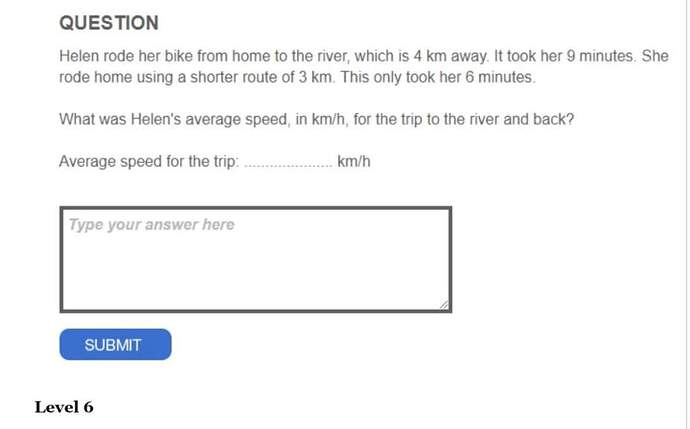 I’ve got this great one about two hoses filling a swimming pool and then pulling the plug out. 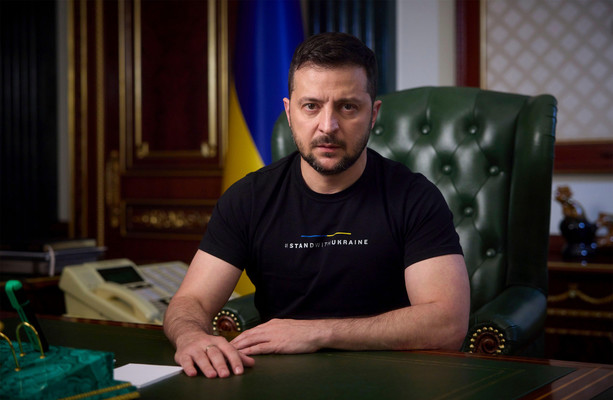 Ukraine's Zelenskyy will virtually address all third-level students in...

The gas thing is, it doesn’t even have to be him. It could be Ai but as long as you believe, does it matter?

Yes Ai can field questions, especially when they are either pre approved and/or have to be translated (nice cover) much easier.

Zel Boy could be an avatar at this point for all we know. Might explain the wife’s “Clinton” pivot to set up a “foundation” slush fund.

Does virtually address mean Zedensi can click the mute button on tough questions?