“In effectively increasing the local property taxes in Dún Laoghaire-Rathdown, councillors have ensured that those whose homes are worth between €400,000 and €450,000 will see bills increase from €650 per year to €765.”

I assume the hike in the LPT has nothing to do with this story in the Irish Times several months ago titled ‘Council chairman defends Dundrum lease deal with foreign cuckoo fund’:

"The Herbert Hill apartments are now set to be used as social housing with the council reportedly paying monthly rents of some €2,000 for one-bed apartments, €2,500 for two-bed units and €3,000 for three-bed units.

However, protesters argue that rent paid by the council over the next 25 years will end up exceeding what Realis paid for the complex, which stands in a prime location next to Dundrum Town Centre."

Let me guess, cases of commercial rates arrears is spiking with no sign of a cure? 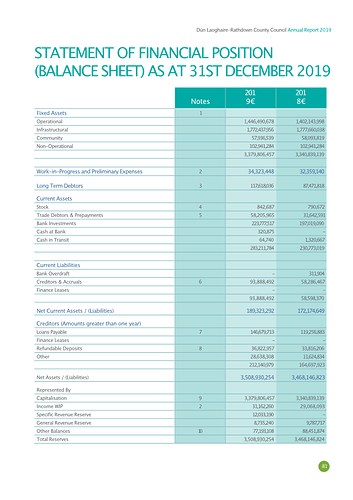 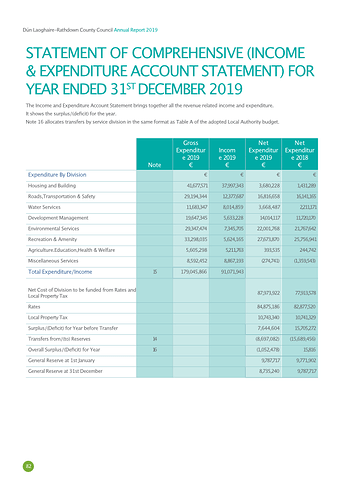 I’m sure there is plenty of scope for savings across the entire operation to negate hiking taxes:

Half of the mess of Ireland is the lack of public critique and investigation into their respective councils and what they get up to, if it’s not spying on you with drones, it’s housing everyone else and getting you to pay for it.

Anyone with a vested interest in keeping their LPT low or lower, should probably read the 2019 annual report, since you are a net contributor to the local fiefdom.

Locals should also consider taking time to read through such documents carefully, they might discover an abundance of alternative areas of focus for budgetary trimming, possibly building a well appraised list of alternatives cuts and cost savings instead of slashing FRONTLINE services.

Then send it to all your local councillors, it is their job after-all to manage these matters on behalf of the voting public, the payees who directly and indirectly foot the bill.

What’s even more depressing about the Dun Laoghaire-Rathdown council chairman defending the Dundrum lease deal is that the chief executive of Ires Reit back in 2016 said he feels “bad for the Irish people” and that “We’ve never seen rental increases like this in any jurisdiction that we’re aware of.”

Link to the interview with the chief executive of Ires Reit back in 2016 in the Irish Times is here: https://www.irishtimes.com/business/commercial-property/ireland-s-biggest-landlord-i-feel-bad-for-the-irish-people-1.2870230