Irish regime forces raided a Catholic home last night in Offaly and abducted the children as the father of the house had previously made a video of them gate crashing a Catholic Mass in Athlone. As well as being outraged and saying the Rosary, this...

Police stormed the PiusX Church in Athlone, Central Ireland, a shocking video, published by Irishpatriots.com on April 25, reveals. The Mass had not yet begun but the faithful had already gathered. One of them told the intruders that "this is a house...

Nothing on the regime media other than His Highness Tony Holohans blessings for the recipients of the Covidian sacrement of eternal life. If you find it reported anywhere else, do link it, for the record like.

Man still does not know where his children are, meanwhile regime security force rack up a few games of pool:

The strange thing, without knowing a lot, in the original video it seemed they were also detaining him, but all the videos depict him in the reception area of the regimes security force leisure centre.

What exactly is going on?

In The Middle Of The Night On Saturday May 2nd, Irish Police Broke Into a Christian Activist's Home in County Longford & Abducted His children

Hard to know. It’s got a lot of traction on twitter, and I’ve contributed to that myself. This is the land of Maurice McCabe & the launderies. An anonymous person on one telegram group has suggested he has other children in care before this, but I’ve seen nothing about that rumour elsewhere.

If true, and he’s the man who filmed the Gardaí at the Athlone mass it’s chilling. There have been news articles the past week saying that guards may now get the choice of whether they do or do not switch on bodycams, and a TD or councilor was suggested that it should be illegal to film the guards.

If not, the Gardaí or some state representative needs to clarify ASAP. They haven’t yet.

Essential viewing on this.

(https://www.facebook.com/TheIrishInquiry/videos/306977817475385/) on the Pat Sweeney case whose children were removed from his care after the gardaí broke into his home at 3AM on a spurious claim that he was mentally ill.

There’s a suggestion that Pat Sweeney had his children with him on the day that he video recorded (https://t.me/endthelockdownireland/1227) himself challenging the gardaí who raided an Athlone church and consequently he is being considered a threat to his children for not abiding covid19 regulations.

“The Irish state has made it clear with actions in Athlone that they will misuse legislation to confiscate children of political dissidents.”

Every fear people had about the referendum on children has been entirely validated.

His children have now been disappeared into a black hole of foster care (https://t.me/IrelandArchive/1298) under the authority of TUSLA. The gardaí can’t tell him where they are because they aren’t told.

This case will go before a family law court, possibly tomorrow. The case will be heard in-camera. That means the public cannot attend court or report on what happened.

After the case, anyone who speaks about the case publicly (including the father of the missing children) will be found to be in contempt of the in-camera rule and they can be jailed or fined up to €50K. You might remember Angela Ray being jailed repeatedly for this reason.

This is how the state keeps people silenced.

Polish TV made a documentary (https://www.youtube.com/watch?v=hiuemxPgI4I) about a Polish woman whose child was taken from her by TUSLA as it was impossible for her to tell her story in Ireland.

Unless Pat Sweeney has very deep pockets, he won’t be able to afford a legal team that will be able to match TUSLA’s. TUSLA will request an emergency care order and the chances of it being granted are almost 100% on condition that a parental capacity assessment and psychological report is conducted on Patrick.

The parental capacity assessment is designed in such a way that the parents fail.

Anna Kavanagh (https://m.facebook.com/TheIrishInquiry/videos/306977817475385/) who has spent the last two years investigating the system and listening to parents whose children have been taken by TUSLA has not met a single parent who passed the assessment or psychological report.

Keep in mind, Patrick Sweeney hasn’t slept in 50 hours (https://t.me/PhilipDwyerNP/22) while searching for his children.

The process of getting your children returned is dragged out for years and years. In 2016, there was an investigation into why one child called Grace was left for 13 years in a foster home under the direction of TUSLA despite social workers being aware she was being sexually abused there. The investigation is still ongoing and it has cost €7 million so far…. (contd)

If you manage to get a TD to raise your case in the Dáil, the Minister of Justice or Children will just reply that they can’t comment on individual cases and it’s an operational matter for TUSLA.

All of the government funding given to NGOs who work in the are of child welfare comes through TUSLA (because of course it does).

TUSLA was set up as a self-policing organisation by Fine Gael’s Frances Fitzgerald.

You might remember when Maurice McCabe began whistleblowing on corruption in the gardaí (which would ultimately lead to the resignation of the Fine Gael Minister for Justice Alan Shatter) TUSLA opened a file on McCabe based on the lie that he sexually abused his children.

Anna Kavanagh is requesting people to bombard the inboxes of the the Ministers of Justice and children with a simple message that you are appalled at what happened to Patrick Sweeney over the weekend.

This is a matter of utmost seriousness and it’s important to act fast.

According to Philip Dwyer of the National Party, Tusla have informed Pat Sweeney that his children are now with their mother.

What happens next in this mad and bizarre event, it appears more questions than answer exist. 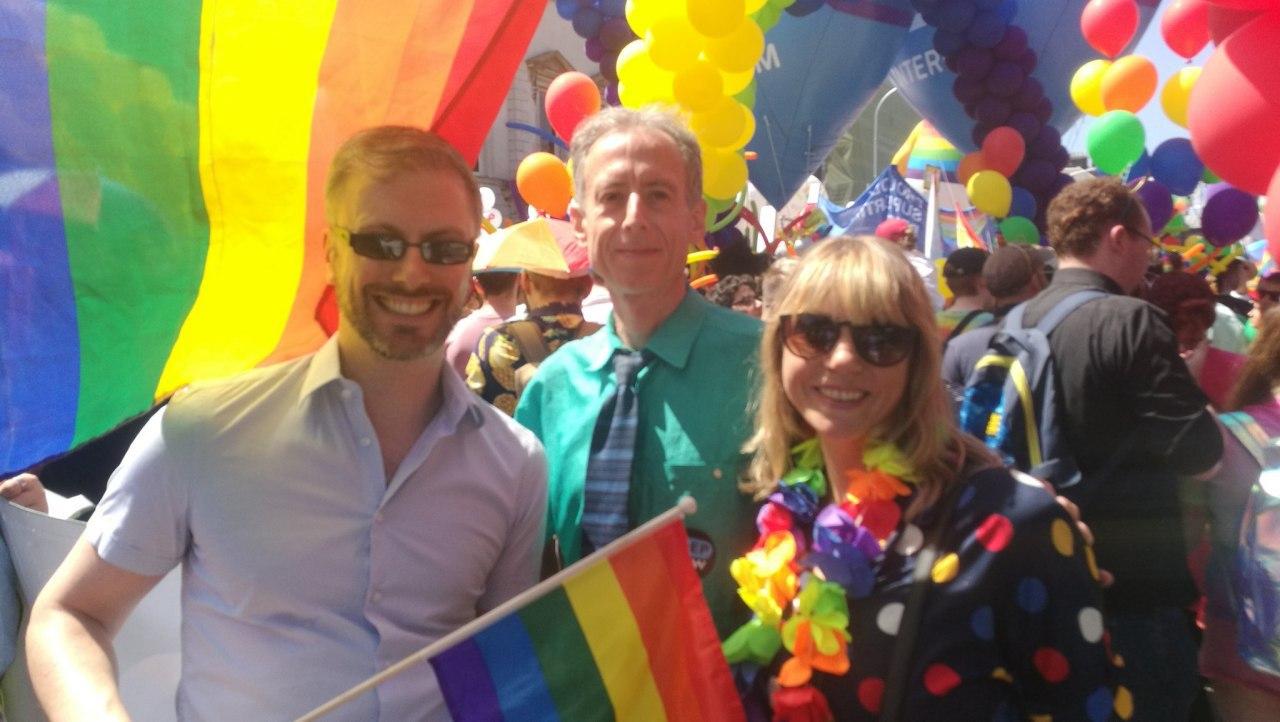 Some thoughts and information from Anna Kavanagh for broad appraisal.

This story seems to have gotten a lot of coverage all over the net outside Ireland, here is but one example, it’s popping up in tweet feeds and so on. 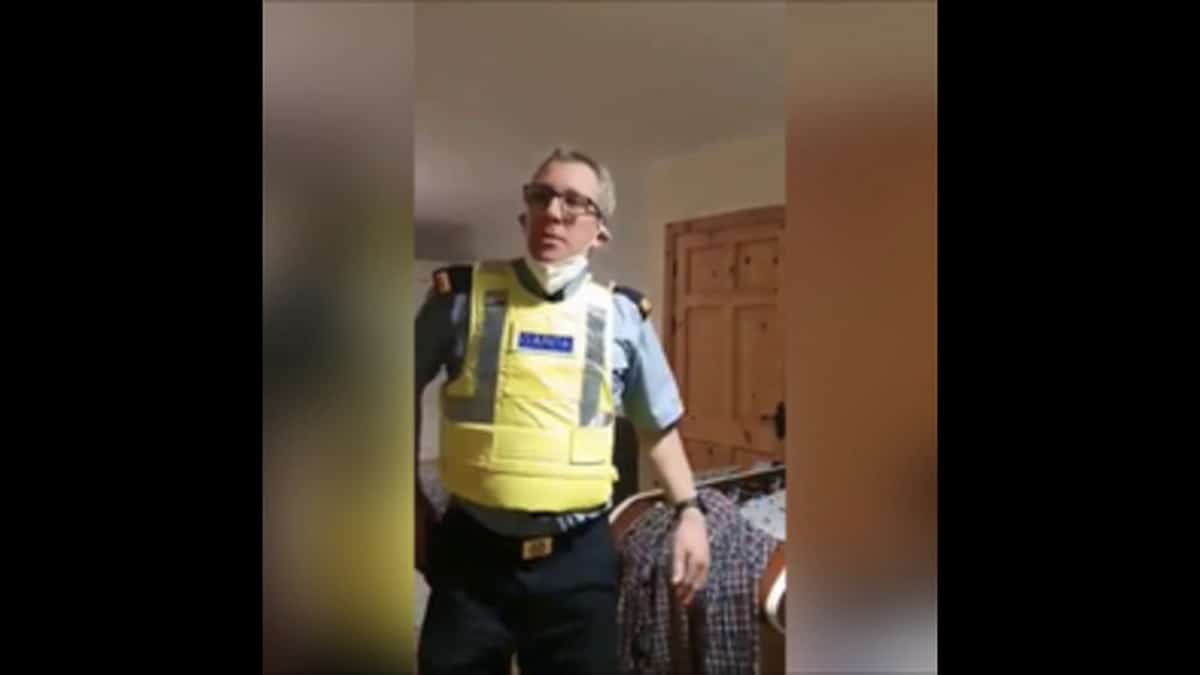 Pat Sweeney, who video recorded the Irish police (Gardai) storming a church in Athlone, Ireland last week has had a police raid at his home

Garda Child-Abduction Tactics and the Banality of Evil... - freepress.ie