Short answer, one where we have a modern lifestyle without destroying the planet.

I’ll take the lying incompetents c*nt of today any day over the utterly squalid shit hole and the people who ran it that was Ireland 40 and 50 years ago. And earlier. Do you know why more than 1/3 of the people born in the 26 counties after 1920 were living abroad by 1960? Because the people you seem to think so highly of were fucking worthless when given any political power. Worse than worthless. All they could do was create a theocratic soul destroying prison which wallowed in self-pity and its self inflicted poverty which very large numbers of people wanted to escape from. There was a large pull as well as push when it came to leaving.

As for the lack of any widespread public discussion or dissent for the worse excess of the new woke theocracy in Ireland. That is purely an Irish cultural failing. There are major political parties in Norway, Denmark and Finland who complain in the loudest possible terms over the last few decades about the worst excess of the new elites. These parties even form parts of governments and make major changes in policy. And you will find often very acrimonious discussion on these subjects in their national media. This has been going on for decades.

But given the very deliberate dominance of the state propaganda arm in Ireland RTE and ownership of most of the rest of the media by a succession of cute hoor con men there is barely a squeak. This is not the “elites” fault, this is an Irish cultural problem. Or rather the problem of a complete lack of any civic political culture and that most people dont give a fuck about the subject as long as their pocket is not picked too blatantly by the tax man. There still is only two parties in Ireland, Me Fein and Sinn Fein.

So will the Holohan’s or the NPhet people of this self-inflicted catastrophe ever see the inside of a court to face questions for what they have done? Nope. Thats guaranteed. Will there be any serious political consequences for the criminal incompetence of the politicians in power. Nope. In fact so little has changed in Irish political culture over the last few generations that the most popular political party is an exactly copy of Fianna Fail in 1928. Full of exactly the the same kind of thugs, crooks and murders as 90 years ago. They wont give a fuck about consequences or responsibility. Only power. And revenge.

I despise the craven incompetents currently in power at the moment. But I despised even more the people they replaced and everything they stood for. Stupid, ignorant, knuckle-dragging petty tyrants who created a barren world of petty evils. And thats because I remember exactly what Ireland was like in the 1970’s and the 1980’s. The last thirty years have been a vast improvement on so many levels when it comes to day to day living. Reflected by the fact that the majority of people born in Ireland after 1980 are still living in Ireland.

So lets just imagine we were back with the political elites of your “Good Old Days” . What would they have done different in the current situation? Well given that they were so supine to the opinion of the Vatican that the Nuncio was defaco a senior member of the cabinet what do we find are the Vatican current vaccine position and position of various woke policies. Well the Pope is even more extreme in his pro vaccine politics than even Draghi and most of the regional governors. And although he has not got on the Right To Chose bandwagon he ticks pretty much every woke political box there is. So no change there. Except the government misters would treat the Vaticans opinions on these subjects as Political Infallible. Just like they did in the “Good Old Days”.

I’m damned if I can see any improvement. But with the huge disadvantage of all that extra “baggage” which made the Ireland of those years so grim.

In 1919 Ireland was the second poorest region in the richest country in the world. Better off than Norway and about equal to Switzerland. By 1960 it was the second poorest country in western Europe. After Portugal. Half the per capita income of Norway and one third of Switzerland. By 1980 it had climbed to just below average. Not exactly a stellar record by any accounts.

As for those photos, they prove nothing. You should find the photos of Summerhill in the 1960’s and 1970’s Little different. Anyone upstairs on the 41A bus to the Airport during the summer in the 1970’s when windows were open would have a ringside seat and could look inside some of the worst slums in Europe at the time. If anyone deserves a statue its Tony Gregory because he made those slums go away. In a very short time. Which almost 60 years of utterly useless local TDs did not. 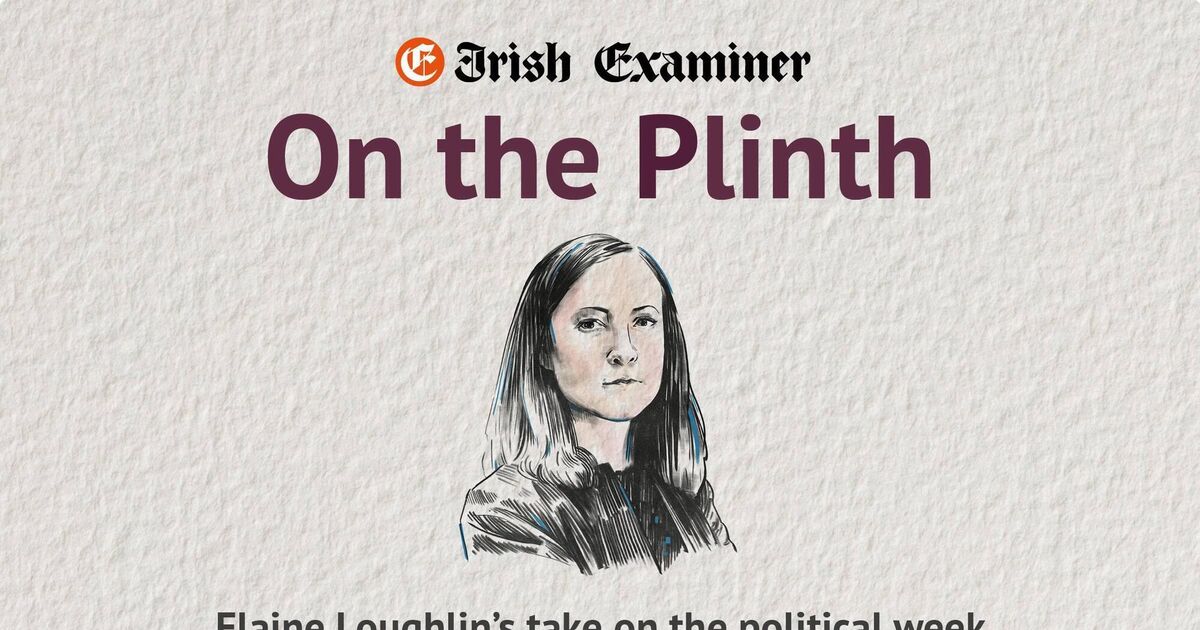 Fianna Fáil has strayed so far from the progressive social and economic programme it was built on that it is little wonder a whole generation is ...


Believe it or not, I have started to hear a few extremely unlikely people, from SCD ladies-who-lunch to art scene hipsters, talking about how they can see now the point of pre-Bertie Fianna Fáil.
Blindjustice 2021-11-20 06:40:16 UTC #87

Climate change will pose a huge disruption. Are the world’s banks ready?

As the climate change conference concluded last week in Glasgow, one thing set it apart from all the other conferences before: The world’s bankers were there in force.

oh goody the banks are our knights in shining armour

All they could do was create a theocratic soul destroying prison which wallowed in self-pity and its self inflicted poverty which very large numbers of people wanted to escape from.

This is the theocratic prison I grew up in. As you can see, pain and suffering etched on the gulag-stained faces of everyone of them….

Rural to urban emigration has existed everywhere. To include Swedes and Finns to the States en masse. Scots to England. Not forgetting that the largest haemorrhaging of people from this island occurred during the the 1840s whilst we were part of the wealthiest, most ‘progressive’ bloc on earth at that time. Sounds familiar right? Just that today it’s the other side of your great game who happen to hold sway….whist the current purveyors of science and progress discuss sticking experimental vaccines into infants.

No masks. No qr codes. How did they manage to survive??? All the great petrol cars before the £ucking $reens brought the diesel smelly §hite

Towards mandatory Green Public Procurement (GPP) requirements under the EU Green Deal: reconsidering the role of public procurement as an environmental policy tool

The aim of this paper is to analyze the inclusion of Green Public Procurement (GPP) requirements in the EU public procurement regime. The debate about moving towards greener public purchasing has been fueled afresh in the wake of the EU Green Deal, which highlights the significance of a public procurement regime in pursuing the existing environmental policy goals at EU level. This is also reflected in other key EU policy documents, such as the Circular Economy Package, the Sustainable Development Goals (SDGs) as well as the climate change legislation implementing the Paris Agreement. In this context, this paper aspires to map the intersections between the public spending decisions of contracting authorities and their discretion in inserting environmental considerations through the lens of increasing compliance with the adopted environmental targets. 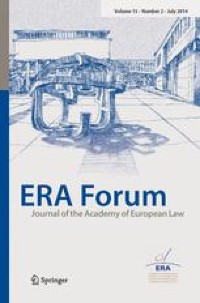 The aim of this paper is to analyze the inclusion of Green Public Procurement (GPP) requirements in the EU public procurement regime. The debate about moving towards greener public purchasing has been fueled afresh in the wake of the EU Green Deal,... 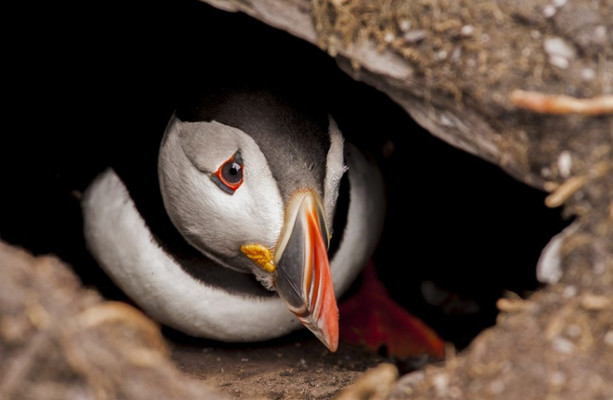 Just over 60% of our 600-plus legally protected nature areas have conservation objectives.


the European Commission started infringement procedures against Ireland for failure to fulfil its obligations under EU environmental law to designate 217 ‘Sites of Community Interest’ (SCIs) as Special Areas of Conservation (SAC) within a strict six-year time period.

The matter exploded to the top of the agenda in late September, thanks to a leaked document from the Netherlands Environmental Assessment Agency (PBL) commissioned by the Dutch ministries of agriculture and finance. It revealed several scenarios were drawn up to buy out farmers. In one, buyouts were no longer optional if required, but compulsory.

It couldn’t possibly be that weather is simly statistically noisy due to insufficient data. Trends are unreliable in small sample sizes