Something tells me that kid was really taking the piss and most of the viewers won’t see that. 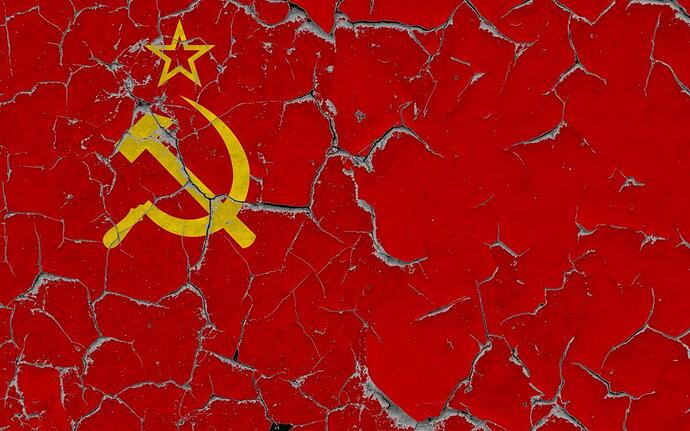 How the Soviets "Fixed" Inflation, but Ruined the Economy | Ryan McMaken

Price inflation and the resulting business cycles are monetary phenomena, and without increases in the money supply—i.e., monetary inflation—there is no price inflation.

Interesting explanation of money printing and price inflation in the Soviet Union from an Austrian perspective.

There’s no convincing evidence that central banks’ purchases of trillions of dollars of bonds and other financial assets helped any economy.

FRANKFURT, Germany — The European Central Bank will continue to hike benchmark rates, albeit at a slower pace, with inflation expected to be close to a peak and the Frankfurt institution looking to reduce its vast holdings of government bonds.

“We expect the ECB to raise its policy rates by 50 bp at the December meeting,” said Michael Schumacher, an ECB watcher with Natixis, in a recent research note.

“We also expect an announcement of Quantitative Tightening next year, though the ECB is unlikely to provide a specific start date at this point.”

Should read the pin

And a lot of focus will also be on the staff projections despite recent criticism about the reliability of the forecasting models used for them. It is widely expected that inflation expectations from the ECB will be revised upward for 2023 and GDP estimates should be lowered for next year.

Treasure Ireland and its Digitalised Gombeenism is very important to stop Nominal GDP drops even in the midst of a high inflation environment. A strategically important role, beyond its size.

“It will be particularly interesting to see whether the ECB will have a technical recession in its baseline forecast,” Annenkov added.

“The Governing Council judges that interest rates will still have to rise significantly at a steady pace to reach levels that are sufficiently restrictive to ensure a timely return of inflation to the 2% medium-term target,” the ECB said in a statement.

“We’re not slowing down. We’re in for the long game.”

The central bank said it was working on euro zone inflation forecasts that had been “significantly revised up,” and sees inflation remaining above its 2% target until 2025.

However, it sees a recession in the region being “relatively short-lived and shallow.”

What some of this realism on interest rates has meant is that the Euro is no longer worth a buck or less. It is $1.07. Which helps with the fuel costs and other imports. 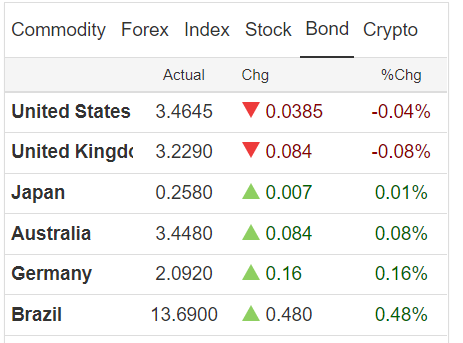 What does it signify that UK bond rates (10Y) are below the BoE interest rate of 3.5% but German (let alone any of the other eurozone states) are above the ECB interest rate of 2%?
How realistic is it to jawbone continuous rate rises when the rates are barely off the floor and sovereign bonds are already priced above ECB rates and for many states significantly above (e.g. Italy)?
Euro is way behind Fed and BoE on interest rate rises, the cost of rolling over bonds for the eurozone states with large debt loads is going to cause severe fracturing pressure on the currency before we even get near the Fed’s levels.
And yield curves are pretty inverted.

Just as well the Eurozone isn’t in recession anyway

Tech and pharma output means Ireland will skirt around recession, according to ESRI report

The productivity rate in technology has moved sharply higher since 2015 and is hugely skewed by the so-called on-shoring of intellectual property (IP) into the Irish economy which means profits made around the world are rolled-up here by multinationals for statistical reasons.

While that has been dismissed as “leprechaun economics”, the ESRI’s Prof Kieran McQuinn said it is translating into higher corporation tax and higher levels of value added in the Irish economy.

The scale of technology and pharmaceutical activity here means Ireland looks set to avoid recession next year, even if there is a global slowdown, he said.

Ireland’s dependence on multinationals now means there is a need to remain supportive of foreign direct investment, Prof McQuinn said.

“The policy implication of this is not to do things that are hostile to this type of investment,” he said.

While that traditionally included a heavy focus on tax policy and labour policy it should range across issues like supply of homes for workers, planning and access to energy for plants and data centres, including ramping-up wind energy, he said.

Tech and pharma output means Ireland will skirt around recession, according to ESRI report - Independent.ie

And open borders to keep the show on the road…

I cant figure this out. The ECB rate is 2.5%. This should be the floor rate in the economy. But it isnt! Deposit rates arent budging and sovereign bonds are at way below 2.5%

ECB deposit rate just raised to 2% ECB lending rate to banks is now 2.5%
Banks have to give less on deposits and charge more on loans to make a profit, especially when the security on much of their loans is impaired by the courts.
Most of the eurozone states have bond yields well over 2.5%.
UK and US have bond yields below the BoE and Fed rate.

Signs of resilience in the euro area prompted renewed speculation the European Central Bank (ECB) will continue to raise interest rates at a rapid pace – with Goldman Sachs predicting a rate of 3.25pc by May.

Some analysts are wary of forecasting a recession in the euro area due to resilient growth at the end of last year, falling gas prices and China’s reopening from Covid restrictions.

Goldman Sachs said in a note on Tuesday it expected the euro area to avoid a technical recession in 2023, forecasting the economy to grow 0.6pc this year, compared with its previous forecast of a contraction.

Analysts recalled a recent speech by ECB board member Isabel Schnabel – the most influential voice in the hawkish camp – as mentioning a policy objective of taking real yields more firmly into positive territory.

Ms Schnabel said on Tuesday financing conditions will need to be more restrictive and inflation will not subside by itself.

That was never going to work. 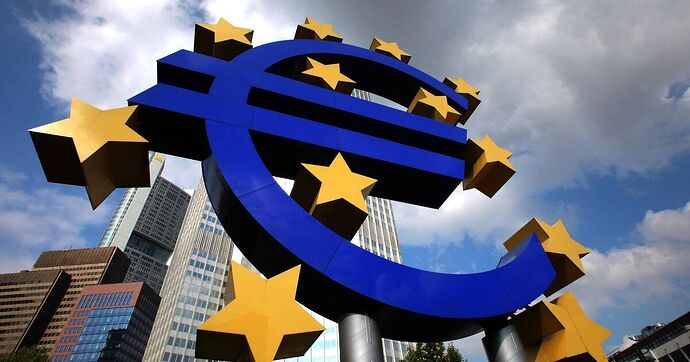 ECB to hike rates by 0.5% in February and March

“We focus on core inflation where, unfortunately, there is no good news,” said ECB governing council member Klaas Knot. "Because it is still on the rise. Underlying inflationary pressures show no signs of abating yet."

The European Central Bank (ECB) is set to raise by 50 basis points in both February and March and will continue to raise rates in the months after, ECB governing council member Klaas Knot said in an interview. 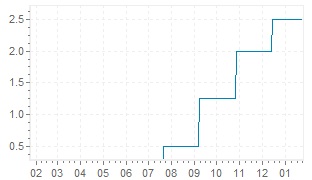