Angel Gurria, secretary-general of the Organisation for Economic Co-Operation and Development, issued a strong defense of the euro over the weekend.
As speculation continued that heavily indebted Greece may abandon the euro Gurria, a former finance minister in his native Mexico, told CNBC: “Nobody’s going to be leaving the euro. More countries are going to be joining the euro.”
The resignation of the European Central Bank’s de facto chief economist, Juergen Stark, on Friday, in a dispute over the ECB’s bond-buying program, unsettled Asian and European markets on Monday. He will be replaced by German deputy finance minister Joerg Asmussen.

Signs are that Germany is getting ready to cut Greece free.

I wouldn’t be surprised if French Bankers will be putting in an all-nighter as well, given their exposure to Greece.

Signs are that Germany is getting ready to cut Greece free.

I wouldn’t be surprised if French Bankers will be putting in an all-nighter as well, given their exposure to Greece.

Anyone know where the webcams that look at the French Central Bank are? And what floor the big knobs sit on?

Greece’s risk of default is now…98%, according to CMA Market Vision

“So you’re tellin’ me there’s a chance…” 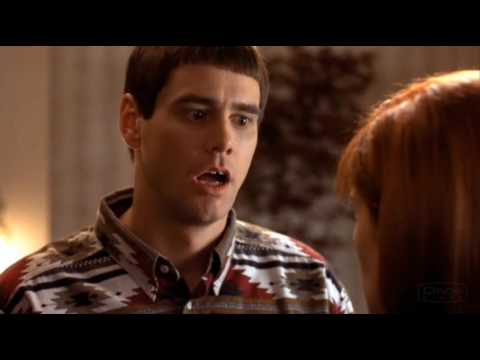 What happens when Greece defaults

It’s easy to see Ireland refusing to repay Anglo and INBS bondholders. What of the rest?

What happens when Greece defaults

Why is the currency exit seen as inevitable as a result of a default? There seems to be lots of ways of pretending a default is something else so mightn’t they be able to limp along in some form while still in the euro. (Apologies if this is something answered already.)

If Greece goes Drachma then surely everyone in Ireland, Portugal with savings in local banks will get busy moving their money out of the country the same day. Spain and Italy soon afterwards. Belgian savers, French next in line. You’d have runs on the banks all over Europe.

Wouldn’t one country leaving the euro imply everyone is out?

There was a good analysis of the scenarios in a UBS research note last week.

Well worth a read if you’ve time. In short, there are no good outcomes. The status quo can’t go on; Greece leaving is very messy; Germany & co. leaving is disasterous for all; a total break-up is a catastrophe…Yet the solutions often touted as having the potential to solve the problem (eurobonds, fiscal union) are politically or practically impossible to achieve within the narrow window available.

Thanks for the link. Interesting stuff. The quote below was their view of a euro break-up, which is less sensational than the commentator for the Telegraph.

Our base case with an overwhelming probability is that the Euro moves slowly (and painfully) towards some kind of fiscal integration. The risk case, of break-up, is considerably more costly and close to zero probability.

Colm McCarthy gave his view on it today during Morning Ireland. He said the Drachma doesn’t automatically follow a Greek default, especially not an “orderly” default. For Greece to be forced into leaving the euro, we’d need the ECB to stop giving liquidity support to the Greek banks. Once that’s withdrawn presumably Greece would have an immediate run on the banks and the government to maintain order would need its own currency.

He mentioned that Trichet yesterday said that the ECB wouldn’t pull support from the Greek banks in the event of default. Considering the consequences it seems unlikely the ECB will ever by choice take the nuclear option of pulling support.

and thus the reasons for German economists/directors leaving the ECB.

but its a political problem now there’s no way ECB would have shored up Italy without a big nod from Frankfurt.

The Greeks themselves will elect to default. There is no other option for them.

He mentioned that Trichet yesterday said that the ECB wouldn’t pull support from the Greek banks in the event of default. Considering the consequences it seems unlikely the ECB will ever by choice take the nuclear option of pulling support.

Hmm, so the banks and the sovereign are being treated separately…?

The Greeks themselves will elect to default. There is no other option for them.

Didn’t Colm McCarthy also say this morning that there is no mechanism in place which allows exit from the Euro? It was never envisaged that anyone might want out.

At last… A solution

GERMANY’S EUROPEAN COMMISSIONER has lent his voice to demands that the national flags of all bailed-out European Union member states be flown at half-mast at EU buildings.

Günther Oettinger told German media last Friday that the move would “be a big deterrent” to those countries – which he called “deficit sinners” – who cannot keep control of their financial affairs, though he admitted that it would “just be a symbol”

Is that from The Journal or The Onion?

Is that from The Journal or The Onion?