Eu have always been at War with the Virus 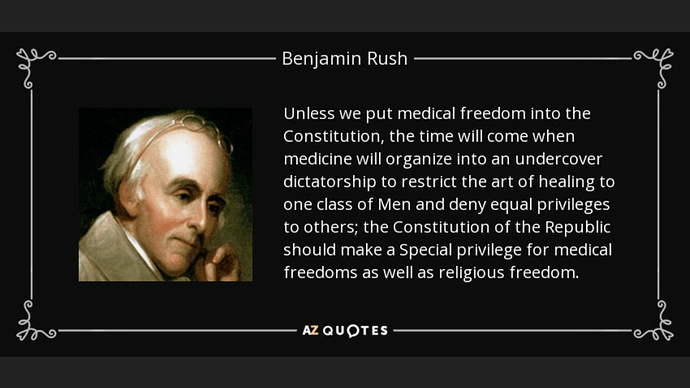 Seen recently, had never heard of him, or this quote, until this year though. 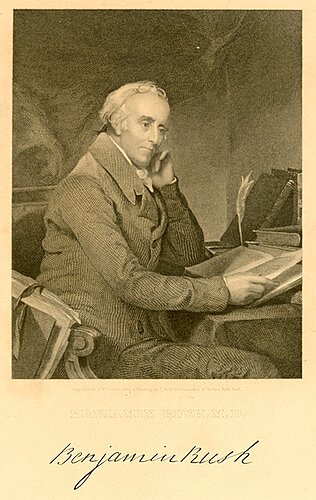 Benjamin Rush was born on January 4, 1746, in Byberry Township, Pennsylvania, the son of John Rush, a farmer and gunsmith, and Susanna Hall Harvey. After his father’s death in... Read more »

A significant element of the witch burning era across Europe was attempts on the part of the emerging medical profession to corner the ‘healing’ market and exclude the competition by way of regulation.

The issue is often cited as a narrow-focussed cause celebre of modern feminism but the truth is a lot more nuanced.

It corresponds with the emergence of modern urban society as well as the elevation of gatekeeper professional classes who have retained their positions to the modern day.

Indeed we are today very much living with many of the consequences of that era.

Think of anti-mask, anti-vax’, anti-lockdown as being modern day equivalent of the witch and you get a semblance of the picture

This chapter concentrates on wise-women, who were healers and, to a lesser extent, midwives,1 and who were often designated as ‘witches’. In the Early Modern era, these women could find themselves accused of practising witchcraft even though healing was their chief objective. The witch-hunt2 as applied to wise-women can be interpreted as another step in the removal of women from healing. Wise-men and wise-women were important healers in Early Modern Europe and women retained a pivotal role in village medicine in the pre-industrial era.3 In rural areas of Europe, amateur healers, many of whom were women, were ubiquitous. They cured all descriptions of illnesses with herbs, poultices, prayers and ointments. This traditional healing role was threatened during the Renaissance because at this time, ‘the first concerted efforts were made to remove medicine from the realm of popular culture and establish it as the preserve of a restricted profession’.4 Furthermore, this was the period when ‘medicine and science lost their spiritual dimensions; as healers, magicians, and witches lost their claim to manipulate the spiritual forces of the world, the ground was prepared for a mechanization of the world picture’.5 It was during this period that a number of strategies were taken to eliminate women and other ‘popular’ healers from the medical ‘profession’. One of these was the licensing of various practitioners. A second method was the prescription of university training — denied to women — for physicians.6 Another involved the accusation of witchcraft against irregular practitioners, such as ‘old wives’. Women’s work as village healers and midwives and their methods of healing through spells and potions made them vulnerable to attacks from the emerging medical profession, the state and the Church.

Now recertification in the US, & similar annual requirements here etc. keep everyone in line.

The cases against some Irish GPs - the ‘vaccines’ are still all only approved under conditional marketing authorisation. Not full. Yet there are threats of censure for not actively prescribing and administering.