Euro zone finance ministers meeting in Luxembourg acted today to put a firewall between Greece’s dire financial situation and the destinies of Ireland and Portugal.

The deal came as Minister for Finance Michael Noonan was holding talks today French finance minister Christine Lagarde on the Government’s long campaign for a cut in the interest rate on Ireland’s bailout.

Finance ministers agreed important changes to both its current and future bailout funds, which they hope will reinforce confidence in the euro zone’s struggling economies as the debt crisis in Greece reached new depths.

“You’ve been a very naughty boy Mr. Noonan, I’m very disappointed in you, I’m going to have to call Headmaster Geithner now and see what he says”

“He spoke to you in French? Je suis desolee…”

IMF selection ? Easy like I said, nothing like a Limerick East cumann meeting. You’d need your wits about you for them yokes.

“You’ve been a very naughty boy Mr. Noonan, I’m very disappointed in you, I’m going to have to call Headmaster Geithner now and see what he says”

Sorry, Miss Blagarde, but where I come from we always pronounce the B

Will you buy me an Ice-Cream?

Does my deficit look big in this?

Ireland has received the backing of Germany for a 1pc rate cut on the EU portion of the €67.5bn bailout loans.

“Stop trying to look down my top!”

Will you buy me an Ice-Cream?

My favourite song? Probably French Kissing in the Eurozone, but you look too young to remember it…

I’ll dress up as a chamber maid for 1%

Madam i am 68 years old i should be retired by now but i only went and became Irish finance minister, now i wish i had gone fishing and let someone else take the job the country is in an awfull state. 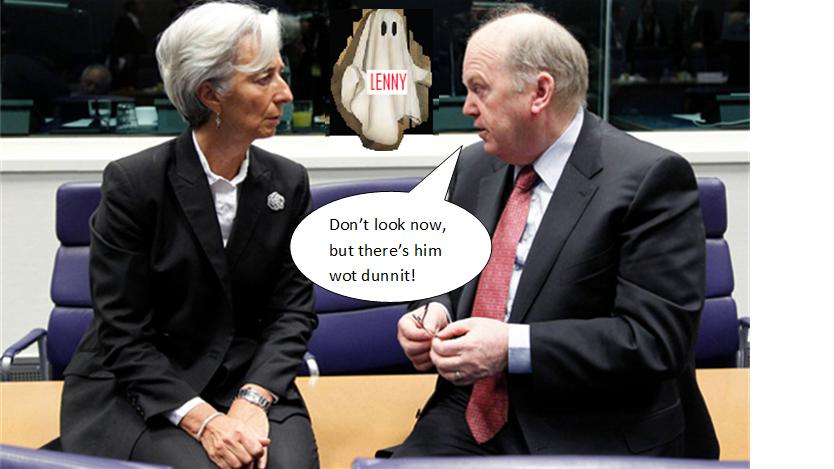 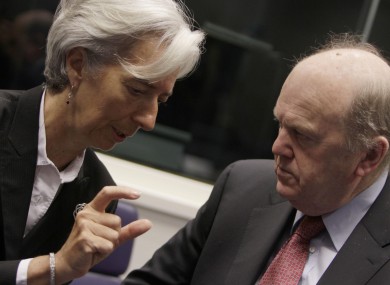 I hope this isn’t getting personal

Please ma’am can we have some more?