Report here from the UK Ministry of Housing, Communities and Local Government

Analysis of the determinants of house price changes

Over the same period (1991 to 2016) the non-UK born population of England increased by 4.8 million; from 3.5 million to 8.4 million (these figures do not sum due to rounding).
Applying the relationship between household growth and house prices derived from the University of Reading affordability model, the increase in the non-UK born population in England is expected to have led to a 21 per cent increase in house prices; holding all else equal.

For comparison to Ireland’s population growth

I got the migration figures here in Table 1.3 which looks at net migration and how many were non-Irish nationals
https://www.cso.ie/en/releasesandpublications/ep/p-pme/populationandmigrationestimatesapril2021/mainresults/

Thanks for the analysis.

Of course some of us are sceptical that the 5m population and the numbers of Non Irish net migration are undercooked, and it certainly feels that way it has to be said.

Many incomes have been stagnant in this time, yet tax incomes are rising and the country has gone from ghost estates to a housing crisis within 10 years, all of this adds to the feeling that the volume/population element of the equation is a very strong driver of the problems we are seeing.

I wonder is there a way to see how close CSO 2016 migration estimates were pre vs post Census 2016.

If the same were true for 2021 you’d be looking at c. 50K more Non-Irish net migration

Looking at these figures in more detail

And this ignores the pent up demand that was already in the system.

It seems we are basically building enough per year to only meet the increase in population of that 1 year. We are nowhere near meeting demand anytime soon.

As posted by Blindjustice elsewhere 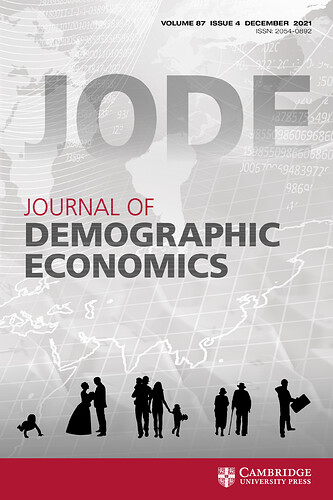 So this report also foound, like the UK one above, that for every 1% increase in interest rates, house prices fall by 3%

Research I published 9y ago shows that interest rate changes have some of the strongest effects on house prices. If intr. rates were to go up by 1%, prices were to fall by 3%, all else equal. This is using US data; the effect in the UK should be stronger. https://t.co/B5MD8TnQir

A bank lending channel or a credit supply shock?

Shifts in credit supply could have a bearing on house prices e.g. through financial innovations and changes in regulation independently of the existen…