Response issued after claim that first Omicron death in UK happened in... 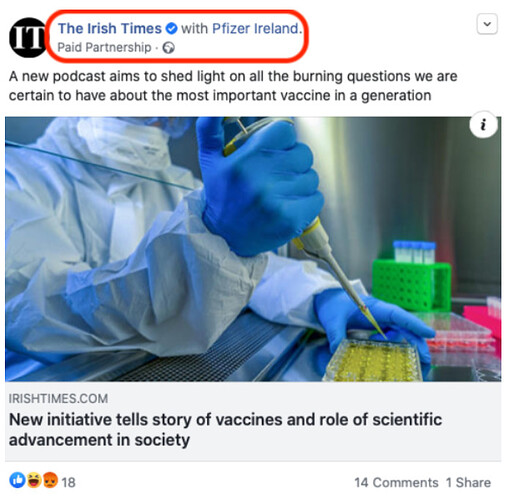 Their latest offering is an article entitled

This piece was written by Karen O Keefe. I just thought she was a regular journalist on the beat writing some puff piece. I then got to the bottom of the article and read this.

Karen O’Keeffe is director of policy and public affairs at Pfizer Ireland.

This was deliberately concealed at the bottom when it should be front and centre.

The media are out of control. This is a combination of Pravda journalism along with corporate interests and lobbying.

Whoops, they did it again. 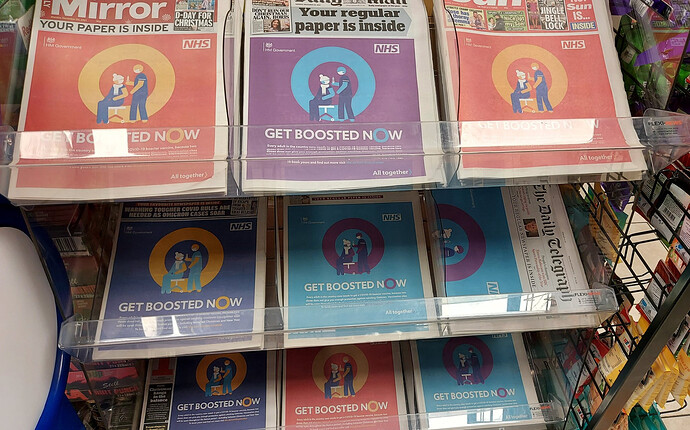 Comments worth a read too.

Somebody robbing my ‘They Live’ comment that I put under this picture from another popular tweet. I’ve been using it since last May. They didn’t even bother choosing a different movie image to the one I did. And no credit

Just for a reference to an article back then. Pretty amazing. You don’t need the special glasses to see the manipulation though. 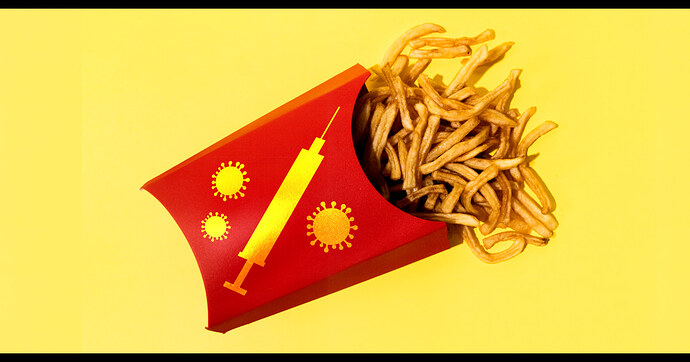 McDonald’s to use packaging to promote COVID-19 vaccines

The fast food chain is partnering with the White House and encouraging its customers to get vaccinated.

Damning article on how intelligence agencies are manipulating public opinion and creating pseudo-left controlled opposition online. This is undoubtedly happening in Ireland too. 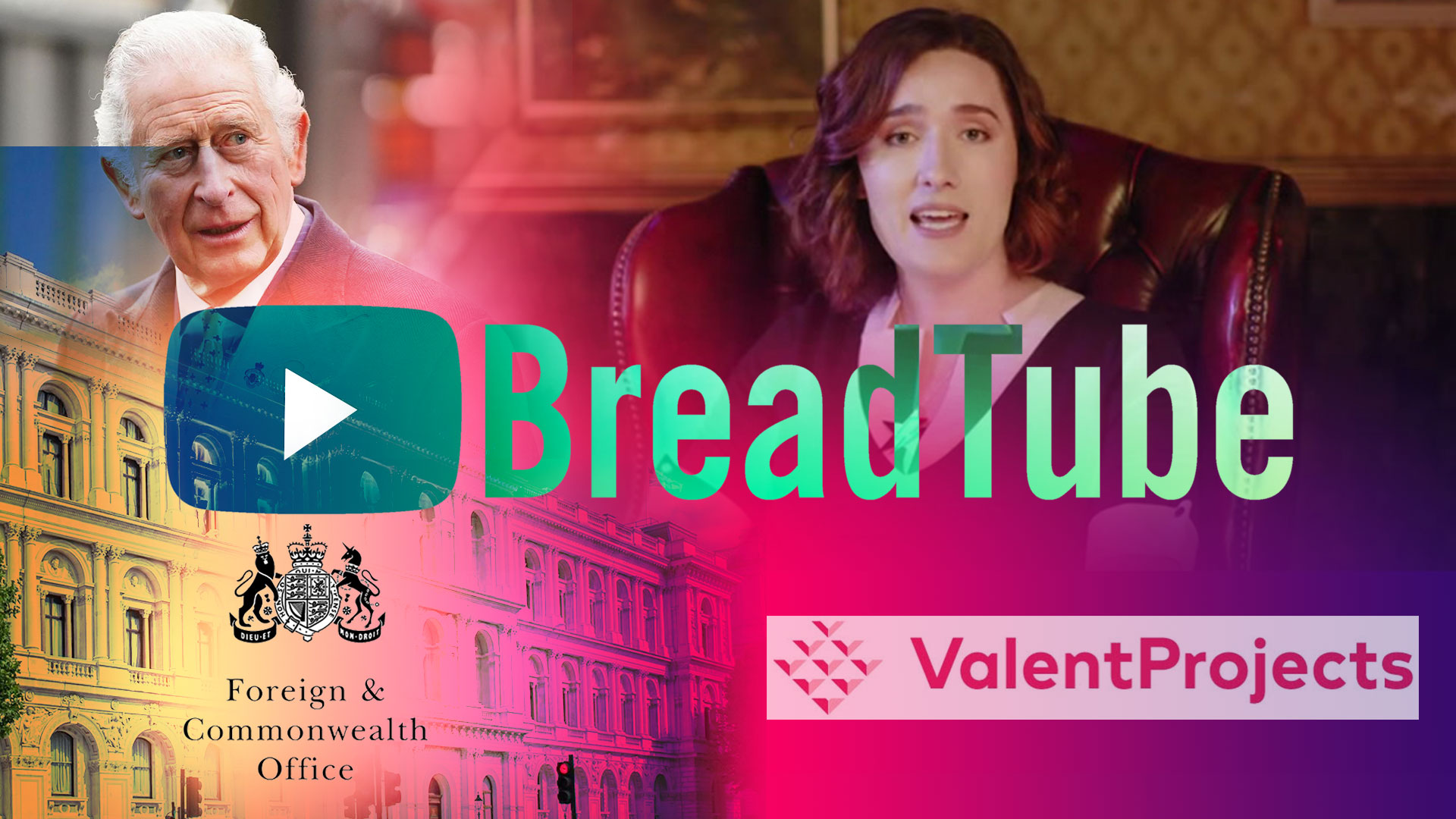 Dr. Malone discusses the “Mass Formation (Hypnotic Psychosis)” phenomenon (Dr. Mattias Desmet) that makes it difficult to reason with those who have fallen victim to this devastating precursor to totalitarianism.

Mattias Desmet on Our Grave Situation

https://www.youtube.com/watch?v=doXCxzi0Lxo&ab_channel=DigitalBroadland
Professor Mattias Desmet talks about his work that connects past historical episodes of what is called “Mass Formation” (aka Mass Psychosis) and current events. The risks are as grave as they come. Unless a few brave and courageous people are willing to stand up and say “I don’t agree!” history suggests that we will end up with a fully totalitarian outcome.

Interesting at about 26 mins in, he gives the percentages of the population that are fully hypnotized @30%, the 40/50% who will just go along with the narrative and the 10/20% who just will refuse the narrative.

I gave that a listen finally because I see “Mass Formation” is trending, tbh, there is nothing new in it if you cut your teeth on last mania (and I created this thread for this reason The Minds of Men), but it’s a great temporal marker, and sure I was only making the point in conversation last night how people can not hear you, so not point in trying sometimes or often to convert or get through, the truth in of itself, does not convert, the conversion is an internal cognitive/spiritual event, it’s called freedom, it’s the freedom of being, and when it happens, everything changes in an instant within and therefore the without, outside world is instantly transformed (beauty is truly in the eye of the beholder) - in short, the truth is both a subjective and objective experience, in that it is neither and is a continuous synergy “experience”… anyhow, the active or passive deafness/blindness to truth or reality, was a common thing to be observed or during the property mania, first hand experience form then helps in spades now.

Maybe I’m a bit teary eye’d I’ve kind of been waiting for this, it’s like pin goes mainstream, there are many pins out there now, honorary pinsters, it might even be an archetype - will world become pinster?

TLDR;
In Russia, House Own you.

The reality bubble is the greatest bubble of all. They really got going around 2010 (yep, dam phones), but really started to inflate it in earnest from 2015, but it’s popping, and the popping occurs in each heart and mind (again, beauty is in the eye of the beholder), one by one.

The solution Malone suggest for sure has been already been happening, why we’ve been doing it here since 2006.

In short I am more optimistic than perhaps Mattias might be, it’s a question of timing, therein lies the quicksand of predictions and outlooks, he’s discovered what has been know for an age at a time liek now, so there is a element of bias combined perhpas with his own misgivings and fear, however once you discover it for yourself, you can in one sense relax, and in another sense your senses are primed better.

Your mind, has ultimately become immune to the madness.

Now how do you test for that?

MASS FORMATION PSYCHOSIS - HOW THEY CREATED SUPPORTERS FOR MEDICAL TYRANNY

Mass Formation Psychosis - How They Created Supporters for Medical Tyranny

We are living in an age of mass formation or as I would call it, Mass Hysteria. In this video I expand on the theory of Mattias Desmet and explain exactly how it happened. To support my work, please go to https://amazingpolly.net/contact-support.php…

We are living in an age of mass formation or as I would call it, Mass Hysteria.
In this video I expand on the theory of Mattias Desmet and explain exactly how it happened.

In a period of unprecedented BLM-Antifa disorder, rioting, looting and burning and in a year when there were 691 mass shootings (none by secessionists or “white supremacists”, most by black people against black people), Janan Ganesh continues with slurs against traditional Americans. 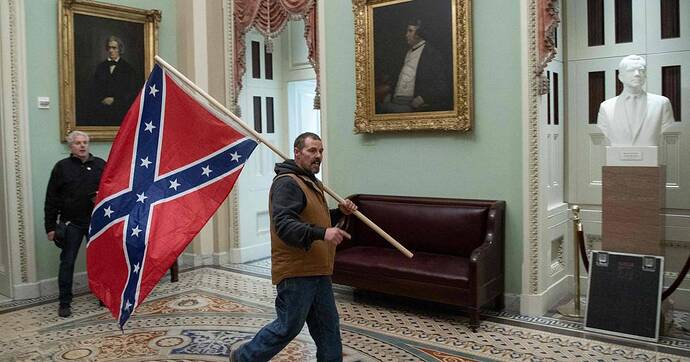 US Politics: Terrible internal violence with riots and assassinations may hover on horizon 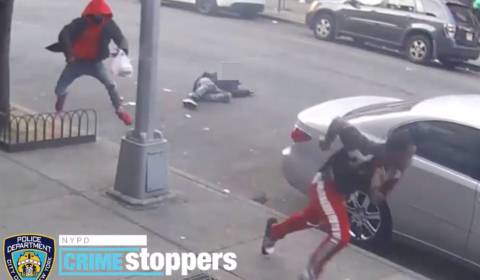 The United States broke all previous records for mass shootings in 2021. None of the attacks had a white racial or terroristic motive. The year closed with a total of 691 mass shootings and several hundred deaths related to these incidents in total,...

A special report by the BBC’s “Specialist disinformation reporter, BBC News” , is that what they now call a propagandist these days. 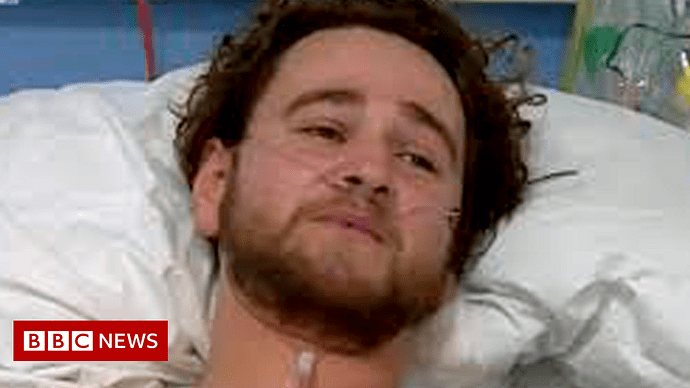 Henry Dyne was ill with Covid, but online his story was twisted by anti-vaccine activists. 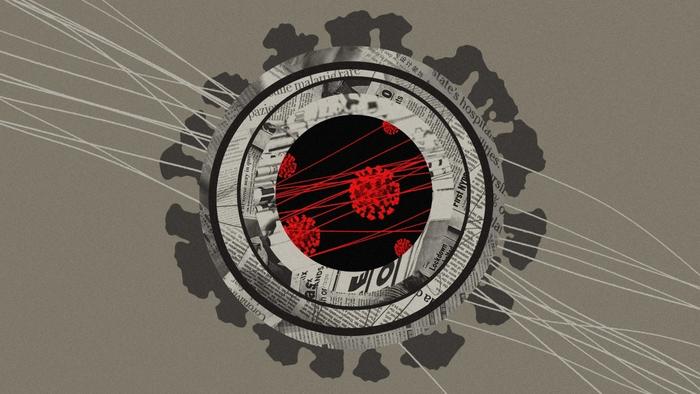 For ALMOST two years, we - the press and the population - have been almost hypnotically preoccupied with the authorities' daily coronavirus figures.

“We Failed”: Danish Newspaper Apologizes For Publishing Official COVID Narratives Without Questioning Them

In August, Germany’s top newspaper, Bild, apologized for the outlet’s fear-driven Covid coverage - with special message to children, who were told “that they were going to murder their grandma.”

Now, a newspaper in Denmark has publicly apologized for reporting government narratives surrounding the Covid-19 pandemic without questioning them .

" We failed ," reads the article’s headline from tabloid Ekstra Bladet , which goes on to admit that "For ALMOST two years, we - the press and the population - have been almost hypnotically preoccupied with the authorities’ daily coronavirus figures. "(translated).

Read the rest below:

WE HAVE STARED at the oscillations of the number pendulum when it came to infected, hospitalized and died with corona. And we have been given the significance of the pendulum’s smallest movements laid out by experts, politicians and authorities, who have constantly warned us about the dormant corona monster under our beds. A monster just waiting for us to fall asleep so it can strike in the gloom and darkness of the night.

THE CONSTANT mental alertness has worn out tremendously on all of us. That is why we - the press - must also take stock of our own efforts. And we have failed.

WE HAVE NOT been vigilant enough at the garden gate when the authorities were required to answer what it actually meant that people are hospitalized with corona and not because of corona. Because it makes a difference. A big difference. Exactly, the official hospitalization numbers have been shown to be 27 percent higher than the actual figure for how many there are in the hospital, simply because they have corona. We only know that now.

OF COURSE , it is first and foremost the authorities who are responsible for informing the population correctly, accurately and honestly. The figures for how many are sick and died of corona should, for obvious reasons, have been published long ago, so we got the clearest picture of the monster under the bed.

IN ALL , the messages of the authorities and politicians to the people in this historic crisis leave much to be desired. And therefore they lie as they have ridden when parts of the population lose confidence in them.

ANOTHER example: The vaccines are consistently referred to as our ‘superweapon’. And our hospitals are called ‘superhospitals’. Nevertheless, these super-hospitals are apparently maximally pressured, even though almost the entire population is armed with a super-weapon. Even children have been vaccinated on a huge scale, which has not been done in our neighboring countries.

IN OTHER WORDS, there is something here that does not deserve the term ‘super’. Whether it’s the vaccines, the hospitals, or a mixture of it all, is every man’s bid. But at least the authorities’ communication to the population in no way deserves the term ‘super’. On the contrary.

Will other news outlets have the journalistic integrity to follow suit? Perhaps CNN’s ratings wouldn’t be down 90% from last year in the key 25-to-54 demographic if they simply owned up to their complicity in breathlessly spewing government propaganda.

Imagine, the Gov pays for the media tp lie to you and then you die because you believed the lies, but you do not have to imagine do you. It is the truth. 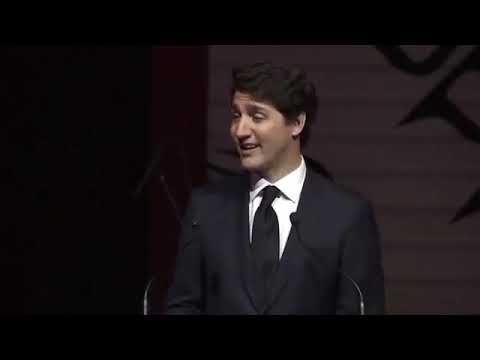 “once you’re vaccinated… you’re no longer our threat” 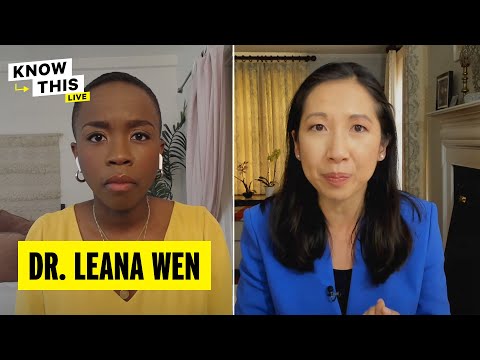 This woman appears to believe what she is saying. People have made the ‘vaccine’ into their God. Disturbing. I’m now beginning to understand why they warned so much about false idols in the Bible. There is no level of tyranny that people won’t happily do onto others once they worship something in such a way.

One I saw last autumn is that although the Greek word pharmakeia in revelations is usually translated as sorcery, but can be translated as pharmacy/drugs… 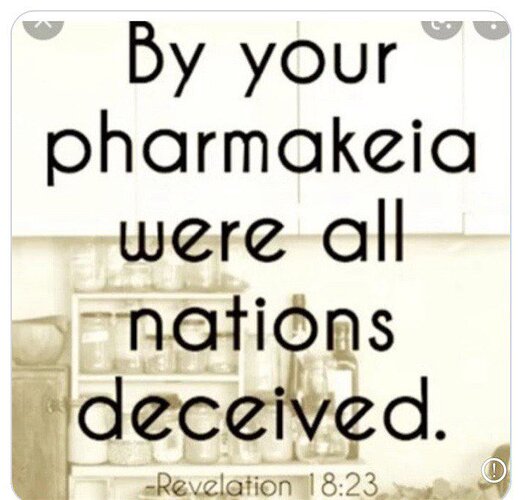 Well I didn’t expect Dr Campbell would make a 1984 comparison with today’s media. 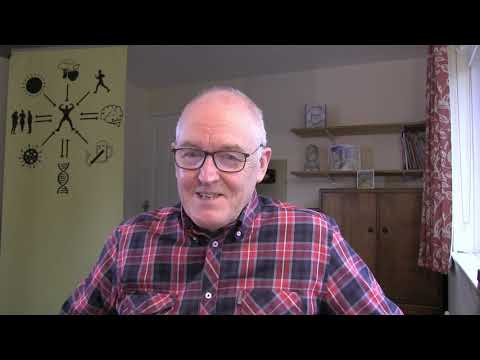 The irony is that the “fact checkers” are all minimum wage + $5 unemployed(unemployable) liberal arts grads and are paid for by internet billionaires with zero background in any hard science.

The BMJ was either “fact checked” by arts grads paid for by the one of the guys who made his money from EBay or else “certified” by a organized paid from by the guy who single-handedly destroyed 90% of the US newspaper business. Craig Newmark of craigslist fame. A typical US big city newspaper back in the 1990’s made about $1.5K profit per reader per year just from the classified. Most of their profit. All gone. Now Craig is a very nice guy, you see him around all the time in Cole Valley in SF, having coffee on Cole St etc, but he is not the brightest spark when it comes to politics or the wider world. Not a clue. So his politics is typical SF virtue signalling but completely uninformed. 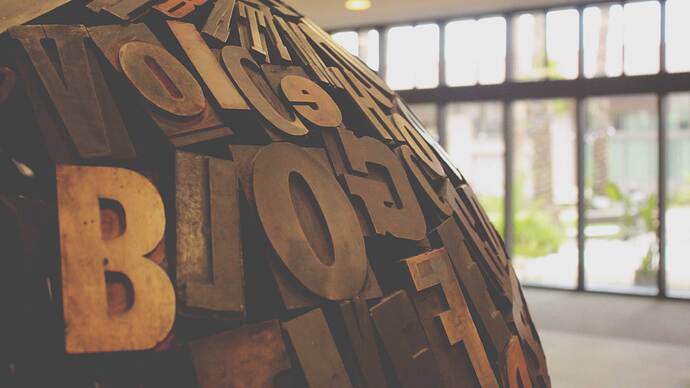 The Ebay guy on the other hand is very much a total prick. Thinks he is some kind of genius whereas in fact he just got lucky. Very lucky. So very much a dot com billionaire asshole.

Thats who is bank rolling the “fact checkers”.

Never a wrong time to step off the