More of the same, seems like they’re trying to get at least one a day in the headlines to maintain the pressure on the unvaccinated by upping the fear in their vaccinated friends and assisting peer pressure. 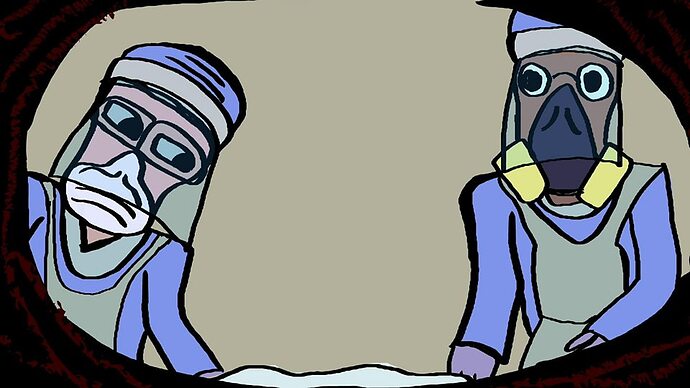 Animation student Oliver Pratt was just 20 when he fell severely ill with complications following Covid-19. This is his story.

Nevertheless, Woolhouse said vaccinations will still be “very, very good” against the variant. He told the BBC:
Vaccinologists and immunologists think that this variant won’t evade the vaccines entirely.

It’s important to remember that against the Delta variant, which is a different variant, the booster vaccinations have turned out to be very effective, well into the 90% protection against infection but also against disease and putting people in hospital.

So, even if the vaccines were slightly less effective against Omicron, they would still be very very good.

This is quite clearly, based on the evidence, a false assertion by a leading UK Scientist.

Given that infection rates for vaxxed 40 to 70 years old English people are double the unvaxxed it is impossible that vaxxing gives 90% protection against infection for Delta. If it did we wouldn’t be having a booster campaign. Vaxxing has negative efficacy after a certain number of weeks

Good propaganda has an elements of truth around which a scaffolding of lies are built. It’s maybe true that after the optimum 3 week period after 2nd vaxx and for a few weeks there was a 90% efficacy. But it diminishes to negative efficacy.

Goebbels would be proud of the NPHET propaganda machine, Heil Holohan.
Speaking of lies,

The Taoiseach has said that it is now known that people who are not vaccinated against Covid-19 have had a "disproportionate" effect on Ireland's health service and intensive care beds.

Don’t listen to your GP. Sorry Denis you’re not accurate. You’re the one “messing”

‘Be respectful’
Meanwhile, chairman of the Irish Medical Organisation’s GP committee, Dr Denis McCauley, told Newstalk Breakfast that there were very few no-shows to booster appointments at GP surgeries, because people know their GP personally.
Now was not the time for “messing”, he said in relation to people failing to attend their appointments at vaccine centres.
“If you get a vaccine appointment, make sure that you go there rather than getting your hair done or going shopping – or if it is a work thing, stay on the helpline to get a new appointment.
“Be respectful of the mass vaccination centres. These are people who are working very hard and it is very disrespectful to have over 80,000 people not turn up in one week. It is not appropriate. You wouldn’t do it to your GP so why are you doing it to these healthcare workers.”

There was also a concern that some people were waiting to see what happens with the Omicron variant before getting their booster. Dr McCauley said that the booster would greatly reduce the chances of picking up the virus or having to go into hospital
Dr McCauley said there needed to be “a call to arms” for people to get vaccinated and he warned that when more information about Omicron emerged, booster appointments could be harder to come by. 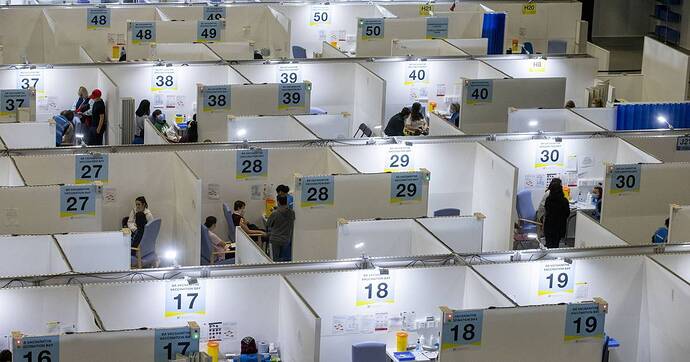 Martin ‘one of fairest people’ in politics, says Varadkar amid row over...

Update - her Twitter is very stark. Two jabs has zero effectiveness against omicron

Don’t believe a single word the government or the media tell you. Not one word. pic.twitter.com/xZsR73y0GF

Always grab anything you think is about to get whacked but the AI and/or thought police! 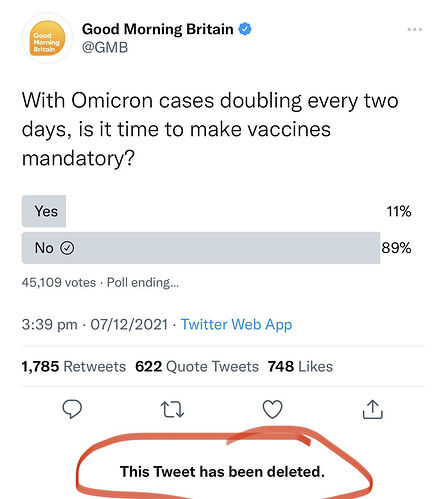 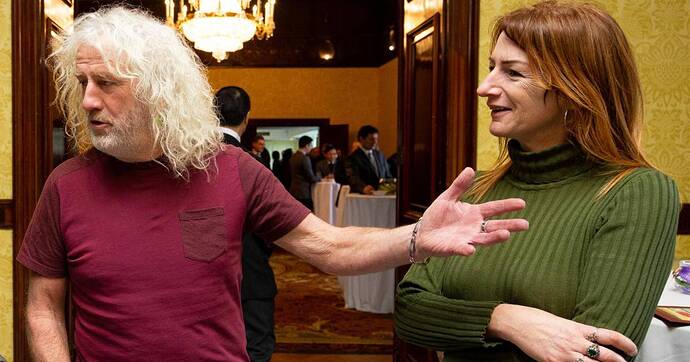 Kathy Sheridan: Wallace and Daly are a national embarrassment

The Irish Times is beyond a joke at this stage - Kathy Sheridan is at the level of Northside / Southside News. Other “opinion writers” Roisin Ingle (My unvaxxed relative is coming to stay arrrggh), Brianna Perkins (sure Ireland’s great craic) etc etc it’s at the level of a parochial parish leaflet selling what - 40k/50k copies? A quick one min scan in the morning is more than sufficient.

That GMB poll is like Brexit condensed into a single day.

This also belongs in the lying thread. We know from the Sandra Ciesek study yesterday that boosting gives a fraction of the protection against Omicron than it did against Delta 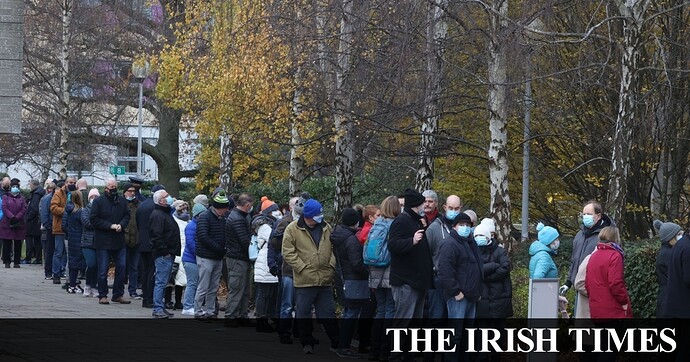 Covid-19: Everyone should get a booster shot after three months, O’Neill says

“I would boost everybody three months after the second shot. The UK is doing that - they’ve lowered the gap to three months. Why don’t we do that? The boosters are so effective.”

Speaking on Newstalk’s Pat Kenny Show, he said there was growing evidence that boosters “super charged” the immune system offering very strong protection against the virus. 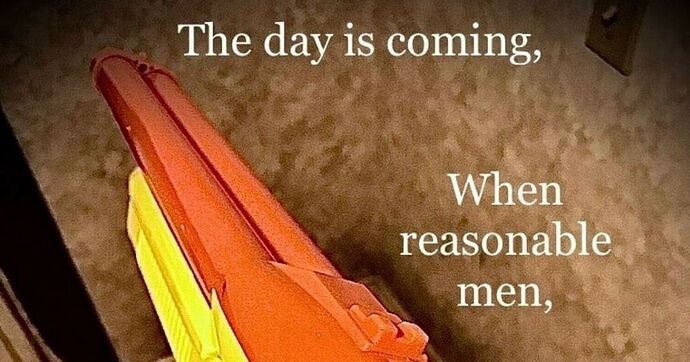 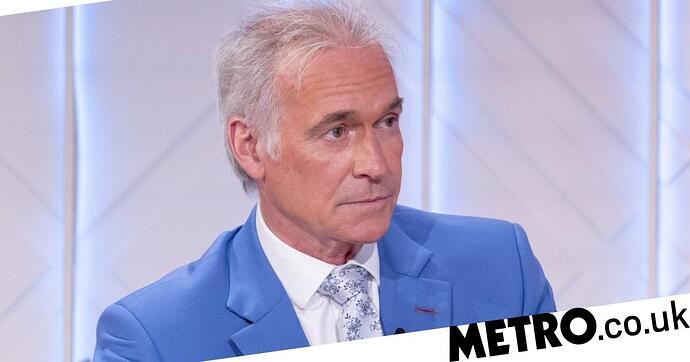 What a headline from the Regime, you should know how deflection works at this stage, bask in the glory of their predictable and transparent desperation, and know the end get a bit closer with each lunge from the creeps: 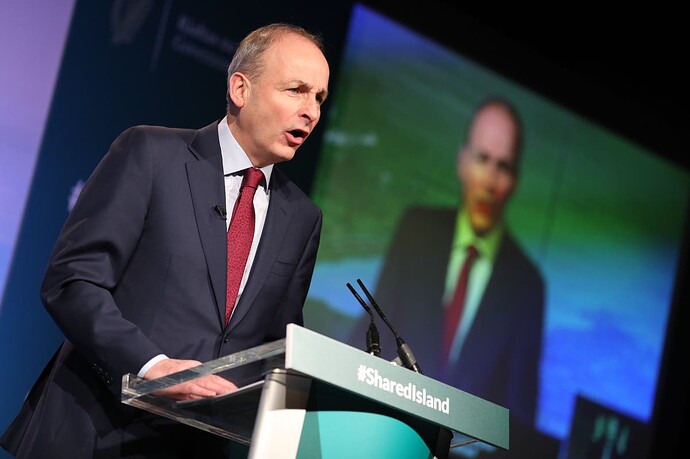 Taoiseach apologises to people turned away from vaccination centres

Ignore the anti-vaxxers preying on your fears. Vaccines and boosters remain our best chance at normality resuming

We need to talk about vaccines. There’s so much misinformation out there. I get it. Anti-vaxxers are attempting to frame breakthrough infections as vaccines not working, which is confusing people. But I know not everyone who has questions is anti-vax so I’m gonna attempt to explain why, if you haven’t been vaccinated or if you’re eligible for a booster, you should grab one with both hands.

Vaccines are safe. Far, far safer than Covid-19. That isn’t to say you mightn’t get some mild side effects (many people feel sick on antibiotics; it doesn’t mean they aren’t great drugs) it just means the risk of getting serious side effects is miniscule and the benefits of avoiding Covid-19 are huge. The more widespread the virus is, the greater the risk of you catching it, so there’s an extra benefit to being vaccinated during a surge. These are facts.

The rest is behind paywall, but the opening line, the publicly viewable paragraphs, absolute screamer, this is marketing 101 speak, in a time of WAR, propaganda, and it’s purpose is to defeat you, all the way up to death, if that’s what it takes.

At this late stage of the game, I find it surprising that with so many fully vaxxed people getting COVID that there are not more asking questions?

As the video I posted earlier stated, herd immunity is likely to be achieved when Omicron sweeps through the population over the next couple of months.
But unfortunately, there will be a small percentage that will require hospital treatment (less severe than previously), the percentage being far smaller than in previous waves but large in number as case numbers fly off the scale.
So we can expect to see real panic in about a months time, despite the fact that almost all will have mild symptoms vaxxed and unvaxxed alike.

How will they spin that fact!

That majority are not in a rational state of mind.

Through every arsehole of the global media matrix

Designed to prevent a moment of clarity and rational insight.

Keeping the person in that irrational place for maximum manipulation and mind control potential.

You’re not in Ireland anymore, or where you thought you were before all this began, but you decide if I’m trying to mislead you… but, surely at this stage, you can at least feel what is coming?

For the last couple of weeks I’ve been away in one of the few countries left where you don’t need an injection for entry and Covid only exists on the odd government poster you see on roadsides or official buildings. I haven’t seen a blue mask or yellow and black sign since I walked out of the arrivals terminal. About three hours later after a stroll around the completely normal city centre heaving with people it became 100% clear to me what’s happened to Ireland-it’s now a giant cult compound. That’s not an analogy or hyperbole or trying to sneer at the public; it is my rational considered analysis.