But is it all fake news ? There were 19 road fatalities in County Dublin in 2019. It looks highly likely that there were ZERO sober pedestrians killed by cars in Dublin city in 2019. And this is actually about Owen Keegan losing his nerve on his morning commute. 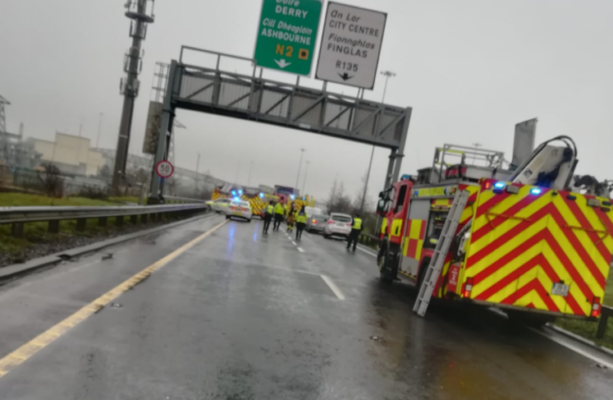 Gardaí appealed to the public not to share images of the crash site online. 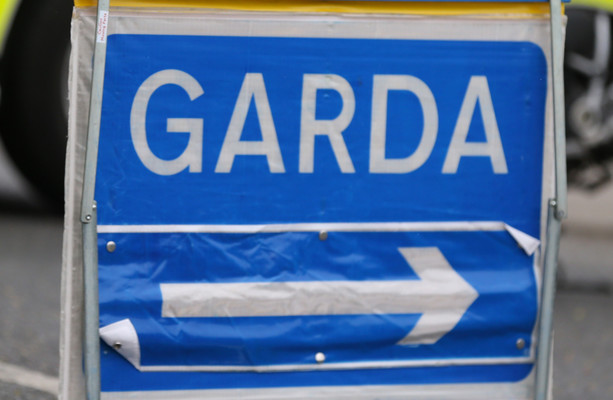 The collision happened at 10am this morning. 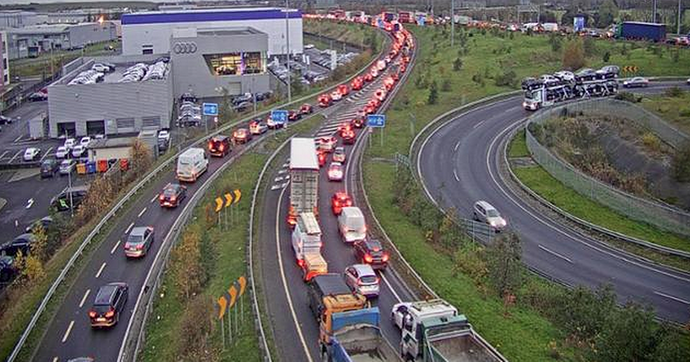 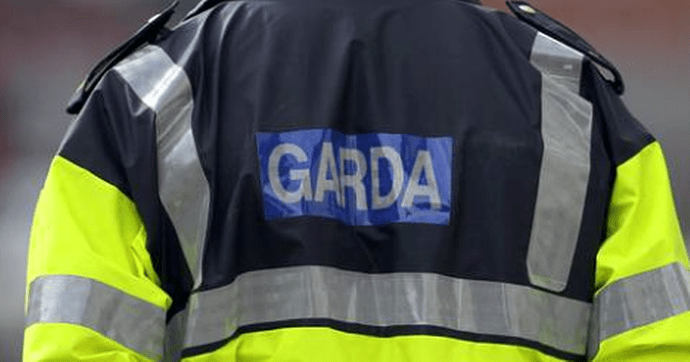 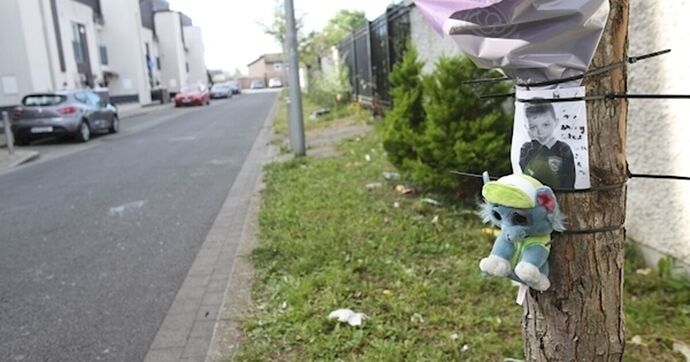 A seven-year-old boy was knocked down and killed by a street cleaning vehicle in Ballymun.

-1 pedestrian killed by motorcyle in Artane in August 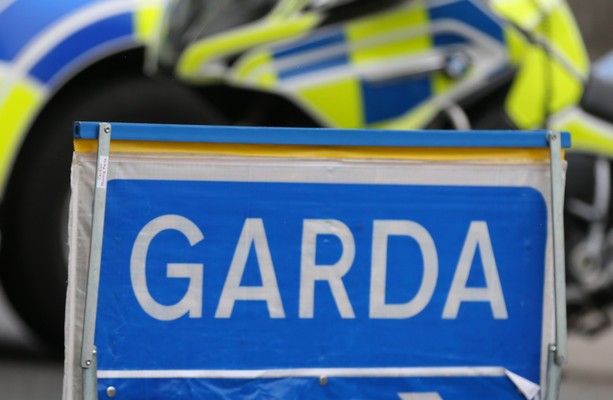 Pedestrian dies after being struck by motorcycle in Dublin

Gardaí are appealing for motorists travelling in the area who have dash cam footage to contact them. 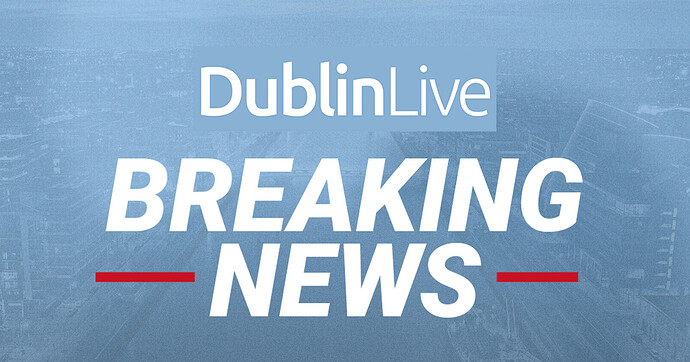 The motorcycle collided with a car 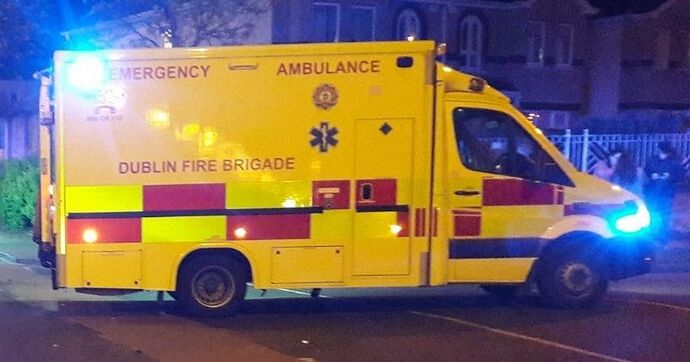 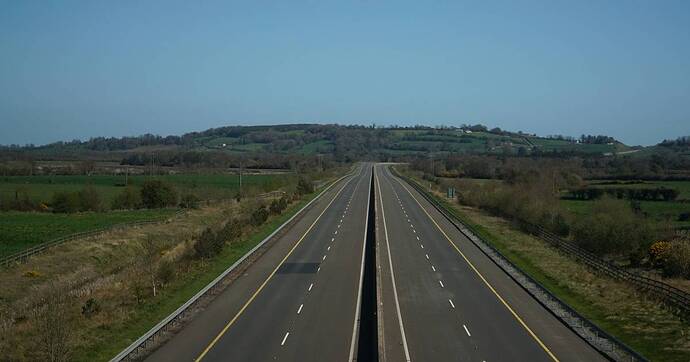 One Change: The growing case for an 80km/h motorway limit

A speed limit is fairer than a fuel tax, which affects the less well-off to a greater degree

All the speed limit reduction would do is make the long commute even longer!

Back in the Carter years they dropped the speed limit on all US interstate freeways to 55mph. To save oil was the explanation given. And save lives. The actual saving on oil consumption was so low as to be unmeasurable and the decline in freeway accident deaths just followed its normal downward curve due to safer cars and seat belts. Nothing to do with speed.

The net result of the law however was everyone still drove at 70mph plus ignoring the law. And once people get used to ignoring one traffic law the rest were pretty much ignored as well. In the early 90’s the utter stupidity of the situation was finally accepted by the Feds and the speed limit was changed back to 65/70/75, at a states discretion. Result, people now drove in or around the speed limit and people now followed the other laws as well. Freeway traffic was actually driving a little bit slower and a lot lot safer.

Now the one group who were not happy with the higher speed limits were the counties and cites that made a huge amount of money off speeding tickets. Most police depts ignored speeders until they 15/20 over the limit. Or driving like dickheads. But some small cities and rural counties were notorious for writing tickets for people doing 56mph on the freeway. The moment you crossed city / county lines. King City in California had the worst reputation for this scam. The 101 freeway passed through about 10 miles of the city PD dept jurisdiction. so there were always city PD cruisers in hiding about 1/4 mile past city line. Often two. Waiting to write tickets for people doing 56mph or above. And if you were doing 55 and no traffic around, often the case, they would tail you for miles just out of sight waiting for you to speed up again. The moment the speed limit was raised, the city PD speed traps disappeared. Even today, when the limit is 70, I still find myself scanning the usual hiding spots by the freeway for the King PD cruisers for the first five miles over the county line. Even though I’m just doing the limit. You never see them now. I think I’ve seen one traffic stop in the last twenty years. Before they raised the limit it was two or three in 10/15 mins. Every time.

The “emergency” speed limits were actually introduced in 1974 (several years before Carter became president) as a result of the oil crisis, when the US suddenly realised that they were dependant on Saudi Arabia to make up the shortfall until Alaska came on stream a few years later. 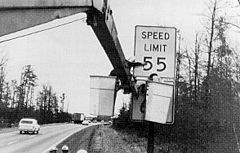 The National Maximum Speed Limit (NMSL) was a provision of the federal government of the United States 1974 Emergency Highway Energy Conservation Act that effectively prohibited speed limits higher than 55 miles per hour (89 km/h). It was drafted in response to oil price spikes and supply disruptions during the 1973 oil crisis and remained the law until 1995. While federal officials hoped gasoline consumption would fall by 2.2%, the actual savings were estimated at between 0.5% and 1%. The l...

Yeah, your right. It was all Nixons fault…

I think 1979 stuck in my mind because I think there was some kind of 5 year term in the original bill and Carter signed off on making in permanent. I know Carters name came up every time they talked about getting rid of it. One of those no Federal Highway Funds for states that are naughty. Montana (or was it Wyoming) got around that by flat $20 speeding tickets. But you had to be going very fast in the wrong place to get a speeding ticket in that state. Or having out of state plates. I heard of a guy who got a $20 ticket for doing 110. He mainly got the ticket because the state trooper who pulled him over told him if he was too dumb not to slow down when he saw the police cruiser then he was too dumb to be driving at 110.