Fancy a game of cards?

For some time I have wondered are many pinsters aware of the existence of what is a most fascinating and controversial card game that has been around since the early 90’s it and even earlier, based around and containing all manner of ideas that still seem highly relevant to this world. Yet I don’t seem to recall it’s appearance on the pin ever as often occurs all across the web. Often it is posted or referenced in light of a recent or historical event or to point out broad themes being pushed or put into action, as are perceived in daily life when they feel it illustrates the point more succinctly.

So here it is…

Illuminati is a standalone card game made by Steve Jackson Games (SJG), inspired by the 1975 book, The Illuminatus! Trilogy, by Robert Anton Wilson and Robert Shea. The game has ominous secret societies competing with each other to control the world through sinister means, including legal, illegal, and even mystical. It was designed as a “tongue-in-cheek rather than serious”[1] take on conspiracy theories. It contains groups named similarly to real world organizations, such as the Society for Creative Anarchism and the Semiconscious Liberation Army.[2] It can be played by two to eight players. Depending on the number of players, a game can take between one and six hours.

ILLUMINATI
It’s very strange. Illuminati, Steve Jackson’s card game of conspiracy, subversion, and world conquest, has grown immensely popular since its publication in 1982. Sales are strong, nearly every gaming convention has its Illuminati tournament, and the game has become firmly ensconced in the annual Games magazine “Games 100” list – the editors’ 100 favorite games.

Funny thing I have that book but I never got around to reading it and now it’s in storage. Ok so let’s have a quick peak at some infamous cards.

Intersting … here’s one for the pinster that I hadn’t seen till writing this post.

I think this one made me pay more attention…

This one is also very topical.

This site probably among many has the entire set. I’ve used a search engine to find various links, so t’s all rather random. I do not condone any linked site. All links are linking images to showcase.

Now you know know it exists if you did not. You might begin to find it every where.

I have to admit, these guys: 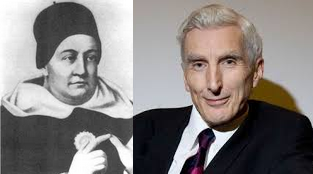 … are the spit of Daryl Hall and John Oates (who are presumably being hung for offenses against 1980s pop music): 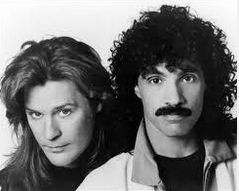 I’ve still got these on my desk in work.

I’ve still got these on my desk in work.

Presumably this is contender for a picture card in the deck:

Presumably this is contender for a picture card in the deck: 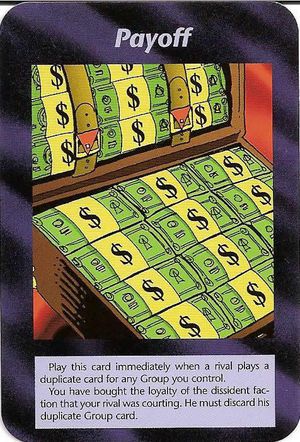