I think it deserves a thread of its own. Imagine trying to explain at the time to the men storming the D-Day beaches, or the World Cup winning team of 1966 that this is where the Left Wing Internationalist project would lead

Sodomy was never considered important to football. It just never came up. Only a tiny number of gay men were interested in football But Liberals have successfully made it vital. 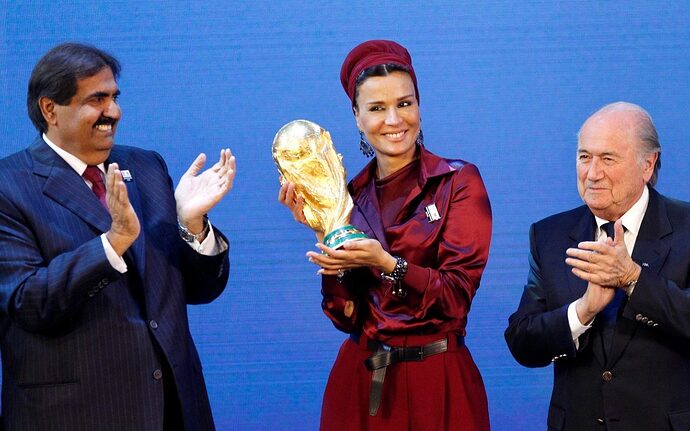 The great World Cup virtue-signalling race has begun – and fans are already...

Australia, whose players have put out a video lamenting the inability of Qatar’s LGBT community to “love the person they choose”

the United States have replaced the red, white and blue in their logo with the full spectrum of colour,

England have landed aboard a Virgin Atlantic aeroplane christened “Rain Bow” – albeit in print so small that you would need a long lens to see it. Is this truly how the next month must unfold? With a circus of cosmetic protests, empty rhetoric and “OneLove” armbands?

@Open_Window - I take it OneLove is actually pre-programming for a pro-paedophile lowering of the age of consent for gay sex to 12?

The USMNT is incorporating the rainbow flag in their logo at the team’s practice facilities in Qatar for the World Cup.

Where Harry Kane is hailed as a hero for donning one, Lloris is widely denounced as a traitor for refusing to follow the herd. “Homophobia is not a cultural trait or an idea,” lamented Charlotte Minvielle, of France’s Green Party. “Lloris, this is a lack of respect for human rights.”

You get the gist.

The English fans have arrived at Qatar. Great to see them in fine voice and behaving themselves with narry a beer in sight

RTE acting as enforcers for the globalist rainbow religion and doing their best to stir up an international incident over the armband issue.

Agreed. But with the under 40s in Ireland it’s important to keep in mind: there is no “moral majority”. They really are this pozzed. The propaganda has worked. They’re convinced. 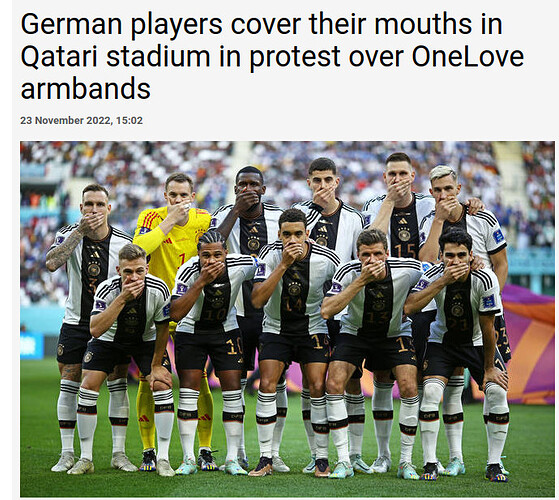 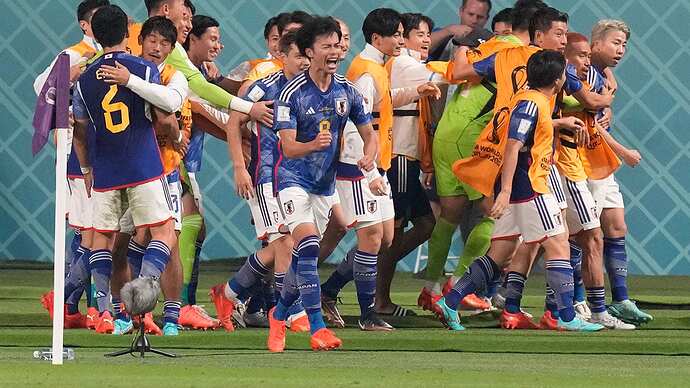 Japan pulled off a massive upset in their Group E matchup on Wednesday, defeating Germany 2-1 and putting the Germans on their heels.

Utterly arrogant Denmark to Fifa: You’re not being gay enough

I think there’s a sadness to this too. Progressives (Transgressives) are not going to let anything be unprogressive ever again. The “Culture War” has become a Total War

Note the absurd English stance, “this isn’t political”. When they’re campaigning for policy changes to how a country is run. 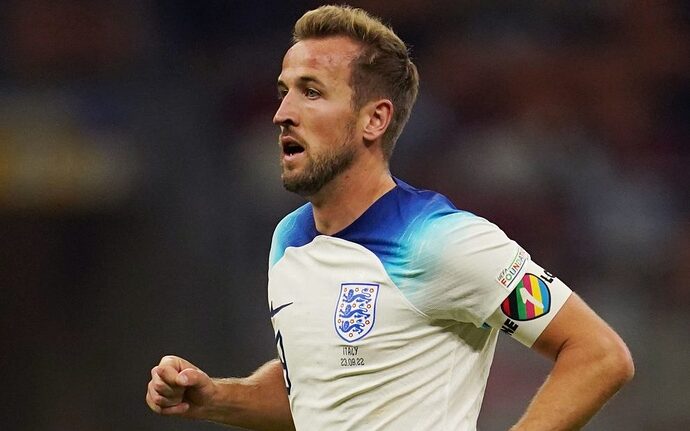 England consider legal action over One Love armband as Denmark threaten to...

The head of the Danish Football Association has said he wants talks with other European nations over withdrawing from Fifa amid the growing row over the ‘OneLove’ captain’s armband.
In a major escalation of the toxic stand-off, DBU president Jesper Moller also confirmed he would not vote for Gianni Infantino to be re-elected head of the game’s world governing body.
Speaking about the row at a press conference in Qatar, Moller raised the prospect of his association and others taking the nuclear option of leaving Fifa.

He said: “It is not a decision that has been made now. We have been clear about this for a long time. We have been discussing it in the Nordic region since August.

“I’ve thought it again. I imagine that there may be challenges if Denmark leaves on its own. But let us see if we cannot have a dialogue on things.

“I have to think about the question of how to restore confidence in Fifa. We must evaluate what has happened, and then we must create a strategy – also with our Nordic colleagues.”

He added: “There are presidential elections in Fifa. There are 211 countries in Fifa and I understand that the current president has statements of support from 207 countries. Denmark is not among those countries. And we’re not going to be either.” 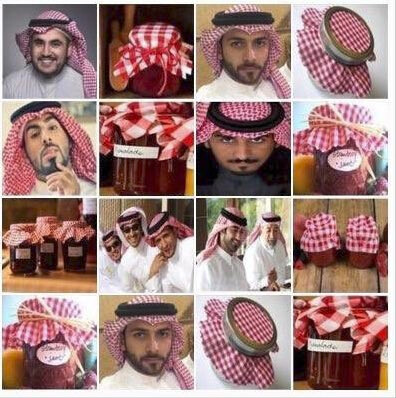 I got a couple wrong. 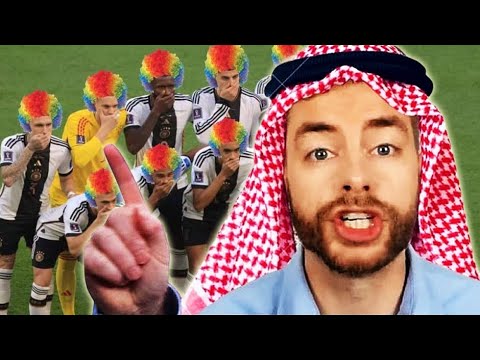 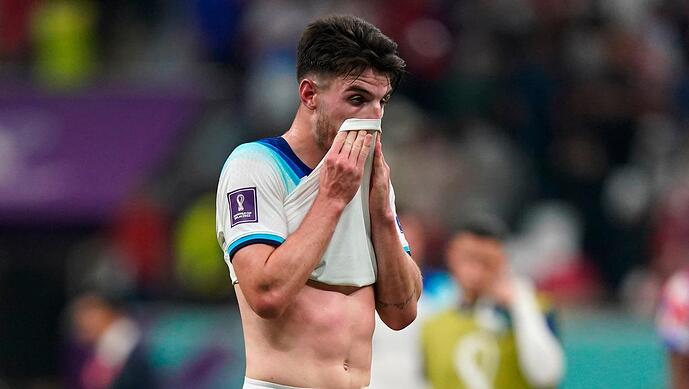 Boos greeted the final whistle as England blew their chance to qualify for the World Cup knockout phase with a match to spare in a turgid 0-0 draw with the United States.

Remember. Diversity and taking the knee is our strength.

Wales may not have performed well on the pitch yesterday, but their fans win the song contests.

Irish nationalists and Irish language enthusiasts could take a leaf out of this book. (Yes, there are the token dancing migrants to keep PC plod happy)

A message anti Irish Fine Gael, Fianna Fail and Sinn Fein will not get. Their senses numbed

Diversity is once again the strength.

Thank God they are giving out taking part medals.

Hadn’t realised Canada is now an African nation. Barely a white man outfield on the pitch against Croatia.