Hold the leafleting monday next and go here instead

Dep Fahey said the meeting will be of interest to those buying their first home and is an opportunity to ask questions and find out about it.

The mortgage manager will advise on the availability of mortgages terms and conditions including payment costs. A property expert will make a presentation on the best value available in the first time housing market in Galway city and county.

The property expert in question is possibly Liz O Kane

Dep Fahey said he hopes to provide people with a number of sample packages based on mortgage repayments and interest relief in a number of specific locations in the city and county.

Details of the new affordable housing scheme where the Government will take an equity stake in new houses will also be available at Monday’s information session.

Frank must be feeling the chilly economic drafts blowing through his 40 house property portfolio .

2pack will be there, yes siree

I shall be away from Galway that day

On top of a large pile of (your) money, with many beautiful women

I’ll see you there 2pack

I shall be there too

I’ll be there too. Lets co-ordinate lads

We should really go armed with some leaflets to place strategically around the place.

We should really go armed with some leaflets to place strategically around the place.

Definitely. Meeting in Bar 8 or somewhere anyone?

Yes- and we can watch City stuff Newcastke after it

TDs paid a minimum wage of €100,000 are missing an average of one-in-five Dail votes – a basic part of their job.

Ahead of the return of the Dail on Wednesday, figures compiled by the Irish Independent reveal TDs take a lax attitude to the law-making which governs the country.

Taoiseach Brian Cowen takes voting by his backbenchers so seriously that he warned TDs about turning up.

The list of TDs with the worst voting records includes Fianna Fail backbenchers Jim McDaid, Frank Fahey and Ned O’Keeffe. A number of Cabinet ministers and junior ministers are frequently absent but this trio are the only TDs on the Government side who did not have officially duties taking them away from the Dail.

If it was a Saturday or Sunday I’d make a visit to my old stomping ground. But as it is I’ll have to give it a miss due to time constraints. Best of luck though!

This man is the ‘poster boy’ for what is wrong with this country. He personally (potentially) out bid up to 40 FTPs in order to build his property portfolio. No doubt countless others were priced out of ‘the market’ by his greed. These are the very people that he is trying to sucker into this hair-brain scheme!

Action has to be taken. I am willing to help.

We should discuss options off-thread. Mods perhaps you could give us a password protected thread??

Frank must be feeling the chilly economic drafts blowing through his 40 house property portfolio .

Sadly neither Frank NOR the Government are paying the bill for this invaluable event according to one of my sources.

The room has been seemingly booked by property/mortgage professionals and Frank is there as a headline act only .Knowing Frank he will charge them a very handsome fee and expenses.

I see that these “mortgage experts” were very quick to get on the bandwagon.

Sadly neither Frank NOR the Government are paying the bill for this invaluable event according to one of my sources.

The room has been seemingly booked by property/mortgage professionals and Frank is there as a headline act only .Knowing Frank he will charge them a very handsome fee and expenses.

I’d say there’ll be loads of media there. MMMMMM…opportunities abound…

Is this the same Frank Fahey who is a share holder in McInerney Properties???

Part of his portfolio are 2 apartments which are located in a SUBPRIME development E-glinton Court (beside McSwiggans) in Galway City Centre where I am renting for a the last 2 years, the developer (property mogul Ricky Byrne) never handed over the management company to the apartment owners and all the apartment owners for years have stopped paying the management fees so very little is done in the way of maintenance, except them taking away the rubbish and cleaning the stairwell once a week, also the lift is out of service apparently for years so i have to carry my shopping up 6 flights of stairs and one of my friends who is confined to a wheelchair cannot come up to visit, loads of drunks and drug users hang out in the stairwell all the time (security doors are broken so anyone can gain access), making it dangerous to return home by myself at night, I am dreading “Rag Week” when there can be easily up to 60 or 70 drinking in there.

So much for having a politician as a neighbour! 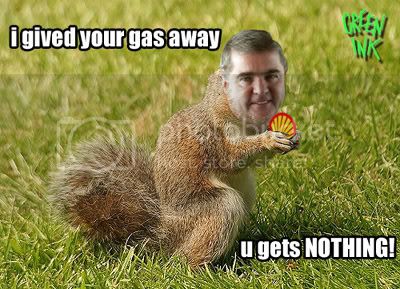 Let’s keep the discussion to housing, not gas, please.