We wouldn’t be landed with the North over night. It’d be a slow handover from the Brits.
There’d be EU money pumped in, cash from the US.

And yes, taxes would go up in the South. But so what. How many of the 30 generations or so that preceded us (since we were first taken over) would have given their right arm for such an opportunity?
It’s a small price to pay for the reunification of our country.

Fair enough. Another poster said that if immigrants “see that unification could increase taxes, they’re more likely to vote against it.
They will not see any benefit and will not have any interest in the historical reason for unification.”

Assuming those immigrants that can vote…

But if the cost is largely mitigated by others, than that should work out just fine.

Vladimir Lenin once said “there are decades when nothing happens and there are weeks when decades happen” - this was one of those weeks. We explain what has happened, we explain what the Sinn Fein vote is not, and what it is. Why it could be positive...

Of course we also need to start talking about reparations for colonisation and famine as a weapon. That needs to be factored into all discussions on financing. 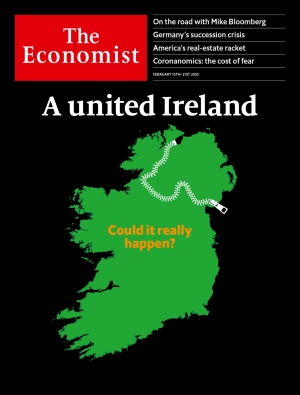 The Economist offers authoritative insight and opinion on international news, politics, business, finance, science, technology and the connections between them.

The problem is that quite quickly the ROI has switched from being a nation to a “populated space”. The globalist ideal is that it doesn’t matter and all sorts of peoples from different cultures, backgrounds and ethnic groups have been deposited here to our alleged immense benefit.

We, the people of Éire,
Humbly acknowledging all our obligations to our Divine Lord, Jesus Christ, Who sustained our fathers through centuries of trial,
Gratefully remembering their heroic and unremitting struggle to regain the rightful independence of our Nation,
And seeking to promote the common good, with due observance of Prudence, Justice and Charity, so that the dignity and freedom of the individual may be assured, true social order attained, the unity of our country restored, and concord established with other nations,
Do hereby adopt, enact, and give to ourselves this Constitution.<

Are supposed to make any sort of sacrifice for nationhood ?

We already have a nation, do we not?
I’ve written because about my personal exercise of people absorbing another’s culture which is fairly extensive.

Also, immigrants didnt initiate the referendums, and more to the point, the referendums were won with substantial majorities and are in the past. There is no declared war here…
Finally, we need an irish reunification thread.

The social order and referenda link just was part of preamble and stood out as something our constitution was trying to assure, and yes while migration can’t be blamed directly, it surely had a contribution. But yes, I think that it’s interesting that social order was prioritised because the repeated referenda are in my view a war against it, by a childish populace pretending that its more wise than it’s ancestors.

“The rich rule over the poor, and the borrower is slave to the lender .” 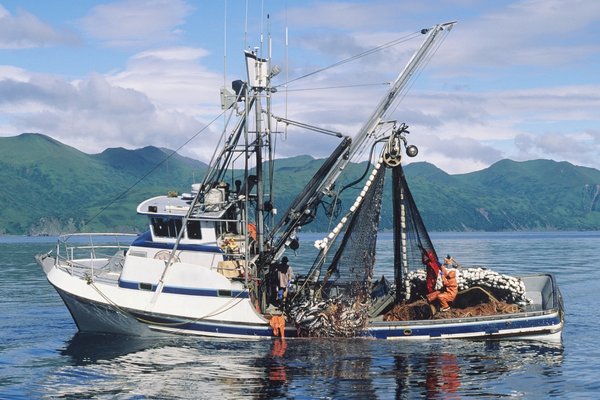 Always I dont know of any nation that has a static constitution. Secondly we have changed our constitution repeatedly since independence.

Was that all wrong?

But this ignores the fact that, just as the process that you outline has been part of a deliberate strategy not just in Ireland, but globally, there is now palpable push back against same, again globally.

Within the Irish context, to hop aboard this particular ideological movement by way of taking a stance on one side every one of the culture war issues of the past 40 years, was to also make a statement about oneself to the effect that the individual was an outward looking, forward thinker who rejected what was the supposed accepted misery of an Ireland stated to be under the yoke of imposed clericalism and economic penury. The success of this approach was such that people who came of age in 1980s Ireland have convinced themselves that they were born in a 3rd world country and that everything that ocxurred pre 1990 is somehow evil.

The fact that living standards were relatively high in global terms simply highlights the parochialism of this outlook that was little more than a weaponised power grab by such persons who fully bought into the globalist mantra (and who generally did quite well out of it). In political terms the Repeal referendum was to have been their coronation (it may actually prove to have been their high water mark). The fact that their new proto liberal Ireland has reestablished tenement slums and removed basic security of tenure (both of which had been eliminàted by the time of the supposed horrors of the 1980s) from much of the population appears lost on them. Its simply given that the past was evil and that they are some manner of chosen people who have delivered Ireland into the promised (globalist) land…30 years after it occurred in their peer states of the EU.

Their problem now however is that their form of proto liberal globalism is in retreat everywhere else. And that to protect what they have created on the island of Ireland will require them seeking to insulate the State (ironically enough) against outside influence. Its hard to see how this may be achieved over the medium to longer term in a society with a clearly identifiable vehicle for the channelling of nationalist sentiment in the form of the Brexit process. Indeed, they themselves
(inclusive of many of the proto liberals who have gone quiet on this site of late) engaged in months of stoking of such nationalist sentiment last year around that same Brexit process. Theyre now (since last weekend) hurriedly trying to put the cat back into the bag but its likely too late.

Typing on the phone, I’m sure you understand.

The exit poll was clear.

Its health and housing that drove the election.

Ireland stated to be under the yoke of imposed clericalism and economic penury. The success of this approach was such that people who came of age in 1980s Ireland have convinced themselves that they were born in a 3rd world country and that everything that ocxurred pre 1990 is somehow evil.

Well there’s a lot in this little clause IMO

I didn’t follow the David Cullinane story. But I can bet you that him singing up the Ra was not as annoying to some as announcing ‘we broke the Free State’. A good way to trigger Fine Gaelers is to say ‘Ireland is a failed state etc’

Ireland really was priest ridden. The faith was very po-faced and full of piety, rather than logic and reason.

It’s usually portrayed like that in the movies. But, IMO it’s not entirely true. The history is very complex and there’s many aspects. In many ways the Church has been a champion of logic and reason.

Back me to shut out Sinn Féin, Martin urges Fine Gael

Fianna Fáil leader Micheál Martin has ramped up the pressure on Taoiseach Leo Varadkar by saying he would enter government-formation talks with Fine Gael.

Either this goes through or we’re looking at a second election I think.
Varadkar can’t say no, and then resist pressure to to go the polls again.

In a second election however, all that SF can hope for is to try increase seats at the expense of FG and FF, and they could get maybe 5 or 6 more perhaps? But still which leaves FG and FF worse off and even less inclined to go onto power with SF, or each other.

Most likely we’re looking at a FF-FG coalition, plus independents, which won’t last 5 years…

It’s usually portrayed like that in the movies. But, IMO it’s not entirely true. The history is very complex and there’s many aspects. In many ways the Church has been a champion of logic and reason.

Not down my way, it wasn’t. Awful corruption. We actually once had a well-respected priest who complained, and found himself exiled to the missions, which upset of lot of local people.