When did Pink News become part of the MSM? I’m sure they are horrified by your categorisation.

When did Pink News become part of the MSM? I’m sure they are horrified by your categorisation.

MSM makes you go blind. It is true. It really is true. 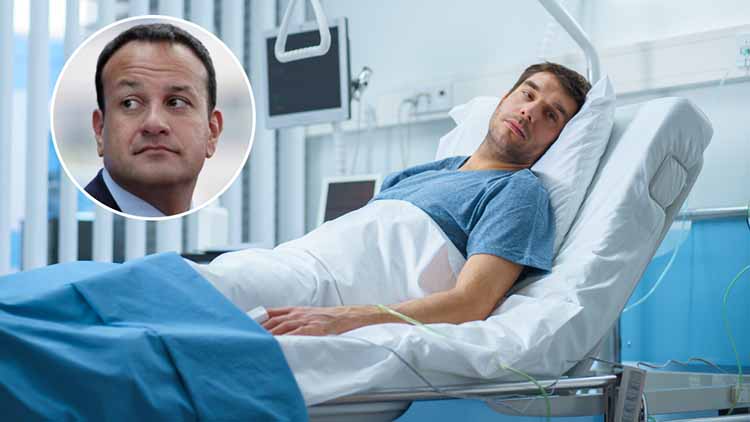 THE FAMILY of a normally staunch anti-Fine Gael man have spoken out after he tested positive for a number of pro-Varakar thoughts in recent days, warning others to keep an eye out for similar symptoms. "It …

Sources said one of the proposals being discussed is trialing a State childcare scheme in certain areas of the country, initially focused on community childcare providers.

Recent weeks have seen the State commit to paying the wages of childcare workers because of the coronavirus crisis, effectively nationalising the sector temporarily.

However, it is understood that a “pathway towards State childcare” is among the issues being discussed by Fianna Fáil and Fine Gael.

Carlow-Kilkenny TD John McGuinness said that the document had “something for everyone” and said the only thing that seemed to be missing was free “WiFi and Netflix” and said it would be supported by every TD in the Dáil.

It actually boggles the mind how anybody in either party could think any of this is a good idea. Leave aside, for a moment, the question of leaving the opposition benches clear for Sinn Fein, and look at the document itself. It shouldn’t really even be seen as a blueprint for Government, because that’s not what it is. Nobody believes any of this nonsense is achievable. What it is is a blueprint for the opposition.

Sinn Fein TDs, and those from smaller parties, will be quoting this bullshit back at FF and FG for the next five years. You can see it now – Mary Lou on her feet on budget day, waving it around at silent government benches. “No tax rises, Taoiseach, no welfare cuts, that’s what it says in here – that was a lie, wasn’t it?”

Who voted for this?

Not much memory if any or instance of this debated or given any kind of rigours outing in the media during the GE.

Its manifesto said it would work to identify “appropriate legal pathways” for the undocumented to regularise their status.

Many others work in essential sectors like construction, agriculture, food production and retail, according to Neil Bruton from the MRCI.

The MRCI has proposed a scheme that would be open for a six-month period with any applicant having to prove they have no serious criminal conviction, that they have been resident in the State for three years, or two years if they have a child or dependant, and be able to show evidence of employment or a job offer in an area which has a skills shortage.