Hmmm… The International Rescue Committee… I wonder whether that’s a CIA fro… of course it fucking is. 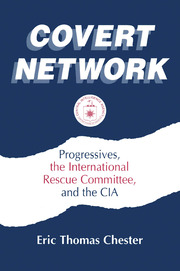 Covert Network: Progressives, the International Rescue Committee and the CIA

This book tells the story of the International Rescue Committee (IRC), the largest nonsectarian refugee relief agency in the world. Founded in the 1930s by socialist militants, the IRC attracted the support of renowned progressives such as Eleanor...

While Australians were told they shouldn’t even talk to each other under COVID lockdown rules, police officials in Sydney held an office party to celebrate the LGBT community. 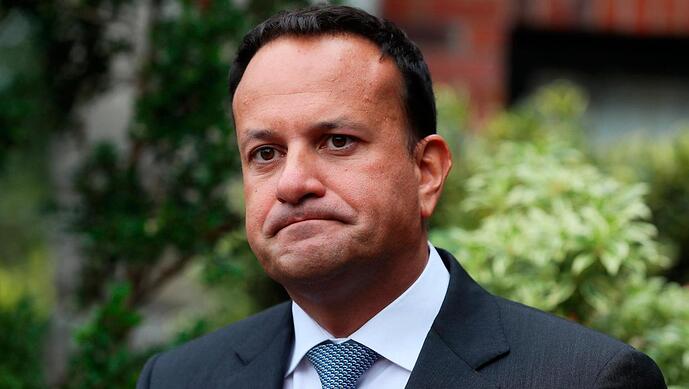 Tanaiste Leo Varadkar is facing criticism tonight after a photograph emerged on social media showing him at a music festival in London on the very weekend Electric Picnic was cancelled in Ireland due to the government’s Covid-19 restrictions.

If Leo wasn’t LGBT he would have been sacked a long time ago, different rules.

So not in this together then.

A photograph surfaced from a boxing match in San Francisco. Among those attending were several high-ranking public officials—all unmasked and having fun.

“The photograph went national. Americans were shocked to discover that the people making and enforcing the rules had no intention of following those rules,” Carlson said. “Mask mandates across the country ended shortly after. The public was willing to endure inconvenience, but not hypocrisy.”

Ah yes, but they were shooting people who did not wear masks in SF back then…

Although I think the shooting might have a back story. Some previous run ins between the parties.

Agreed. Our society turned gay sex into a sacrement.

But never refer to Varadkar, Martin or any of them by their first names. Surnames only. They don’t like it. They want to be on a first name basis but ought to be despised.

All political officials should be referred to by their title and surname or full name, unless you know them personally. There are many practical reasons for this convention. Separation and accountability are the main ones.

AFAIK it was “Tony” Blair’s spokesman, press secretary and director of communications and strategy Alastair Campbell who first introduced this use of first names for political figures. 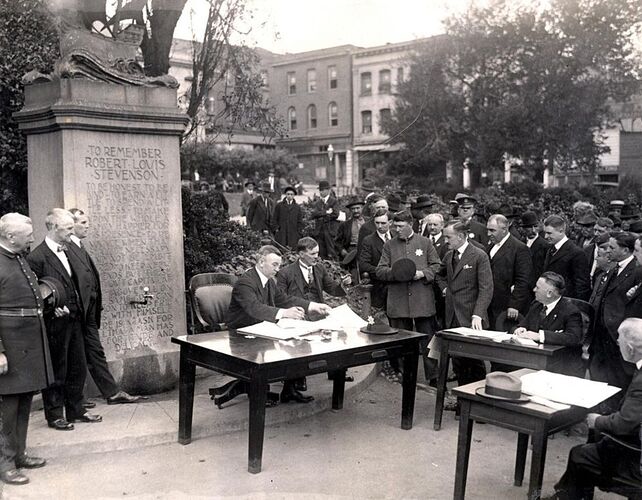 Scam as now and the “rulling class” well knows it. None of them with a muzzle.

The former chairman of a homeless charity, whose chief executive took his own life after allegations of sexual assault were made against him, has called on the

In the print is edition one of the claimants says multiple people were involved in the assault on him.

So there’s a ring of gay men pretending to “reach out” to the homeless while actually assaulting and raping them.

The Suprise is that it is no Suprise 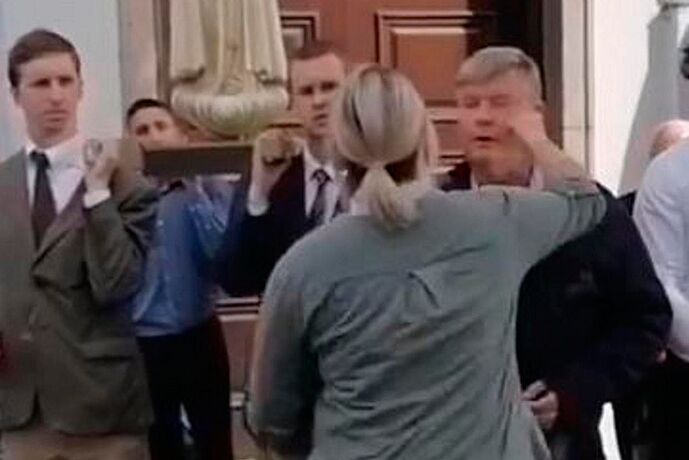 An ex-IRA gunrunner assaulted while praying at a Pride parade in Cookstown is planning to turn up and say the rosary at Omagh’s first LGBTQ march on Saturday.

You mean like Christy Burke giving the eulogy for Anthony Flynn ? “Tireless work for the weak and vulnerable” ? 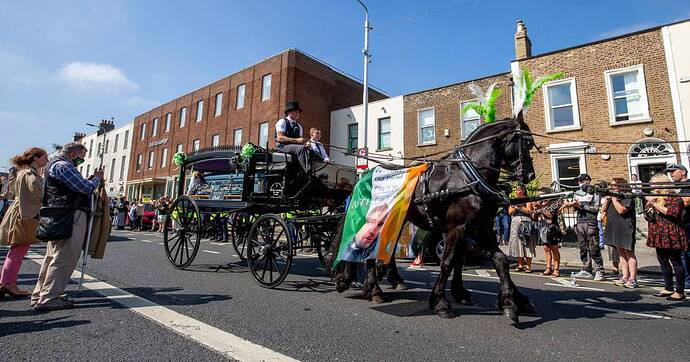 Latest on the gay rape coverup 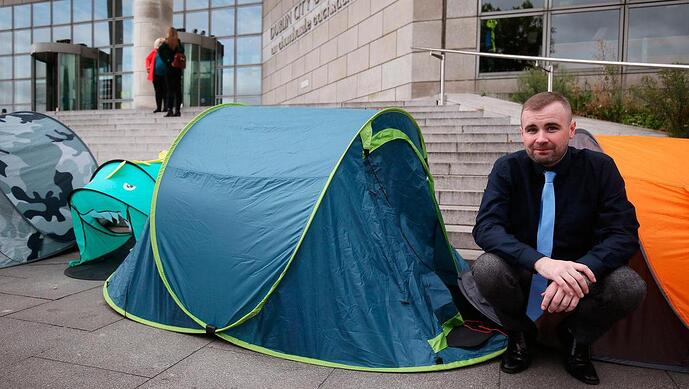 An internal report sent to members of Inner City Helping Homeless (ICHH) has revealed that the former CEO Anthony Flynn allegedly sexually assaulted men who secured accommodation through the homeless charity.
The document, which was written by the former chairman of the charity David Hall, details four serious allegations of abuse that were made against Mr Flynn, who died in August.

The report outlined that the first two incidents occurred in May.
"One involved a 21-year-old male (classified by Gardaí as extremely vulnerable) in May 2021 being brought by taxi at 2.30am to the CEO’s home where [he] stayed the night,” the report says.
"This male was already housed and was not in need of accommodation. They claim they were drugged and awoke the following morning. [He ] presented to an adult emergency department the following day and was transferred to the sexual assault unit.

A third alleged sexual assault was reported to the charity on August 26.
"The alleged victim claimed [he] had been homeless and was accommodated by the CEO in accommodation provided by ICHH in Dublin,” the report says.
"While being accommodated by ICHH the CEO sent texts asking this person for sex. It was alleged the CEO transferred a specific amount of money via Revolut to this person to buy cocaine. The charity does not have a Revolut account.”

On September 5, a fourth person contacted the charity saying they were allegedly sexually assaulted by the former CEO and on September 9 made a statement to gardaí.
He met with Mr Hall and told him that after losing his job earlier in the year and facing eviction he turned to the CEO of ICHH for help.
The report continues: “[He] alleged [he] was sexually assaulted by the CEO and at the CEO’s home where a taxi had been sent to collect [him] (his address matched one of the addresses I had from the taxi account).
"[He] gave me details of alleged very serious sexual assaults and allegations of threats made against [him].

I can’t find it now but at the time of his death a female volunteer at ICHH wrote on twitter about how dedicated he was because if he heard about a previously unreported teenager sleeping rough he would make sure to head down himself, even if it was 3 or 4 in the morning. She was being extremely naïve of course and I’m not trying to implicate or cast aspersions on any well-intentioned people, but it does beg the question-was the entire raison d’être of the organisation to facilitate a sex abuse ring? There has to be more people involved here, you can just tell, especially considering the intimidation David Hall and others have faced.

Lot of rumours about Christy Burke around the North inner city. And when I saw rumours I mean genuine disgust. I’m sure Christy has his own reasons for making sure noone looks into what favours are asked for.

But, But, Butt! Marriage Equality Referendum! Love is Love! I thought this would stop! I really did!

The shop’s toilet had become known among a small group of the gay community as a venue to engage in sexual activities, the court heard. 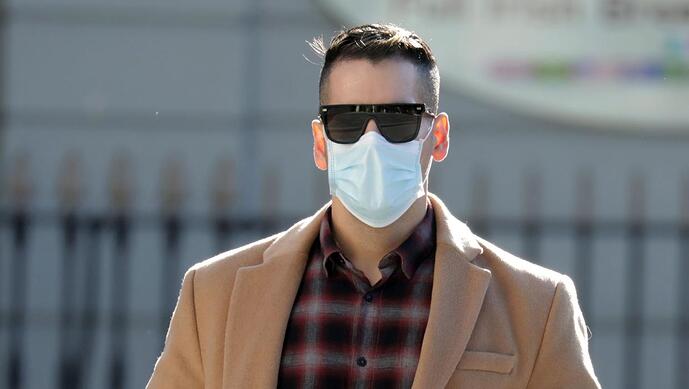 Judge’s brain struggles to comprehend the nature of twink-hunter culture.

“Young men, teenagers, young boys could have gone into the toilets,”

He had brought his mother to Ireland to live with him and there was “a lot riding on his job here.”

Dublin homeless authority calls for ICHH to be wound up ‘as quickly as possible’ (irishtimes.com)

I knew from the name and look of this he’d be a gay sculptor. 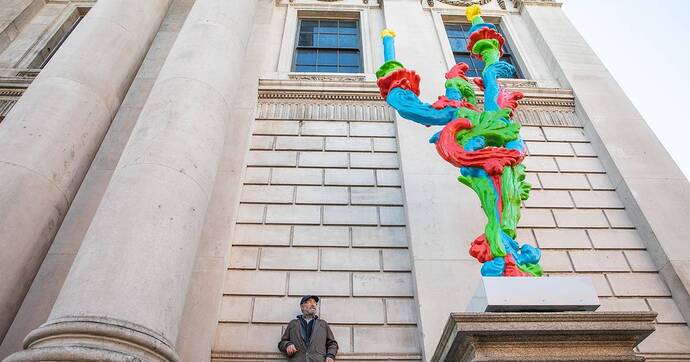 And indeed he is ! 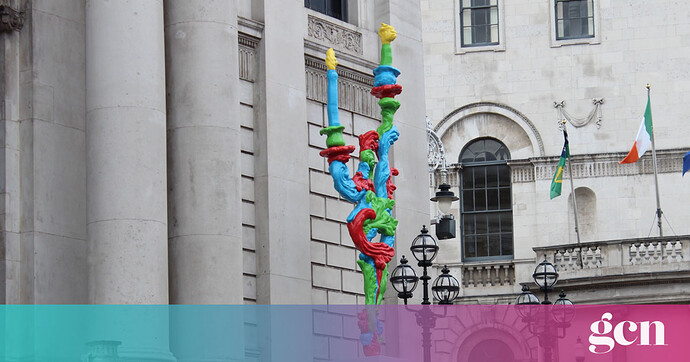 New sculpture reflects the diversity and queer history of Dublin

The subtitle of the work, Hold Your Nose , is a quote from a collection of poems, the ‘Sanitary Songs’. The poems were published during the 1884 Dublin Castle Scandal. They were intended to undermine support for British appointed civil servants who had been implemented in the investigation of a ‘homosexual ring’ in the city. The poem instructs ‘decent men’ to ‘hold your nose’ in order to avoid the perceived corrupting homosexuality of Dublin Castle.
In unveiling the sculpture, Lord Mayor Gilliland stated, “Sculpture has played such a vital role in Dublin life, now and historically, and the various stories and perspectives reflected in the artwork strive for a shared sense of place.”
The Sculpture Dublin Programme is an initiative by Dublin City Council which aims to commission a series of six new works in order to raise awareness and encourage people to engage with the sculpture throughout the city

So, of course DCC would commission a piece of globohomo propaganda. 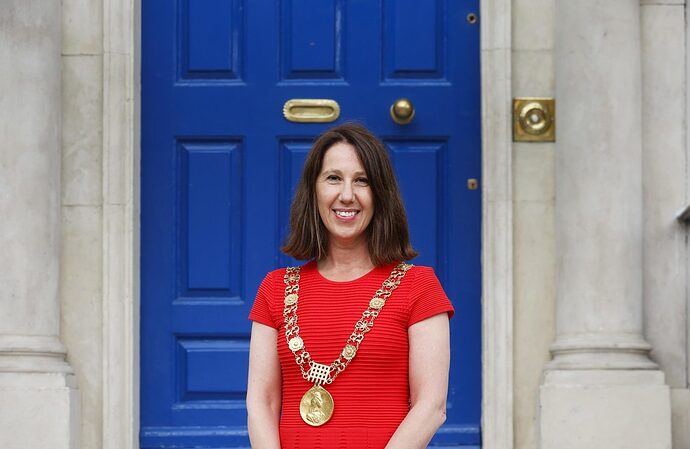 The new Lord Mayor of Dublin Alison Gilliland says safety on the streets of the capital is a prio...

"But also an education programme I think for people around harassment and a zero tolerance for harassment, particularly of whether it be women, minorities or LGBT.
"One of the things we want to do with regards to LGBT is round the year visibility.
"I think we do it brilliantly at Pride where we have the flags, we now have the Pride flag on some of our streets painted, and that’s something I want to see year-round.

Reminder:Men are far more likely to be victims of street assaults

Men more likely to be attacked by strangers than women

Brutal and random violence against women in public spaces has sparked a nationwide discussion about safety and outpouring of grief and anger.
But a national report has shown men are much more likely to be hospitalised after becoming a victim of an assault by a stranger.

Today I was told about a detail from the investigation into Flynn that is genuinely one of the worst things I’ve ever heard-even in a country where nothing seems to shock the public anymore, this will horrify everybody if it does appear in a report. I won’t be repeating it here because it may identify the victim but if you thought this man was evil before…well… just wow…