Interesting.
It would explain Tuesdays panic

How ironic that the Church of Social Justice (Homeless Industry denomination) really doesn’t like it when, due to the crimes and cover-ups of a few of their number, they all get tarred as possible rapists.

From the horse’s mouth 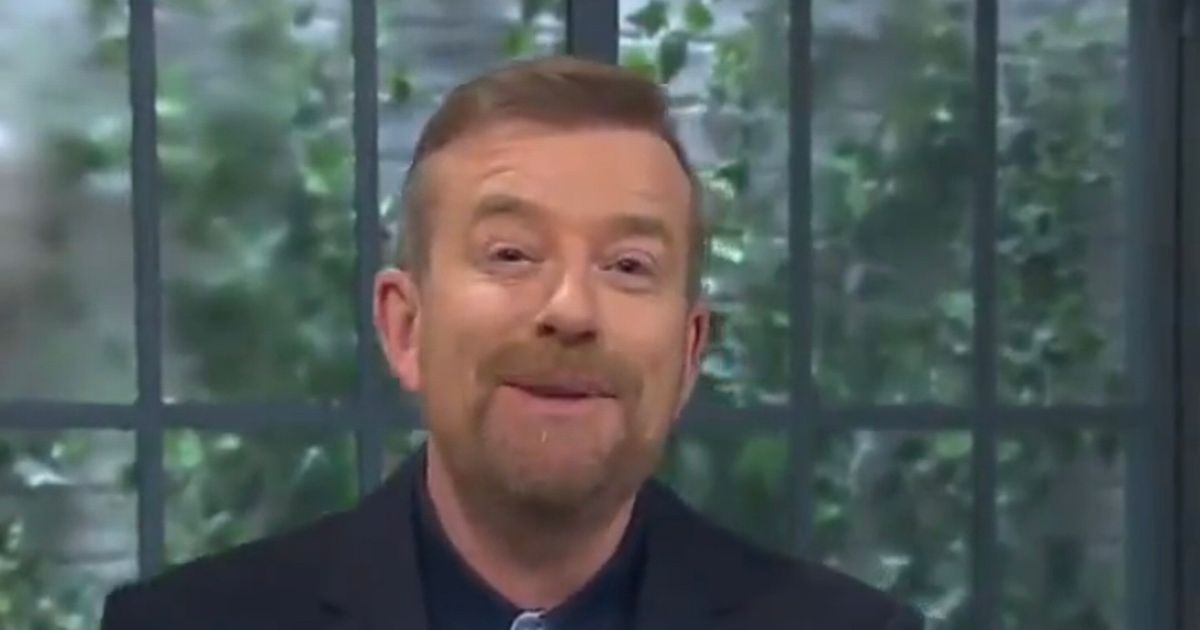 Exclusive: 'Things just come out... It is live television'

“I mean we can’t… If you are too sanitized all the time, there’s no… look you have to push it to some level.

Westlife's Mark Feehily has joined the voices of those campaigning for the introduction of surrogacy legislation in Ireland.

Jesus, Mary and Josepha ! LPT on the rise

No plans’ to rename Kerryman with gender-neutral name (rte.ie)

The General Manager of the Kerryman, Siobhan Murphy, has said there are no plans to rename the newspaper with a gender-neutral name, as the brand is well recognised and would be destroyed if it was changed.

Speaking on RTÉ’s Today With Claire Byrne, she said the company is responsible for the brand, which is “an honest brand” and one that the staff are very proud of.

She said it would be wrong to call it ‘the Kerrypeople’, adding that it would totally destroy the brand.

Ms Murphy’s comments come after the Minister of State for Special Education and Inclusion, Josepha Madigan, called for an end to gendered titles and language, such as 'spokesman’ and ‘chairman’.

Speaking on the same programme, Ms Madigan said the Kerryman is a “great independent newspaper” and while it is not up to her to tell media what to do, we should interrogate the words we use in our daily lives and see if they create an unconscious bias.

What a laughing stock the ‘right wing’ Fine Gael party has become.

In a further update, Fine Gael still a laughing stock 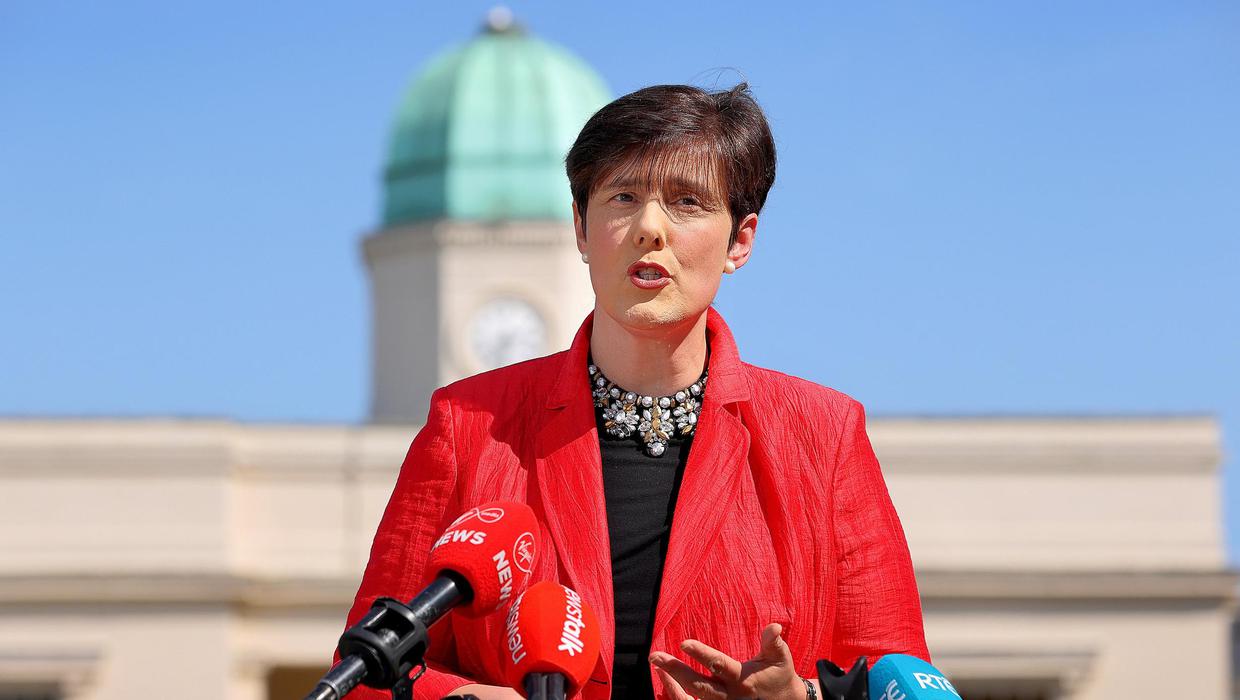 The Department of Education has removed from an official website booklets that invited students to discuss “homophobic” statements.

A booklet used to teach relationships and sexual education (RSE) to first, second and third-year secondary students as part of Social, Physical and Health Education (SPHE) contained a list of statements, for discussion in classes, which have been described as “homophobic” by Fine Gael TD Jennifer Carroll MacNeill.

That book already a historical manuscript no less, to the archives Batman… now let’s have a look, anyone got a link to the book or are all remaining copies being burned/deleted?

That book already a historical manuscript no less, to the archives Batman… now let’s have a look, anyone got a link to the book or are all remaining copies being burned/deleted?

That book is trivial. The book they really want banned =>
https://www.biblegateway.com/

What being Irish means to me. By Leo Varadkar, Ola Majekodunmi, Mary Lou...

20 years after her father published Being Irish, Marie-Claire Logue asks a new group

Being Irish means our nationality is never a burden. It’s the opposite. It lifts us up, it provides a sense of belonging and, in the darkest of times, it gives us a feeling of hope. To me being Irish simply means that you are someone who calls [Ireland] “home”.

, Ireland sure doesn’t need any enemies! 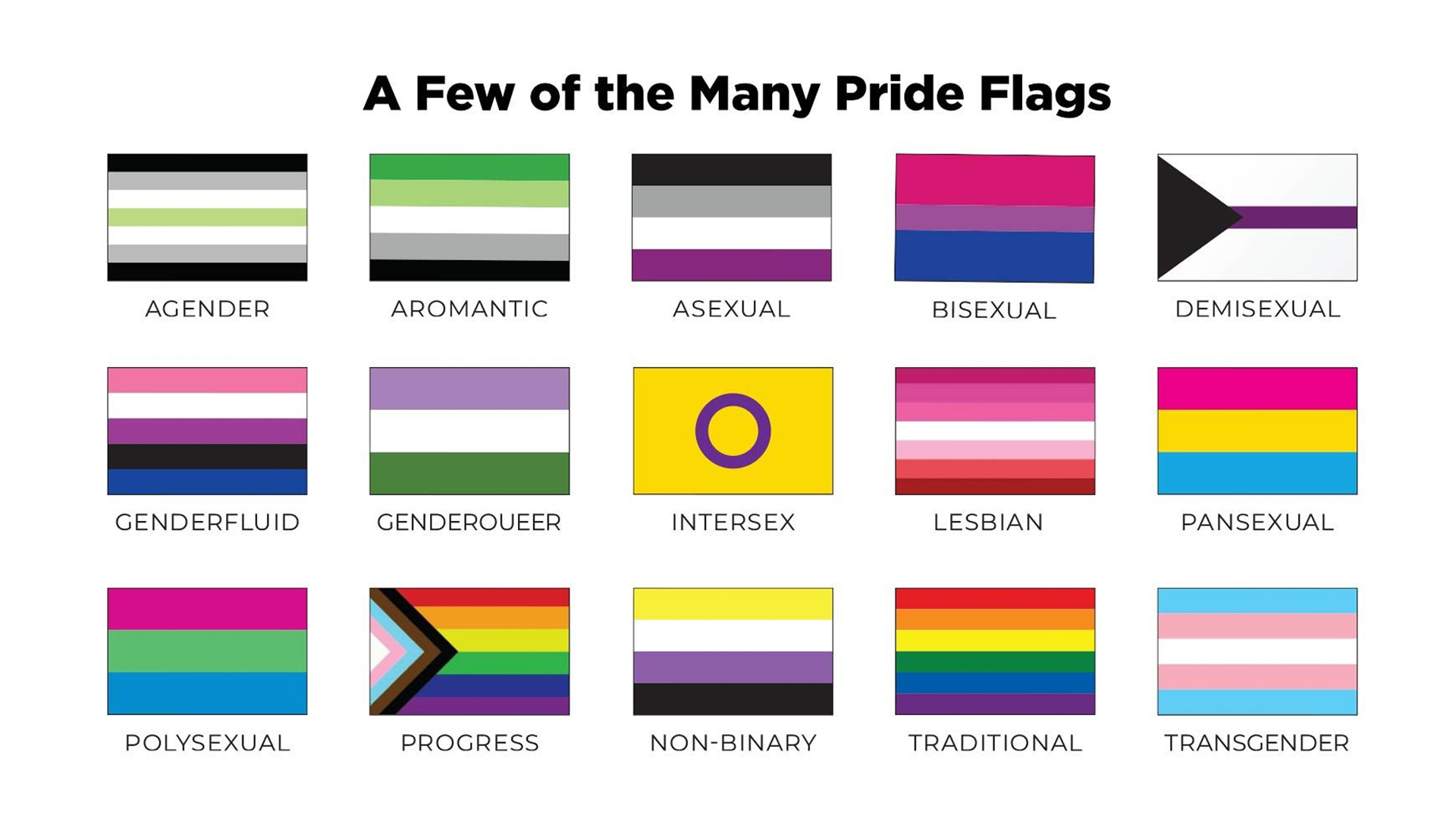 Some parents expressed their discomfort.

Quick tip if it is not obvious - Once you you see the “clenched fist” logo, which is the Menaces branding of it’s mob, you know who and what is behind it. Brute force logo. Fist will hit you like a hammer. It is the very antithesis of a welcoming or open group. Very simple visual communication. Read it for what it is. 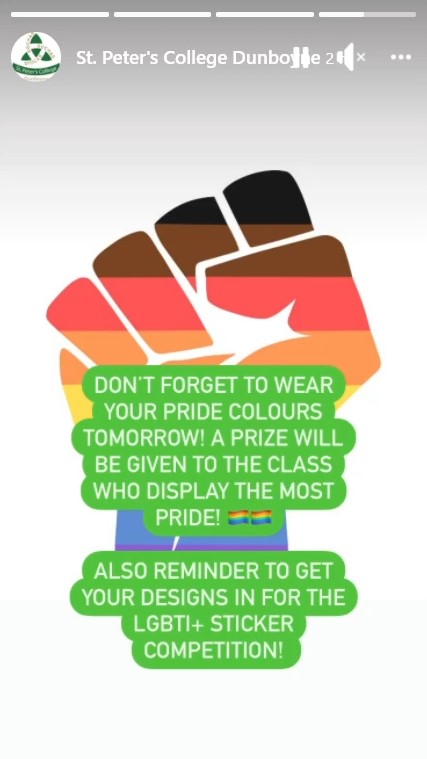 A super simple image search, you get the idea… 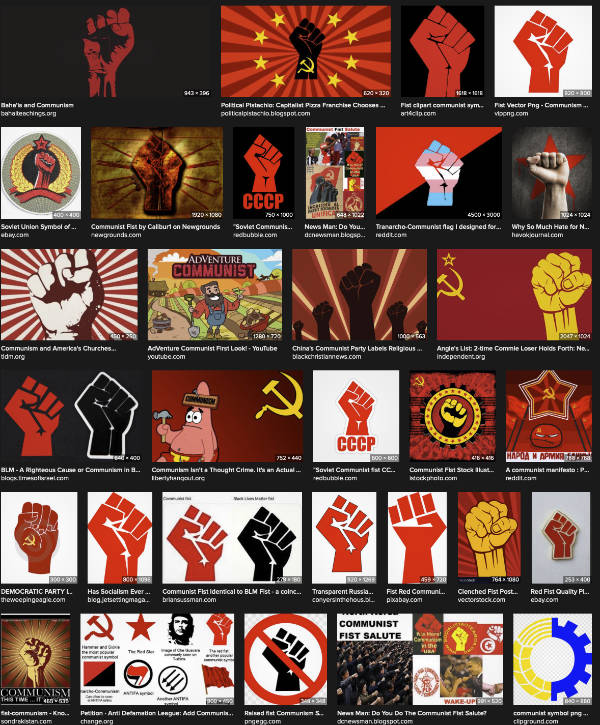 Agreed. But it’s all so depressingly predictable given how America has gone . Parents may get a win on this one and some tut tutting will occur. But they have no power to set policy and the Leftist HR ladies and their simps are in full institutional control of:

You’re not going to get any social science research written after 1990 which will state it so baldly.

Trust your own eyes

What gets labelled one thing is often actually another -its homosexual men’s interest in twinks.

Also if you Google “positive depictions of homosexuality Hollywood” you get a lot of whing about 50 + years ago. But your own eyes (and unbiased research) shows that mainstream Hollywood & Entertainment Industry has entirely sanitized the reality of often non monogamous homosexual lifestyles. Theyre all living totally normal suburban lives while just incidentally being gay, apparently. Look at the series Modern Family.

You will find almost nothing online. As BG said all the pre 1990’s stuff has not made it over online. For very good reasons. Unless you have access to an academic library journals portal you wont find anything much.

The only thing I found a while ago while digging was a very well written (and rather sad) set of articles online by a sexual abuse survivors group in the UK. All who had been abused by gay men as kids. It seems the were being ostracized by the other abused victims organizations for pointing this out. Thats how deep the gay mafia reach is now.

The articles had quotes from various pre 1990’s literature about who did the abuse. And to whom. Which tallied with what I remember and what i have heard and seen. The raw numbers were that when it came to the sexual abuse of boys around 60% of the abusers were gay men even though they make up only about 2% of the general population. The literature also mentioned that the vast majority of those abused even though most had very serious long psychological damage from the experience do not go on to abuse as adults.

So the whole “they were abused as kids” excuse given for the actions of the abusers is junk. It seems this is a huge problem for the abuse victims as this widely used excuse for the abusers means that the victims as adults are now seen by too many as potential future abusers. Which they are not. Quite the opposite.

The only correlation between prior abuse as a child and becoming an abuser as an adult was a weak one among the heterosexual abusers. Not the gay ones. There seems to be no real link between history of childhood sexual abuse with the gay abusers. Although they overwhelmingly have the broad spectrum personality disorders so prevalent among gay men. Almost all either NPDs or more usually APD’s. Usually psychopaths rather than sociopaths. But always one or the other.

The other big difference in abuse patterns by the abuser in the case of both sexes is that the gay abusers of boys seem to be more the non family acquaintance / authority figure type. In fact remarkably like the traditional stereotype of those who abuse boys.

I’ll see if I can find that website again. It had a a lot of reference material not available elsewhere due to defaco censorship. But very sad reading. What those people have gone though. Both as children and as adults. So all in favour of either chemical castration of the abusers or just being put down for the most vile cases when if comes to this type of sexual abuse. 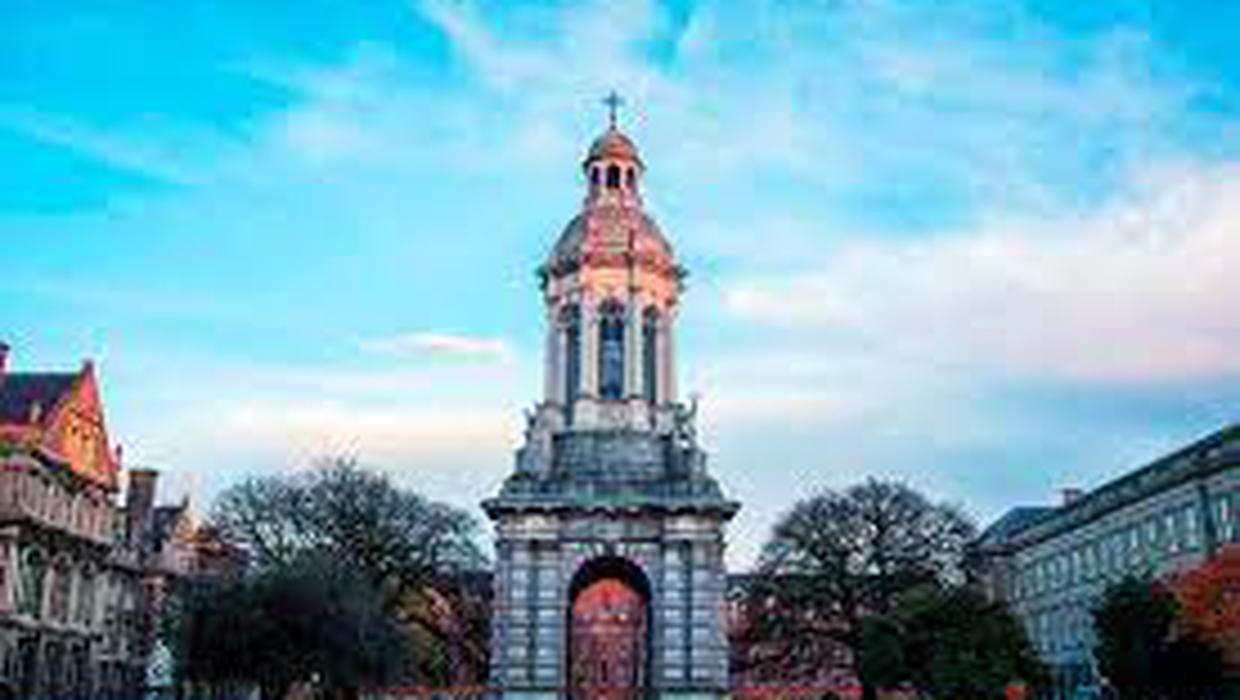 A number of third-level institutions have committed to introducing a domestic violence leave policy for staff in 2022.

A study in the US suggests that same-sex relationships suffer higher levels of domestic violence than heterosexual ones. Why is this and how are victims being helped?

But the conclusions of another study this year by the Northwestern University Feinberg School of Medicine in Chicago - a review of data from four earlier studies, involving 30,000 participants - go further.
“One of our startling findings was that rates of domestic violence among same-sex couples is pretty consistently higher than for opposite sex couples,” says Richard Carroll, a psychologist and co-author of the report.

Wnteresting how the word play structure is:

And not if ever