What about the family home? Are we talking about people who simply happened to be born at a certain point in the cycle, reached nesting point at an inopportune moment and, minus the financial nous of the average Pinster, entered a bubblicious market with the intention of assuming a family home? Are the actions of the Pinster who subsequently profits from such a person’s straightened circumstances equivalent to those of our friend the trader who sets out intentionally to profit from the misery of others (regardless of the (Pinster’s) motivations involved)?

Again, the use of the indebted PPR owner being free of their debt burden comes to mind. I can see no use in repossessing someone’s house and them continuing to be liable for any residual burden.

Equally, there is probably not much point, from a general societal point of view, in repossessing a PPR where the occupier is not in a position to get suitable housing off their own back (i.e. their circumstances mean that they cannot afford different housing).

Against that you have to balance whether the PPR they are in is appropriate to their circumstances - are they living in a huge pile or is it a ‘normal’ house for the number of occupants. If the house is significantly more than they would be subsidised for under rent allowance, then you have to wonder if there is a point to them staying.

This is complicated by the fact that not all the banks are publicly owned - a BoI repossession, for example, places a much greater burden on the state than, say, an INBS or AIB repossession - given that BoI is only 15% owned by the state and the other two are nationalised (of effectively so anyway).

As we (the state) are going to be paying for the costs of repossession, it is not just an economic argument, but one of what is most useful to us.

I refer pinsters to my Rodney comment above. The guy is a gambler who has put it all on crash.

I refer pinsters to my Rodney comment above. The guy is a gambler who has put it all on crash.

hats off to him getting onto BBC news though!

When someone talks about savings being wiped out, remember there will be people around to get rich and exploit the mess. In effect, the people who get rich on people losing their savings.

Ask yourself whether these are the people whose opinion we should be valuing or whether their industry, perhaps, merits some serious regulation.

PtG - I personally never wanted people to make serious losses on their houses in SCD so that I could exploit their misfortune. I wanted to pay a fair price for my shelter. The people who wanted to get wealthy on their “investments” wanted to exploit me. I’d have been happier if the bubble never happened so that the crash couldn’t.

I dont doubt any of that.

Having said that, your motivations are of little relevance to those whose homes are repossessed and subsequently sold for cents in the Euro (Im thinking in terms of the Allsop auction for example).

Its a philosophical rather than a moral or ethical argument.

Those (and those involved in) buying houses in a rising market more or less had an expectation of profit (or increased net worth). But *that profit was enabled purely through the higher prices later generations of homeowners would be expected to pay in the future.
*
That’s where those profits and increased net worth came from during the boom. But what is happening now is that those expectations and profits are unravelling.

Trader Or Prankster? We Called Alessio Rastani And Asked

I like the Dow Jones futures, I like the Euro-dollar forex markets. EUR USD. I’m talking about Eurodollar, spot, the major pairs.

Good question. I look at the S&P futures. If I see a signal, I’ll take it in the Dow. The S&P contracts, each tick is going to cost you a lot more than the Dow. The dow gives you more flexibility. I will look at S&Ps if I see trading opportunity on that. Their movements pretty much are correlated.

FORBES: What’s the tick size in the Dow?

Why doesnt he just advise people to buy Goldman Sachs stock if they are a one way bet??

Goldman is run for the benefit of its management and employees, not its shareholders.

Are we still discussing this stuff in this manner. I feel like nothings been learned. Philosophy…isnt that science in the same way economics was…
Its all basically socialise debt privatise gain at the end of the day.
I like the analogy of if we were to privatise the fire service, and when someone calls in the middle of the night, the fire man says well make me an offer and lets see if its better than the fella down the road whos offered x amount and his house is on fire too.

Sure Goldman Sachs rule the world …
cos Goldman Saachs are allowed to rule the world .
And theres a little bit of GS in the actions of most people, the worst part is its knowingly. And you add them all together you get the GS of the world. The sum being greater than its parts applies as much to ‘good’ as well as ‘evil’.

Meanwhile some old wan from Laois ends up in the joy for 12 days cos she wont let the ESB chop down her Chestnut trees she cared for all her life, and in the same week the ESB are sponsoring ‘Positive Age Action’ …

As the judge said… This is a Court of Law son, not a court of Justice.

Still it raised an interesting debate, I was only thinking recently the pin needs a thread where this is debated in an overall sense and not appicable to a single event driving the thread.

Back to my cup of tea and watching the beans grow thru the window. f*k GS.

Trader Or Prankster? We Called Alessio Rastani And Asked
forbes.com/sites/emilylambert/2011/09/27/trader-or-prankster-we-called-alessio-rastani-and-asked/ 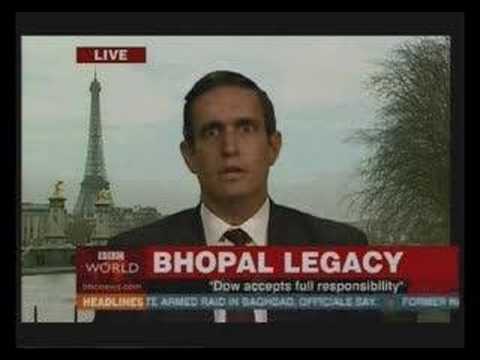 Rastani does not appear on a search of the Financial Service Authority’s register of approved persons, and there is no mention of an employer on his website.

Rastani is registered at Companies House as the secretary of a firm called Santoro Projects Limited, with his occupation listed as an ‘investment speaker’.

Records show he incorporated the company in 2007. The firm is exempt from submitting full accounts to Companies House due to its size classification as ‘small’ – meaning it has an annual turnover of less than £6.5m and no more than 50 employees.

Rastani does not appear on a search of the Financial Service Authority’s register of approved persons, and there is no mention of an employer on his website.

who cares…
Rastani may not be on the list… but I bet Kweku Adoboli (UBS Rogue Trader) is on the ‘approved’ list…as were the rest of the people in The City who got us in the merde.
I love it he’s a rogue trader,like something from Shaun the Sheep, a rogue sheep. Course if he made UBS 2 billion selling dodgy sfps to unsuspecting pension funds he would have been a star performer.

all this sematics, syntax, grammatical sophistry , really your either part of the problem or part of the solution no matter how many ways you try to spin it.

has anything actually improved since the shit hit the fan. I dont see any real change, if by some miracle things conspired that would allow the world to get into the same mess, if you ask me the same people,parties,instituions,ignorance,mediaa bias, etc are all still setup to ensure we would go down the same destructive road again.

In the interview Mr Rastani described himself as an independent trader. Elsewhere he claims he’s an “investment speaker”. Instead of operating from a plush office in Canary Wharf Mr Rastani works and lives with his partner Anita Eader in a £200,000 semi in Bexleyheath, south London. The house, complete with a mortgage from Royal Bank of Scotland, belongs to her not him.

He is a business owner, a 99pc shareholder in public speaking venture Santoro Projects. Its most recent accounts show cash in the bank of £985. After four years trading net assets are £10,048 - in the red.
How a man who has never been authorised by the Financial Services Authority and has no discernible history working for a City institution ended up being interviewed by the BBC remains a mystery.
The incongruity led to some commentators speculating Mr Rastani was a professional hoaxer. The BBC denied the allegation: “We’ve carried out detailed investigations and can’t find any evidence to suggest that the interview with Alessio Rastani was a hoax.”
However, the BBC declined to comment on what checks, if any, it had done prior to the interview.
Mr Rastani was a little more forthcoming.
“They approached me,” he told The Telegraph. “I’m an attention seeker. That is the main reason I speak. That is the reason I agreed to go on the BBC. Trading is a like a hobby. It is not a business. I am a talker. I talk a lot. I love the whole idea of public speaking.”

I dont understand all the fuss here.

What did he say, as a trader, that no one already thought about traders?

wow that was a pretty jaw dropping interview. not going to do trader’s reps at dinner parties any favours!

It does raise the issue of incentive structures. I remember reading about a property developer who had a portfolio of $270 million in california, luckily he went to college with Paulson and ended up buying like $1 billion worth of CDSs on mortgage backed securities. He talks of how he felt guilty because he actually went to bed at night hoping for a house price collapse. I don’t agree with short selling restrictions for other reasons but i’m not sure how comfortable about having people out there actively hoping governments make a mess of this and we end up in a depression.

A man who doesn’t own the house he lives in, but can sum up the financial crisis in just three minutes – a knack that escapes many financial commentators.

The odd thing is that he was on at least twice. The interview I saw with him was the previous evening in studio on BBC News 24 with a different presenter. He more or less said the same thing, but it wasn’t picked up until they got him back for the main news the following day.

The face he pulls at the start is hilarious, he goes through about 5 emotions in 2 seconds

Goldman Sachs is ramping up its cost cutting programme to $1.45bn (£930m) ahead of what could be its first published quarter of loss since December 2008.

The Wall Street bank is bracing itself for third quarter earnings expected to see investment banking and M&A follow the recent drop in revenues seen at divisions such as sales and trading.

Not a good day all round for Alessio and his rep?

The face he pulls at the start is hilarious, he goes through about 5 emotions in 2 seconds

Awww my face it hurts… I watched that and then read the wiki… I had a solid giggle fit for about a minute or two… WHEW!!!

Seriously I could hardly breath. I’m all wheezie-puff now.

I dont understand all the fuss here.

What did he say, as a trader, that no one already thought about traders?

An interview with a Muslim cleric supporting terrorism would cause the same amount of fuss. [mod edit: we don’t need no stinkin’ personal opinions]