But now I fear the Greens because I don’t see them as quirky bike riders or useful mudguards for FF FG. They’re Eco Totalitarians - all of what they want to achieve requires totalitarian control over society. They are the Workers Party of the current day. And in a coalition they will sign up for any non environmental policy in order to get further totalitarian control as a quid pro quo.

As I regard them as every bit as dangerous as the Stickies I must think of concrete ways to lessen their influence. 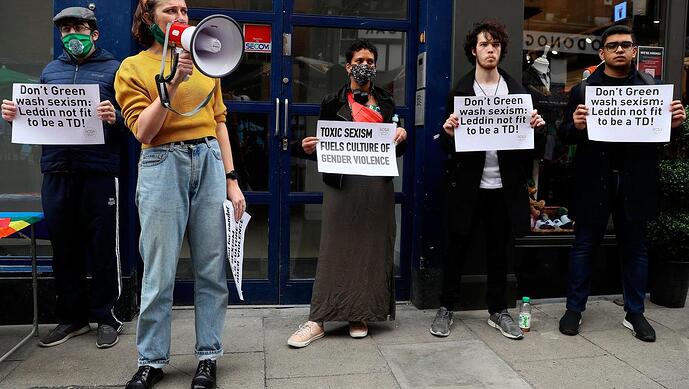 Protesters gathered outside Green Party headquarters in Dublin on Friday to protest against the party's response to comments made in a WhatsApp group by TD Brian Leddin.

Ruth Coppinger trying to scare “progressives” away from the greens. I hadn’t realised how much like a Nun she comes across.

Also someone called “Harper Cleves” - sounds like an Investment Bank

Harper Cleves, an activist with the Rosa Socialist Feminist Movement group, was one of the organisers of the protest.
"This is the kind of language and rapport accepted in the Green Party,” she said.
"If it were up to me, I don’t think someone who has these kinds of values should be an elected representative for a party that tells people that they have progressive values on the issue of gender equality.
“If I were a Green Party leader, I’d say you have to step down from office.”

Imagine naming your cover group after Rosa Luxembourg and then lecturing others on democracy !

It’s a long road from leafy Rancho Buena Vista High School in San Diego to class struggle in Ireland. It’s terrible what “progressive” politics does to a healthy young person. What a waste !

More than 1,500 teens will don caps and gowns in Vista as theysay goodbye to their lives as high school students at graduationceremonies over the next few weeks.

This is the woman referred to in the WhatsApp group; did he say anything untrue? 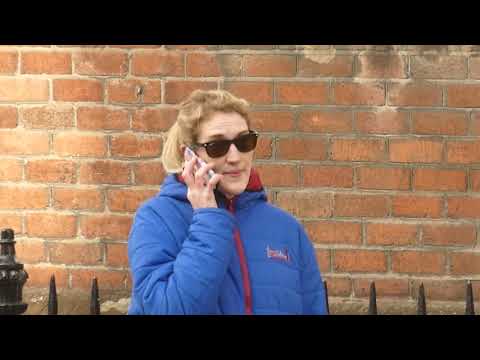 Well Little Miss Cleves grew up in what was once a very affluent very white city just outside San Diego. No blacks. Now full of Mexicans. She also went to Vassar which is about as white privilege Ivy League as it gets. No matter how many quota people they let in. I have yet to meet someone who went to Vassar that was not only a total prick but also not that bright.

It is also very very expensive.

Looks like she got in on a athletics “scholarship”. Which is how they bring in people with the “right opinions” who are white not very bright and not stinking rich. Non academic scholarships. Women who went to the Sever Sisters tend to be very stuck up and full of themselves but like the rest of the Ivy League the grads for the last few decades are mostly worthless. A waste of space. But Vassar people, like those who went to Harvard, are totally full of shit. No matter what they studied.

Here’s an Elisa O’Donovan again. A “Children’s Speakers Corner Event”. Presumably this is to unearth an Irish Greta Thunberg they can push. This was mentioned on RTE Lyric (based in Limerick)
@Open_Window we may need a separate thread on the Weaponizing of Children in Irish Life. It will be the winter for it. 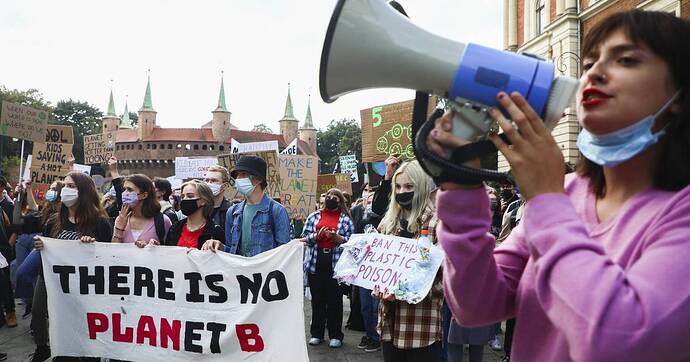 There will hopefully be a criminal inquiry some day into the harm and abuse to the young that the Greens and their shills are causing.

Well these are the people on the latest misery council, it’s full commie playbook, only Bankers bankroll this level of shyte because it gives them total control over every aspect of a society without ever having to worry too much about who is elected, if that even mattered, at least one familiar face and a few Banky people in there.

You can see how this has all been laid in-waiting, pre-planned, so sad really to see so many actually take the kool aid, austerity shot, solidarity booster…the Climate Gods thank you!

The Climate Change Advisory Council was established under the Climate Action and Low Carbon Development Act 2015 and was signed into law on the 18th January 2016.

The Climate Change Advisory Council is an independent advisory body tasked with assessing and advising on how Ireland can achieve the transition to a low carbon, climate resilient and environmentally sustainable economy.

Someone is getting a bit extremist in her old age!

Reducing excessive consumption is the right thing to do, but rationing, ridiculous! 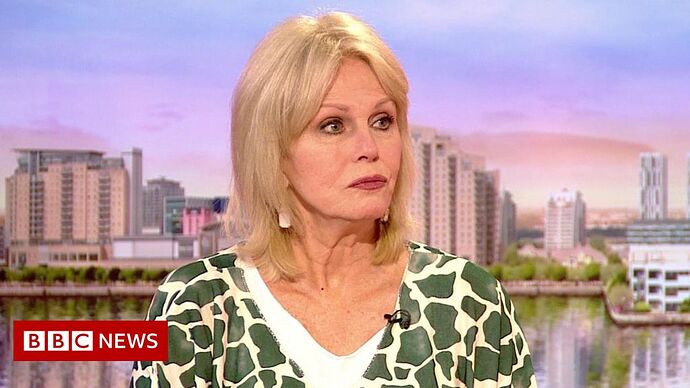 The actor says a return to "wartime rationing" could reduce consumption and ease the climate crisis.

Petition for a topic title change!

Totalitarian Eco fascist want to keep a beady green eye on every step you take, every move you make… they’ll be watching you

Petition for a topic title change!

Totalitarian Eco fascist want to keep a beady green eye on every step you take, every move you make… they’ll be watching you

But I think the Thatchell furore and a few other green issues should be moved into this thread. The full prehistory of the Greens wide ranging perversions should be collected in one place. This isn’t about the environmentalism really.

I was having a laugh, but in humour there is truth… you are correct of course, green is oft associated with slime.

Lizard sums them up.

Now Elisa’s gathering comes into focus. The eco totalitarians still have a Big focus on the youth 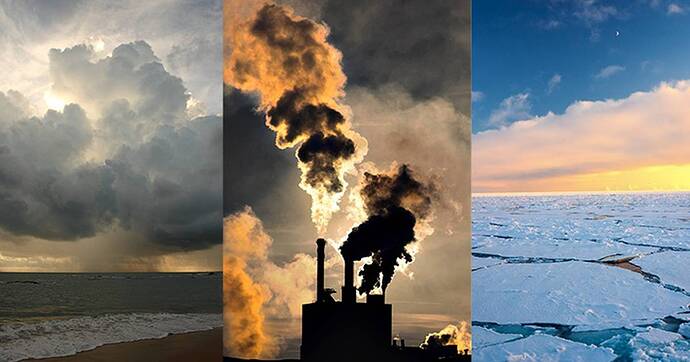 P.S. I Recycled You

Seriously. It’s about groupies. Babes. Getting the babes. The obey mob. Bankrolled by the Bankers. Inspired by social media grooming. Inspired by make believe. Inspired by blah blah blah.

Nice polemic against Catherine Martin; he even compares her to Henry Kissinger 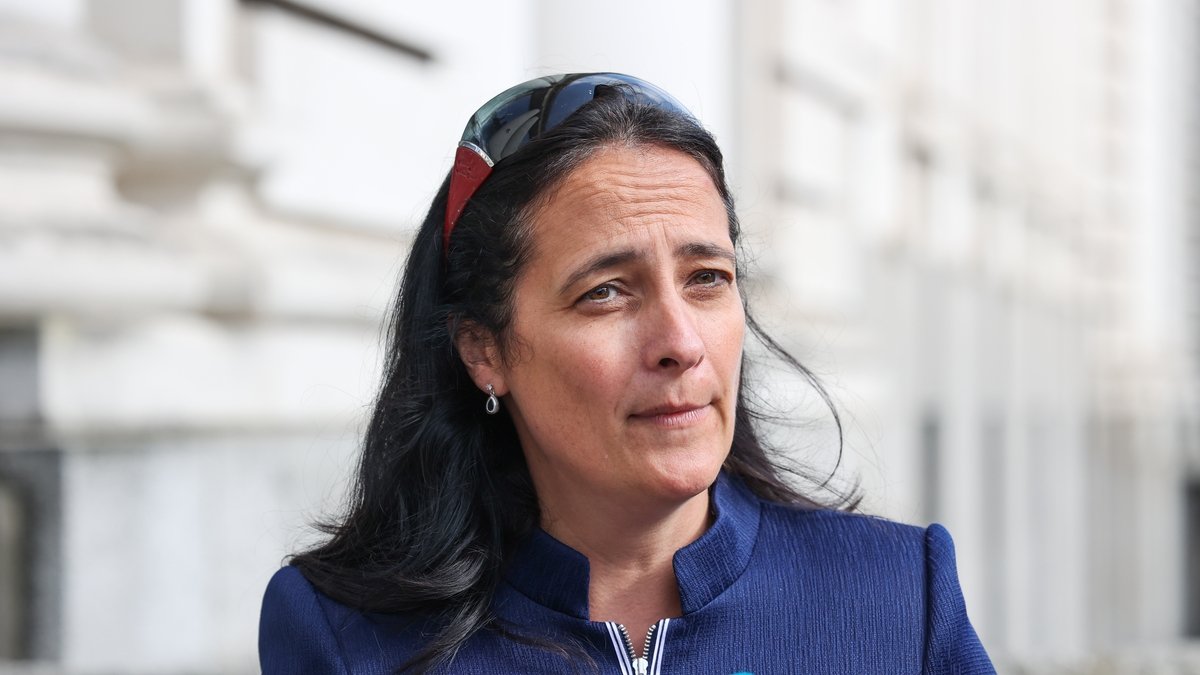 Pretty clearly Trotskyites. All these people give off a Democratic Left 1992 vibe.

Ms Martin said the country’s institutions have been slow to accept change.
“If our institutions can’t get what needs to be done, then let’s never accept no for an answer, let’s continue to advocate effectively, campaign relentlessly and more importantly deliver real results, real change,” she added.
She said the party is an “inclusive room for different views, perspectives and opinions”.
However, she said the party is where it needs to be in “this Green decade of change”. 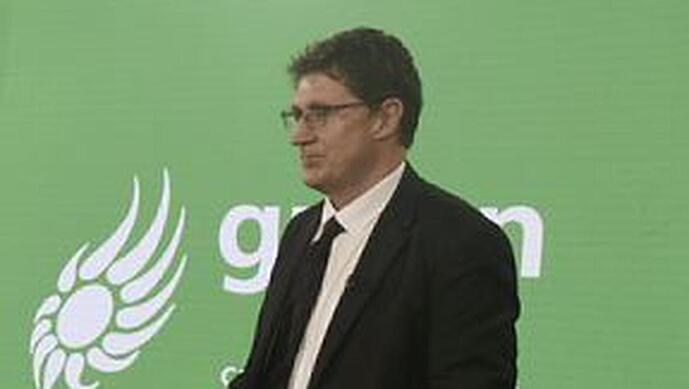 End the ‘false narratives' on the cost of climate action, urges Green leader...

Green Party leader Eamon Ryan has insisted “false narratives” around the cost of climate action measures need to be put to bed if the Government is to tackle the threat posed to the environment by rising carbon emissions.

It’s clear that if Higgin’s was 20 years old today he’d be in the Green Party. This is an extraordinary smackdown from the Bishop. Higgin’s follow up statement is totally dishonest. 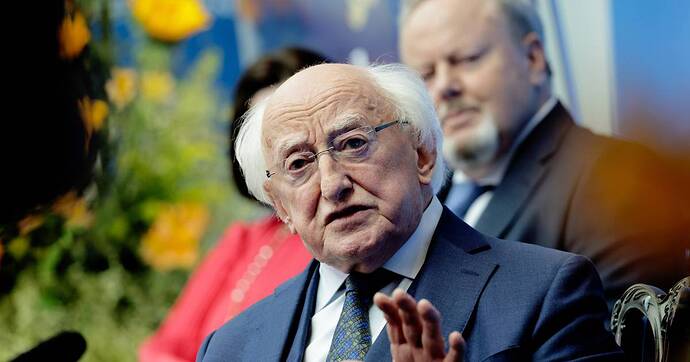 Higgins condemns Pentecost Sunday massacre at Owo, but rejects claims he linked it to climate change

Condemning the attack in his statement last week, President Higgins expressed “deepest condolences” to the families of the dead and injured.
“That such an attack was made in a place of worship is a source of particular condemnation, as is any attempt to scapegoat pastoral peoples who are among the foremost victims of the consequences of climate change. The neglect of food security issues in Africa, for so long has brought us to a point of crisis that is now having internal and regional effects based on struggles, ways of life themselves.”
He concluded: “The solidarity of us all, as peoples of the world, is owed to all those impacted not only by this horrible event but in the struggle by the most vulnerable on whom the consequences of climate change have been inflicted.

In a weekend statement on Facebook, the Catholic Bishop of Ondo diocese Jude Ayodeji Arogundade described as “incorrect and far-fetched” climate-change references in President Higgins’s statement on June 7th condemning the massacre.
“Alluding to some form of politics of climate change in our situation is completely inappropriate,” said the bishop. He appealed to “those who are trying to take advantage of this horrific event to project any form of ideological agenda, to desist from such opportunism”.

In his weekend statement, Bishop Arogundade said that, given the historical connection between the Republic of Ireland and the diocese of Ondo, the comments of the President of Ireland were important to him as bishop. “The first two bishops of the diocese of Ondo were Irish men, the church building in which the attack took place was built by Irish missionaries” and some of the people killed had received the sacraments from “venerable Irish missionaries”, he said.
“Irish men and women laid the foundation of the faith for us in this part of the world,” he said. “Comments associating banditry, kidnapping and gruesome attacks on innocent and harmless citizens of Nigeria with issues concerning climate change and food securities are deflections from the truth,” he added.

“The President’s comments with regard to climate change related to the plight of pastoral peoples in the region and the President made no link in his statement between climate change and the attack itself,” a spokesman for Mr Higgins told The Irish Times.
“The President has utterly and unequivocally condemned the attack on St Francis Catholic Church in Owo, Nigeria and expressed his particular horror that such an attack could happen in a place of worship,” he said.

Mr Higgins recognised “the long connections between Ireland and the diocese of Ondo and once again offers his deepest condolences and solidarity to the families of those who lost their lives in this horrific, indefensible action, and all those impacted by the attack,” the spokesman said.

There’s a radio advert for this being run all weekend. It’s an extremely disturbing advert, the worst I’ve ever heard. It’s essentially grooming children into climate anxiety and becoming green activists.