Some of the 1,000 US diplomats hit by a mysterious illness known as Havana Syndrome could have been targeted by electromagnetic energy pulses, according to a report to US intelligence leaders.

Some of the 1,000 US diplomats hit by a mysterious illness known as Havana Syndrome could have been targeted by electromagnetic energy pulses, according to US intelligence.

The Pentagon Fears That Deadly Microwave Weapons Are Undetectable 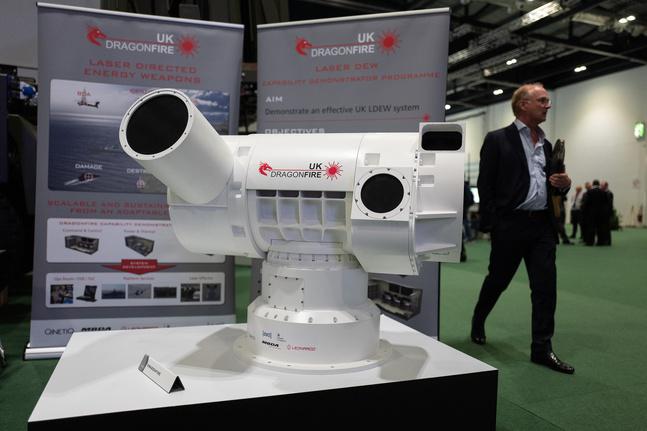 The Pentagon Fears That Deadly Microwave Weapons Are Undetectable

The Pentagon is seeking to develop a sensor that will alert soldiers when they are being attacked by the type of radio-frequency weapons suspected to be behind the mysterious illnesses suffered by U.S. diplomats and intelligence agents in Cuba,...

Not a weapon. Its the side effect of snooping devices…

Very narrow beam very high energy pulsed narrow band microwaves will have the same physical effects with repeated exposure that have caused the deaths and serious injuries of US personnel over the last two decades.

A related technology should be able to interrogate ultra low power EMF emissions from devices like cell phones from a distance. From the display and sound input / output circuits. Especially if the device is spiked during chip fab. I can imagine those causing brain damage to the person holding the phone if the very narrow beam is localized for any amount of time.

Not a weapon. Its the side effect of snooping devices…

I think the technology is most definitely here. 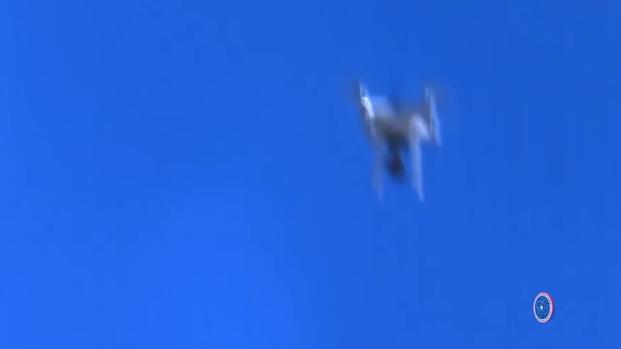 Air Force experimentation on White Sands Missile Range with the use of high powered microwave and laser systems to shoot down small unmanned aircraft.

A short production outlining Air Force experimentation on White Sands Missile Range with the use of high powered microwave and laser systems to shoot down small unmanned aircraft. Video filmed by John Hamilton.

MK Ultra Explained: How Governments Control The Minds Of The Masses

Beaming in powerful RF in the hope of getting a reflection is nothing new, 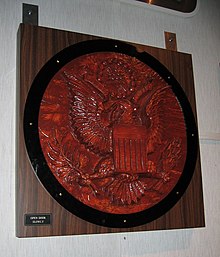 Pages for logged out editors learn more The Thing, also known as the Great Seal bug, was one of the first covert listening devices (or "bugs") to use passive techniques to transmit an audio signal. It was concealed inside a gift given by the Soviet Union to W. Averell Harriman, the United States Ambassador to the Soviet Union, on August 4, 1945. Because it was passive, needing electromagnetic energy from an outside source to become energized and active, it is considered a predecessor of...

Do a search on “voice to skull” as well. 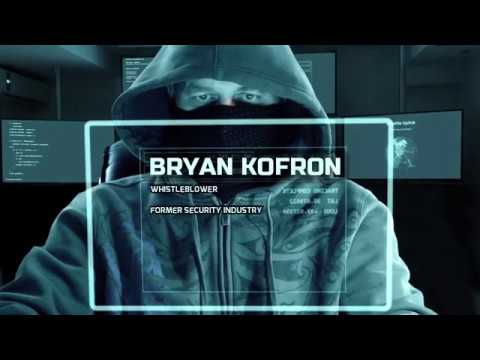 Why would governments need such exotic hypothetical technologies when they have special access to the media organs?

My Question is why would Professor Rafael Yuste the initiator of the Brain Initiative be advocating for the five neuro rights which alarmingly is the following: 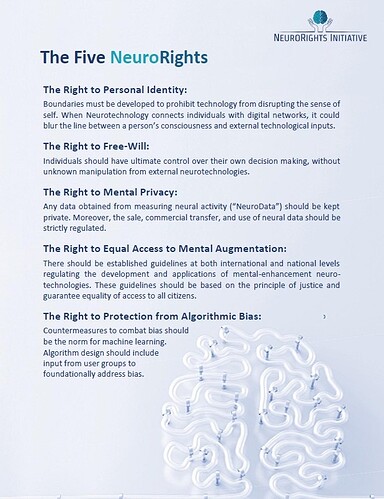 With Elon’s Neuralink (chip activated) & DREADDs Designer Receptors Exclusively Activated by Designer Drugs (who knows Injected MRNA?) what does Professor Yuste know that he would be advocating for such neuro rights?

SIGNS OF MICROWAVE WEAPONS USED IN AUSTRALIA AGAINST PROTESTERS OF ILLEGAL...

The Australian government might have subtlety declared war on their citizens by allegedly using war-grade LRAD’s on peaceful protestors. Stew Peters was joined by his Australian correspondent, Maria Z 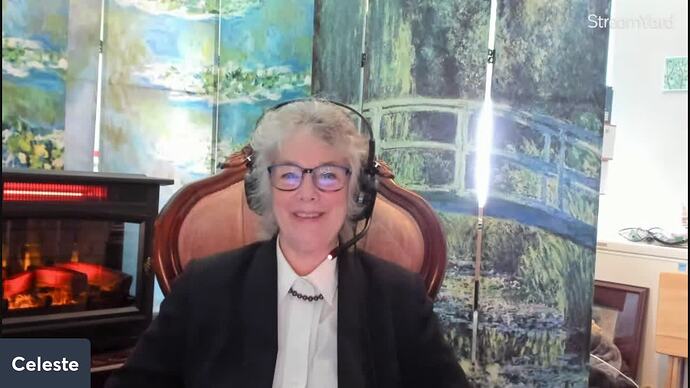 ARRIVING TO YOUR BODY SOON!

For over ten years, possibly longer, I have been immersed in Direct Energy Weaponry technologies. This form of weaponry involves medical, psychological, cognitive, blast impacts, and massive traumatic brain and body injury. The breadcrumbs began to be dropped last year, providing details by military and governmental expert details on what would become known as Havana Syndrome . Havana Syndrome varies slightly from two other categories including Targeted Individuals (TI), and those individuals sustaining a concussion blow to them, mostly during a time of war although a violent car accident could trigger similar symptoms.

What I will be presenting in extreme detail are academic, military and government findings on Direct Energy Weaponry. It is critical for each of you to listen to this material even if it becomes highly technical.

A HOT WAR IS IN PROGRESS. There have been two geopolitical incidents of Direct Energy Weapons being used against American officials. One incident, you probably already know about which is Havana, Cuba, and the other was in China. I will cover the geopolitical landscape which is vast, after I cover the technology. These two events were a shot over our bow from those hostiles to the United States both within and from without.

There is a new weapon on the scene, and I will be describing it in graphic detail. If it were not for the “pathogen” debacle, this type of weaponry would be inconceivable to us all.

BUT THIS WAR GETS WORSE

The real reason is that you need to know the devil in the details of this weaponry was given the GO command for OPERATION.

What that means is that there were certain constraints that you will learn about in this series that held back the evil tide. Those objectives have been clearly met.

Now it is time for a global [in the wild] experiment upon the entire populations of the world, but especially Western Countries, This demonstration of power will make the “pathogen” seem like a cakewalk.

WHAT DOES THIS WEAPON DO?

It can take many different forms: acoustic, microwave, or use RF. It can ride sound waves and/or light beams.

The objective of the weapon is to level your functional, cognitive, and intellectual capabilities to near zero. The person sitting in the White House is a poster child for their end goal.

Within the last 48 hours, one child has died from what I believe is the first death that clearly bears the signature of this type of weaponry. News has also emerged from Australia, that at least one type of this weaponry, albeit primitive, was used against protestors in Canberra. There are some reports on positioning of this weaponry in Ottawa, Canada against the truckers ad protestors. 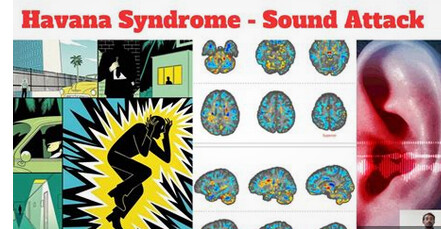 In late 2016, diplomats in Havana, Cuba, began presenting with a unique symptom complex after perceiving a strange noise and/or feeling a pressure field in their domicile. This report is a retrospective, quantitative analysis of video-oculography...

In late 2016, diplomats in Havana, Cuba, began presenting with a unique symptom complex after perceiving a strange noise and/or feeling a pressure field in their domicile. This report is a retrospective, quantitative analysis of video-oculography data of pupillary light reflex performance and binocular disparity-driven eye and pupil movements during the acute time period after the reported exposure. The patterns of response in these 19 individuals are markedly different than those seen in a group of individuals with the usual acute mild traumatic brain injury (17 subjects) and from 62 control subjects (21–60 years old) with no injury. Non-linear least squares regression was used to estimate the model parameters from the eye movement and the pupil measurements (1). Linear discriminant analysis was then used to identify a classifier for an objective discrimination of the groups with >91% accuracy and no confusion between the acute neurosensory findings among the members of the Havana diplomatic community and the subjects with acute mild traumatic brain injury. This pattern difference in eye and pupil behavior may be a useful screen to help objectively distinguish blunt trauma from Havana-type effects in the future and to guide the affected individuals to appropriate care.

In late 2016, diplomats in Havana, Cuba, began presenting with a unique symptom complex after perceiving a strange noise and/or feeling a pressure field in their domicile. There have been previous reports on both the initial as well as the longer-term findings in this population. This is the first report that examines the function of these individuals on a test that examined binocular disparity-driven eye and pupil movements during the acute time period after exposure. The patterns of response in these individuals are markedly different than those seen in a group of individuals with usual acute mild traumatic brain injury and from controls with no injury. The results from these tests permitted an objective discrimination of the groups with >91% accuracy and no confusion between the Havana subjects and the subjects with acute mild traumatic brain injury. This pattern difference may be a useful screen for individuals who report a similar exposure pattern. Furthermore, their distinctive presentation may help guide in treatment decisions to address the mechanisms that contribute to their unusual symptom complexes. At the current time, however, this remains an empirical observation and more work is needed to study the findings. 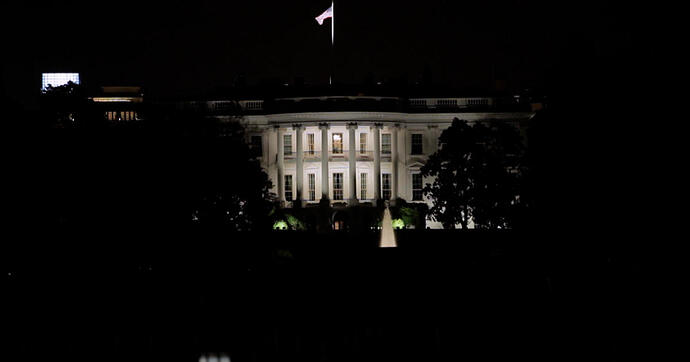 U.S. officials say they were stricken with vertigo, confusion, and memory loss both at home and work in Washington, D.C.