LONDON — Police failures over five decades allowed Jimmy Savile, one of Britain’s best-known television personalities, to escape investigation for a lifetime of sex offenses dating back to the early 1960s, according to a report published on Tuesday by a police oversight agency.

The report detailed poor police procedures, missed opportunities and an unwillingness to pursue accusations against one of the country’s biggest celebrities, whose renown also inhibited victims from coming forward.

“One of the reasons why allegations were not made at the time, or investigations were not conducted as they might have been, centers on Savile’s status,” the report said. “He was a well-known national celebrity, praised for his substantial fund-raising efforts, and a household name to many.”

The home secretary, Theresa May, who is responsible for law enforcement in Britain, said: “This report brings into sharp focus police failings that allowed Savile to act with impunity over five decades. While we can never right this wrong, we must learn the lessons to prevent the same from ever happening again.”

5.9 A second computerised record is the reproduction of an anonymous letter dated 13 July 1998 and addressed to the Vice Squad/Unit at New Scotland Yard, London. We set it out in full here:
“I supply here information which if looked into by one of your officers will yield a secret life not unlike that of [name].
MPS force area. Boundary changes in 1999-2000 meant that, thereafter, the School became part of Surrey Police force area.

I can not (sic) give you my name as I am too closely involved and do not wish to be in the limelight and have the finger pointed at myself. If you think this is not a genuine letter, then it is your loss.

The image that JIMMY SAVILE has tried to portray over the years is someone who is deeply concerned with his fellow man; however, the thrust of this is entirely the opposite. His fund-raising activities are not out of altruistic motives, but purely for selfish advancement and an easy living. He has slimed his way in wherever possible. He has tried to hide his homosexuality, which in any event is an open secret with those who know; but did you know that he is also a deeply committed paedophile, and involved in buggery with young children.

An incident that happened some years ago (not that long) was when he was involved with a young „rent boy‟. This rent boy followed him to [place]. JIMMY SAVILE foolishly gave this rent boy his Leeds telephone number [set out in the text] which he has now subsequently changed; this was because he was having threatening calls from this rent boy, who was going to go to the press and expose him for his paedophilia, if he did not give him more money. I know at the time he was extremely angry and frightened. How it ended, I really do not know. What can not (sic) be acceptable and must be stopped is JIMMY SAVILE‟s paedophilia. I know he has pornography, but do not know which of his houses it is in. Regularly, he runs for the „Life‟ charity in Roundhay Park in Leeds, he would say „Now I‟ve had a run, I feel like some bum‟. And would then later in the evening go where the rent boys hang out.

He thinks he is untouchable because of the people he mixes with, and again I know from personal experience, that they find him amusing and the butt of many jokes. There are many more things I could tell you, but they are trivial in comparison to the main issue.
sickened. (sic) Please, do not let him get away with this perversion and that he feels immune because of the people he mixes with. There are too many of his perverted type around – don‟t let him continue to think he is untouchable, or that his secret is too well hidden. [Name] made a mistake, - don‟t let JIMMY SAVILE get away with it either.

When JIMMY SAVILE fails, and sooner or later he will, a lot of well-known personalities and past politicians are going to fall with him.
I have done my duty, my conscience is clear, you have the power, time, and resources at Scotland Yard to wheedle him out, and expose him for what he really is.
If you think this is a hoax, or a crank letter, think again. It is not I who suffer if you do nothing, but the children.”

In 1997 , the Conservative MP for Meriden, Iain Mills, was found dead in his flat in Dolphin Square, Pimlico.

Initially there was confusion over the cause of death but Westminster’s creepy coroner Paul Knapman soon recorded a verdict of alcohol poisoning.

Iain Mills, MP, was apparently found with extreme levels of alcohol in his blood and was surrounded by gin bottles.

The media blamed his death on the stress of being a parliamentarian and it was assumed he’d had an alcohol problem for many years.

This was at odds however with members of his local constituency group who insisted he was a teetotaler and only ever drank orange juice during the 20 years they knew him.

His untimely death was soon forgotten and to this day is rarely mentioned, but that might be about to change.

Could it be that Iain Mills MP was aware of the high -level paedophile ring operating in Dolphin Square and this knowledge led to his death?

That report from HMIC is like reading the Ryan Report.

In 1963, in Cheshire, a male victim reported an allegation of rape by Savile to
his local police officer the day after it occurred but was told to “forget about it”
and “move on”. The officer did not make a report of the allegation and,
consequently, an investigation was not undertaken. The second incident
involved the MPS when a man attended Vine Street police station in London to
report that his girlfriend had been assaulted at a recording of the BBC television
programme: Top of the Pops. He was told that he “could be arrested for making
such allegations” and sent on his way, presumably without a report being taken

Ward says his sources are various foreign language blogs - mainly French ones - implying that he had to translate the information back into English.

He could have spared himself the bother - the Mary Moss documents were transcribed by contributors to the (entirely English) David Icke forum months ago.

In 1997 , the Conservative MP for Meriden, Iain Mills, was found dead in his flat in Dolphin Square, Pimlico.

Initially there was confusion over the cause of death but Westminster’s creepy coroner Paul Knapman soon recorded a verdict of alcohol poisoning.

Iain Mills, MP, was apparently found with extreme levels of alcohol in his blood and was surrounded by gin bottles.

The media blamed his death on the stress of being a parliamentarian and it was assumed he’d had an alcohol problem for many years.

This was at odds however with members of his local constituency group who insisted he was a teetotaler and only ever drank orange juice during the 20 years they knew him.

His untimely death was soon forgotten and to this day is rarely mentioned, but that might be about to change.

Could it be that Iain Mills MP was aware of the high -level paedophile ring operating in Dolphin Square and this knowledge led to his death?

Seems to be a false lead. Allegedly this MP had a drink problem which he kept carefully hidden from constituents.

Cameron yesterday gave way to those that wish to corral the media and abolish freedom of expression in the UK.

Here is the start of the kick-back of the free press.

…Although not addressed in this report, it should be noted that the latest phase of the cover-up is being carried out with the de facto connivance of An Garda Síochána, the police force of the Republic of Ireland. It has declined to release crucial logs of visitors and cars to Mountbatten’s castle in County Sligo in the Republic. They could help establish that Mountbatten abused boys at it. An Garda Síochána is currently commanded by Drew Harris, a former RUC Special Branch officer. While he was in the RUC and PSNI, Harris was responsible for the suppression of incendiary files about British State collusion with Loyalist terrorists such as McKeaguue…

MI5, MI6, Buckingham Palace, The Royal Ulster Constabulary and the exploitation of children in care by a VIP Anglo-Irish Vice Ring. By Joseph de Burca. Introduction: This online book draws together… 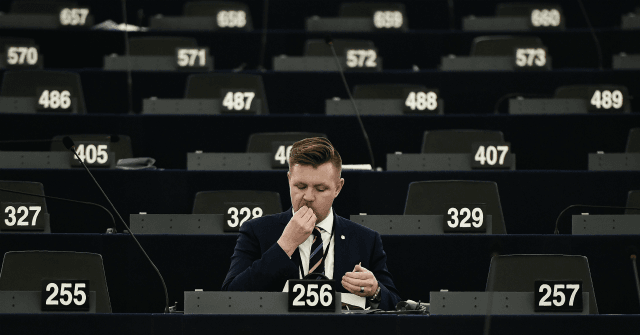 European Parliament member Fredrick Federley will be taking a break after his now-former partner was convicted of child sex abuse charges.

the MEP’s former partner was convicted of 22 counts of sexual assault of a child regarding incidents that took place in 2013 and 2014. He was also found guilty of 38 counts of child pornography offences and six counts of sexual harassment.

Center Party secretary Michael Arthursson commented on the announcement made by Federely saying, “Of course, we take this very seriously. These are truly heinous crimes for which this person is convicted. Fredrick Federley has been feeling bad for some time, which has escalated recently.”

Arthursson added that Federeley was seeking psychological help and has applied for sick leave.

I.e, in hiding and more to come out?

The conviction of Federeley’s former partner comes three years after a leading member of Pride Stockholm was fired after it emerged he had been convicted of raping a 13-year-old in 2011.

In 2019 another member of a Swedish gay pride movement was caught sending sexually explicit messages online to a person they thought was a 14-year-old boy. The account was actually being run at the time by undercover journalists.