House Prices Back at 2014 Price Levels?

Good points. But I believe that Cairn Homes put down the gauntlet during his interview on RTE yesterday when he admitted that the average cost of their 17,000 sites (mostly in Dublin) was €32k. If you take out the cost of the expensive sites e.g. the €175k per site in Donnybrook, the majority of their sites cost a lot less.

Since they build their 3 bed semis for less than €140k, I think the prices of many of their future 3 bed semis in Dublin are likely to be selling for well under the €300k mark as they compete with both Glenveagh and the second hand market for buyers. Cairn Homes can still make significant profits at these ‘low’ prices.

I believe the first casualties will be ex-corporation homes within the M50 and all other second hand homes within a certain distance of where they will be building before the impact starts spreading out into all other areas.

17,000 units is a lot to get rid of as they will be competing with future executor sales, people selling due to WFH, the so-called vulture funds getting out, Glenveagh, other small developers and many other sources of supply that will be entering the market e.g. student accommodation units converted to residential which brings the ex-rental properties people were previously renting back into the market etc. etc.

Buy now, lose your job later…so what, you’ll get a write down and be left where you are.

This is the reality, very little incentive to make sensible or prudent decisions even in the face of massive economic uncertainty as there are very little repercussions for people buying a PDH even at massively inflated prices as for the small 10-20% deposit they can buy themselves years in a house without any repayments so they’re winning either way.

people selling due to WFH

Are they going to live on the streets?

Mass emigration to Eastern Europe.
I see.
Hadn’t thought about that one as a possible impact on prices of family homes in Ireland

Many of the people working in Google and Facebook are managing the sales for other countries in Europe. Whether they’re currently renting or owners in Dublin, over the next 5 to 10 years (maybe much sooner), they will be given options to work from anywhere.

As Google and Facebook already have offices in many other european countries, this can be very easily arranged. Even if they did want them to come into the office one or two days a week, this can be arranged at their european bases.

Google and Facebook are now mature companies and if they can save on wage costs, they will start entertaining such long-term moves.

It’s not just rents in Ireland that annoys many eastern european workers, it’s our healthcare system, education system etc. etc. all are much much worse and more expensive than in their home countries. Many would only be too delighted to be offered the chance to return home, even for a much reduced salary.

What value would you put on apartments and houses in the Docklands area of Dublin if Google and Facebook substantially reduced their presence? 2011 prices? Lower?

Are you assuming they retain their Irish salary? Not a given by any means, if someone wants to move country but retain their employment then avoiding regional salary benchmarking / review by HR is difficult. You could do it for several months of the year perhaps. That benchmarking would mean the option to move back here wouldn’t be simple and a reverse benchmarking exercise might not be forthcoming.

Not at all. I said “even for a much reduced salary” and “Google and Facebook are now mature companies and if they can save on wage costs” so I would expect salaries to fall and I would expect many of the employees to accept that. If it’s a permanent move, the reverse benchmarking probably wouldn’t be applicable.

i think you took something from that interview that wasnt intended by Stanley.

He was pointing to their land costs to signal to investors that they will continue to be profitable and that the low average site costs will allow this. They will continue to sell at what the market will bear, a ‘price war’ between glenveagh and cairn is in neither of their interests.

Your right about neither wanting a price war and that they will charge what the market will bear.

But, in 2 or 5 years time, what will be the market price?

They must also compete with, not just Glenveagh, the Land Development Agency (if that ever takes off) etc., but also against, as I already stated, future executor sales, people selling due to WFH, the so-called vulture funds getting out, other small developers and many other sources of supply that will be entering the market e.g. student accommodation units converted to residential which brings the ex-rental properties people were previously renting back into the market etc. etc.

What I took from the interview is that he can significantly lower his prices further and still be profitable. Such a move would significantly impact the prices of all homes within Dublin. With 17,000 units to sell over the coming decade or so, I believe they will be aggressively targeting the lower end of the market with a knock-on impact on all ex-corporation and three bed semis in Dublin.

In a kind of feedback loop, the lower second hand homes go in price to compete with his A-rated new builds, the lower he will reduce his prices to keep sales up and so forth. He appears to have the firepower, scale and low cost base to engage in this strategy.

And just in case that’s not bad enough, I don’t believe the demand is really there. Below is the breakdown of the population increase in Ireland between 2011 and 2016. Most of the population increase since 2016 appears to be due to immigration to cater for house building which only really took off after that date. If house building stalls (due to lack of demand), those immigrants leave as they did after the last crash. Most of the IT jobs etc. were created prior to 2016. They may soon leave due to WFH, changes to the international tax regime etc. At the moment, we appear to be building homes for the construction workers building them.

I presume, given how emphatically negative you are on everything that could impact property in Ireland…from emigration to job losses to current housing oversupply to future economic storms heading for Ireland…that you wouldn’t dream of buying a house/apt here in a million years!

I presume, given how emphatically negative you are on everything that could impact property in Ireland…from emigration to job losses to current housing oversupply to future economic storms heading for Ireland…that you wouldn’t dream of buying a house/apt here in a million years!

Yeah, but I’m gonna buy three of them at €160k and corner the market! Unless someone else gets in at €170k.

Btw, the Irish CPI fell 1% in the month to August, and the ECB just published a baseline projection that says European inflation will be below target for years to come. But part of PropQueries thesis is that interest rates will rise, just because.

“Maybe” interest rates will rise
“Maybe” they will fall

In fairness the economic outlook is quite negative currently and it must be expected that this will feed into property prices (reductions) over the next 12-24 months.

The main assumptions informing this belief appear to be as follows -

The counter arguments as I see it are as follows -

As stated previously I think the odds are currently stronger in favour of the first set of scenarios. But what do I know.

While the trend towards WFH could have a negative impact on demand for commercial property, it could increase demand for certain types of residential property - also in and around Dublin. 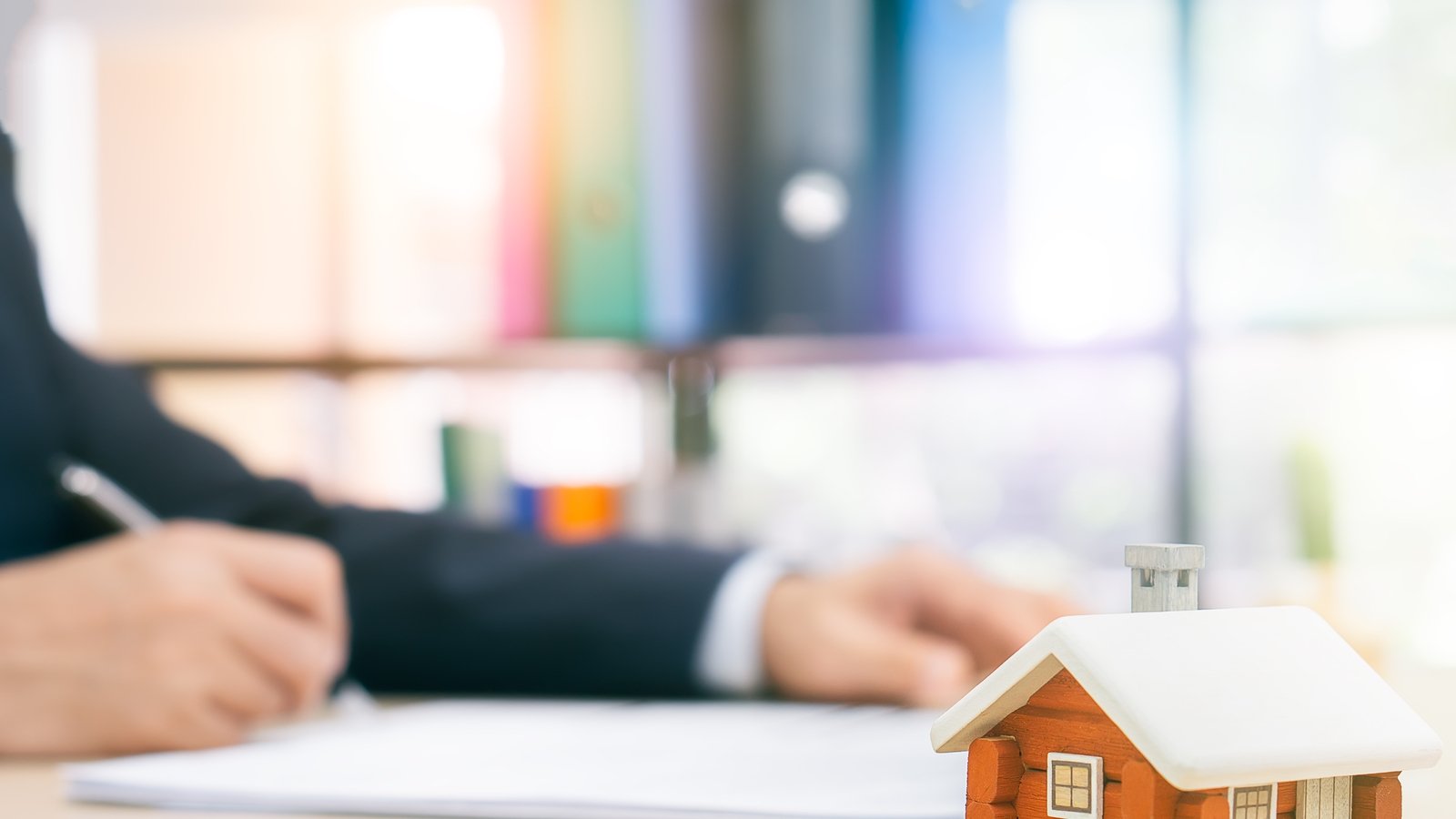 New figures from Banking and Payments Federation Ireland show that the monthly growth trend in the number of approved mortgages continued in August, while they continued to be lower on an annual basis.

QE continues in the US and EU, keeping asset prices artificially high. Not sure how great a drop in property prices that can lead to in coming year or two.

Also, we established it’s almost impossible to repossess here. Central Bank restrictions since the last crash make repossessions in the years ahead even less likely.

If anyone can envisage 2011-12 house prices again in the near future, they’re deluding themselves. “Maybe” we’ll get back to final quarter 2014 prices, eventually.

Your point re the inability to repossess properties is a negative, not a positive, for house prices. It will impact banks willingness to supply credit. Hence why Ulster Bank is getting out of Dodge. Lower supply of credit = lower prices. Cast. Iron. Guarantee.