House Prices Back at 2014 Price Levels?

There were also some other findings in the report:

“He said the reason for the Q3 rise in the annual figures lies in the fact that July to September is normally a weak period for pricing in the housing market, capturing the end of the summer season. With some pent-up demand caused by the constraints of lockdown and subsequent a “surge” in Q3 activity, the annual performance was flattered compared to last year’s normal weak period. Asking price inflation will likely fall back in Q4,” he said”

The finding that will most likely impact on future demand was on mortgage approvals:

“There was a quarterly rebound in mortgage approvals after lockdown in the third quarter to €670 million, but this was still down by roughly a third on the same period last year. Mr MacCoille estimated that transaction volumes in the period were down by about 37 per cent, which is only slightly better than the 40 per cent decline between April and June.”

He also commented: “The average mortgage approval in the quarter was €247,000 per application, which is up 4 per cent year-on-year. Mr MacCoille said this may have been because weaker and lower income applicants were weeded out of the system as many people among that cohort may have been excluded because they were on pandemic unemployment payments.”

So it looks like the figures are distorted by the Q2 sales just moving to Q3 and both the number of transactions and mortgage approvals in Q3 were still down by over a third in both cases. If both transactions and mortgage approvals were down over a third in Q3 on last years figures, I’m at a loss as to why I’ve being reading so much over the past three months about all this demand.

Cairn Homes also stated last month that they were already back to 85% of pre-covid construction levels, so it looks like new home building is holding up remarakably well despite the covid restrctions.

Link to article in Irish Times on the report here: https://www.irishtimes.com/business/house-asking-prices-rebound-but-will-likely-fall-again-myhome-1.4368771

Do you accept this is evidence that house prices are not (yet) back to 2014 levels - as you originally postulated - based on actual available data?

this has been clarified on boards, the second phase of apartments is 20% smaller than phase one hence the price decrease.

Do you think 560 represents value now (as an investor I mean)?

House prices in the UK hit an all-time high in September, continuing a surge that has taken many experts by surprise as the country grapples with the economic fallout of coronavirus. Nationwide, the building society, said on Wednesday that average prices increased 0.9 per cent between August and September, putting them 5 per cent higher than at the same time last year. “The rebound reflects a number of factors. Pent-up demand is coming through, with decisions taken to move before lockdown now progressing. The stamp duty holiday is adding to momentum by bringing purchases forward. Behavioural shifts may also be boosting activity as people reassess their housing needs and preferences as a result of life in lockdown,” said Robert Gardner, Nationwide’s chief economist. Prices have risen in line with demand, which was released when lockdown restrictions eased in May. Mortgage approvals for home purchases hit 84,700 in August, the highest level since 2007 and well above the 66,300 approved in July, according to Bank of England data published on Tuesday. But the headline price growth obscures an increasingly divided market. “These averages are useful for macroeconomic analysis but for your average homeowner, it’s what’s happening locally that matters,” said Richard Donnell, head of research at property portal Zoopla. “There’s thousands of housing markets out there, each with their own distinct trend, and there’s parts of the country where the market remains weak.” An analysis by Zoopla published this week found that first-time buyers were being squeezed out of the market, as access to the high loan-to-value mortgages on which many rely is restricted. Nationwide’s analysis found younger people were far more likely than older buyers to be putting off plans to move, with concerns around job security and future price falls causing many to hesitate. Existing property owners, meanwhile, account for a growing proportion of the market, with shifting lifestyle preferences one reason for moves. More than a third of buyers surveyed by Nationwide said they were looking to relocate, and 30 per cent said they were seeking homes with more outdoor space. There are fears that the market rally may be short-lived. The end of the government’s furlough scheme next month is likely to result in a spike in unemployment. It’s replacement, the job support scheme, is a less generous measure that chancellor Rishi Sunak has warned will not protect all jobs. With coronavirus rates rising rapidly, Prime Minister Boris Johnson has also introduced new local lockdowns and warned that restrictions could last a further six months, raising questions for the economy. Moreover the stamp duty holiday, introduced in July, is due to end in March next year. The measure, which lifts the threshold at which the purchase tax kicks in from £125,000 to £500,000 in England and Northern Ireland, saves buyers up to £15,000 and is one of the reasons behind the current spike in prices and transactions. Despite the dangers ahead, some experts believe the market will be stronger than expected next year. Savills, the estate agency, revised its price forecasts upwards on Tuesday. Having anticipated a 5-10 per cent fall in prices in the months following the UK’s lockdown in March, the company now predicts prices will rise 4 per cent this year and plateau in 2021 — albeit on the assumptions that there is no second shutdown of the housing market and that a vaccine becomes available next year. “The pace of change in the UK housing market has taken us all by surprise over the past few months, suggesting normal rules simply don’t apply,” said Lucian Cook, head of residential research at Savills.

Thanks for the link to the article. Actually very interesting. However, here’s the counter argument to the same report from CNN Business:

“But a relatively small number of wealthy buyers who already own properties appear to be driving the recovery, raising questions as to how long the boom will last, particularly if the economy’s prospects worsen.”

“The number of sales of homes costing over £1 million ($1.3 million) in the first half of August was more than double the same period last year, following huge increases in June and July, according to housing market data provider, TwentyCi.”

“A decline in housing market activity is borne out by transaction data. The UK tax authority estimates that residential transactions in August were nearly a quarter below the same month last year.”

Which begs the obvious question. If transactions are down 25% - 30% in both Ireland and the UK, why have we been constantly reading media reports of a massive jump in house buying over the past few months?

Which begs the obvious question. If transactions are down 25% - 30% in both Ireland and the UK, why have we been constantly reading media reports of a massive jump in house buying over the past few months?

I watch the PPR and Myhome Dublin figures on a weekly basis. I do note the median asking price even though they’re not really a reliable barometer of anything except asking prices. The median asking price has been between 395 and 400 for almost all of the last year. Currently supply is around 4500. Last year at this time it was around 5600. In December and January (BEFORE Covid) it was running at 4100 to 4200 and remained at that in February and March. Median selling prices were 357 (Jan and Feb) 355 (Mar) 370 (Apr) 345 (May) 340 (Jun) 357 (Jul) 363 (Aug) 345 (Sep). July can probably be viewed as complete Aug and Sep still need to complete. 3 weekly rolling weekly sales averages have risen from about 210 (ca 60 new sales) in early August to 251 (65 new sales) now.

In terms of the breakdown in transactions the percentage of sales over 600k has remained around 15% in each of the months this year (up to August).

Recent reports from vested interests don’t really reflect what I see in the figures that I collect.

why have we been constantly reading media reports of a massive jump in house buying over the past few months?

Where did you read this?
From what I’ve read, it has been generally acknowledged that sales volumes are down, but prices are stable or slightly up.

In the Irish Times on 9th July: “Early signals from house buyers post-Covid-19 indicate demand for housing stock remains stable and has been unaffected by the coronavirus.”

It’s now three months later and transactions have been shown to be probably down over 30% in the past three months compared to the same quarter in 2019. If that’s the current definition of “unaffected”, maybe I need a new and more up to date dictionary.

if that equates to the media reporting a massive jump in house buying then maybe i need a new and more up to date dictionary as well.

Sssh don’t be talking down the market lad.

Remember I said ye were facing into a long sh*tty winter of lockdowns??

Good luck selling between now and next Spring…

But of course, I’m sure house prices will go up…

How’s all over in Oz?
What’s the market like there? Is it as goosed as Ireland?
Threads on here been predicting collapses in property prices there for the last 10 years, has it materialised?

Australia is a big country - there’s a few different markets. The market in Melbourne is falling - not free-falling - but definitely going south, mainly due to the lockdowns. It’s different elsewhere. However, overall, it’s an artificial market right now as the banks have deferred mortgage repayments and there is a moratorium on rental evictions (combined with forced rental decreases). It will only become real next year. But even then, the government here will basically do whatever it takes to prop up the market. Regardless of banks and governments, a huge fall in immigration will have a negative impact on things - to a large degree, high immigration has been helping fuel demand. I can’t see the large property price growth of the last 20 years being repeated…

Remember I said ye were facing into a long sh*tty winter of lockdowns??

Good luck selling between now and next Spring…

But of course, I’m sure house prices will go up… 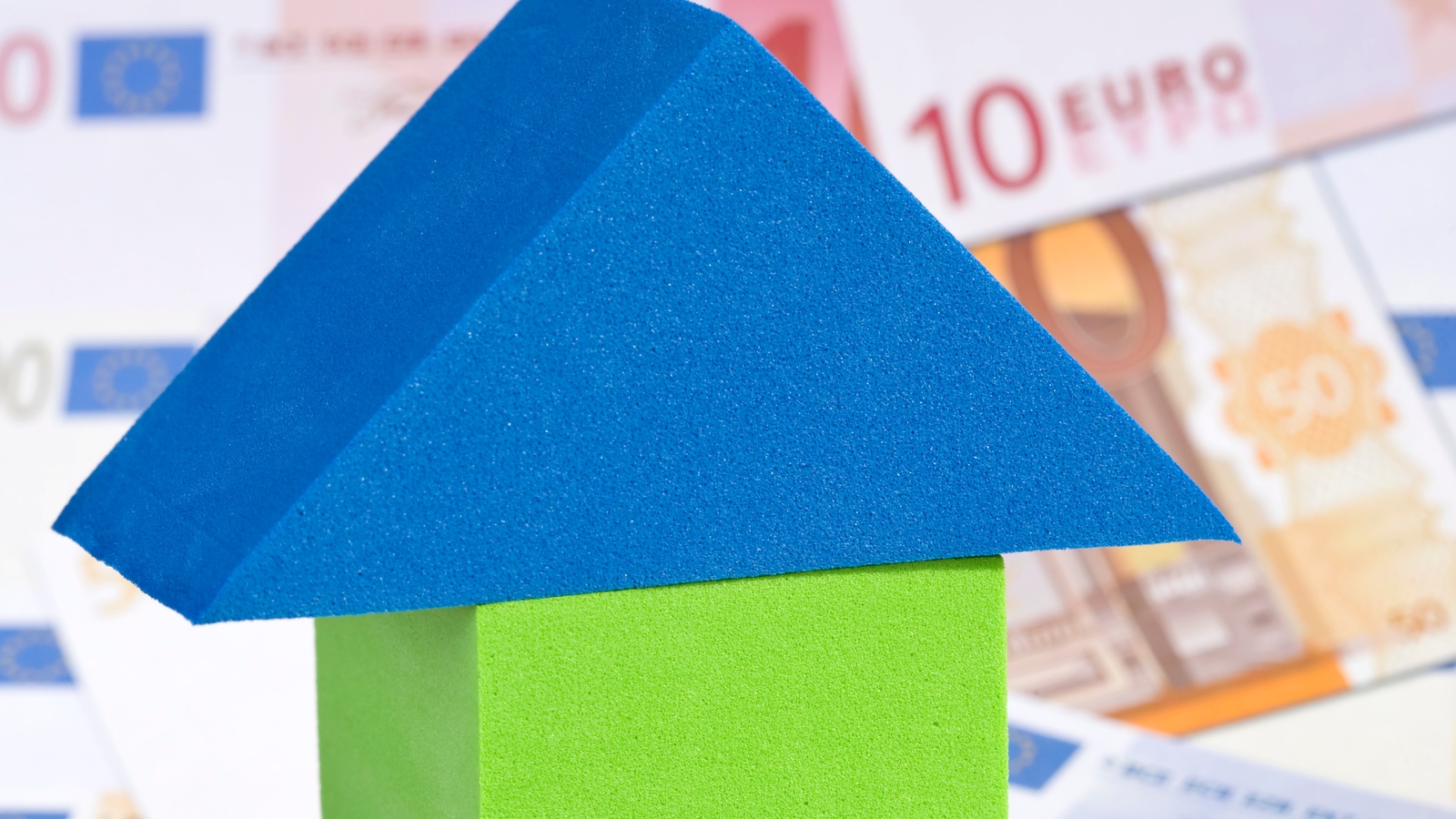 Fall in supply pushes home prices up 4.8% in Q3

House prices rose by 4.8% between June and September, the latest Daft.ie House Price Report shows today, as the number of homes on sale in Ireland hit a 14-year low.