With the direction the Democrats are moving to its a clever move, but as foreign policy its dumb

Could you outline more what that direction is or at leat how you perceive it? Thanks.

Ilhan Omar and people like her are the future of the Democrats, Omar won her seat from Phyllis Kahn, I wonder when she lost the primary did it occur to Phyllis that importing so many Somalis to Minnesota isn’t such a great idea after all, the muslims were imported to vote for Phyllis (doing a job Americans no longer want to do) not take her job

Who are the Biggest Donors?

Who are the biggest donors in the 2020 election cycle? See the details.

Take a look at the list of big donors, I doubt the likes of Bloomberg or Soros want to donate their millions to a party controlled by Omar or Keith Ellison, or course 20 years from now Soros won’t be giving money to anyone, will be interesting to see if his son takes up the slack

Despite only being in office since 2017 Omar is already having an effect, a number of the candidates in the race to lose to Trump won’t be attending the AIPAC this year 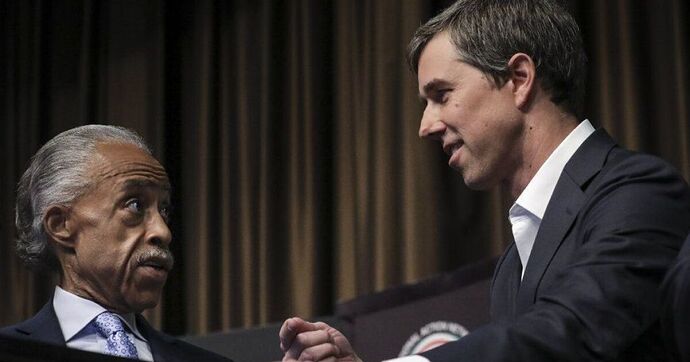 For Democrats, all paths to the White House run through the House of Sharpton

A glimpse at the guest list for the Rev.

A glimpse at the guest list for the Rev. Al Sharpton’s confab here this week would surely astonish any New Yorker arriving in a time machine from the 1980s. Every major Democrat who has launched a White House bid has cleared their schedule to get in front of the Reverend.

Few things once seemed more improbable, save perhaps for the White House being occupied by Donald Trump, who once competed with Sharpton for screaming tabloid headlines and airtime on what was then a nascent medium known as “trash TV.”

But today, Sharpton’s approval is sought by political candidates far and near. The crusadeshe launched decades ago against police abuse and racist enforcement of drug laws — back when his issues were widely denigrated as fringe and his look ran to velour tracksuits, giant gold medallions and a pompadour the size of Queens — are now central to the speeches of almost every Democratic 2020 hopeful.

The lifelong preacher and political bomb thrower, the man New York mayors once did not want in their city, much less near their offices, says it is not he who has changed, but the nation’s politics.

“I don’t think I am a different type of leader, I think these are different times,” he said in a phone interview days before the candidates arrived in New York. “It is more the evolution of Sharpton than the changing of Sharpton.” 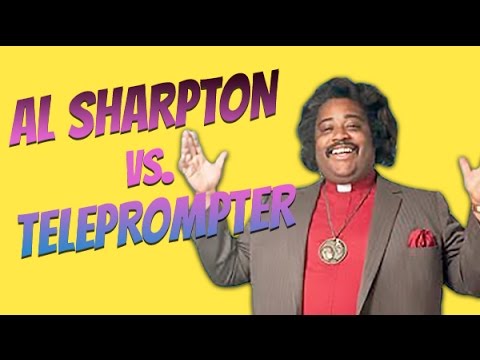 Its worrying that the Democrats hoping to win the primaries have to bow down and lick the boots of an illiterate scam artist. He told us it was coming, but poor Tom Wolfe died too soon, he would have loved this 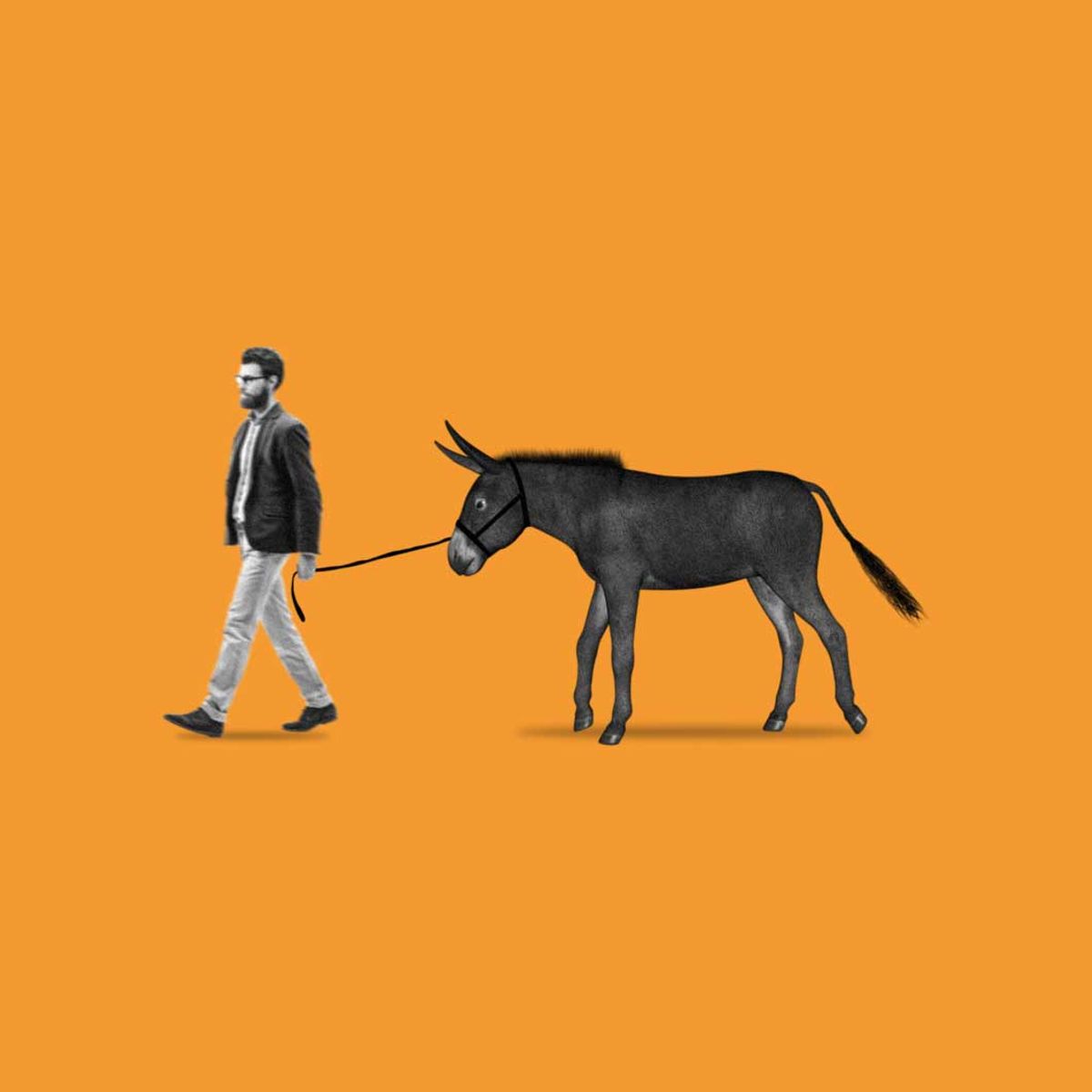 Learn how wokeness is transforming American moral politics through the prevalence of White Savior tropes in films and pop culture.

A sea change has taken place in American political life. The force driving this change is the digital era style of moral politics known as “wokeness,” a phenomenon that has become pervasive in recent years and yet remains elusive as even experts struggle to give it a clear definition and accurately measure its impact. Where did it come from? What do its adherents believe? Is it just something happening inside the Twitter bubble and on college campuses or is it really spreading across the social and cultural landscape and transforming the country as sometimes appears to be the case? In reality, “wokeness”—a term that originated in black popular culture—is a broad euphemism for a more narrow phenomenon: the rapidly changing political ideology of white liberals that is remaking American politics.

A sea change has taken place in American political life. The force driving this change is the digital era style of moral politics known as “wokeness,” a phenomenon that has become pervasive in recent years and yet remains elusive as even experts struggle to give it a clear definition and accurately measure its impact. Where did it come from? What do its adherents believe? Is it just something happening inside the Twitter bubble and on college campuses or is it really spreading across the social and cultural landscape and transforming the country as sometimes appears to be the case? In reality, “wokeness”—a term that originated in black popular culture—is a broad euphemism for a more narrow phenomenon: the rapidly changing political ideology of white liberals that is remaking American politics.

What do you think is the overall aim of that entire piece?

Pressing the panic button ! They have lost control of the Awokening. It’s impossible to control it so what we’ll see to bolster the Israeli position is more Holocaust films and films with palestinian terrorists who just hate everyone for no reason at all and are impossible to reason with.

You really need to stop believing everything you see on Buzzfeed, Salon, Vice, Huff Post etc. All are deeply untrustworthy and massively biased. 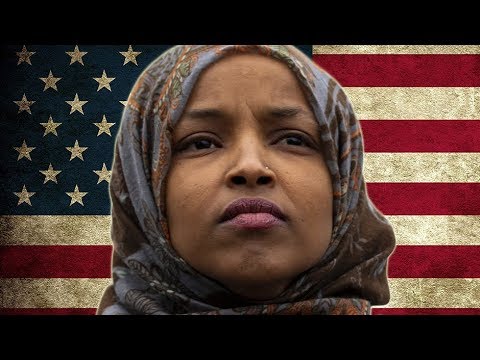 Yeah - I see what you mean. That guys a complete fruitcake. 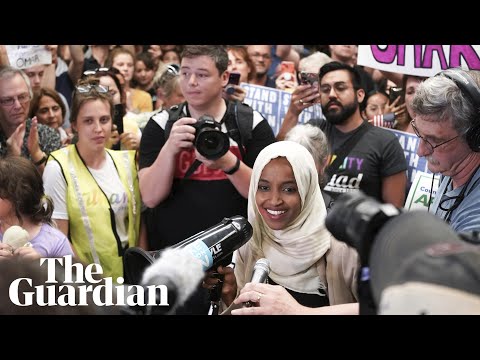 Rent a crowd. There are no more than twenty people there and most are reporters. Let’s not forget she has an approval rating of 9%.

Omar, Arrested for trespass in an hotel back in 2013

The incident took place on January 18, 2013 following an event at the Minneapolis Convention Center featuring former Somali President Hassan Sheikh Mohamud. The Somali president was set to stay the night at the Hotel Ivy, causing large groups of Somalis to follow the presidential convoy to the hotel, including Omar.

Interestingly, Trump said it was a “fact” she was married to her brother but didn’t know anything about it.

A 2018 piece over at pjmedia.com reads as a very involved and potential exposé, containing a number of revealing social media screen captures alleged to be since deleted by Omar according to the author Dave Steinberg.

Just months after getting married in Minnesota in 2009, Rep. Omar and Ahmed Elmi moved to Fargo, North Dakota. They both enrolled at North Dakota State University.

They both attended NDSU between 2009 and 2011. And that – according to Rep. Omar herself – was effectively the end of the marriage.

See the documents posted above: During her 2017 divorce proceedings, Rep. Omar swore under penalty of perjury that she never again had contact with Ahmed Elmi after June 2011. She filed for a default divorce, attesting that she could not locate Elmi to serve him the papers.

Without context, a brief marriage to a foreign national which begins and ends while both spouses attend the same university is not necessarily worth investigating.

However, Rep. Omar – per her own statement – had married another man, Ahmed Hirsi, by Islamic ceremony in 2002. And publicly available address records show that Ahmed Hirsi also moved to North Dakota from 2009 until 2011.

There was no “break” for Omar and Hirsi.

Then, Rep. Omar herself – perhaps in a moment of carelessness – admitted to a reporter in 2013 that Hirsi and their two children were living with her as she attended NDSU.

To summarize: There is zero evidence that Omar ever separated from Ahmed Hirsi. But there is evidence in the form of: 1) publicly available records, and 2) Rep. Omar’s own admission, that Omar has lived with Hirsi without interruption for 16 years.

There is simply no level of support for the “Squad of 4’s” policies amongst the voting public in the US. They are wasting their time and the doing their bit to ruin the chances of a Democratic win.

Though in fairness the Democratic candidates are doing their own level best to destroy the Presidential bid. All raised their hand when asked would they extend healthcare to Undocumented Immigrants.

Absolutely correct. Omar has an approval rating of 9% and OCS of 22% according to a recent democrat poll of swing-state voters. And 18% have a positive view of socialism.

Omar is correct to be critical of AIPAC. This organization was founded to circumvent FARA rules on foreign agent registration and nothing has changed since then. No American politician should be associated with it.