" If you apply for asylum in Denmark, you know that you will be sent back to a country outside Europe, and therefore we hope that people will stop seeking asylum in Denmark ," said government spokesman Rasmus Stoklund, quoted by Reuters news agency. 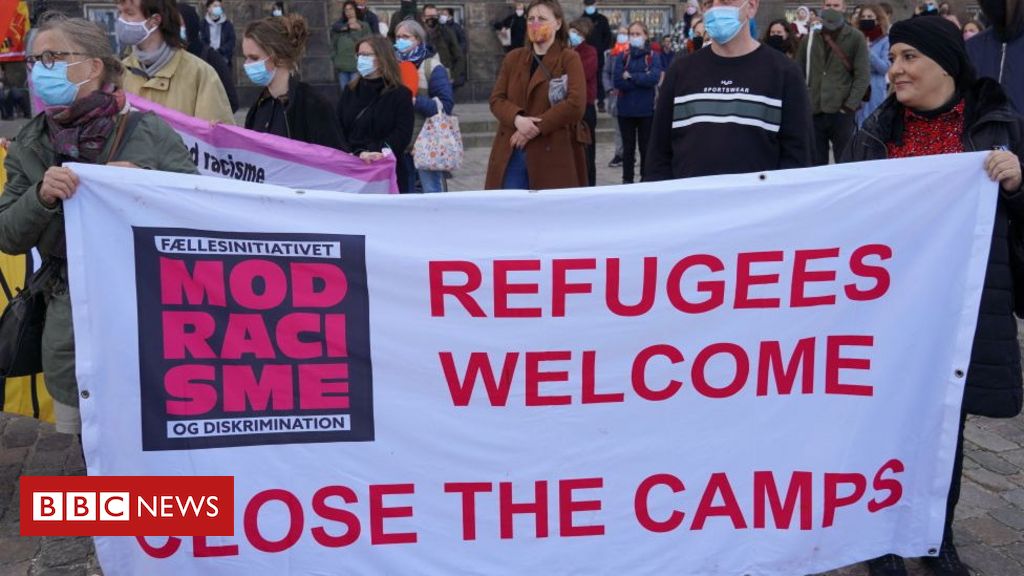 MPs back a bill allowing relocation of asylum seekers outside the EU while their cases are reviewed. 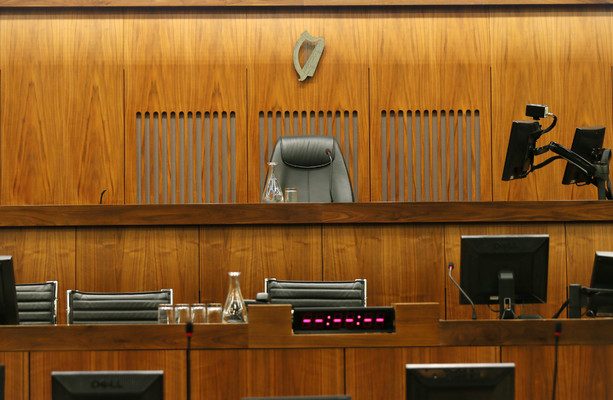 It’s believed to be the first conviction of its type in Ireland.

One witness gave evidence that she was trafficked into Ireland on a promise by Edosa of earning up to €3,500 per month by working as a shop assistant but was forced into prostitution within days of arriving in Ireland which had been described to her as “the land of milk and honey”.

The 26-year-old mother of one said she had felt betrayed by Edosa who had arranged her travel from Nigeria to Ireland via Libya and Italy.

She recounted how she had been raped in Tripoli and used a false Irish passport to get through immigration at Dublin Airport.

The trial heard that Edosa had kept €44,000 of the woman’s earnings while also threatening to kill her son and entire family back in Nigeria if she did not follow instructions.

“I was like a sex machine and money-making machine for her,” the witness remarked.

She recounted how if she collected €1,000, she was only allowed to keep €10 for herself which sometimes left her starving for days.

The woman told counsel for the DPP, Fiona Murphy SC, that she would never have left Nigeria if she knew that she would end up working as a prostitute in Ireland.

Korean couples can’t afford a house and a baby

But it is not just the risk of people losing cash by overpaying on property that is worrying policy-makers.
Sky-high home prices are being blamed for one of the major societal issues in Korea today: its shrinking population.
Last year, South Korea recorded the lowest fertility rate in the developed world, at just 0.84 expected babies for each woman.

'We have to move': This is what life is like in the fastest growing property...

If the rate of Australian home price rises is bringing a tear to your eye, you're unlikely to find much sympathy from South Koreans, who are trying to buy into one of the hottest property markets in the world.

Nowhere to defect to.

A North Korean defector who attended Columbia said even the regime she grew up in “was not this nuts” after she got a taste of “woke” indoctrination.

The Irish Defence Forces is “broken” with wages so low that some soldiers are facing homelessness and being told not to have children, writes Joyce ...

When they did a net breakdown of actual contributions to the economy of the Netherlands by different type of immigrants turns out highly educated immigrants and those who move to take up a job are all net contributors. Every other group, especially asylum seekers and immigrant from Margreb and Horn of Africa areas are a huge net cost to the Dutch taxpayer over their lifetime. Basically plus 250K net from educated / employed immigrants, up to minus 600K from all the rest.

When added to the low educational achievement of their kids and grand kids (by this stage) all that a non points based immigration system does, which is EU policy, is import a huge new welfare dependent underclass.

Since Australia has been closed for a year there is now a stream of claims that wages will rise because of the lack of skilled labour. So while skilled migration is useful it is a double edged sword and we already know what many of our politicians would do

He said since employers could not “tap global labour markets” for workers like they used to, before the pandemic, Australia was starting to see pockets of wage increases in the economy.
“What used to happen before the pandemic is if there was a shortage in the labour market for a particular skill, firms could go overseas and tap the global labour market,” Dr Lowe said.
“That meant that if there was very strong demand for workers with a particular skill, the price, the wage, didn’t really move very much because you could go and get workers overseas.”
Dr Lowe said Australia’s level of immigration wasn’t necessarily the issue at the moment, it was the inability of employers to import workers from overseas to fill roles where there are labour shortages.

Dr Lowe said many firms were even trying to hold out until borders reopened.
“Firms are saying ‘well we don’t want to bid up the cost base now, because perhaps towards the end of the year there’ll be a way to get workers to come back in with skills that we really need’,” he said.
If that didn’t happen, he added, and borders were still closed a year from now, we would see more upward pressure on wages and inflation.
“It’s one of the uncertainties,” he said. 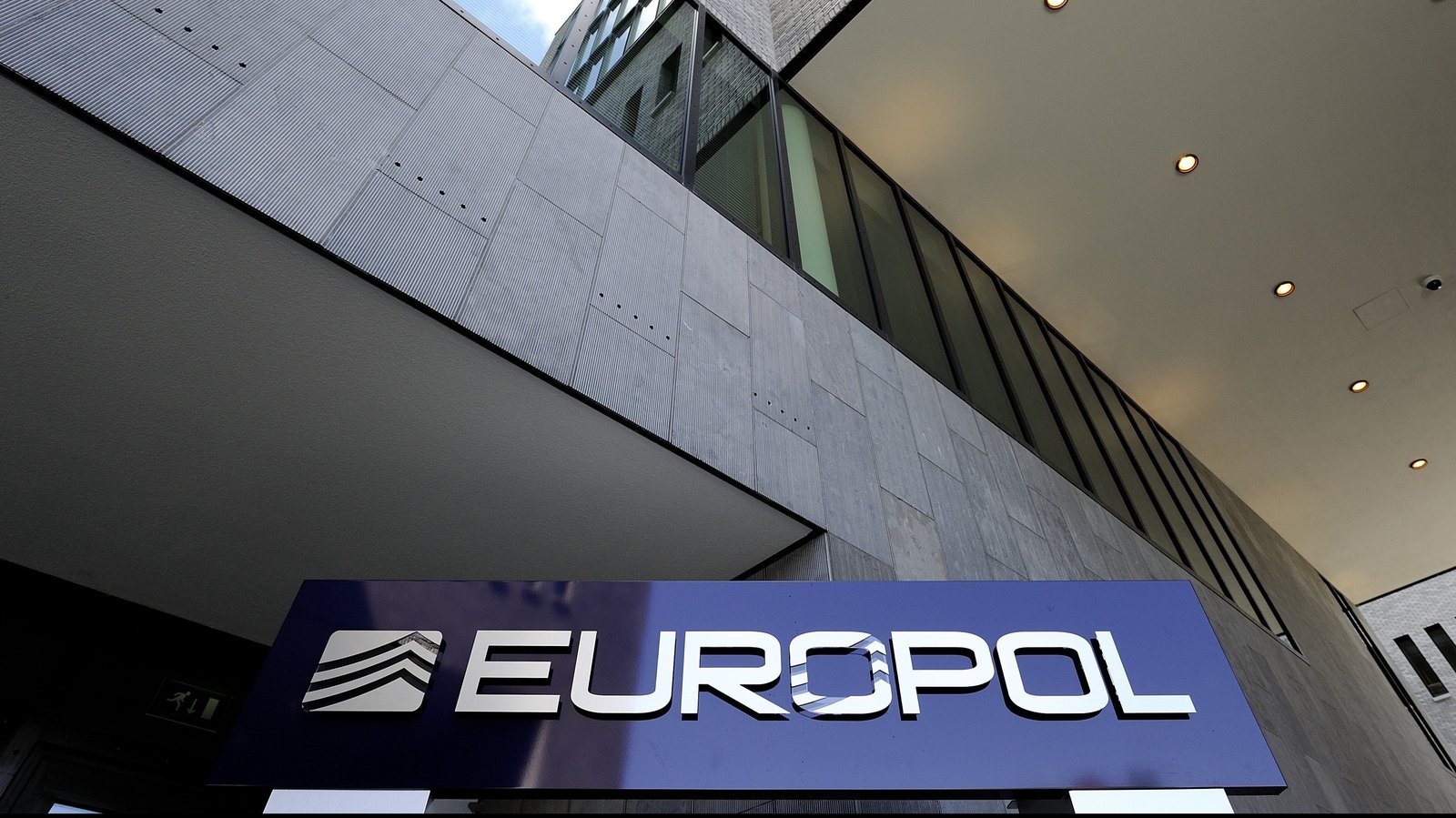 24 arrests for terrorism offences in Ireland in 2020

Twenty-four people were arrested for terrorism offences in Ireland last year, 18 of them for suspected Jihadist terrorist offences according to a new report by the European Policing agency Europol.

That’s 18 Jihadist terrorist arrests we didn’t used to have.

6 arrests for dissident republicans in contrast. So the Jihadists outnumbered them 3:1

Fun one for today:

A pro-Islamic Party Nyanset (Nuance Party) is targeting Sweden’s Turkish and Muslim communities in a bid to reach the election threshold of 4% and enter parliament in the 2022 elections.

Party leader Mikail Yüksel announced to his 200 followers on TikTok on Friday that the party’s posters have even been put up in Turkey. Founded in 2019, the party could potentially gain a large following in Sweden, which is home to an estimated 810,000 Muslims, or around 8.1% of the population. Of these, around 50,000 people have Turkish origins.

Specialist investigators from the Gardai’s Counter Terrorism International Unit - part of the Special Detective Unit - established that cash from PUP payments was being transferred to groups such as Islamic State in Syria and Hamas in Lebanon.

That’s Racist. Or ist. Or phobic. 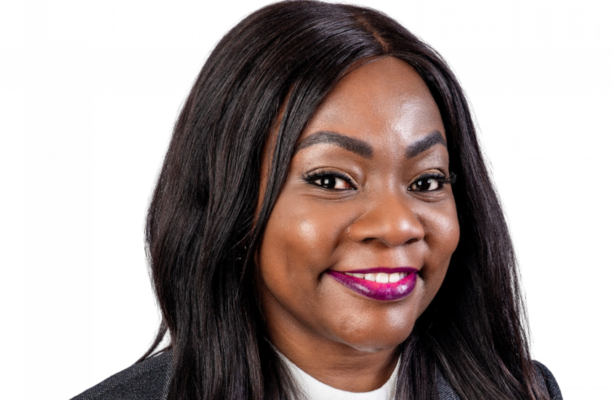 Uruemu Adejinmi has been elected Cathaoirleach of the Longford Municipal District.

“I started actively engaging with my friends, encouraging them and sharing the advantages of getting more politically active, because we talk about issues in terms of getting access to work, getting equal opportunity, and government is where policy is decided upon, where legislation is drawn up,” Adejinmi said.

This is where we can really try to start influencing things to make sure that when policies are being rolled out, when regulations are being made, every aspect of society is being catered for,” she said.

Longford is a great bastion of diversity at this stage. No doubt the large number of empties 10 years ago was not a coincidence.

The irony of Fianna Fail, the great isolationists of the past going full on ‘woke’, who would have seen it coming 25 years ago

For the specifics: in 2019 she received 248 votes, placing her 30th overall in the 18 seat county council and 10th in Longford Town which has 7 seats. This is a textbook example of how the NGO complex is subverting democracy; I assume a Seanad seat is already being sized up for her. The comments from the NPCs in The Journal are a clue to how this is being enabled: they are literally just repeating back slogans about diversity and progress that the regime has been pumping out. Some of them are saying this is one in the eye for Justin Barrett, which is ironic IMO, because one could make an argument that Adejinmi is actually a low-level and unwitting functionary in a fascist movement.

And the usual bland, non-descriptive explanation of origin that we see on all these stories about African immigrants
“Adejinmi came to Longford from Nigeria in 2003”

So she came either as an asylum seeker (90% or so of whom are bogus) or she exploited the Irish born baby citizenship loophole at the time.
Either way, she scammed her way into the country but that will never be mentioned.

Tracy Brabin Labour A by-election is scheduled to be held in the UK parliamentary constituency of Batley and Spen on 1 July 2021, following the resignation of the previous Member of Parliament (MP) Tracy Brabin, who was elected Mayor of West Yorkshire. Under the devolution agreement, the position holds the powers and responsibilities of a police and crime commissioner, meaning the occupant of the office cannot simultaneously sit as an MP. The by-election will be the fourth of the 58th Parli...

More than 20% of the electorate are of south Asian origin, and were a major target of electioneering by Workers Party candidate George Galloway concentrating on the issues of the Palestinian territories, the Kashmir conflict, criticism of Labour leader Keir Starmer, the suspension of a teacher for showing a cartoon of Muhammad at Batley Grammar School and the reopening of a police station in Batley. Historically this community were strong supporters of the Labour Party, but there has been discontent at the waiving of Labour party rules to allow Leadbeater to be the only local candidate in the selection process, excluding local councillors from the community.[26][50][51][52]

On 26 June, Kim Leadbeater was heckled and chased by a group of men while campaigning, after being questioned about her support for LGBT rights and her party’s position on Kashmir.[54] The man who challenged her claimed to be speaking on behalf of Muslim parents in the region and had led protests against LGBT-inclusive teaching at schools in Birmingham.[55] During an interview following the incident, Leadbeater accused Galloway of laughing at the situation from across the street. Galloway called the accusation “a lie” and condemned the abuse Leadbeater faced.[56] On 27 June, Brabin and a group of Labour campaigners were attacked by three men.[57]