Listen, it’s over, if this remains unchallenged.

The UN/ Migration Pact thing gives anyone the same rights as you when they land here. However they land here. It’s Bananas. You do not have a country under such arrangements.

If the media reported 1% of the level of fraud (which is probably now legalized, so reported actually how the system now works to house the rest of the world - not hyperbole, but fact) being perpetrated within the social housing system, it would be so extreme I think people wouldn’t actually believe it, but they may be more open to it now that say a few years ago.

No one has faced anything like this, so they don’t have a model to compare it to, they exist in their reality while the globalist construct their magical kingdom all around you.

If the social housing system were audited tomorrow. There might be a revolution the likes you’ve never seen.

They have hidden very well everything until a story like this occurs.

Then some questions get asked, but often not right ones and well, a rusty nail sticking out type story is easy to hammer out of sight and out of mind, as long as there are not to many.

A moratorium on madness is never too late whenever it occurs, but occur it must.

Migrate to Australia and they will ask all about any criminal past and require police checks if you want permanent residency.

Move across large areas with open borders allows truly dangerous criminals to escape suspicion anonymously and UNCHECKED to commit terrible crimes such as this murder.

Consider a scenario where you only allowed migration from somewhere with a similar or even lower crime rate. The fact that it is unchecked and anonymous means these types of scum get will tend to be over represented

Developing and tragic story this evening. May she rest in peace.

As @FreeFallin said, you’re already falling Into the trap of the broadening & diversion of the pro migration Left. “Heathy male outlets” has nothing whatsoever to do with the partly ethnic rage that an alcoholic Romanian petty criminal (in terms of convictions anyway, probably not offences) shows here. Why is an alcoholic criminal Romanian allowed to live in Tullamore for 20 years ? WE DON’T HAVE TO LIVE THIS WAY

Also in terms of female behaviour here, you may well find that women were drawn to this dark creep, as they often are to dark hearted creeps.

Christ, a lot to unpack in that. Pretty much the only female contributor that I regularly see on this site tries to provide a female perspective and instead of maybe countenancing that you immediately go on the offensive and accuse her of being brainwashed by the “pro migration Left”. You do nothing to disprove her point of demonstrable male aggression in Ireland. You just launch into your usual nationalist and overtly bloody racist crap about his “ethnic rage” and call him an alcoholic (we have plenty of our own abusive alco Irish males too, by the way - maybe it was one of them?).

Not content with racism you then put the cherry on top with some beautiful misogynism that “women were drawn to this dark creep, as they often are”. Fcking hell.

There is of course the point that the person/“dark creep” in question has been ruled out and was likely only implicated by someone resentful of him to begin with, but don’t let that get in the way.

Reminder: I think your views on migration & previous attempts at tone policing make you an a$$ clown…and 7 people here agree with me

Pointing and smirking at Britain right now is like telling a heroin addict that the withdrawal symptoms prove he should stay on the drugs. The Liberal paradigm that we live in shapes all our views even if we wouldn’t want it to. The Liberal paradigm is incapable of prohibiting migration from “Lands that are unwelcome”. That would be “discrimination”. And even if we introduced a quasi discriminatory “points based system like Australia” that just means you get middle class outsiders whose desce…

(we have plenty of our own abusive alco Irish males too, by the way - maybe it was one of them?).

You’ve previously said you weren’t Irish. So what’s this “we” business?. As we do have our own petty and serious criminals why would we want foreign ones to live here.

women were drawn to this dark creep, as they often are”. Fcking hell.

It’s not my fault if you havent heard of hybristophilia. Trust the science. The killer of Sarah Everard had a woman covering for him.

Ha, care to point me towards that?! I am Irish. You indicating that this woman may have been drawn to him - did she stop mid run and try to chat him up?! - doesn’t make you an ass. It makes you a sad, sad little man. You demonstrably hate foreigners. You demonstrably dislike women. You had zero sympathy for the victim here - you were just delighted it was a Romanian being detained. You had zero useful response to Diana’s initial comment other than trying to say what she felt, as a woman, was wrong. And insinuating at the end that it was actually the victim’s fault here for getting killed for being drawn to him. Genuinely revolting.

Blind nationalism like yours primes the gullible, stokes your sense of victimhood and to lash out like you’re being attacked, and IMO leaves you vulnerable to all manner of conspiracy.

You’re a sick sick man who thinks I thought the victim caused her death. You humiliate yourself with your ignorance & low comprehension level. I was (of course) referring to murdeous men with dark personalities not being incel losers but in contrast having women at home who are drawn to them and cover for them. We will see.

My nationalism has been considered perfectly normal for 1970 of the last 2021 years. You’re the blind, gullible fool.

The simple points that were made were that plenty of sick women enable sick men - Myra Hindley, and what was it you saw in the psychopathic murderer Fred, Mrs West being two very obvious examples and that we have imported some of the dregs of Europe and Africa.

If people can’t even raise these points on an open minded site like this without some cringe reply of “toxic masculinity” and “weren’t you delighted he was brown” what’s the point of the place.

You can. Please do. Debate and free speech. 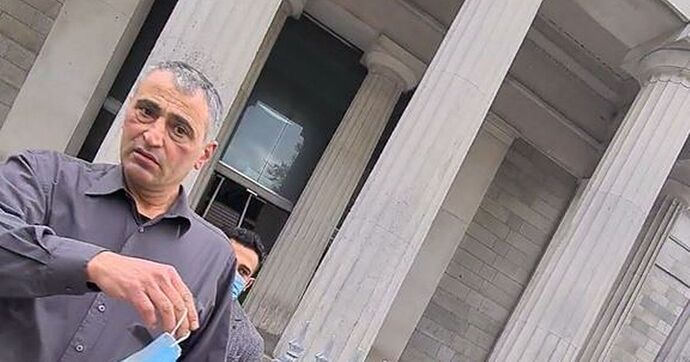 Exclusive: Hojatullah Surkahrezi also sent the Louth County Council Housing Officer numerous text messages claiming he knew where the official lived and that he’d sell him to the mafia in Eastern Europe

Defence barrister Stephen Faulkner said the defendant was apologetic and very remorseful for his actions and wrote a letter of apology to Mr McArdle.
“He found it difficult seeing his mum isolated in a Dundalk hotel,” said Mr Faulkner, adding the defendant was in the Iranian army for eight years in the frontline of the war between Iran and Iraq.
“He witnessed extreme atrocities during that war,” said Mr Faulker and explained the defendant now suffers from Post Traumatic Stress Disorder.
“He is a mechanic and has his own garage here,” Mr Faulkner said.

See, he’s a business owner. So in Leo Varadkar/Fine Gael terms this would be a model migrant.

Are we to assume that the Irish state now supports the mother into her old age? We are not told 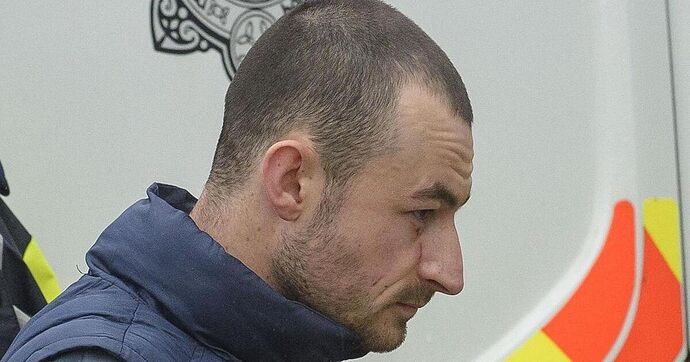 The granting of a visa to British far-right commentator Katie Hopkins is under investigation by the Austra...

Can you spot the odd one out? That’s right - there isn’t one. 100% of stabbing victims in London last year are “people of colour”… 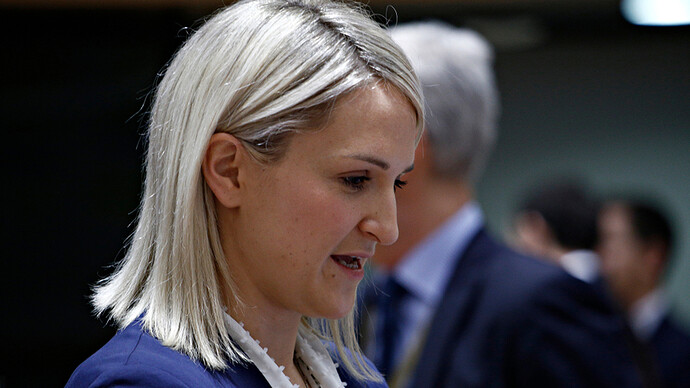 Neither the Minister nor her Department have been able to stand over the figures they've been using when discussing their planned amnesty.

The figure of 17,000 has often been presented as if it represents a cap on the number of illegal immigrants who will be granted amnesty under the government’s new scheme, but the Department confirmed to Gript last year that it was nothing of the sort.

New to the Parish 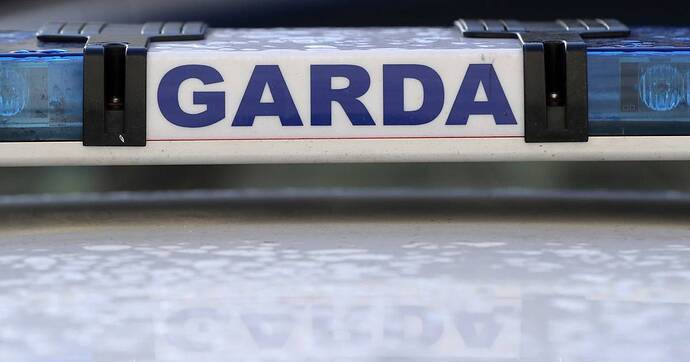 A 37-year-old man has been jailed for 7½ years for breaking into the home of a 91-year-old woman and sexually assaulting her just five months after he arrived in Ireland.

Eugeniu Olan, who is originally from Moldova and moved to Ireland from Italy, pleaded guilty at Waterford Circuit Court in November to charges of burglary, sexual assault and assaulting a police officer in the course of their duty.

He has convictions in Italy for theft, carrying weapons and damage to public property. There, he had been sentenced to more than two years in jail, but it is unclear if this was served.

Local gardaí were alerted at 3.37am, and officers were at the house within three minutes. During a struggle, Olan was “very aggressive” and forced one garda to the ground and then jumped on top of him.

He got the garda in a headlock. The garda feared his arm was going to be broken. Another garda used pepper spray. Faced with more “extremely aggressive” actions, they eventually used batons to subdue Olan.

Olan had arrived in Ireland in February 2021, staying with relatives in Tramore. 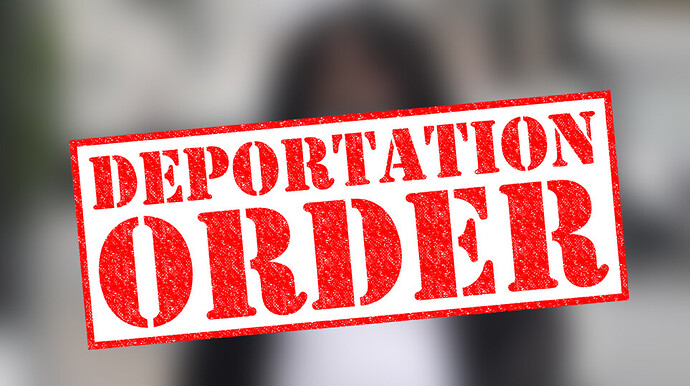 Deportation left up to sexual offender himself - Gript

He had 15 previous convictions.

Will he still be here in two weeks do you think? Why has the state seemingly left it up to someone who is clearly highly toxic and dangerous towards women and girls to make his own way home? Will some legal person decide that making him go home is an horrendous assault on his human rights, and indeed on all of our human rights, and thus begin yet another tax stumped journey via the courts while the threat remains?

These are issues that ought to be immediately addressed by the Minister for Justice who is clearly intent on reducing the dangers that face Irish women from men like Makambda, even if he does fit into some other victimhood box.

Time for the caption competition round. 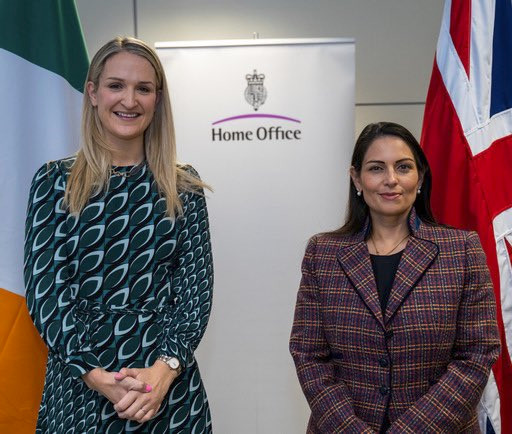